Accessibility links
Get Ready For A Fight To Replace Scalia Congressional Republicans are pledging to confirm no one President Obama appoints to the Supreme Court.

Get Ready For A Fight To Replace Scalia

Get Ready For A Fight To Replace Scalia 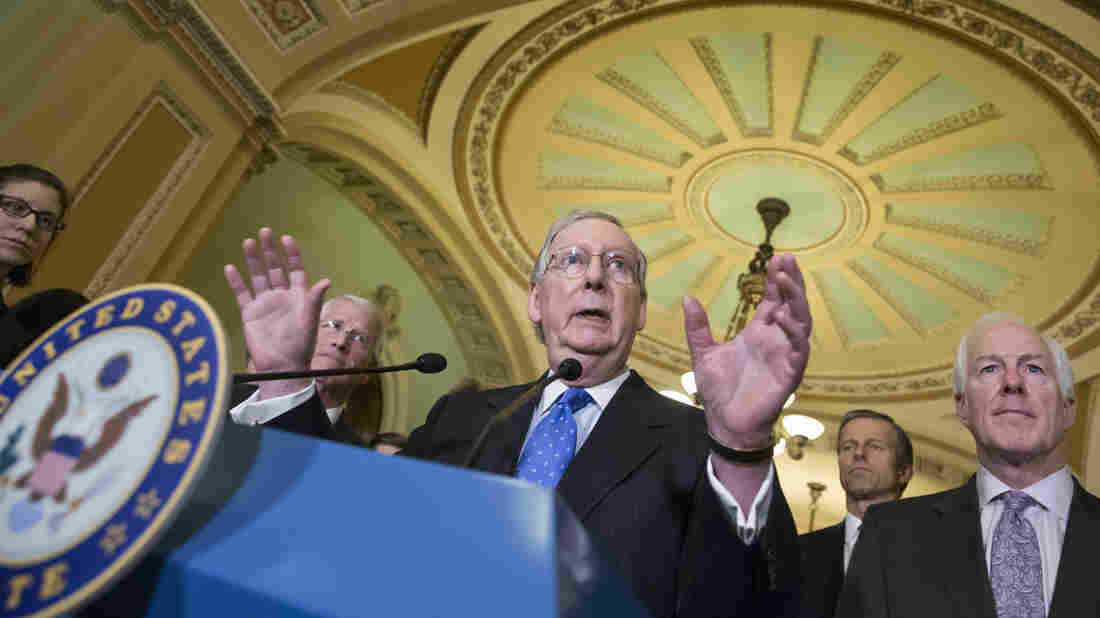 Senate Majority Leader Mitch McConnell of Kentucky is saying a nominee to the Supreme Court to replace the late Antonin Scalia should wait until there's a new president. J. Scott Applewhite/AP hide caption 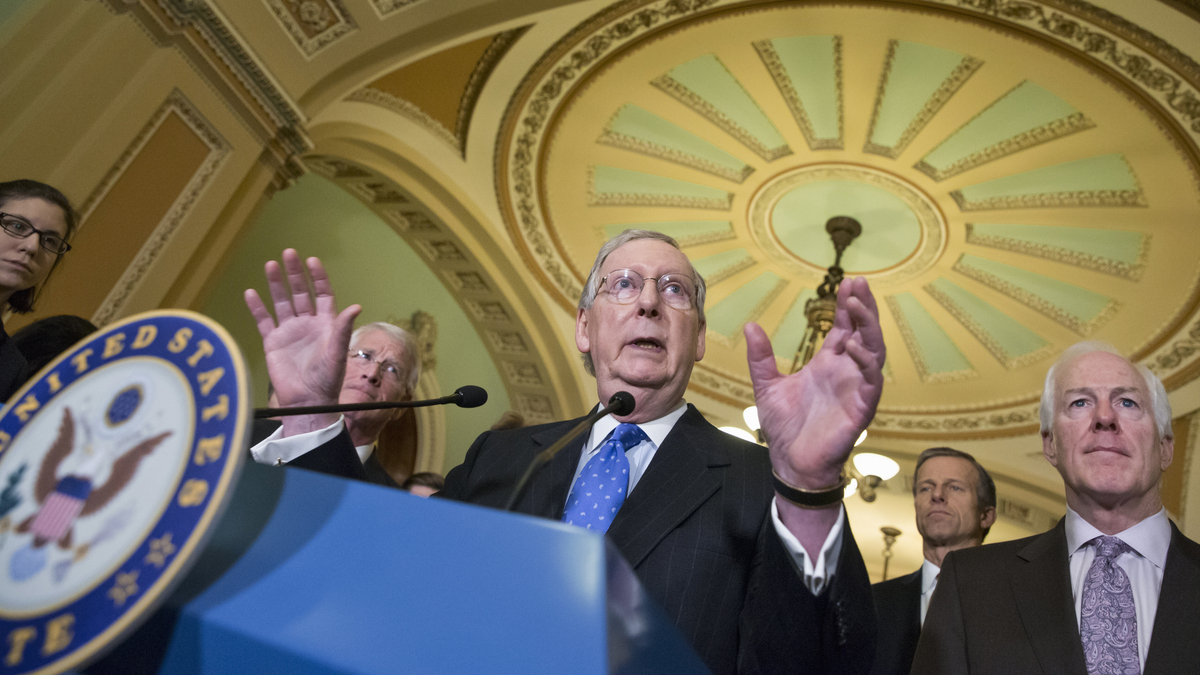 Senate Majority Leader Mitch McConnell of Kentucky is saying a nominee to the Supreme Court to replace the late Antonin Scalia should wait until there's a new president.

So it's only fitting that news of his death at age 79 ignited an immediate and partisan battle over who might take his place on the U.S. Supreme Court.

Senate Majority Leader Mitch McConnell, R-Kent., said the vacancy should not be filled until the new president takes office. And Charles Grassley, the Iowa Republican who leads the Judiciary Committee, which would oversee any nomination, said it's "standard practice over the the last 80 years" for lawmakers to not nominate and confirm such nominees during a presidential election year.

But Democrats are crying foul, pointing out the Senate confirmed Ronald Reagan's nominee Anthony Kennedy by a vote of 97 to 0 in the election year of 1988. (Grassley's staff now says it should have said "nominated and" confirmed.)

President Obama said Saturday evening that, "I plan to fulfill my constitutional responsibilities to nominate a successor in — due time."

The top Democrat in the Senate, Harry Reid of Nevada, called on the president to make a nomination "right away."

"Failing to fill this vacancy would be a shameful abdication of one of the Senate's most essential Constitutional responsibilities," Reid added.

There are nearly 11 months until a new president takes office, and in the interim, the high court will operate with only eight justices. That means if the jurists tie 4 to 4, the ruling in the lower court would stand, an issue that could have implications for the president's immigration and environmental initiatives; the availability of abortions; voting rights and redistricting; and affirmative action in higher education.

"The American people deserve to have a fully functioning Supreme Court," said Sen. Patrick Leahy, the top Democrat on the Judiciary Committee. "It is only February."

The Senate had been scheduled to take frequent breaks for much of 2016, working in home districts and preparing for the forthcoming elections. But the sudden death of Justice Scalia, and the vacancy it creates, could put pressure on lawmakers to spend more time at work, in Washington. To win confirmation, a Supreme Court nominee effectively needs 60 votes. The newest member of the bench, Elena Kagan, was confirmed with just five Republican votes in 2010, and a few of those lawmakers have since left Congress.

President Obama has already named two justices to the court, Kagan and Sonia Sotomayor. In an interview with the New Yorker magazine two years ago, he stressed his emphasis on diversifying the ranks of the federal judiciary by appointing more women and minorities.

A report by the nonpartisan Congressional Research Service said only 36 high-court nominees have been rejected between 1789 and 2010. Eleven were voted down outright, and the remainder were either withdrawn or tabled or otherwise never received Senate votes.

The most recent happened in 1987, when lawmakers nixed the nomination of Robert Bork by a vote of 58 to 42.