Accessibility links
Presidential Candidates Pledge To Undo 'Citizens United.' But Can They? It was a point of agreement between Hillary Clinton and Bernie Sanders at their last debate. It's also supported by some Republican contenders. But that doesn't mean it'll happen easily. 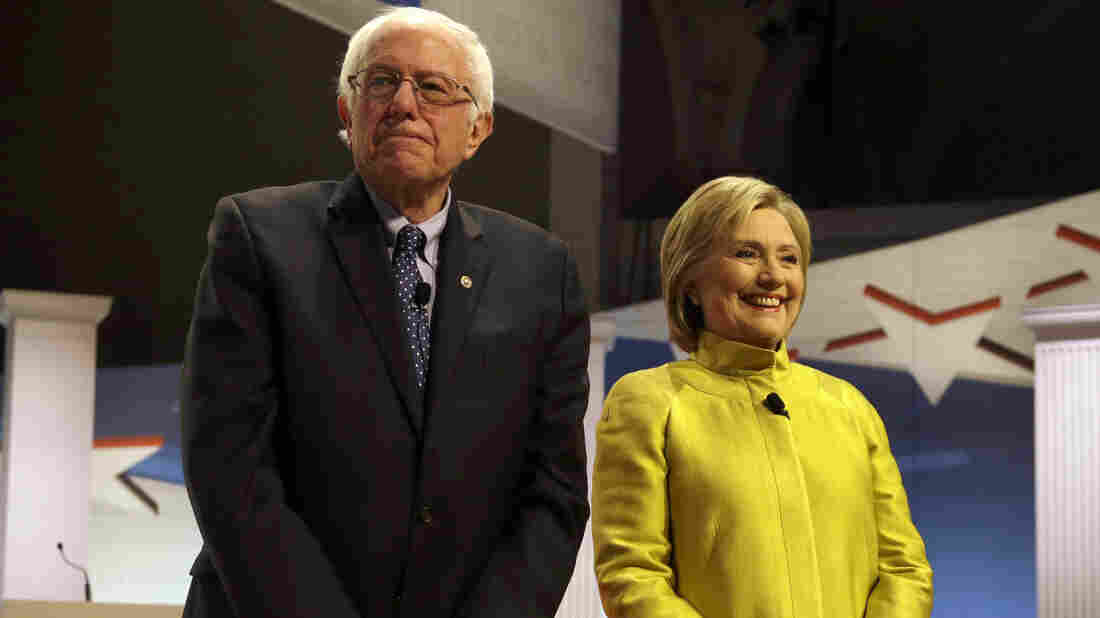 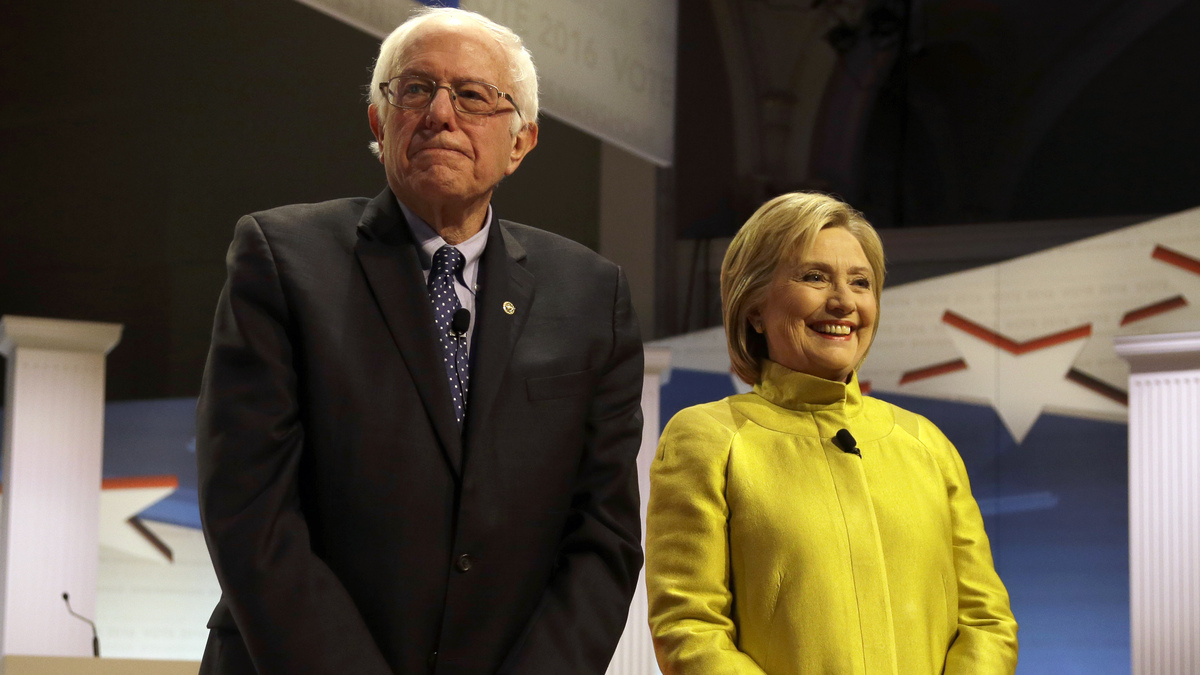 The presidential candidates are wrestling with the issue of political money, which emerged as a bigger issue this cycle than in any presidential race since the 1970s.

Bernie Sanders started last week's Democratic debate with this point: "We have today a campaign finance system which is corrupt, which is undermining American democracy, which allows Wall Street and billionaires to pour huge sums of money into the political process."

And Hillary Clinton, closing the debate, said, "We agree that we've gotta get unaccountable money out of politics."

But they never got to the hard part, said Nick Penniman, director of Issue One, a group building coalitions for new campaign finance laws.

"You've got Bernie, making this one of the two major themes of his campaign," Penniman said. "But when he talks about solutions, he just talks about ending Citizens United."

Citizens United is the 2010 Supreme Court decision that gave set the stage for superPACs and politically active tax-exempt organizations, with their million-dollar donors.

Penniman said of Clinton, "In a kind of 'me too' way, Hillary will mention that she also thinks money in politics is a problem. But she hasn't spoken much about her solutions."

They call for more transparency for big-donor groups, and public financing to boost the impact of small donors. But those require legislation, and Congress has rejected similar proposals in the past six years.

Clinton and Sanders also target Citizens United. They say they would nominate Supreme Court justices who would overturn the ruling. They also vow to push for a constitutional amendment, empowering Congress to limit political spending.

Amending the Constitution requires two-thirds majorities in both the House and Senate, plus ratification by 38 states.

But that can take years.

Penniman said the Democratic candidates are focusing on the wrong things.

"The fact that the dialogue is way out there talking about either amending the Constitution or overturning a Supreme Court decision suppresses the very real focus that we need right now, which is on the stuff that we can get passed regardless of the Supreme Court," he told NPR.

Republicans are having their own debate on campaign finance laws.

Like Sanders, Donald Trump has made money in politics one of the biggest targets of his campaign – and an emblem of his outsider status.

He has called superPACs "horrible" and insists the separation between candidates and the independent groups backing them is a charade. Trump says he supports campaign finance reform, though a specific plan is not available on his website.

When he launched his campaign in June, Trump promised supporters that he would inoculate himself from the influence of donors. "I don't need anybody's money. I'm using my own money. I'm not using the lobbyists. I'm not using donors. I don't care. I'm really rich," Trump said.

He regularly tells crowds, "I don't want your money. I want your vote," as he did in Pendleton, S.C., on Wednesday.

Trump's campaign did bring in nearly $7 million in contributions according to the most recent campaign finance reports, which tracked donations through the end of 2015. But the Trump campaign has asked superPACs using his name to shut down.

The candidate with the most support from a superPAC, Jeb Bush, criticized Citizens United while campaigning in New Hampshire before the primary there, telling a rally, "I would turn that on its head if I could."

Like several other GOP hopefuls, Bush said he wants to eliminate superPACs and let candidates accept unlimited contributions. Federal election law caps money to candidates as an anti-corruption measure – a stance that has survived several Supreme Court challenges. Bush also said he wants contributions to be disclosed within 48 hours.

At Take Back Our Republic, a conservative group working for stronger campaign finance laws, director John Pudner shares Penniman's complaint about the candidates.

"I think focusing on the whole campaign finance reform on Citizens United can be a cop-out," he said in an interview. "There are plenty of measures that can be taken even within that framework to clean up the disastrous campaign finance system we have now."

As one example, both Issue One and Take Back Our Republic want President Obama to sign an executive order requiring federal contractors disclose their political giving. The White House has hinted that such a measure could be coming. Republican leadership on Capitol Hill opposes the idea, along with other transparency proposals.