Accessibility links
Ginsburg And Scalia: 'Best Buddies' Justice Ruth Bader Ginsburg and the late Justice Antonin Scalia were ideologically at the opposite ends of the Supreme Court bench. Despite their dissenting opinions, they were also great friends. 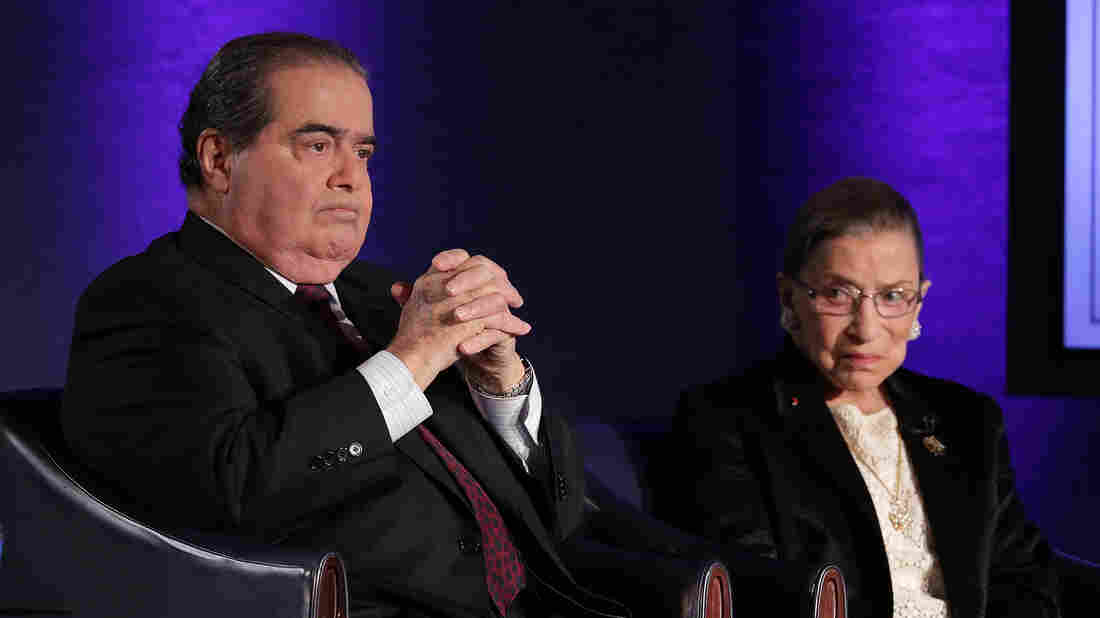 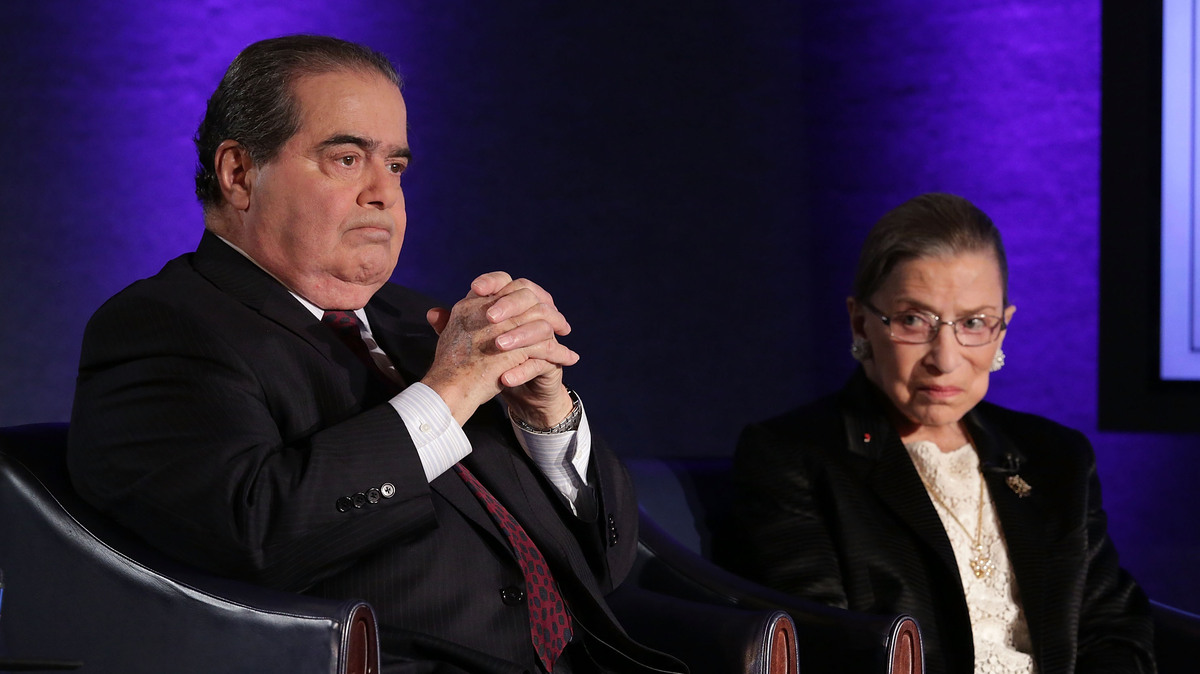 Like many pals, Antonin Scalia and Ruth Bader Ginsburg could have a pretty good argument now and then, but not let it affect their close friendship.

During their time together on the United States Supreme Court, Justice Scalia, a staunch conservative, and Justice Ginsburg, a staunch liberal, rarely found themselves on the same side of controversial issues. But in an era when political divisions drive many in Washington apart on a personal level, their disagreements remained intellectual.

"We were best buddies," Ginsburg wrote after Scalia died on Saturday. The two first served together in the early 1980s on the federal circuit court in Washington, D.C., from which each was chosen to be nominated for the Supreme Court.

They served together on the high court for more than 22 years, from when Ginsburg joined Scalia on the court in August of 1993, until Scalia's death.

"They liked to fight things out in good spirit — in fair spirit — not the way we see debates these days on television," NPR's Nina Totenberg recalled on the NPR Politics Podcast.

And Ginsburg admitted once that Scalia made her better. One night last year when the two justices appeared onstage for an interview together in Washington, D.C., Ginsburg talked about a time when Scalia showed her his dissenting opinion in a case before she had finished the majority opinion.

"I took this dissent, this very spicy dissent and it absolutely ruined my weekend," Ginsburg said. She made some tweaks to her own argument.

Their friendship was revealed that night, according to Totenberg, who moderated. "There were a lot of laughs. They really did a lot of jokes at each other's expenses and also to compliment each other," she said.

As reported at the time, Ginsburg explained why she had fallen asleep during the State of the Union address just a few weeks before. She had vowed not to have wine with dinner that night: "Just sparkling water, stay away from the wine. But in the end, the dinner was so delicious it needed wine to accompany it."

Among other things, the two bonded over their love of opera. In 2013, a law school graduate from Maryland set their arguments to music.

Ginsburg noted the performance in the statement she released to honor Scalia after his passing:

Toward the end of the opera Scalia/Ginsburg, tenor Scalia and soprano Ginsburg sing a duet: "We are different, we are one," different in our interpretation of written texts, one in our reverence for the Constitution and the institution we serve. From our years together at the D.C. Circuit, we were best buddies. We disagreed now and then, but when I wrote for the Court and received a Scalia dissent, the opinion ultimately released was notably better than my initial circulation. Justice Scalia nailed all the weak spots — the "applesauce" and "argle bargle" — and gave me just what I needed to strengthen the majority opinion. He was a jurist of captivating brilliance and wit, with a rare talent to make even the most sober judge laugh. The press referred to his "energetic fervor," "astringent intellect," "peppery prose," "acumen," and "affability," all apt descriptions. He was eminently quotable, his pungent opinions so clearly stated that his words never slipped from the reader's grasp.

Justice Scalia once described as the peak of his days on the bench an evening at the Opera Ball when he joined two Washington National Opera tenors at the piano for a medley of songs. He called it the famous Three Tenors performance. He was, indeed, a magnificent performer. It was my great good fortune to have known him as working colleague and treasured friend.