Accessibility links
In Fight For Ballot Access, 'Moral Turpitude' Becomes A Litmus Test In One State Alabama bars felons convicted of crimes of "moral turpitude" from regaining voting rights. But defining such crimes is subjective. An estimated 15 percent of black adults in Alabama can't vote. 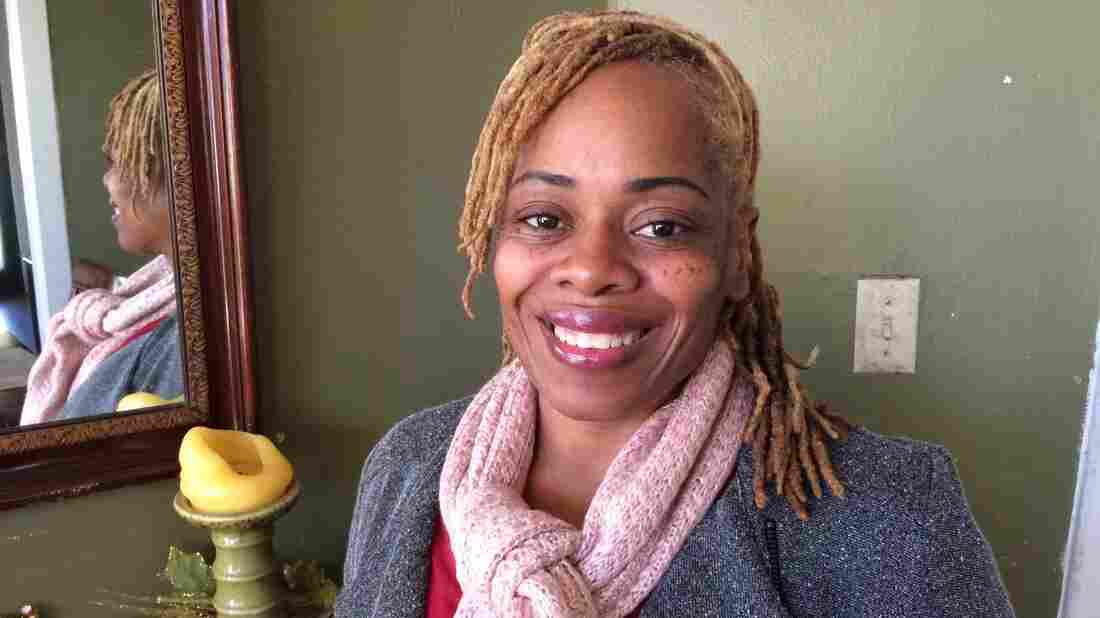 Martha Shearer got her voting rights back after serving time for a drug conviction. But her brother, convicted of a similar crime, was not able to get his voting rights restored. Gigi Douban/WBHM hide caption 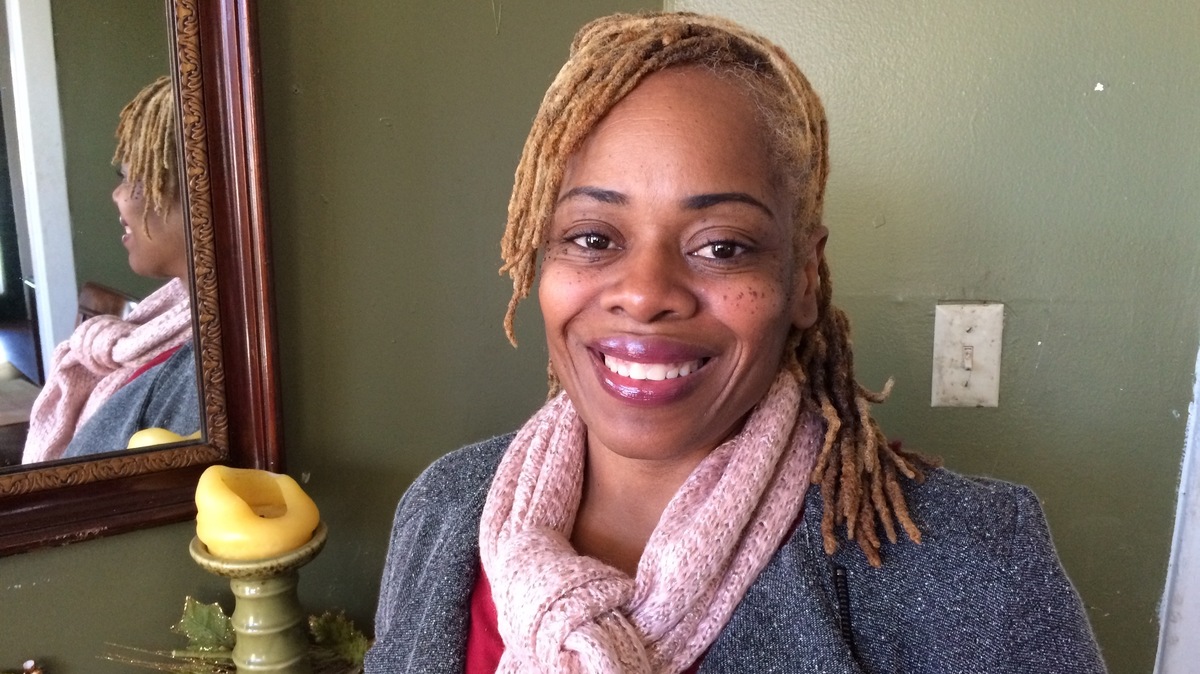 Martha Shearer got her voting rights back after serving time for a drug conviction. But her brother, convicted of a similar crime, was not able to get his voting rights restored.

The 1980s and '90s were wild and dangerous times for Martha Shearer. Not only did she do crack cocaine. She sold it. One day, she was waiting for a shipment.

"I was at my mom's house, and I received a call, told me my package was at my house. I went home. And when I went in and got the package, I was on my way back out the door, and the feds were coming in," said Shearer.

A few months pregnant with her second son, Shearer was sentenced to five years in prison. When she got out of prison, she successfully applied to her local county board of registrars to have her voting rights restored.

Several years later, Shearer's brother got a similar felony drug conviction but the same board of registrars denied his petition to get his voting rights back. It turns out her brother's slightly different charge was considered a crime of moral turpitude.

Say what? While millions of Americans with past criminal convictions have a relatively straightforward process to getting their voting rights restored, Shearer and her brother were caught up by a wrinkle in Alabama's law that critics describe as confusing and arbitrary.

Moral turpitude is "defined by the Alabama Supreme Court as being something that's a wrong in and of itself," said Edward Still, a civil rights attorney in Birmingham. "I always joked for a long time that if it was in the Ten Commandments, it was probably a crime of moral turpitude."

If only it were that simple. Public drunkenness, speeding, attempted burglary. None of these is a crime of moral turpitude, at least according to past court rulings. But burglary is.

Former felons in each of Alabama's 67 counties might get 67 different answers to whether their crime was one of moral turpitude. It's a big issue in Alabama, where 15 percent of African-American adults cannot vote, according to a study by The Sentencing Project.

Alabama is just one of a handful of states that even consider moral turpitude when it comes to voting rights.

"Alabama ends up having one of the most confusing, complicated and harsh laws because of this really ambiguous definition of moral turpitude," said Tomas Lopez, an attorney with the Brennan Center's Democracy Program.

A committee of lawmakers, former felons, and activists is working to change the law. It will come up with clear guidelines on moral turpitude and draft legislation this session.

Shearer, for one, says such a change can't come soon enough. When she first got her voting rights restored, Barack Obama was running for president and she wanted to be a part of the process.

"It was very important to me to be able, because everybody knows that's history," said Shearer.

She voted then, and in every election since, from presidential to city council races. And she encourages other ex-felons to at least apply for the right to vote.

A new law, proponents say, will make the process more about rules and less about luck.