Accessibility links
For 20 Minutes, The Grammys Transcend The Awards-Show Blahs The awards themselves went more or less as expected. But two performances, one from Broadway's Hamilton and one an extended medley by Kendrick Lamar, overwhelmed everything that surrounded them. 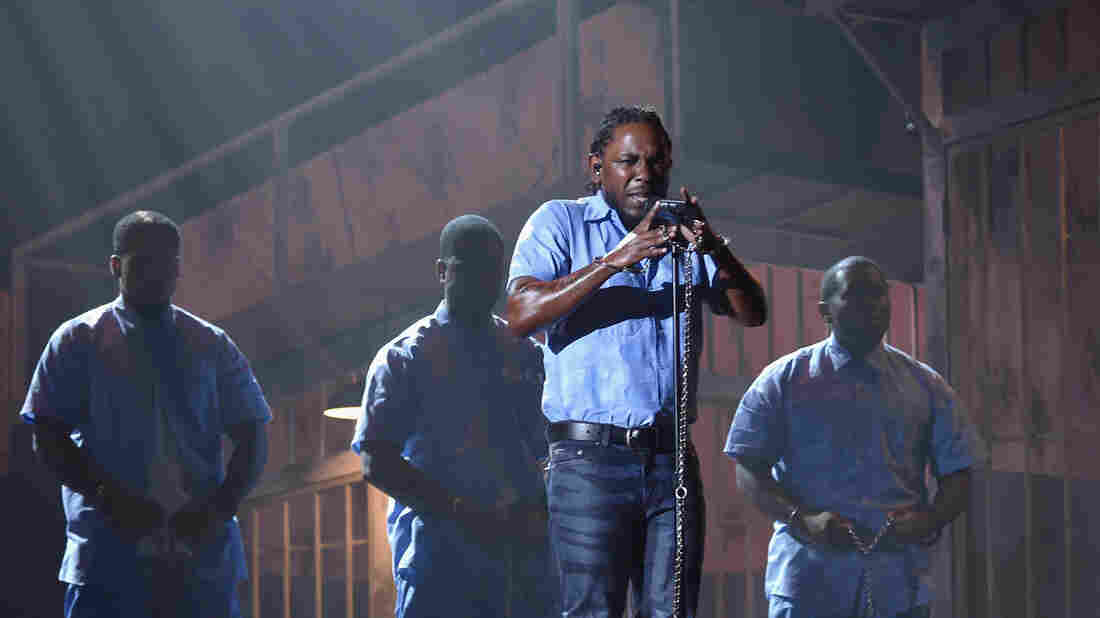 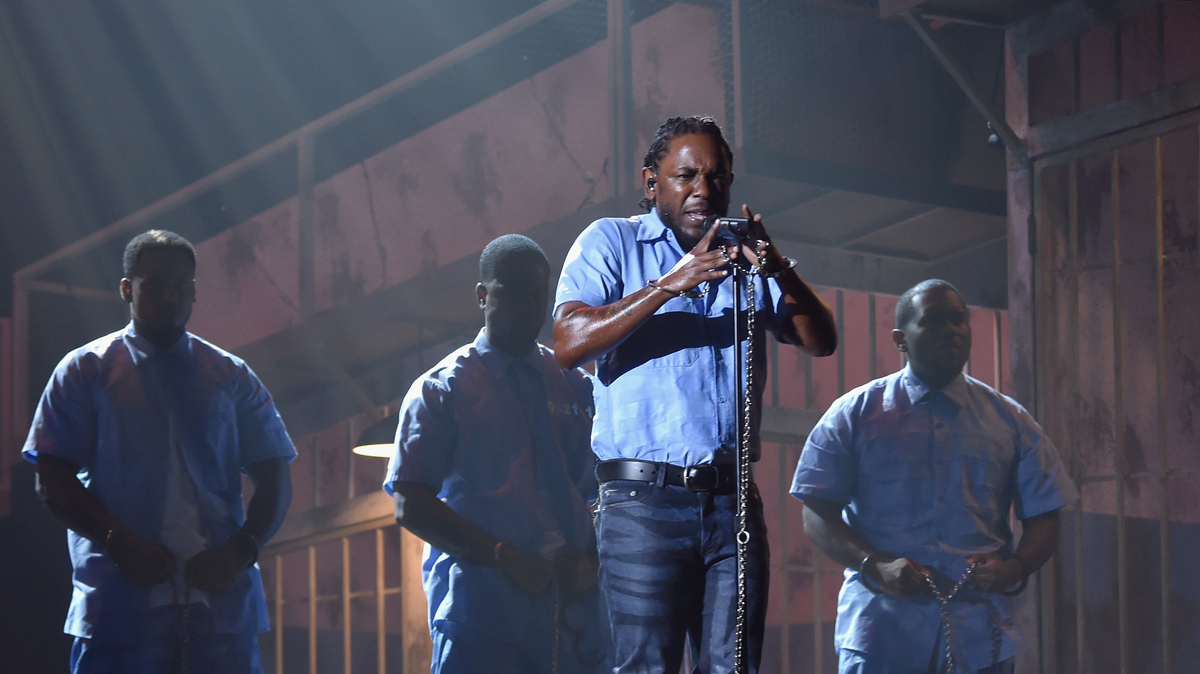 Sometime tomorrow, Linda Holmes and I will break down Monday night's Grammys telecast in a Small Batch edition of Pop Culture Happy Hour. And, for a variety of reasons, we're not likely to spend much time on the awards themselves.

The headlines there, after all, aren't shocking: Taylor Swift's 1989 won Album Of The Year, beating out Kendrick Lamar's more creatively ambitious and critically heralded To Pimp A Butterfly. Mark Ronson and Bruno Mars' "Uptown Funk" won Record Of The Year, which was hard to dispute, while Song Of The Year went to Ed Sheeran's "Thinking Out Loud," which was all too easy to dispute, if you're me. Meghan Trainor won Best New Artist, while the year's heavily nominated standard-bearers in rock (Alabama Shakes), country (Chris Stapleton), and hip-hop (Lamar) largely dominated their fields.

This Grammys transcended the usual awards-show industry showcase in two performances, set back to back in a manner that proved almost disorientingly powerful. First, the cast of Broadway's Hamilton performed "Alexander Hamilton" on stage in New York, giving many wannabe ticket-holders their first live look at the massively celebrated musical. That gave way almost immediately to a stunning Kendrick Lamar medley of "The Blacker The Berry" and "Alright," followed by a riveting, fiercely political new song — all of it as vital as anything seen on a Grammys stage. Then, with barely a moment for the audience to catch up, the Hamilton cast was awarded its inevitable Grammy, at which point composer and performer Lin-Manuel Miranda rapped a giddy, thrilling acceptance speech.

You'd be forgiven for thinking the rest of the show couldn't measure up, though grabby performances abounded, from a lengthy David Bowie medley performed by Lady Gaga to fine showcases for the likes of Alabama Shakes, Chris Stapleton and Andra Day. Even the wobblier moments — an Adele song that suffered from technical and vocal difficulties, a Lionel Richie medley that rarely cohered, an up-and-down Justin Bieber showcase — got people talking, which is, after all, one of any awards show's primary goals. This one achieved that. And, for about 20 essentially perfect minutes, it did much, much more.