Accessibility links
W Is Back: 6 Quotes From Campaigning For Jeb Bush Former President George W. Bush hit the campaign trail for his brother in South Carolina Monday. He brought some self-deprecating humor and defended his record as president during and after Sept. 11.

W Is Back: 6 Quotes From Campaigning For Jeb Bush

W Is Back: 6 Quotes From Campaigning For Jeb Bush 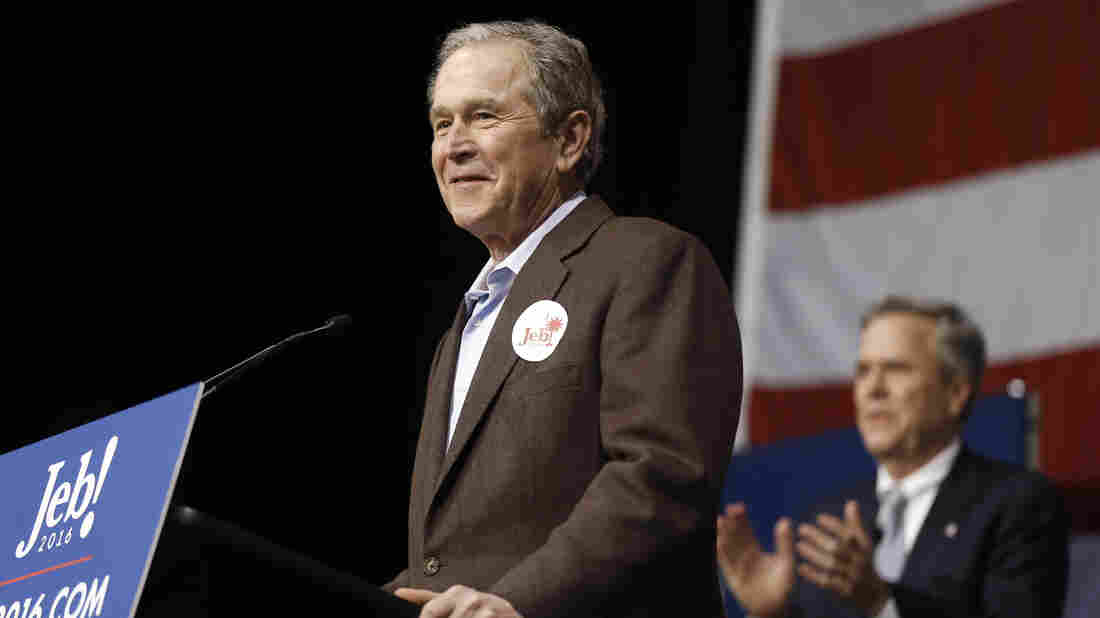 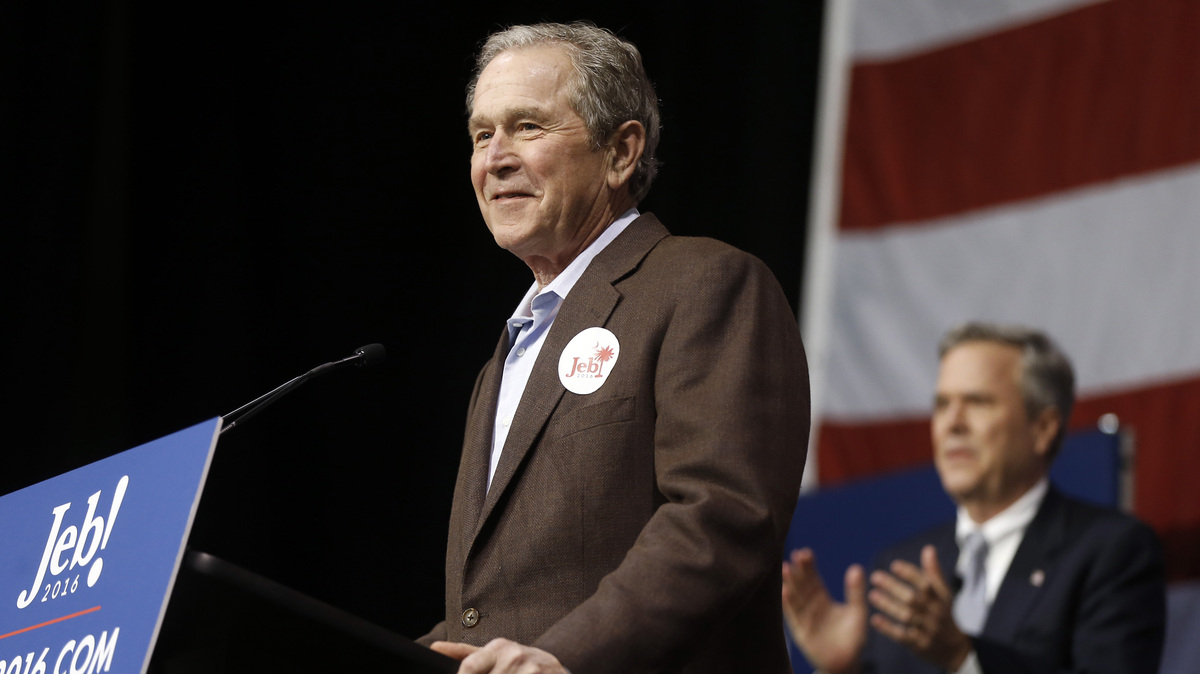 Jeb Bush, the son and brother of former presidents, started his campaign promising voters, "I am my own man." However, Bush's standing in polls has steeply declined, and now he is bringing back his brother George W. Bush for help in a place where George W. is still very popular — South Carolina.

The brothers were together on the campaign trail this weekend in the Palmetto State ahead of South Carolina's primary in hopes of giving Jeb Bush a boost. And George W. could help. The former president won South Carolina's GOP primary in 2000, a victory that resurrected his candidacy.

The former president, who has largely remained out of public view since leaving the White House, seemed at ease during a campaign stop Monday in North Charleston. He joked about his new passion for oil painting and made veiled criticisms of Donald Trump. Bush said it's important not to stoke voter anger and defended his record on Sept. 11, which Trump has recently criticized. Here are six quotes from W that stood out:

1. " 'Misunderestimated' most of my life"

"I've written two books, which has surprised a lot of people, particularly up East, who didn't think I could read, much less write. I've been one to defy expectations — I've been 'misunderestimated' most of my life. And as a real shock to people, I have become an oil painter. But let me assure you, I know that the signature is worth more than the painting."

"Being your president was a high privilege, and the honor of a lifetime. By the way, if serving as president of the United States makes me a part of the so-called establishment, I proudly carry that label. There seems to be a lot of name-calling going on, but I want to remind you what our good dad told me one time: Labels are for soup cans."

4. "The strongest person usually isn't the loudest one in the room"

"Strength is not empty rhetoric. It is not bluster. It is not theatrics. Real strength, strength of purpose, comes from integrity and character. And, in my experience, the strongest person usually isn't the loudest one in the room."

5. Walking through the details of Sept. 11

"When Americans woke up on Sept. 11, we did not know that the world would forever change that day. I was sitting in a classroom in Florida listening to a child read. My chief of staff, South Carolina graduate Andy Card, whispered in my ear, 'A second plane has hit the second tower. America is under attack.' My first reaction was, I was hot. We're going to deal with these people. My second reaction, when I was staring at this young child, was that my job became crystal clear, and that was to protect her, her community and her country. On the way to Air Force One from that school, Condi [Condoleezza Rice] called me and said a plane had hit the Pentagon. I felt the first one was an accident, the second was an attack and the third one was a declaration of war. I became something that no president should ever want to be, a wartime president."

6. Jeb is a man of "humility" and "surrounds himself with people who do know what he doesn't know"

"Jeb is a man of humble, deep and genuine faith. Faith that reveals itself through good works, not loud words. I think you should look for someone whose humility helps him understand what he doesn't know and surrounds himself with people who do know what he doesn't know."