Accessibility links
Is It Time To Reconsider Lifetime Appointments To The Supreme Court? Life tenure was meant to insulate justices from politics, but the clash building between President Obama and the GOP-controlled Senate after Antonin Scalia's death shows how that hasn't panned out.

Is It Time To Reconsider Lifetime Appointments To The Supreme Court?

Is It Time To Reconsider Lifetime Appointments To The Supreme Court? 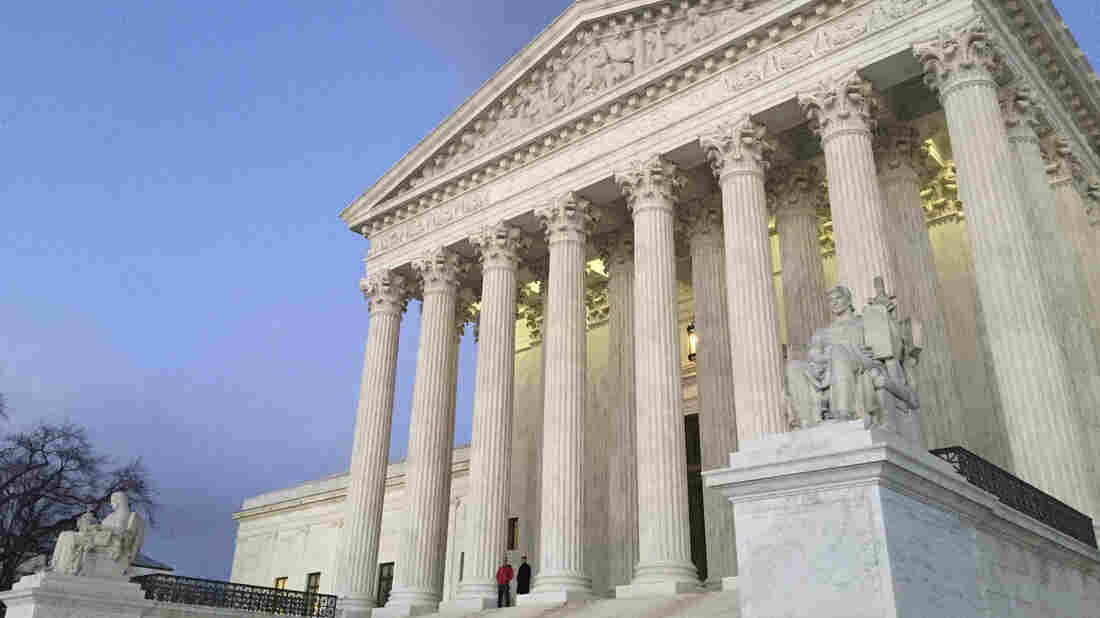 With the quick political reaction following the death of Justice Antonin Scalia, legal scholars are wondering if having more frequent picks to the Supreme Court would reduce the rancor. Jon Elswick/AP hide caption 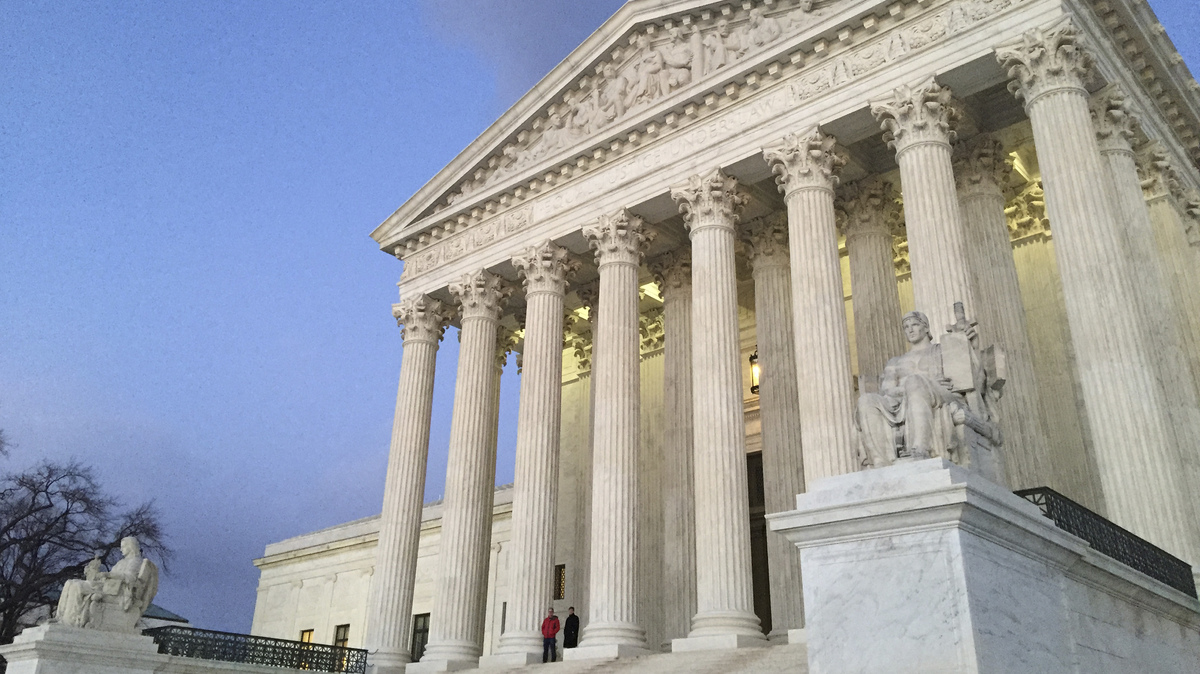 With the quick political reaction following the death of Justice Antonin Scalia, legal scholars are wondering if having more frequent picks to the Supreme Court would reduce the rancor.

The unexpected death of Justice Antonin Scalia and the looming face-off between the White House and the Senate over his replacement have revived proposals that would limit the tenure of U.S. Supreme Court justices.

Legal scholars from both political parties renewed a call Tuesday to reconsider how much time justices spend on the high court. Many of them cited, with disapproval, a bruising and protracted clash building between President Obama and the GOP-controlled Senate over when and how to fill Scalia's vacancy.

"The point of life tenure is to keep justices insulated from politics," said George Washington University law professor Orin Kerr. "That didn't quite pan out."

For years now, lawyers have been floating proposals that future high-court justices spend no more than 18 years at a time on the Supreme Court bench. The plan would space out appointments, so presidents would make appointments every two years, supporters said. That would bring regular turnover and fresh thinking to the court — and align with the longer life spans of Americans since the nation's founding, they argue.

"It just sounds undemocratic," said Gabe Roth, executive director of an advocacy group called Fix the Court, about the lifetime court appointments. "There's definitely concern about the justices being out of touch. There have been a number of cases with modern technology, whether it be smartphones or bulk data collection or different types of ways of getting TV over the airwaves or over the Internet."

Thomas Merrill, a law professor at Columbia University and a former deputy U.S. solicitor general (1987-1990), said he's been "a little bit skeptical" of the idea of term limits for Supreme Court justices. But, Merrill said, his thinking has evolved.

"My current cautious endorsement of this is based on the perception that the whole issue of appointments to the Supreme Court has become incredibly contentious, partisan, political, almost to the point where the political system freezes up, as we're witnessing right now with the Scalia death," Merrill said. "It would be a good thing not to have the type of Armageddon it looks like we're about to have."

Term-limit supporters point to a 2015 poll by Reuters/Ipsos, after high-profile rulings on Obama's health care legislation and same-sex marriage, that suggested two-thirds of respondents would support a 10-year limit on tenure on the Supreme Court.

But actually changing the system could be remarkably difficult for a political system that's already near paralysis. Some lawyers said the change could be made by lawmakers, but others have concluded it would require amending the Constitution. To do that, the House and Senate would need to vote their support, and then three-quarters of the states would have to approve. Another path would be for two-thirds of the states to call for a Constitutional Convention.

"Not likely, but possible," Kerr of George Washington University said. "We'll see how this year goes. It may become unbearable with the president and the Senate duking it out every day."