Accessibility links
Review: Yuck, 'Stranger Things' The London grunge-pop band may not make the rules, but it knows just how to tweak them for maximum emotional resonance. 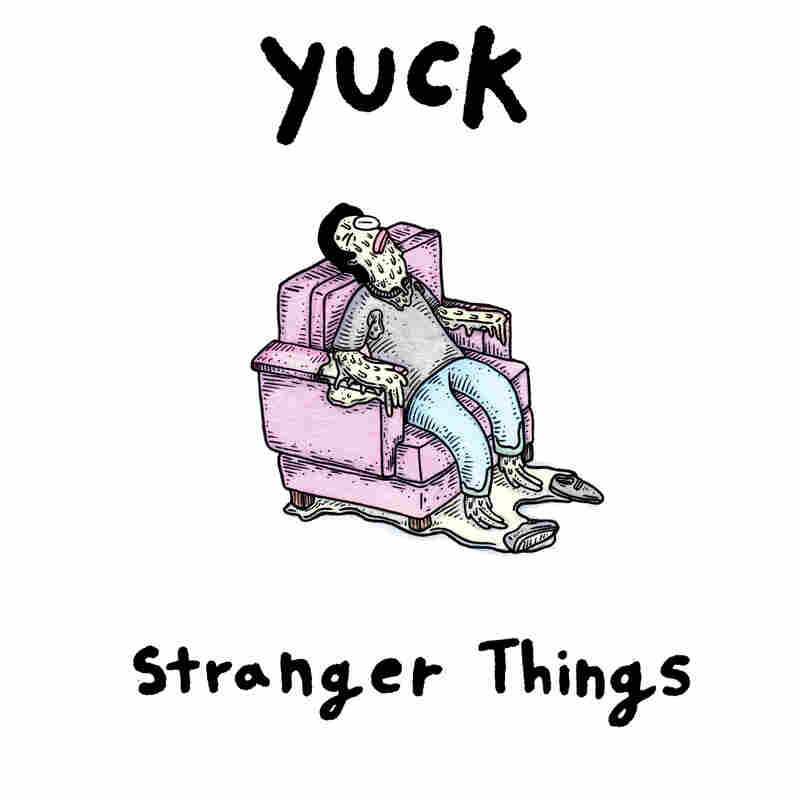 Between the release of Yuck's self-titled 2010 debut and the arrival of its 2013 follow-up, Glow & Behold, lead singer and chief songwriter Daniel Blumberg left the London grunge-pop band. Those duties then fell on guitarist Max Bloom, who was tasked with righting the ship and managing the expectations of a fan base that had fallen in love with Yuck's expert re-purposing of '90s indie-rock influences.

It was the kind of moment that most bands don't survive. But here we are with a third Yuck album, Stranger Things, in which Bloom and his colleagues — bassist Mariko Doi, guitarist Edward Hayes and drummer Jonathan Rogoff — employ a back-to-basics approach. Recording at home on a shoestring budget, they benefit greatly from the twin luxuries of creative control and isolation. Yuck leaps out of the blocks with the fuzzed-out bass and lighter-in-hand sway of "Hold Me Closer," as well as the playfulness of "Cannonball." But once the group gets to the title track, you can almost sense the new Yuck snapping into place.

Time will tell whether it's the weight of expectations being lifted or merely a shift in influences — Archers Of Loaf and Superchunk swapped out for Teenage Fanclub and Real Estate — but Stranger Things marks that moment where the band stops playing to the room and starts speaking directly to listeners. With no outside forces pushing the band, "As I Walk Away" and "Down" achieve a lightness that's new to Yuck but suits the group well.

"Yr Face" closes Stranger Things with a crowd-pleaser that could pass for a Built To Spill outtake; it's attacked with such wide-open, spaced-out fuzz, it sounds like an eternal set-closer. It's the kind of song Yuck does best: The band may not make the rules, but it knows just how to tweak them for maximum emotional resonance.