Accessibility links
Trump Opponents Try To Build Property Rights Into A S.C. Primary Issue A campaign ad by Sen. Ted Cruz is using Donald Trump's support of eminent domain – when the government takes private land for public or commercial use – against him. 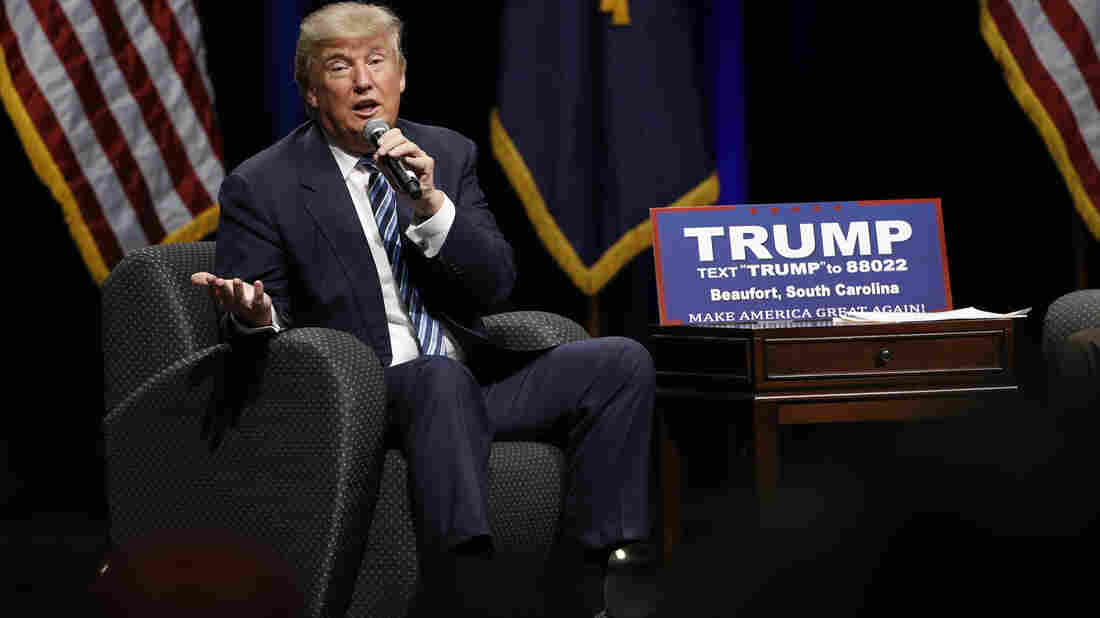 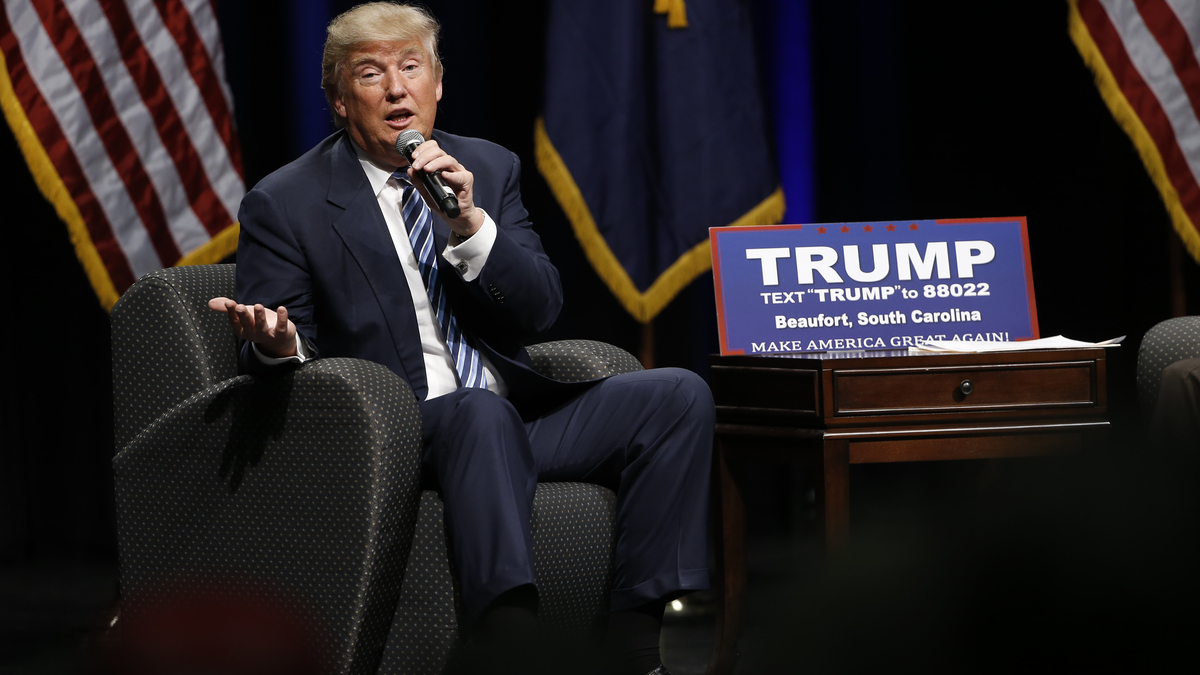 Donald Trump speaks during a campaign stop on Tuesday in Beaufort, S.C. The state holds its Republican presidential primary this weekend.

Eminent domain isn't one of those issues — like abortion or foreign policy — that's guaranteed to come up every election cycle. But the slightly wonky debate over when property owners should be forced to give up land for the public good is coming up this year — especially in South Carolina, where Republicans hold their primary this weekend.

It's a real concern for some residents of South Carolina, like Jackie Bartley, who lives on a farm near Jackson. Bartley says she has recently had surveyors along her property line. She worries that has something to do with the proposed Palmetto Pipeline, which would carry petroleum through the region.

Pipeline developer Kinder Morgan says it's working with property owners to get permission to build along the route. But the company is also fighting for the right to use eminent domain in cases where deals can't be reached.

"I think people should be able to keep their property and not have to sell it if they don't want to — especially a private company like this, to take your land," Bartley says.

Bartley says it gave her pause when she heard that Donald Trump had tried and failed to expand parking at one of his New Jersey casinos through eminent domain.

"I don't think people should be able to do that — I don't care how much money they've got," she says.

The issue has surfaced twice recently on the Republican debate stage, where Trump has been on the defensive.

Meanwhile, Texas Sen. Ted Cruz is trying to make it a problem for Trump in South Carolina and beyond. In a Cruz campaign ad, a group of children play with a Trump doll, which tries to take over the playroom through eminent domain.

The issue is also being debated in the South Carolina Legislature. This week, state senators discussed legislation that would block the Palmetto Pipeline developers from condemning private land by barring most private, for-profit companies from using eminent domain.

One of the bill's co-sponsors, Republican Sen. Shane Massey, says the debate has been heating up in South Carolina.

"When you use words like eminent domain, or you start talking about condemnation, lots of times people don't understand the legal jargon. But they surely understand it when you're coming to take their land," he says.

Even so, Massey says he doesn't see this local issue chipping away at very much of Trump's support in the state.

"I think most of his supporters are loyal enough that they're gonna stick with him regardless of what he says. At least that appears to be the case so far," Massey says.

For landowner Jackie Bartley, Trump's past support of eminent domain is "points against him," but he's still high on her list. She says she's still leaning toward voting for him — or maybe, Cruz.