Accessibility links
Top Wonks Take Aim At Sanders Economic Estimates Ex-chairs of the Council of Economic Advisers are blasting an analysis from UMass-Amherst professor Gerald Friedman that Bernie Sanders' camp has praised recently. Do their opinions matter to voters? 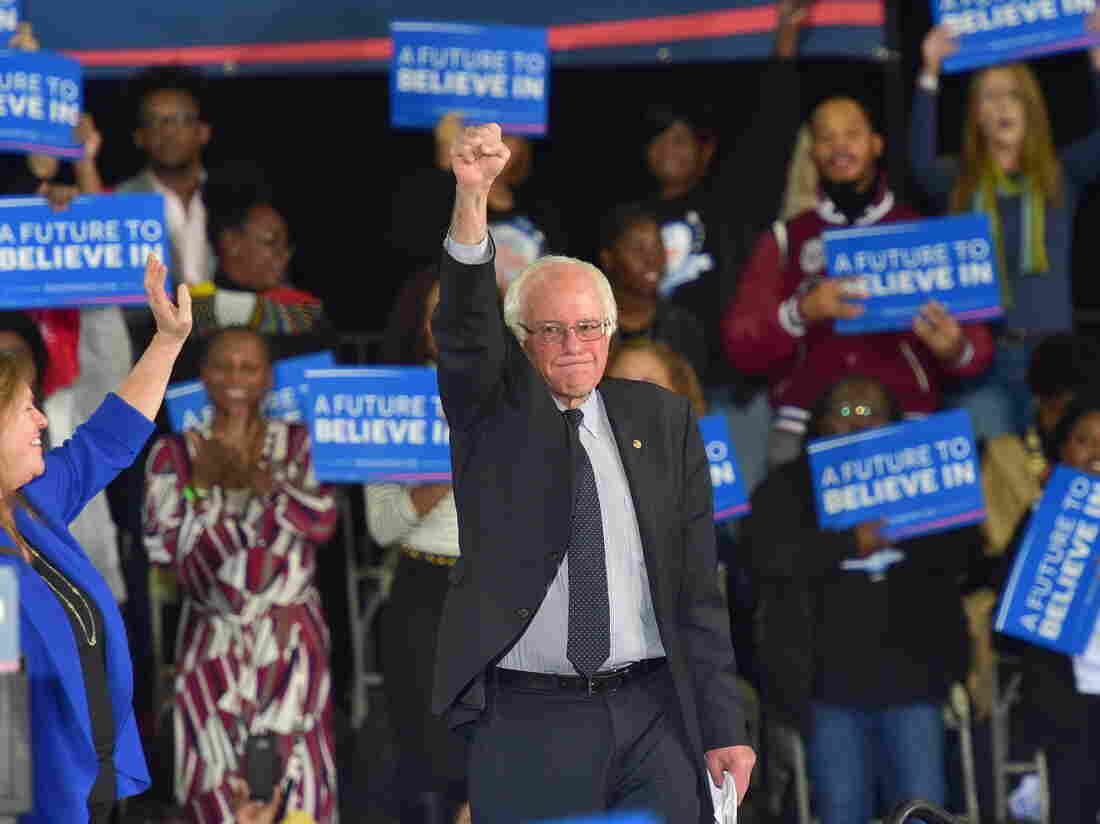 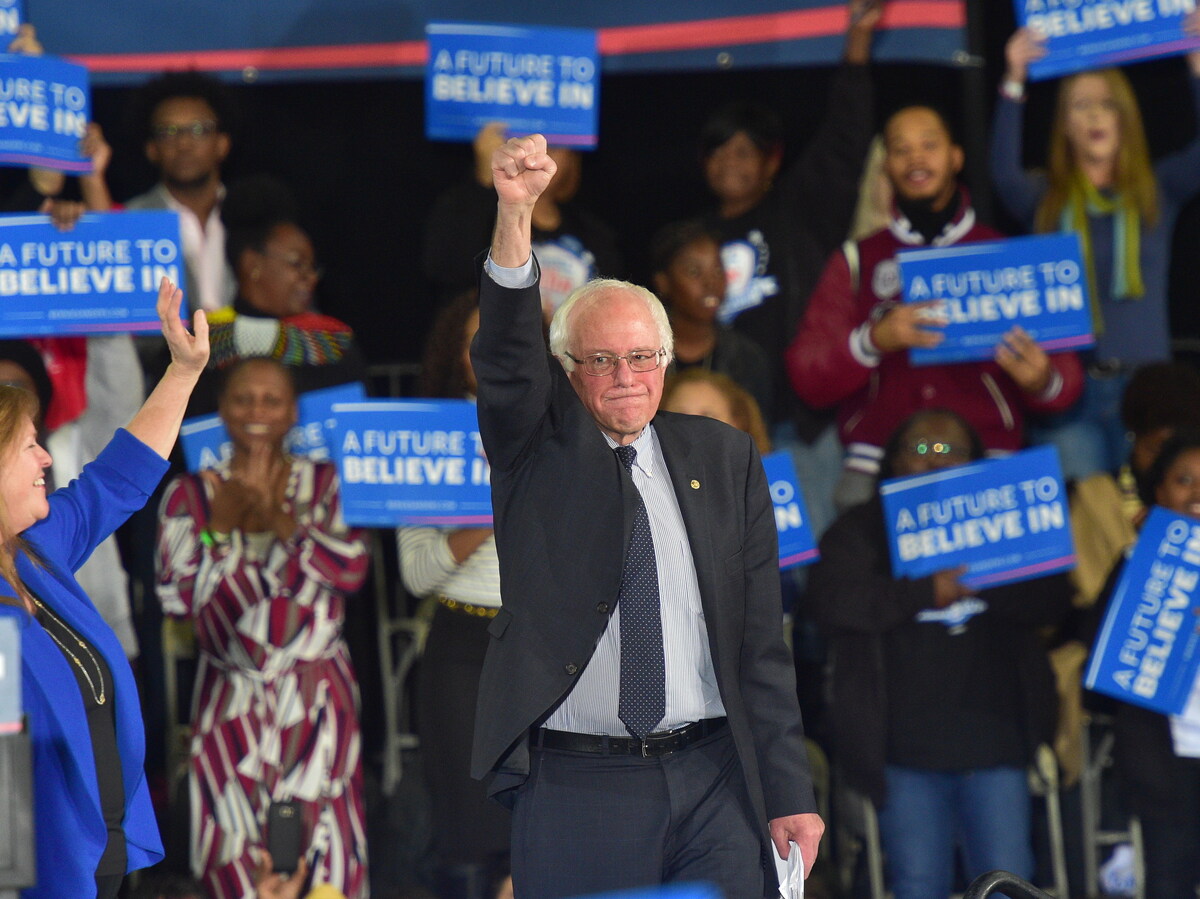 In an "open letter" posted Wednesday morning, former Council of Economic Advisers chairs blast a recent analysis from UMass-Amherst economics professor Gerald Friedman that the Sanders camp has praised in recent weeks. The economists take aim at Friedman's estimates that Sanders' economic plans would create 3.8 percent unemployment and boost median incomes by $22,000, as CNN reported. It would also boost GDP by 5.3 percent — far more than Jeb Bush's 4 percent growth promise (which many commentators, this one included, said looked overly optimistic).

"We are concerned to see the Sanders campaign citing extreme claims by Gerald Friedman about the effect of Senator Sanders's economic plan — claims that cannot be supported by the economic evidence," wrote Austan Goolsbee, Alan Krueger, Christina Romer and Laura D'Andrea Tyson. The first three were CEA chairs under Obama. Tyson served under Bill Clinton. Romer and Krueger were listed as advisers to the Clinton campaign last year.

"These claims undermine the credibility of the progressive economic agenda and make it that much more difficult to challenge the unrealistic claims made by Republican candidates," they added.

The Sanders campaign says that it didn't commission Friedman's analysis, but policy director Warren Gunnels did tell the Pittsburgh Post-Gazette days ago that he wished it would get more attention.

In January, Friedman also estimated that Sanders' single-payer "Medicare for all" plan would cost nearly $13.8 trillion over 10 years.

This is the second blow to the Sanders campaign this week from liberal economists. Goolsbee and other left-leaning economists, like the Center on Budget and Policy Priorities' Jared Bernstein, also questioned the Sanders agenda in a New York Times story.

The feasibility of Sanders' plans also came up in the last Democratic debate, when moderator Judy Woodruff asked Sanders if there would be "any limit to the size of government" under his administration. Clinton also took the opportunity to attack his single-payer, "Medicare for all" health care plan.

The good news for Sanders: It's hard to see the economics-wonks' opinions swaying broad swaths of voters. Or, as Vox's Matt Yglesias put it Wednesday morning:

Fair enough. So do attacks like this matter at all?

To a certain degree, the increased scrutiny is a good sign for Sanders, said Hans Noel, a professor in Georgetown University's government department. In the "discovery-scrutiny-decline" cycle that political scientists like John Sides and Lynn Vavreck say candidates follow, more scrutiny means that more people are looking at Sanders and taking him seriously.

Scrutiny increases pressure on a campaign and the candidate. It's also a sign of where Sanders can expect his biggest trouble to come from, Noel adds.

"They're going to be part of a signal of where the conversation can go in the party in the future, especially if Sanders seems to do well," Noel said.

Long story short: It's easy to see a GOP candidate hitting Sanders with this in a general-election debate: Even LIBERAL economists have doubts about your programs.

That, of course, is fire the Clinton campaign would love to fan. And these sorts of substantive criticisms add fuel to that fire, Noel adds.

"This suggests there is a number of people who are not against Sanders merely because the party is for Clinton ... but because they actually see flaws in his candidacy," Noel said.

But then, these aren't just any economists; they're former White House economists, one of whom served under Clinton's husband. And because of that, the Sanders campaign is using these criticisms to maintain its outsider message.

Gunnels told NPR these four economists are "the establishment of the establishment" and added that his campaign has 130 people — a list that includes academics but also employees of nursing organizations — who have endorsed Sanders' health care plan.

As for whether he was worried about these sorts of criticisms hurting the campaign in the future, he said no.

"That does not bother us at all," he said. "What bothers us is the fact that the U.S. has more kids living in poverty than nearly any major country on Earth."