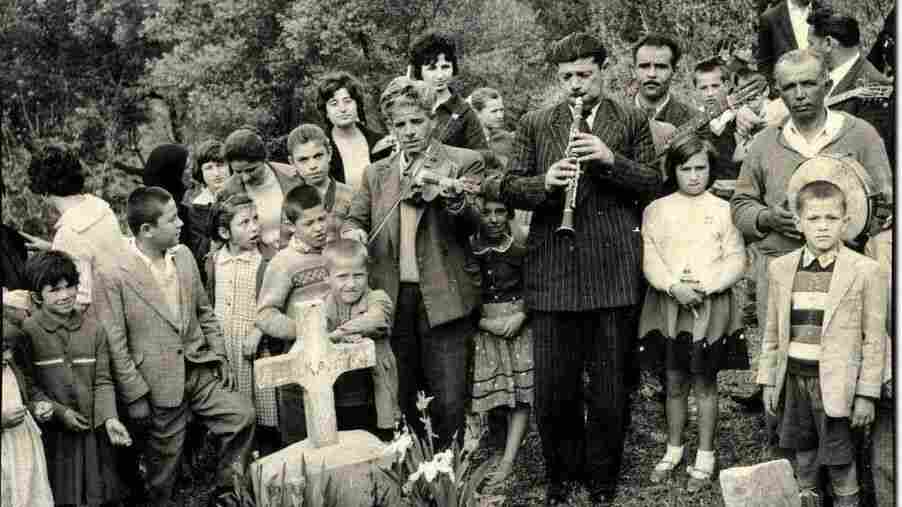 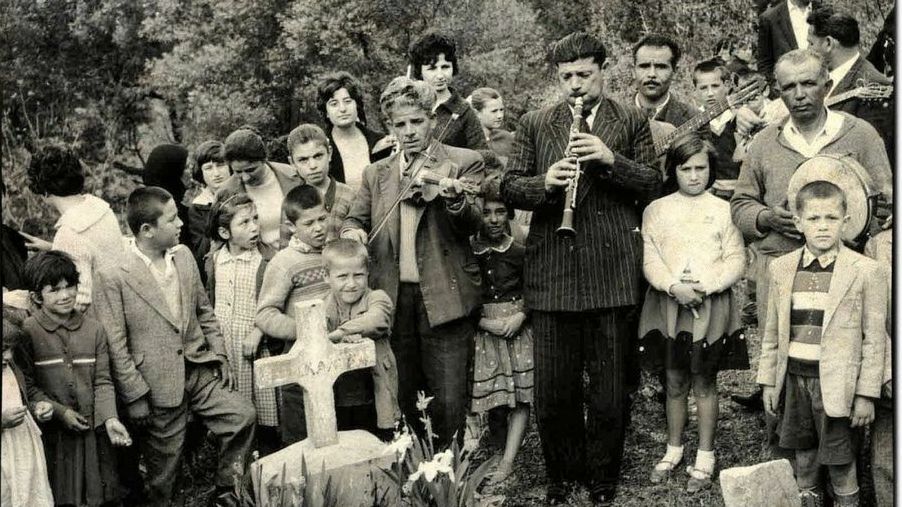 An antique image of Vlach musicians in northwestern Greece playing a graveside mirologia, or dirge.

Reissue producer, engineer annotator and record collector Christopher King is a 78 RPM acolyte of the highest order: His love of raw sound seems to know no bounds — and the wilder the music, the better. 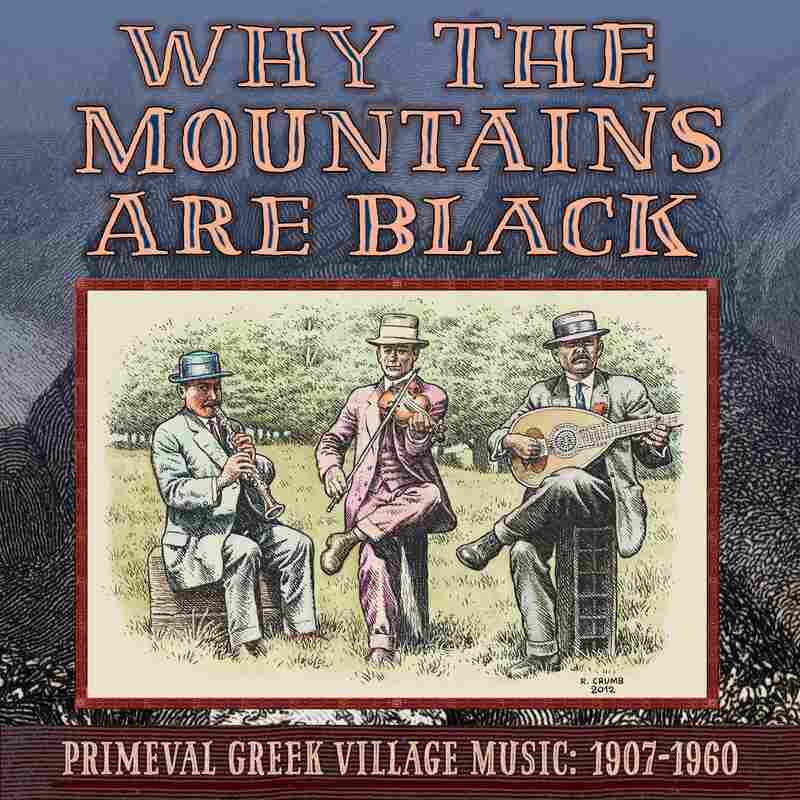 King's now-lengthy and incredibly wide-ranging discography is a testament to this obsession, as are his appearances in Amanda Petrusich's absorbing book Do Not Sell At Any Price: The Wild, Obsessive Hunt for the World's Rarest 78rpm Records — as well as a regrettably exoticizing account Petrusich wrote for the New York Times about a trip she took with King to northwestern Greece. And it's Greece that has pulled him back for this latest, highly curated collection of 28 recordings originally made on 78 RPM records.

This current collection of material, titled Why the Mountains Are Black: Primeval Greek Village Music 1907-1960, is like the rest of King's impressive and wide-ranging discography: it isn't meant for cultural insiders. Its hipster street cred has been polished to a glimmer. Why Are The Mountains Black was released by Jack White's Third Man Records and with cover art by the cartoonist Robert Crumb (an avid musician and record hound himself).

King's starting point — and it's a quite understandable one — is that you've never heard anything like this music before. "Is that a 303?" one newcomer asks in a Los Angeles Times profile of King, mistaking a pair of two oboe-like zournas and a frame drum for an early 1980s bass synthesizer and sequencer.

But King is not very interested in pop-culture presence, nor is he a mere disciple of the weirdly beguiling. He is an evangelist, and the materials he brings together are stellar. As with all musicians constrained by the technology of their time, you can hear these Greek improvisers chafing against the impositions of recording three - and four-minute sides. Their wild passion and melodic inventiveness are shackled by the limits of the 78rpm form — and yet, they manage to upend the universe within those few grooves.

Just take a listen to "Eseis Padia Vlahopoila (You Young Vlach Children)," played by clarinetist Christos Baniakas and recorded in 1935. It's a syrtos — a straightforward line dance — whose heavy rhythm is delineated by a simple laouto accompaniment. But over that basic skeleton, Baniakas' clarinet flies, swoops and soars, with the soloist stitching impossibly dense ornamentations upon the melodic frame. It's a breathtaking tour-de-force. And cheers to King for once again bringing such sounds to a much wider audience.

Why The Mountains Are Black is out now on Third Man.