Accessibility links
Effects Of Toledo Tattoo Artist's Work Are More Than Skin Deep On his days off, Brian Finn offers free tattoos to people who want to cover up scars from domestic violence, self-harm or other trauma. 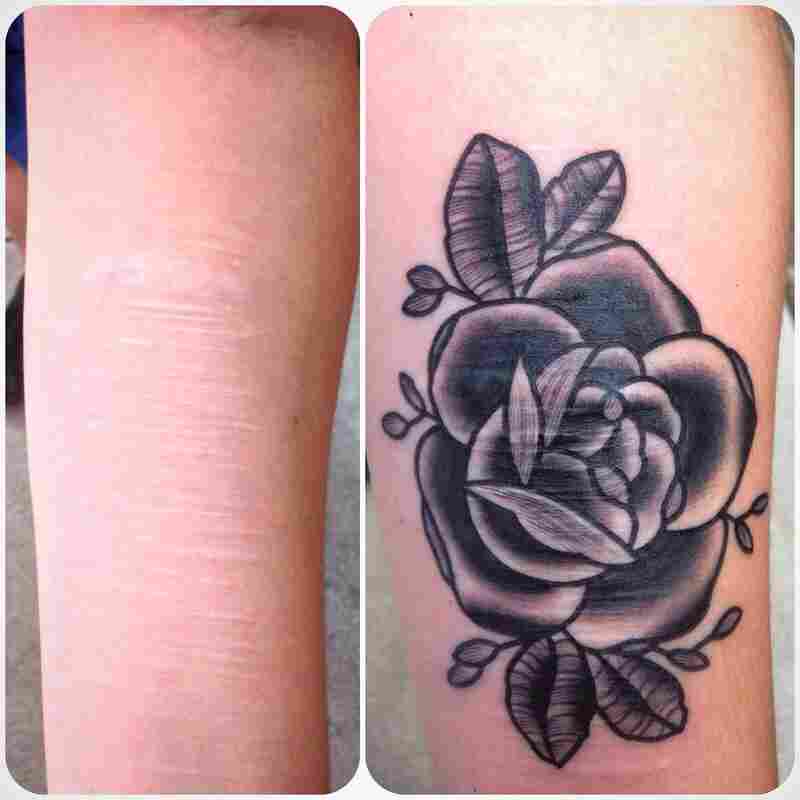 Maddie Keating shows her arm before and after her tattoo by Brian Finn which covered her scars. Courtesy of Brian Finn hide caption 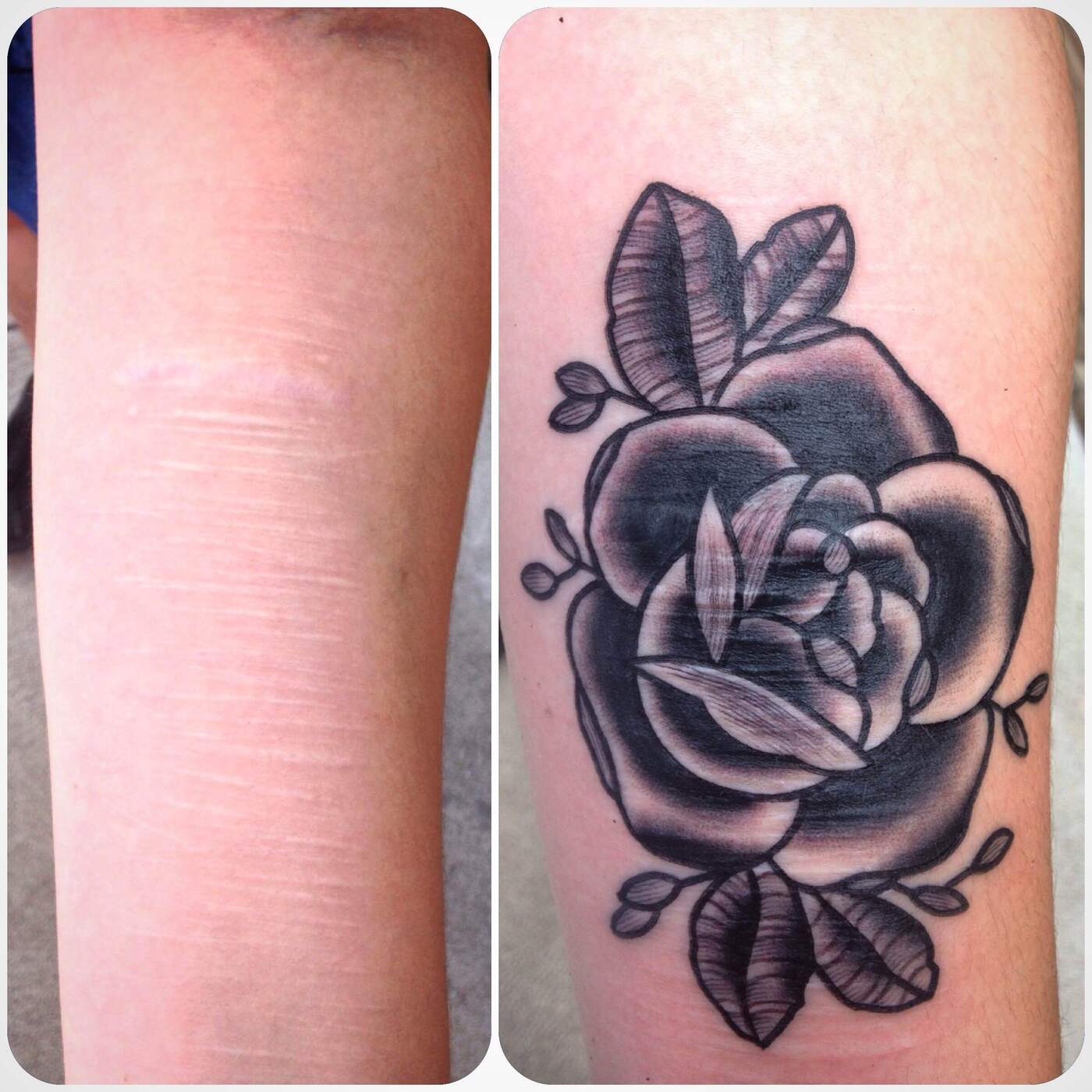 Maddie Keating shows her arm before and after her tattoo by Brian Finn which covered her scars.

A few months ago, when we were in Toledo, Ohio, we spotted a small item in the Toledo City Paper about a tattoo artist named Brian Finn.

Finn has been tattooing for nearly 20 years. These days, he does it on his days off, too — but not for just anyone. On those days, he's creating tattoos for people with scars caused by trauma: domestic violence, human trafficking or self-inflicted.

And he's offering these tattoos free.

"Otherwise, you know, they wouldn't be able to get that done. Maybe they don't have the money for it," Finn says. "The cost of equipment isn't that much. It just takes up my time, so if I can make somebody's day better — or life better — just covering up a scar from a bad experience, I sleep a little better."

Maddie Keating read the article in the paper, too. The 20-year-old had scars on her arms — from self-inflicted wounds — that she wanted to cover up.

"I started cutting when I was about 12," Keating says. "I entered into a really deep depression, so for about six or seven years, I was pretty heavily self-harming."

To think that I used to look at my arm and think 'Wow, that's so sad that I was so sad,' and now I get to have this beautiful rose that Brian drew for me.

One of the places Keating cut herself the most was on her left forearm. Now, having come out on the other side of her depression, she says she doesn't "want it quite that visible all the time."

Keating hasn't cut herself in years, and while she is not ashamed of the scars on her arms, they are a reminder "of a really dark, hard time."

She couldn't afford the design she wanted — an ornate, stylized black-and-white rose — so she emailed Finn, asking "what's the catch?" There wasn't one. The two emailed back and forth for a few weeks, then set a date for the appointment.

The tattoo itself took about an hour and a half.

"It's gorgeous," Keating says. "And to think that I used to look at my arm and think, 'Wow, that's so sad that I was so sad,' and now I get to have this beautiful rose that Brian drew for me."

As she watched Finn tattoo over her scars, she thought about how far she has come.

"It felt almost like coming full circle. Out of emotional pain, I brought myself physical pain. And now, I took a little bit of physical pain for something really beautiful," Keating says. "And it's really nice to think that anybody that I meet will see something so beautiful and be able to appreciate it with me."