Accessibility links
Landmark 'Unger V. Maryland' Ruling Frees More Than 130 Lifers After Decades In Prison A landmark ruling by Maryland's highest court affected prisoners convicted of violent crimes before 1981. None of them has re-offended so far. But that's no comfort to angry families of their victims. 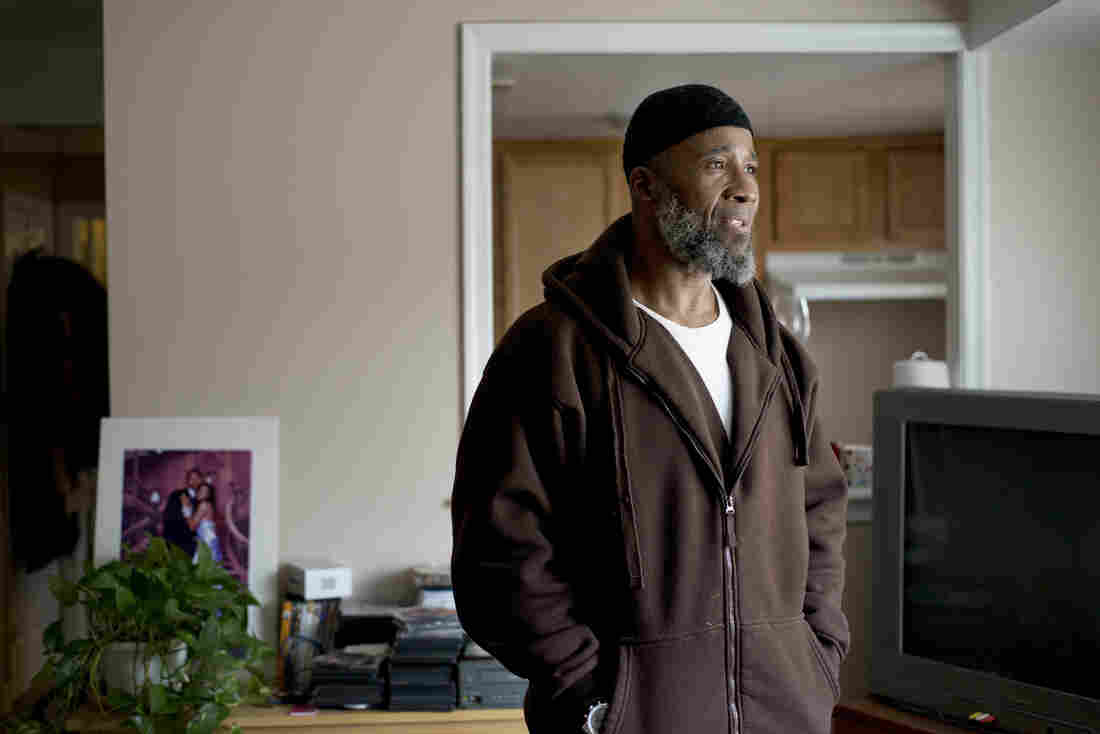 Karriem Saleem El-Amin of Baltimore is one of the more than 130 prisoners serving life sentences for violent crimes who were released on probation following a landmark ruling by Maryland's highest court. Brandon Chew/NPR hide caption 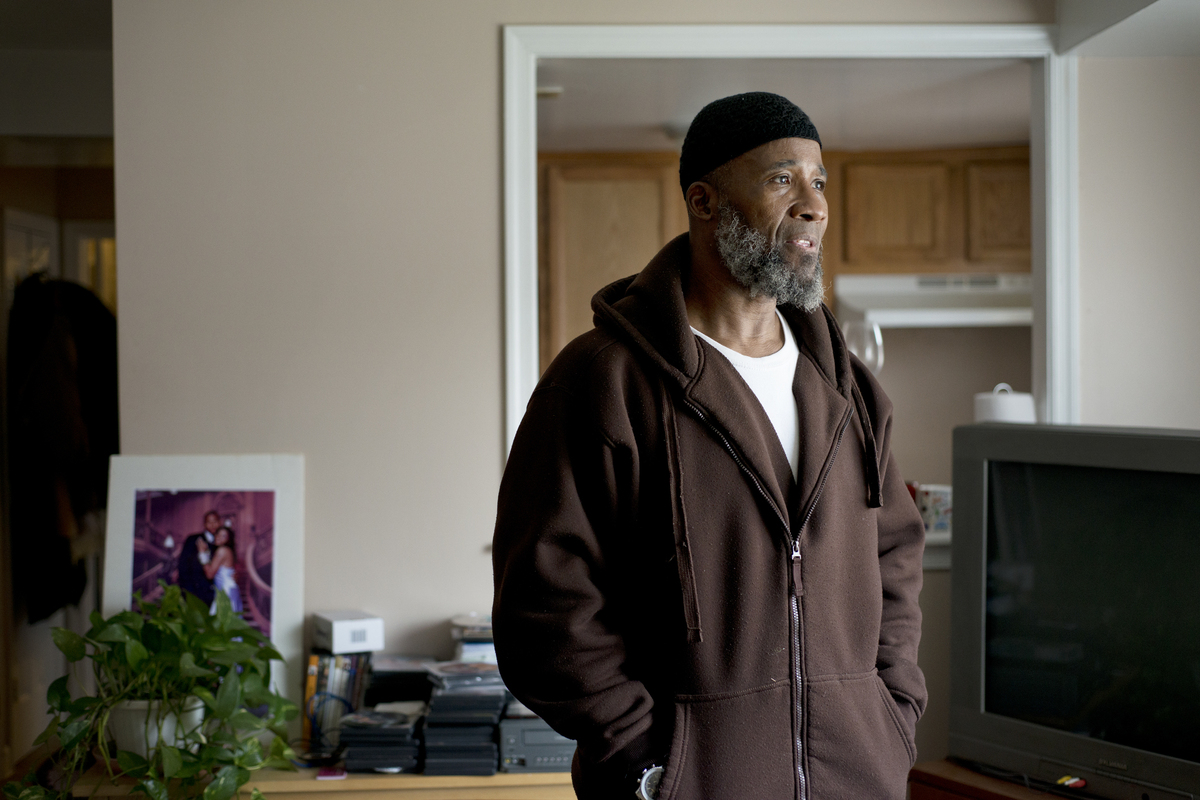 Karriem Saleem El-Amin of Baltimore is one of the more than 130 prisoners serving life sentences for violent crimes who were released on probation following a landmark ruling by Maryland's highest court.

When Karriem Saleem El-Amin went to prison in 1971 for the murder of Baltimore grocer David Lermer during a robbery, he was an 18-year-old killer named William Collins.

In 2013, El-Amin left prison after serving 42 years, 3 months and 3 days. Today, he is 60 years old, back in the city of his youth, converted to Islam, subdued by age and often baffled by the experience of freedom.

Little things, like dining in a restaurant, can be disorienting.

"I'm full, I'm enjoying the company of my family. And at some time, I guess maybe 30 or 40 minutes had passed, I'm feeling uneasy," El-Amin says. "Because I'm so used to having The Man telling me it's time to go."

El-Amin is one of more than 130 prisoners serving life sentences for violent crimes in the state of Maryland who were freed on probation following a landmark ruling by the state's highest court. As a condition of their release, the prisoners received social services and other special preparations. And so far, none of them has re-offended.

The affected prisoners were convicted at least 35 years ago; their average age now is 64. They aged behind bars. Their bodies, which used to brawl and run, now ache and strain.

"One time I wouldn't even consider it, play basketball from the sun up to sun down, in the dark, in the snow," El-Amin says. "But you mature, you see that your knees ain't like that no more. ... Father Time steps in and you have to make the adjustments."

The return of El-Amin and others to life on the outside has encouraged advocates of more liberal parole policies, infuriated the families of their victims, and raised questions about what a life sentence really means. 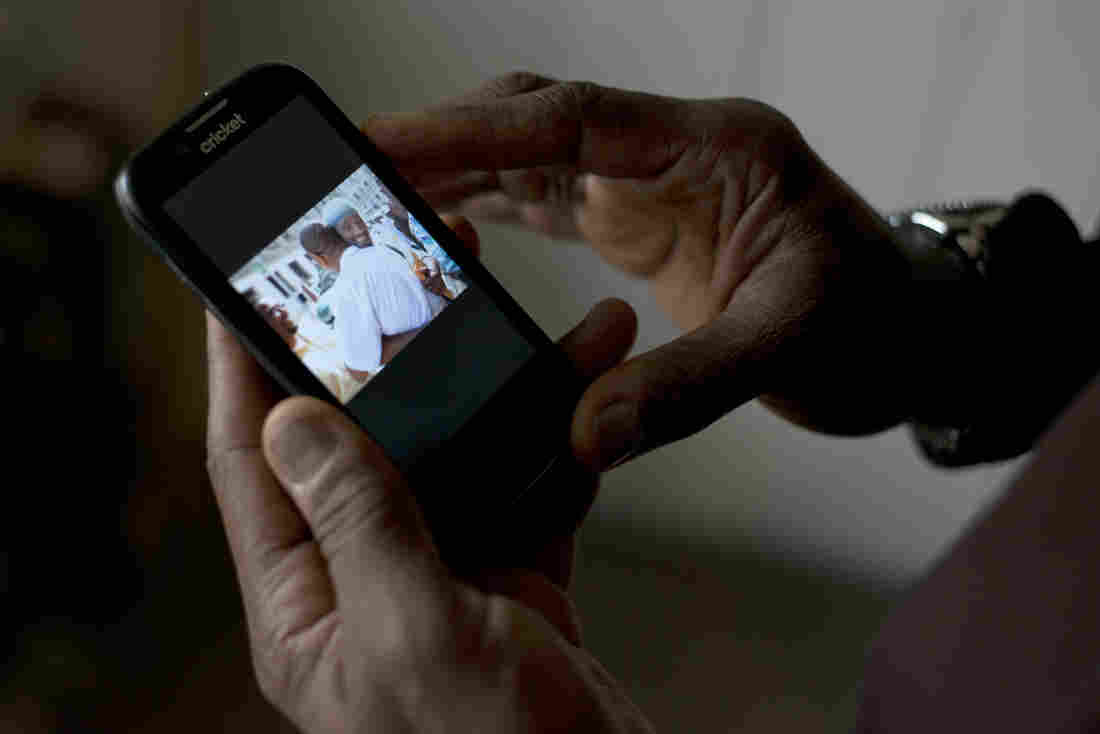 El-Amin shows a photo of his release from prison. Now 60 years old, he served 42 years in prison for murder before he was freed on probation in 2013. Brandon Chew/NPR hide caption

The released prisoners were all convicted of felonies in jury trials before 1981. They're out as the result of a strange instruction that Maryland judges were required to give to juries until that year.

At the end of every criminal trial in the state, explains Tony Gioia, Baltimore's deputy state's attorney, the judge told the jury that "they are the judges of the facts and the law and that whatever the court said to the jury was advisory only."

As contradictory as it may be to common understanding of what juries and judges do — it's what judges in Maryland instructed juries for decades.

Here is a typical judge's instruction to the jurors in a trial from before 1981:

"You, ladies and gentlemen, are the judges of not only the facts, as you are on every case, but on the law as well. It is your responsibility to determine for yourselves what the law is. Everything I say to you is advisory only. You are free to find the law to be other than what the court says it is. We have given you our best opinion about the matter but the final determination — that is solely in your hands."

More Than 130 Maryland Lifers Adjust To Freedom After Court Ruling

In other words, principles such as the presumption of innocence and the standard of proof beyond a reasonable doubt? Just "advice" from the bench — take it or leave it.

By 1980, Maryland was the only state that was giving such an instruction, says Michael Millemann, a professor and expert in public interest law at the University of Maryland's Carey School of Law.

In the early 1980s, Maryland's highest court finally put a stop to the practice. But for more than 30 years, in various cases, the state's Court of Appeals said that convictions from trials using the old jury instruction were still valid.

Then, in 2012, in a case brought by a Maryland inmate, the court changed its position.

In Unger v. State, the court ruled that people convicted on the basis of the old jury charge had been denied due process — and were entitled to a new trial.

By that time, there were only about 250 people behind bars who were affected. They were serving long sentences for serious crimes committed more than 30 years earlier.

Preparing For Life On The Outside

El-Amin was one of them. Like him, 90 percent of the affected prisoners are African-American. Millemann, who has a long background in legal aid and advocacy for prisoners, notes that 40 years ago, blacks were often charged with more serious offenses than whites for the same crime.

Of the 250 Unger prisoners, all but one are men; they typically entered prison at age 24 and served 40 years.

Some of them will be retried. But for most, Millemann and prosecutor Gioia negotiate the terms of their release. The prisoners have to concede their guilt, abandon further appeals and be resentenced to time served.

They are released on probation only after there is a plan for where they will live. A single probation violation sends them back to prison, with no chance to get out.

The assistance they receive from social workers is key to their success outside prison, Gioia says. The social workers help those released secure everything from housing and clothing to bus passes, telephones and information on where to get food. 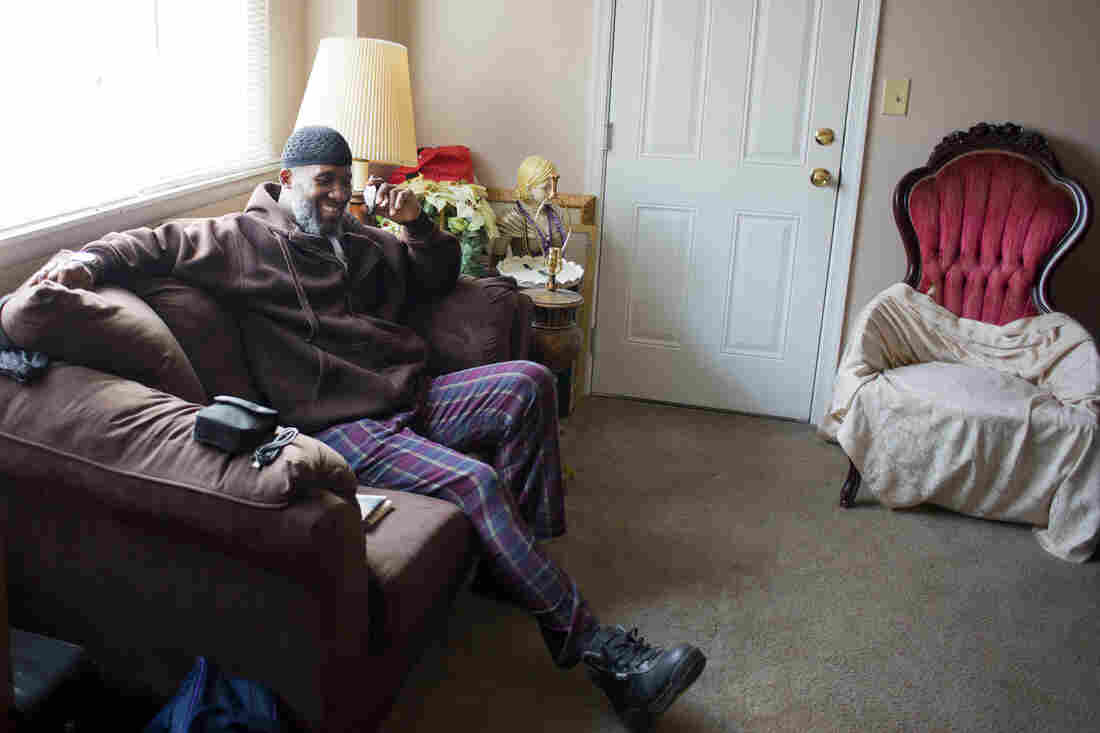 El-Amin is readjusting to his new freedom and a life where prison guards no longer closely regulate his time. Brandon Chew/NPR hide caption

Rebecca Bowman-Rivas, who runs the social work clinic at the University of Maryland's law school and oversees some of the Unger cases, says some of the prisoners even need help establishing who they are.

"We've had one gentleman who found out that he had a completely different father and a different name on his birth certificate," she says. "We've seen a few where there was no name; it just said 'Baby.' "

People incarcerated for decades also grapple with the "Rip Van Winkle effect." They can be thrown by pedestrians speaking on Bluetooth while walking alone and by buses that bend at the middle.

Some of the released prisoners have outlived their family, including their children.

And for many, Bowman-Rivas says, there is also a delayed grief.

"When you're in prison, it's not really a safe place to deal with emotional issues," she says. "We have a lot of folks who lost their parents while they were incarcerated, or siblings, and when they get out, it's when it really starts to come back to them or when they go see the gravesite for the first time."

Despite these hurdles, the lifers released in Maryland have a perfect record so far. But that perfect record has not impressed families of the murder victims.

For Victims, A Painful Injustice

Shirley Rubin says she can remember "every single detail" of the day in 1972 when she and her husband, Benjamin, were shot during a robbery at their Baltimore grocery store. He was killed; she was left with a bullet lodged in her hip.

When the gunman was sentenced to life in prison plus 36 years, Rubin was confident he would be locked up until he died.

Four decades later, she learned he was getting out of prison.

Photos of her children and grandchildren fill the living room of her Baltimore home. Talking about the shooting, which happened more than 40 years ago, Rubin's anger is still palpable.

"My husband missed everything. He missed all his grandchildren; he missed his great-grandchildren," Rubin says. "And I don't care what the case of Unger was, it had nothing to do with this. The man committed a terrible crime and he should have been punished for the rest of his life."

Karen Wilson also remembers getting the "Unger call" from a woman in the state's attorney's office. The man convicted of killing her father in 1969, restaurant owner Joseph Wilson, was getting out. 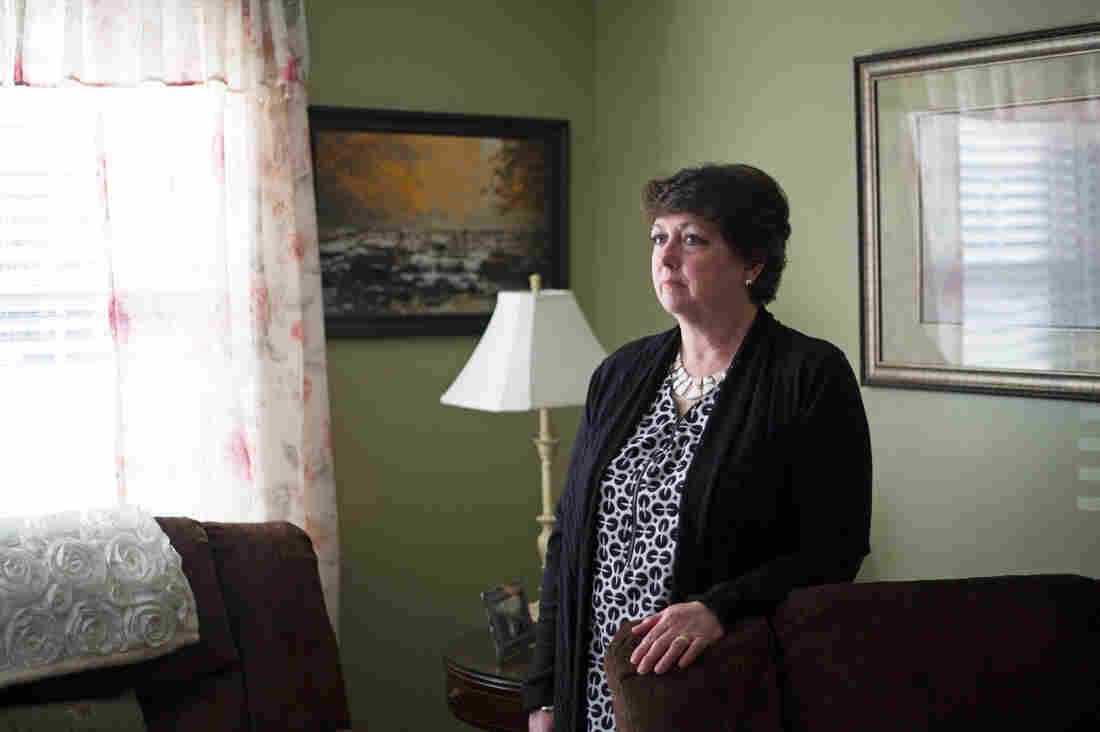 Karen Wilson has forgiven her father's killer but does not agree with his release from prison. Emily Bogle/NPR hide caption 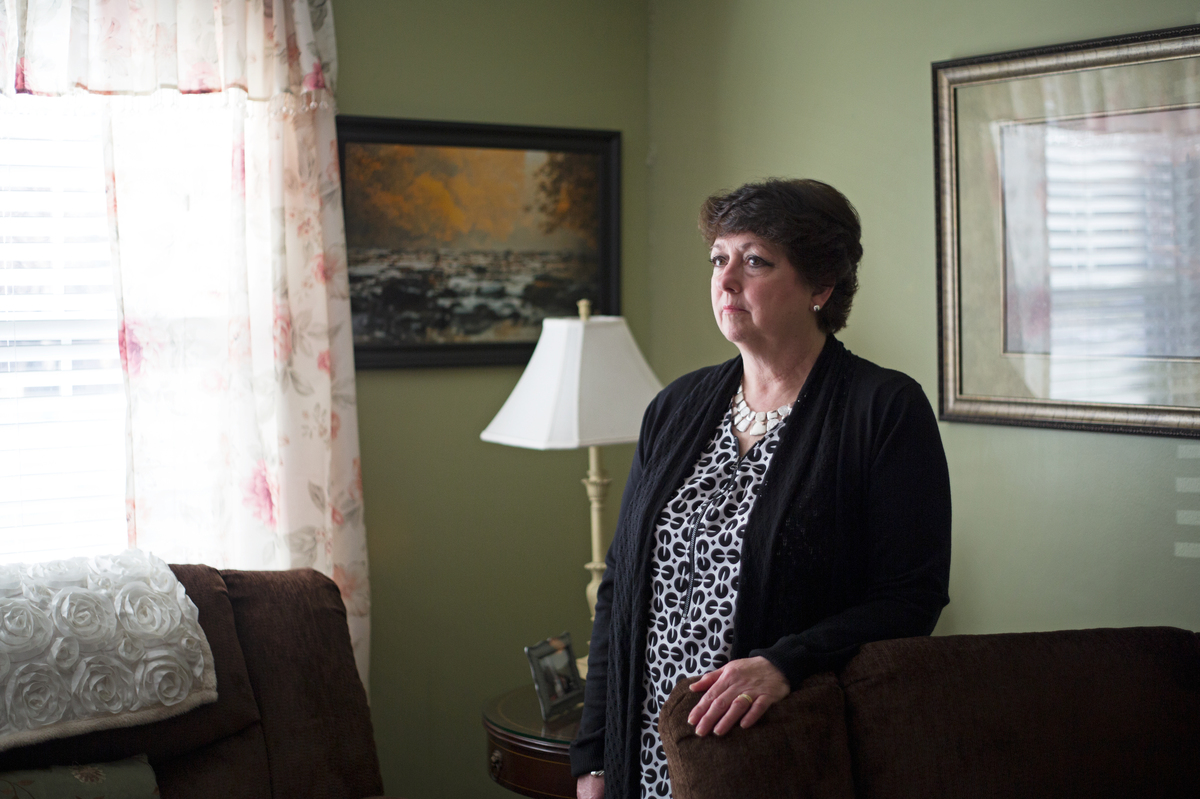 Karen Wilson has forgiven her father's killer but does not agree with his release from prison.

"She spoke about 10 minutes and I finally said, 'Are you trying to tell me that he's getting out of prison?' " Wilson recalls. "And she said, 'Yes.' "

Wilson is Karen's maiden name — for privacy reasons, NPR is not using her married name. It was as Karen Wilson that she attended a hearing prior to the release of her father's killer. She told him of the devastation he caused her family: her mother's subsequent poverty, her sister's descent into depression and suicide. 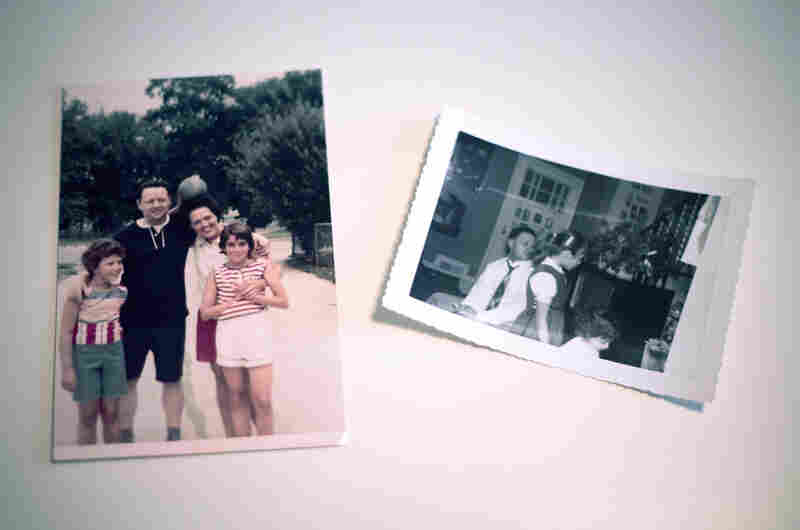 Photographs of Karen's father, Joseph, with her mother and sisters. He was killed in 1969. Emily Bogle/NPR hide caption 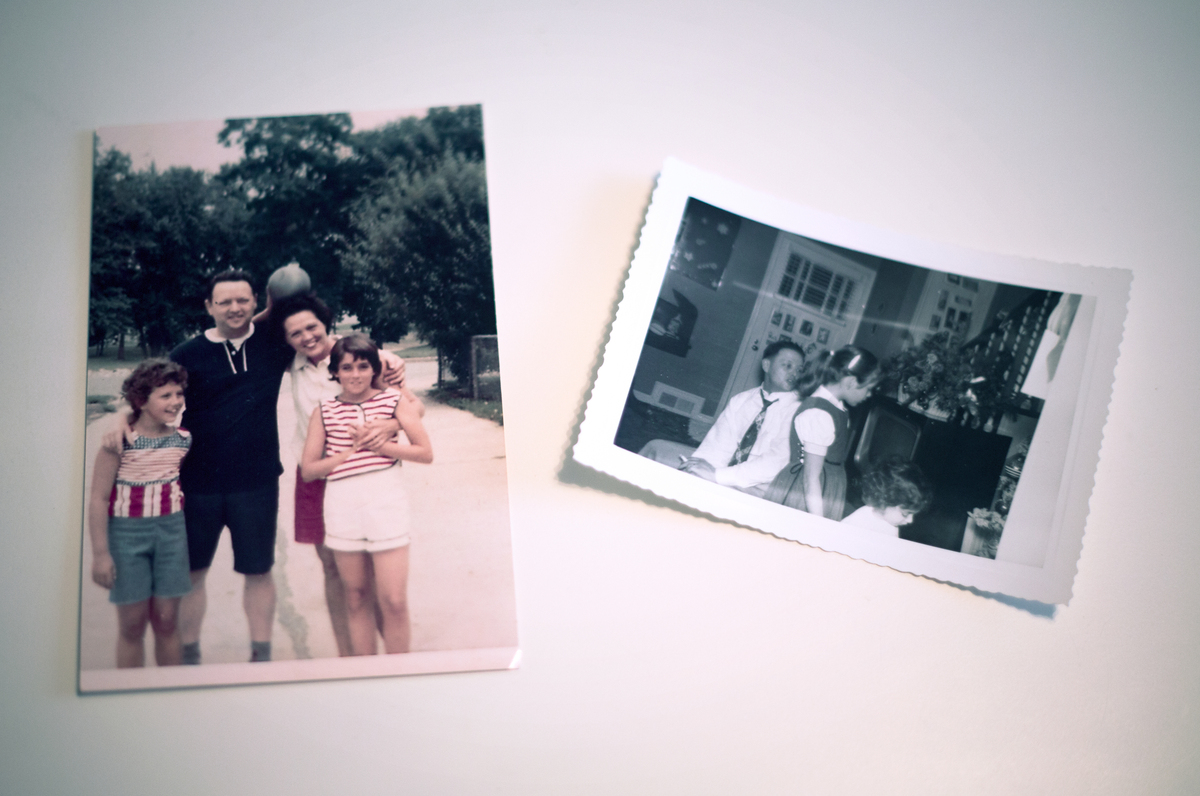 Photographs of Karen's father, Joseph, with her mother and sisters. He was killed in 1969.

As a Christian whose faith has deepened in recent years, Wilson says she has forgiven her father's killer. His release from prison is something else.

What Unger Says About Aging Lifers

During the time since the crimes covered by Unger decision, conventional thinking about sentencing has changed dramatically.

Back then, a life sentence in Maryland typically meant a convict went to prison, stayed out of trouble, took part in prison programs and would be out on parole in 20 years.

William Gardner went to prison in 1968 at age 16 for killing Baltimore cab driver Henry Kravetz. He was among those who experienced the old state policy on incarceration.

"Especially when we first got in there, there was a lot of emphasis on rehabilitation, so we had an opportunity to go to school, college, obtain trades," Gardner says. "But at the end, the money that they invested in the rehabilitation, it kind of got lost."

By the mid-1990s, all that changed. The governor canceled those programs and blocked parole for all prisoners serving life. The slogan of the day was: Life means life. Their life sentences turned literal, until the reprieve afforded by Unger.

So why have so many lifers left prison without re-offending? One answer is that the Maryland prisoners who have been released were always good candidates for parole. This group also has benefited from the social workers on the prisoners' cases.

And then there's the simple fact that they're old.

The freedom of the Unger prisoners may never be accepted by the people whose lives they shattered. But so far, the would-be lifers have demonstrated they can walk the straight and narrow — provided they have some help.

Karriem Saleem El-Amin was convicted of first-degree felony murder. The evidence at trial showed that he was armed during the robbery in which David Lermer was murdered. But there was no evidence that he fired the fatal shot.