Accessibility links
He Led The Financial Bailout But Says Banks Are Still Too Big To Fail Despite changes after the 2008 financial crisis, Neel Kashkari, one of the leading figures in the federal bailout, says major banks are still at risk. "I don't think we've gone far enough," he says. 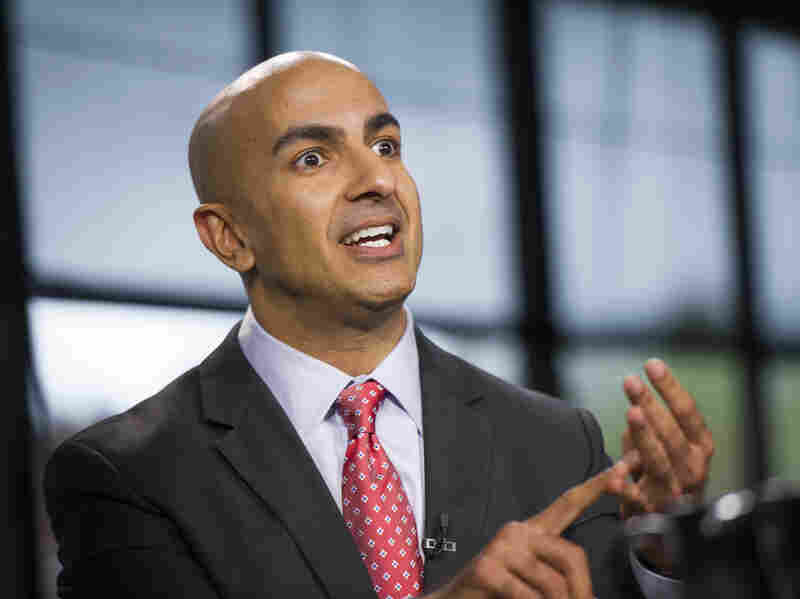 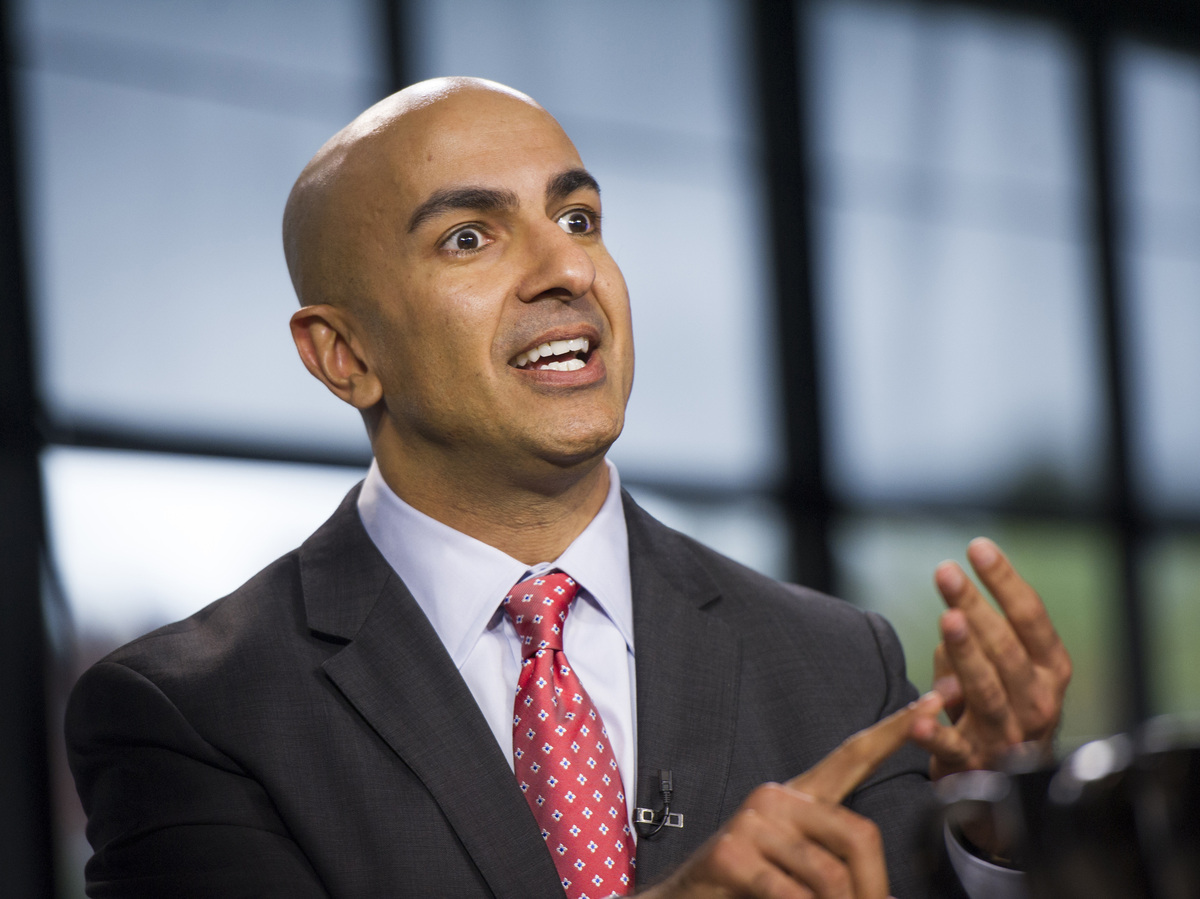 Neel Kashkari, head of the Federal Reserve Bank of Minneapolis, says some U.S. banks are still too big.

One of the leading figures in the government's bailout of banks deemed "too big to fail" after the 2008 financial crisis says major banks are still at risk.

Neel Kashkari, now the president of the Federal Reserve Bank of Minneapolis, tells NPR's Steve Inskeep that despite changes to Wall Street made as part of the 2010 Dodd-Frank law, big banks are still too big to fail.

"If there were another crisis and banks ran into trouble, I'm afraid that taxpayers would have to step in again and bail out these banks. So we have not solved that problem, and we need to," Kashkari says.

Unfortunately, I don't think we've gone far enough. I think these crises come, they're not what you're expecting, they surprise us and then they can overwhelm these defenses. And so we need to be honest with the American people that if there were a crisis today and many banks ran into trouble, it's very likely that we'd have to turn to the taxpayers to bail the banks out again, and I don't think most Americans think that's acceptable. ...

Banks like JPMorgan, Goldman Sachs, Bank of America, Citigroup and others.

On his solution to ensure banks don't fail

We're launching a research program to bring experts from around the country, who have serious proposals. The proposals include breaking up the banks into smaller, less important entities, putting so much capital in the banks that you regulate them like a nuclear power plant, turn them into a utility, so they almost virtually cannot fail, or even taxing leverage so that if the risks move from banks to nonbanks or insurance companies, that you can capture that wherever it goes. There are transformational solutions out there that in my view have not been given serious consideration.

On why executives at these banks aren't taking these steps themselves, if they are indeed necessary

In A Financial Fire, Big Banks Will Have An Extra Extinguisher

I went to the Treasury Department under President Bush, and the financial crisis hit, and I was one of the first responders, helping to stabilize that terrible financial crisis from triggering another Great Depression. In that experience, I learned how devastating these crises are. I learned how much risk there actually is in the financial system. And so I applauded the reforms in Dodd-Frank, but I didn't know if they'd gone far enough. Now, six or seven years later, I think it's time to go forward and make more transformational reforms. ...

The experience of how hard it was to stabilize the crisis and how devastating the crisis was for millions of Americans — that's the thing. An analogy I used in a speech I gave yesterday is that these big banks are like nuclear reactors. If a nuclear reactor melts down, it's truly devastating for society. Given that cost, governments will do whatever they have to try to stabilize the reactor before it melts down. There's a similar thing in big banks. If a big bank fails and if there's risk in the economy, it could trigger contagion to other banks and it could lead to a widespread downturn. Our economic crisis in 2008 inflicted tens of trillions of dollars of harm to American families and to the American economy. Tens of trillions of dollars. That downside risk, we need to do more to take it off the table. ...

We never want to be in a situation where we are forced to do that again. We were forced to do it in 2008. We hated it. But it was the right thing to do at the time. Let's make sure that we improve conditions so policymakers in the future are never put in that position again.

It's not the influence that I'm trying to solve. I look at the analogy of the tech bubble. We had this big boom in the '90s. It all crashed in 2000. That was devastating for Silicon Valley, but there was no risk of an economic collapse for the broader country. We need our big banks and our banking system to be able to have that type of a shock without bringing the rest of the country down with them.

I agree with Chair Yellen. The question I'm asking is: Have we gone far enough to avoid bailouts? I think we have to go quite a bit further. Even last week, Chair Yellen said that it's too soon to declare victory on too big to fail.

On how Kashkari, who ran for governor of California as a Republican, feels about Democratic presidential candidate Bernie Sanders openly supporting his proposal to break up banks

The Federal Reserve is nonpolitical, it's nonpartisan. I'm in a completely nonpartisan role. But I want as many people across the political spectrum as possible to be supportive of these ideas, and so I would welcome everybody who cares about these ideas to speak up.