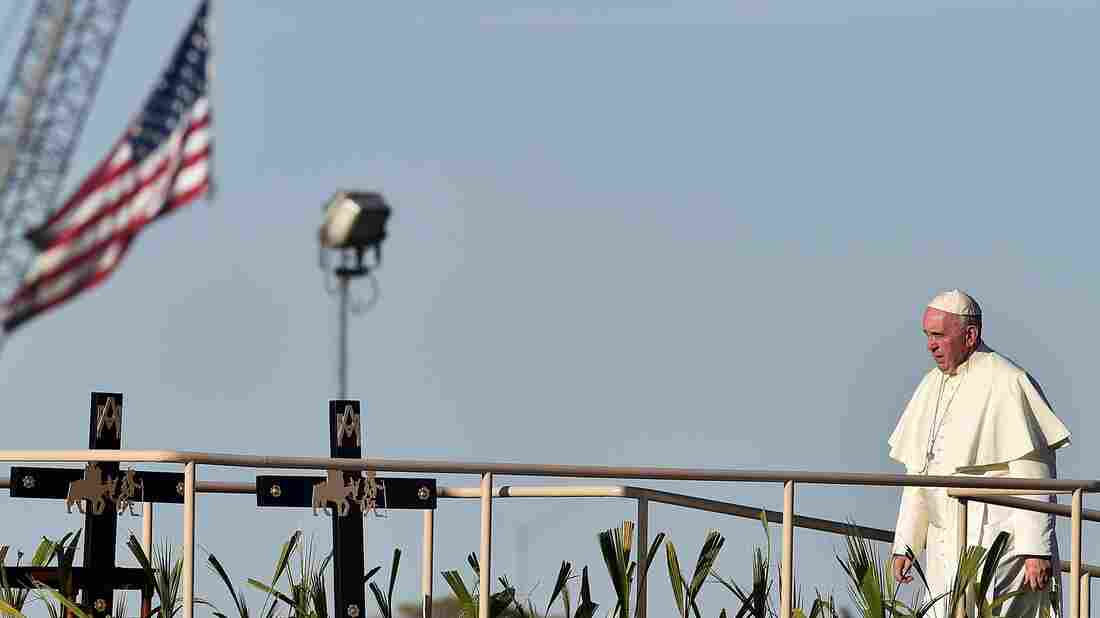 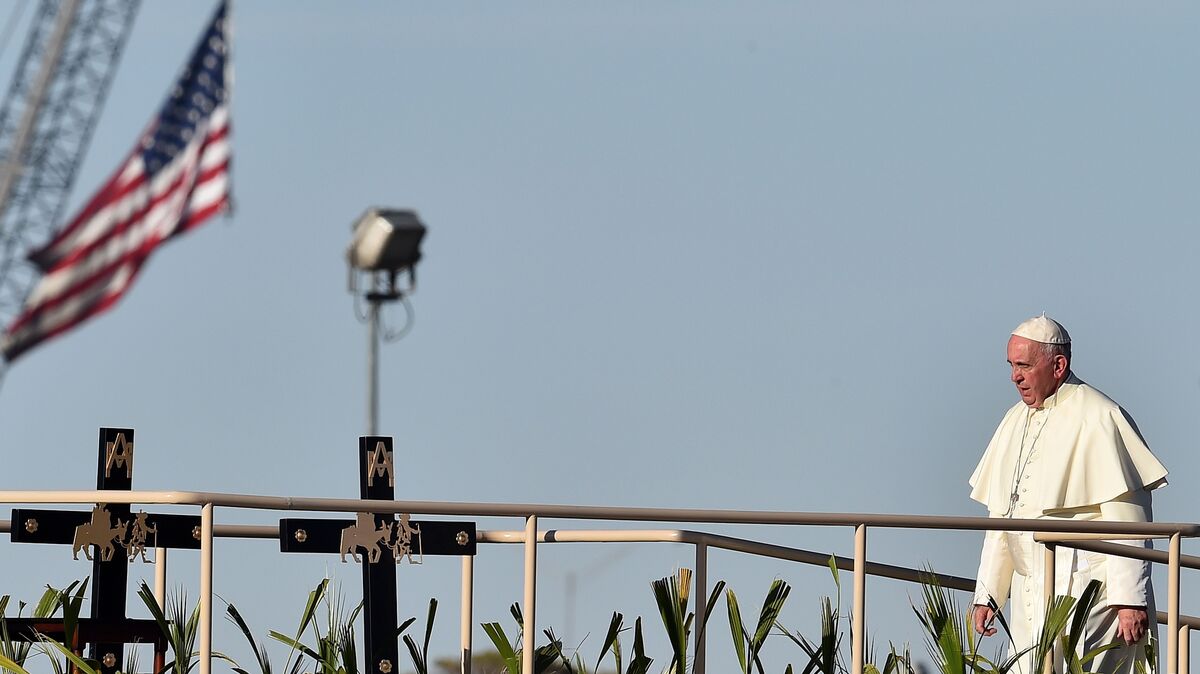 Pope Francis walks onstage before celebrating Mass at the Ciudad Juarez fairgrounds, near the U.S. border on Wednesday.

Donald Trump has feuded with other candidates, reporters and TV networks during his run for president.

Now, the front-runner for the Republican nomination is feuding with Pope Francis.

On Thursday, the pontiff criticized Trump for the proposal at the heart of his campaign: a pledge to keep people from crossing into the United States illegally by building a wall on the U.S.-Mexico border.

"I'd just say that this man is not Christian if he said it in this way," Francis told reporters in a midflight press conference after a trip to Mexico.

"A person who thinks only about building walls, wherever they may be, and not building bridges, is not Christian," Francis said, according to The Associated Press' translation of the press conference.

Trump wasted no time firing back. "If and when the Vatican is attacked by ISIS, which as everyone knows is ISIS's ultimate trophy, I can promise you that the Pope would have only wished and prayed that Donald Trump would have been President because this would not have happened," Trump said in a statement released by his campaign.

"For a religious leader to question a person's faith is disgraceful."

Trump has aggressively courted evangelical Christian leaders and voters during his run for president, though as NPR reported after his visit to Liberty University last month:

"There have been some missteps along the way. Last year, he told an Iowa evangelical gathering he had never asked God for forgiveness — a central tenet of the Christian faith — and he repeated that Sunday on CNN. He's declined to cite his favorite Bible verse or even his favorite testament. And the Presbyterian church he says he attends in Manhattan has said he's not an active member."

Trump still won the endorsement of the school's president, Jerry Falwell Jr., after that appearance.

For his part, Francis has not shied away from politics since becoming pope. While simply repeating long-held church positions on the dangers of capitalism and globalization, concern for the environment, and other social justice issues, he has repeatedly made headlines over the course of his career as pontiff and, before that, cardinal, for challenging political leaders.

The first Latin American pope has made immigration a top concern. Earlier this week, he celebrated Mass along the U.S.-Mexico border, saying immigrants crossing the border "are 'cannon fodder,' persecuted and threatened when they try to flee the spiral of violence and the hell of drugs."

Francis even floated the idea of drawing attention to immigration concerns by entering the U.S. via the Mexican border when he made his first visit to the country last fall.