Accessibility links
A Mom, A Son With Down Syndrome — And The Love That Made A 'Curse' A Gift Joshua Myers once found his condition so overwhelming, he considered suicide. Now 29, he says he loves his life. What's more, his mom says he's taught her something special: "how to love." 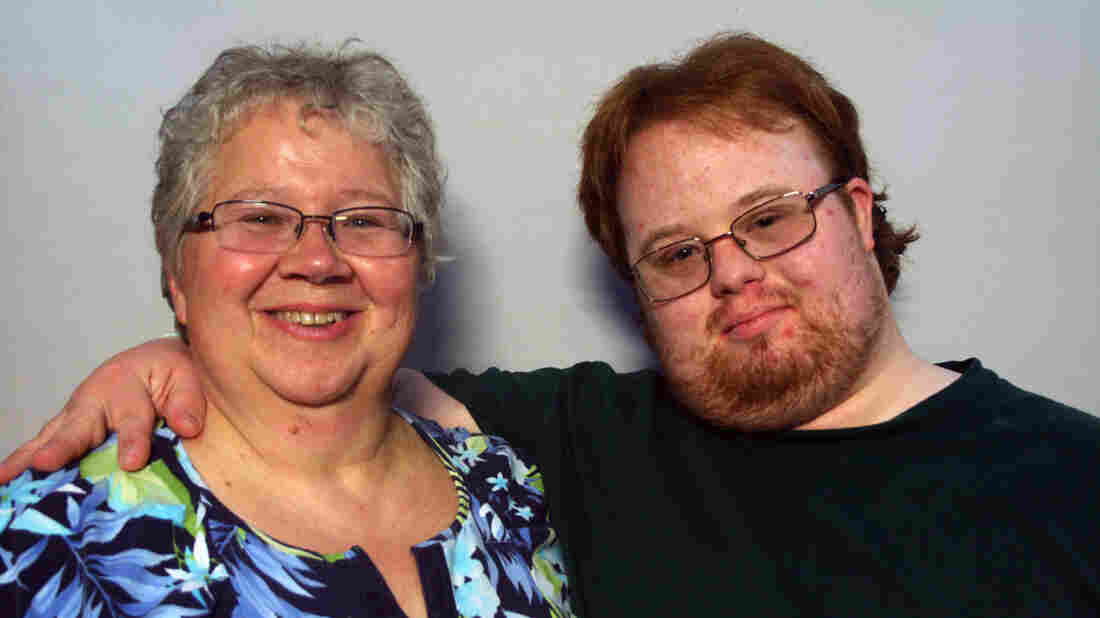 Susan Kaphammer and her son, Joshua Myers, on a recent visit with StoryCorps. StoryCorps hide caption 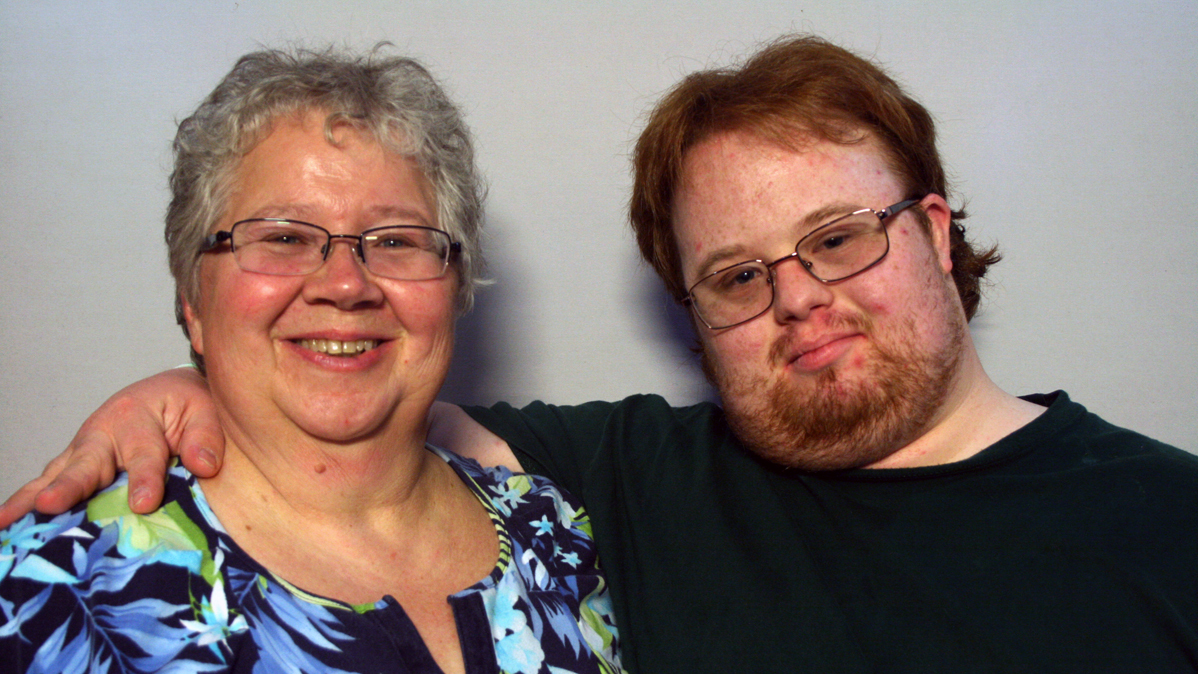 Susan Kaphammer and her son, Joshua Myers, on a recent visit with StoryCorps.

Joshua Myers, 29, has Down syndrome. These days, he considers it a gift — but he didn't always.

In fact, the condition proved so overwhelming for Myers that, once, he even walked out into the middle of a busy intersection, hoping that a car would hit him and end his life. But a stranger stopped for him. She brought him into her car to talk things through.

Myers hasn't seen her since.

"First of all, I'm just so grateful to that person I don't know who took that time with you," his mother, Susan Kaphammer, tells him during a recent visit with StoryCorps. "When you're a parent, the most important thing is that you be happy and, when you're not happy, it's just so frightening that I can't make that OK for you."

These days, though, Myers says his life is "awesome" — "I love my life," he says. And while there were a number of things he once dreamed of doing, today there are just two.

"One of them is to be a minister," Myers tells his mother. "The other is wrestling and WWE, to make my family proud from that."

"Do you think your family is proud of you?" she asks him.

But that's not quite right. Kaphammer doesn't want her son to die for her; rather, she says, "I want you to live for me."

That's partly because, whatever their roles as mother and son, Kaphammer considers Myers her teacher, at least in this crucial respect: "how to love," she says, "and everyone is who they are and who they're meant to be."

And who are Myers and Kaphammer, exactly? Well, they have a little ritual for that, as well.

"You're my Josh," she likes to tell him.