Accessibility links
Beyond Student Debt: Where It's Not The Top Campaign Priority For Millennials Roughly two-thirds of people ages 25 to 34 don't have bachelor's degrees. In Nevada, that number is even higher. And, for them, there are complex political and life priorities beyond college debt.

Beyond Student Debt: Where It's Not The Top Campaign Priority For Millennials

Beyond Student Debt: Where It's Not The Top Campaign Priority For Millennials 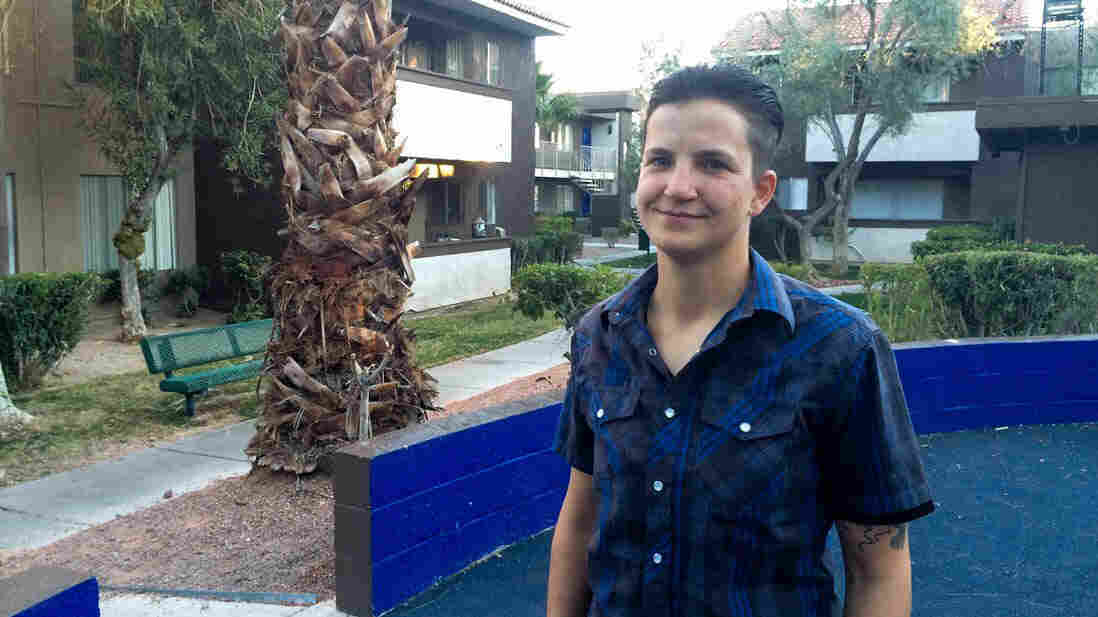 Amanda Durio, 31, is a union carpenter. She plans to caucus for Bernie Sanders because she likes his message on "race" and "social classes." Asma Khalid/NPR hide caption 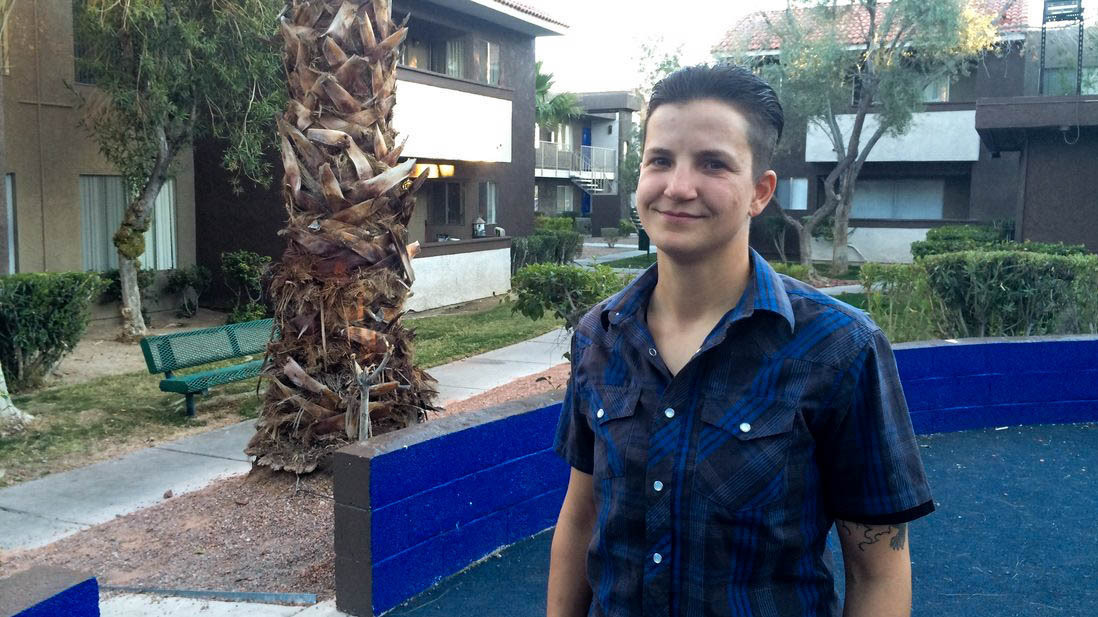 Amanda Durio, 31, is a union carpenter. She plans to caucus for Bernie Sanders because she likes his message on "race" and "social classes."

So far this campaign season, much of the political conversation involving millennials has centered around college debt.

And, no doubt, as we've reported previously, student debt and college affordability are major concerns for many young people.

And in Nevada — which holds its Democratic caucuses Saturday — that number is even higher. About 80 percent of 25- to 34-year-olds don't have a college degree.

For some of these millennials, the hefty cost of college is what steered them away from trying to go to college in the first place. For many others, there are other complex political priorities this campaign that have nothing to do with college. They range from economic inequality to affordable child care to immigration reform.

For many young parents, affordable child care is a top priority. But Perkins is worried about more than her son's life as a toddler; she's worried about his future as a teenager.

"I have a 3-year-old son who is African-American," she said and then paused. "Black women shouldn't be scared for their son's life. I am scared that when my son gets older, he may not make it back home to me because of the color of his skin."

She wants the next president to focus on improving race relations and policing. 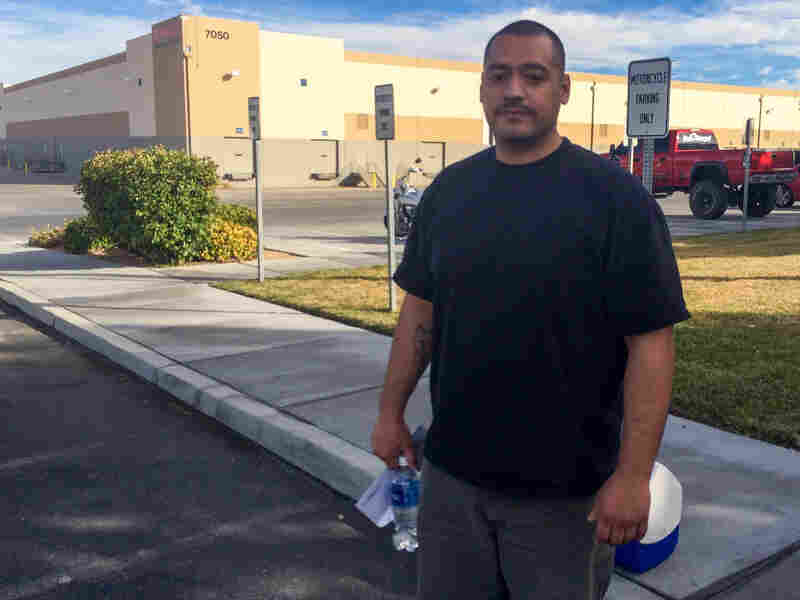 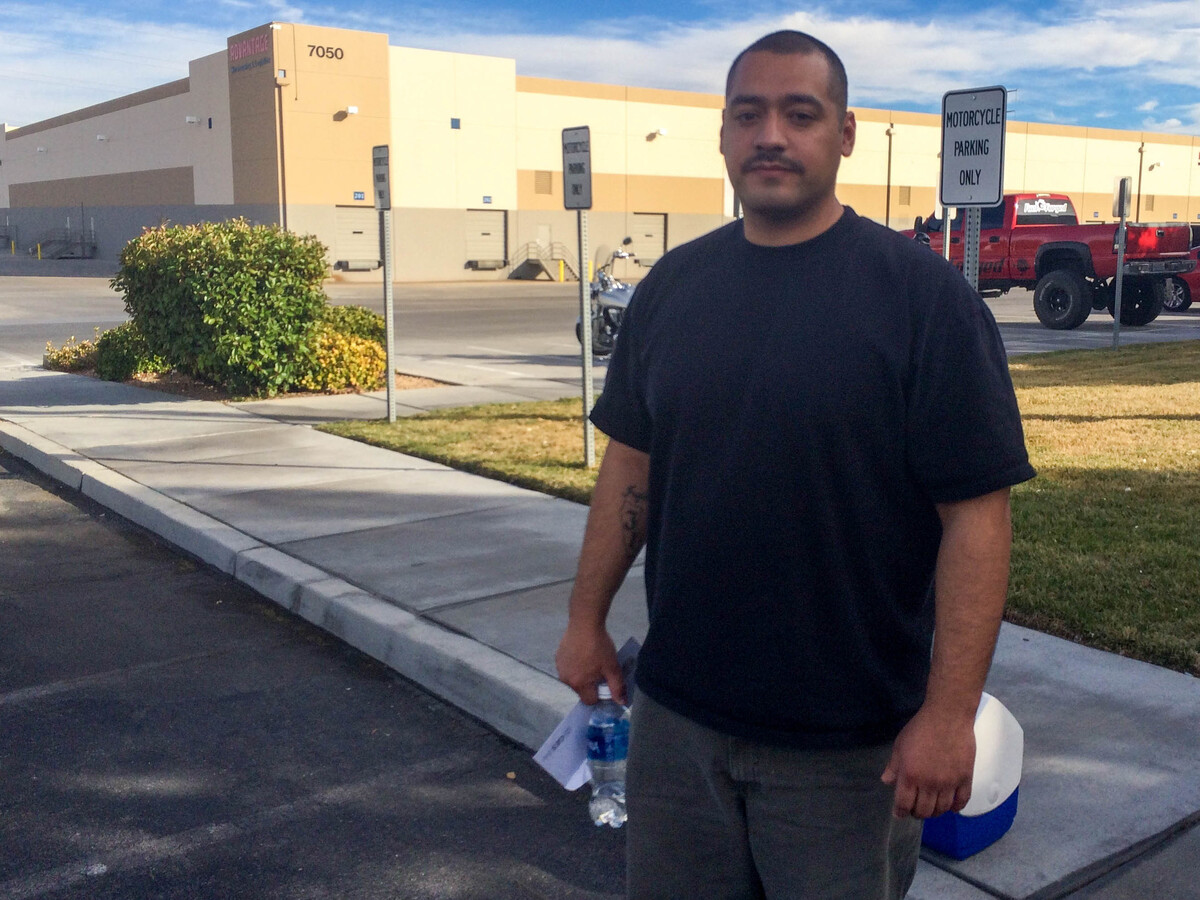 Jose Renteria, 28, says his main priorities this campaign are immigration reform and curbing the high cost of health care.

Las Vegas is a city where minorities are the majority. They're a mix of black, Latino and Asian. About 1 in 5 people in the state is foreign-born.

Many, like 28-year-old Jose Renteria, are the children of immigrants.

"I'm Mexican-American. My parents are from ... kind of down near the Texas border," explained Renteria, a union carpenter, as he walked off work with a bottle of water in one hand and a lunch cooler in the other.

He stopped for a few minutes to explain that his top issue this election season is immigration. "Just open up the doors," he said. "Open up the doors. Do more background checks. Let people who really want to be here, be here."

So he wants the next president to focus on immigration reform. He thinks Hillary Clinton ought to be the country's next president. He's also deeply concerned about the high cost of health care now that he has two kids and thinks Clinton would be the best candidate — though he won't actually be caucusing for her or anyone else Saturday. He's working.

But one of his fellow carpenters, Amanda Durio, said she's not going to miss out on the Saturday caucuses. "I'm going in for Bernie," she explained.

She likes his focus on economic inequality. "There are very dramatic differences between lower class and middle class now," she said.

Durio knows, because she's actually lived between those economic divides. At 31, she said she's making good money now — almost $29 an hour — but before she joined a union, she was struggling financially.

"There were plenty of weeks and months where bills were coming, and I wasn't sure if my paycheck was going to cover it," Durio said. "And there were times when it didn't. And I just had to juggle like which bill is more important to pay right now, literally. I [was working] 40 hours a week; I come home, and I still can't pay my bills."

Alma Gonzalez, 19, voted in the midterms and says she wanted to caucus Saturday but can't afford to take the day off work. She makes $9.50 an hour at Macy's. Asma Khalid/NPR hide caption

Alma Gonzalez, 19, voted in the midterms and says she wanted to caucus Saturday but can't afford to take the day off work. She makes $9.50 an hour at Macy's.

Higher wages was a common concern for young working people in Nevada. At an upscale shopping mall on the Las Vegas Strip, just across the street from the gilded Trump tower, Alma Gonzalez works at Macy's making $9.50 an hour. She has thought about going to college, but said she isn't sure what to study and doesn't want to waste money figuring out her major. So for now, the 19-year-old works at the mall and lives at home with her mom.

The economy, specifically higher wages, is one of her top priorities, but so is immigration. Nevada is home to the largest percentage of people living in the country illegally, according to data from the Pew Research Center. And, for Gonzalez, that abstract number — 7.6 percent of the state's population — includes one of her best friends.

"A path to citizenship, a quicker one, would be great," she said.

Gonzalez is an anomaly as a millennial — she voted in the 2014 midterm elections, when youth voter turnout is traditionally low. And she was hoping to caucus Saturday.

But she's working from noon to 7 p.m. and said she can't afford to take the day off.