Accessibility links
Trump Calls For Apple Boycott, But Lawmakers Don't See Clear Path In iPhone Case Whatever Congress might come up with would certainly be controversial — and this is an election year. That hasn't stopped some lawmakers from taking sides in the privacy vs. national security debate. 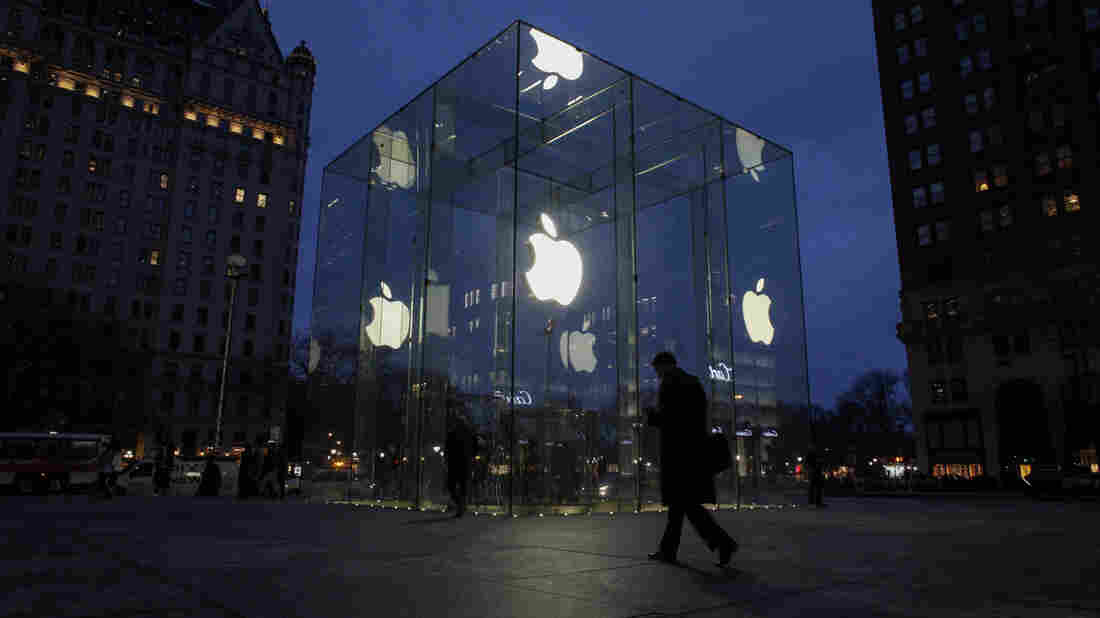 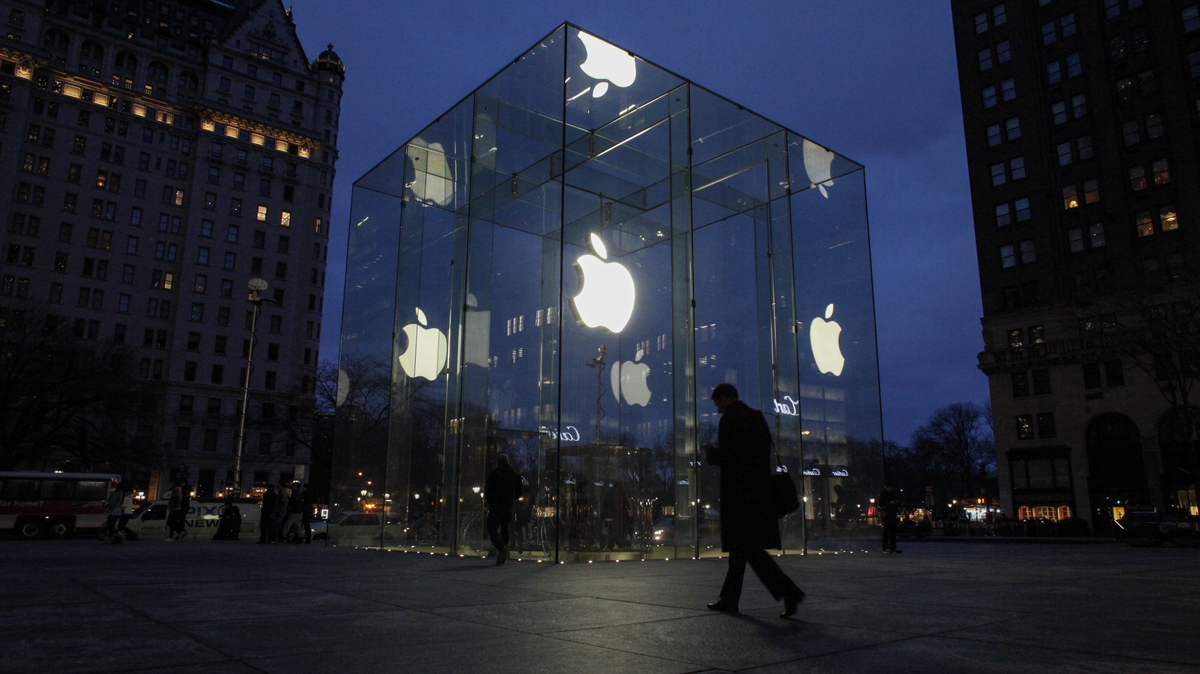 A man walks outside the Apple store on Fifth Avenue in New York City on Wednesday.

As Apple and Justice Department lawyers duke it out in court over the government's attempts to force the tech company to unlock the iPhone of one of the San Bernardino killers, there are calls for a legislative solution in the debate that pits privacy against national security concerns.

But the chances of Congress coming up with what would almost certainly be a controversial solution to a highly complex issue in an election year seem remote. In part, that's because no one can figure out how to resolve the issue.

Absent legislation, there will be hearings on the matter. Late Friday, the bipartisan leaders of the House Energy and Commerce Committee invited both FBI Director James Comey and Apple CEO Tim Cook to testify before the panel in order "to explain to Congress and the American people the issues at play and how they plan to move forward."

Meanwhile, during a campaign stop in South Carolina, Republican Donald Trump called on consumers to boycott Apple until the company complies with the court order to come up with a way to bypass the iPhone's encryption.

Some lawmakers, most notably Republican Sen. Tom Cotton of Arkansas, have taken sides.

"Apple chose to protect a dead ISIS terrorist's privacy over the security of the American people," Cotton said in a statement, adding that "legislation is likely the only way to resolve this issue."

California Rep. Adam Schiff, the top Democrat on the House Intelligence Committee, has also shifted into the pro-legislation category. Earlier this month, Schiff was quoted as saying a legislative solution to the issue was not "feasible or even desirable." On Wednesday, Schiff issued a statement that "these complex issues will ultimately need to be resolved by Congress, the Administration and industry, rather than the courts alone, since they involve important matters of public policy."

But Schiff has not offered a specific course of action, adding, "We are far from any consensus."

The chairman of the Senate Intelligence Committee, Republican Richard Burr of North Carolina, has written that "Apple needs to comply with the court's order."

Burr and the top Democrat on the Senate Intelligence Committee, California's Dianne Feinstein, have had ongoing discussions about legislation to force tech companies to decrypt their devices if ordered to do so by a court. A spokeswoman for Burr, however, said there is no draft bill yet, and that the senator is working "on his own schedule" on the proposal.

Independent Sen. Angus King of Maine, another member of the intelligence panel, told NPR's Morning Edition Friday that "this is a really tough issue" and that he could "argue it either way." King said that to decide it in this case "is I think the wrong approach. There is an old saying in law school: 'Hard cases make bad law.' "

King was critical of the Obama administration for not proposing legislation to address the encryption issue, saying its something the FBI has "been sounding alarms about ... for more than a year."

One possible path forward for lawmakers is that Washington staple: the blue ribbon commission. In fact, House Homeland Security Committee chairman Michael McCaul of Texas and Democratic Sen. Mark Warner of Virginia have proposed just such a panel, a "national commission on security and technology challenges in the digital age."

It would consist of "a body of experts representing all of the interests at stake so we can evaluate and improve America's security posture as technology — and our adversaries — evolve." The two wrote that the panel would be charged with "developing a range of actionable recommendations that can protect privacy and public safety."

On the presidential campaign trail, there is a similarly wide range of views and lack of consensus about how to address the encryption-national security argument.

On one side is Trump's call for an Apple boycott, something that he told his supporters at a rally had "just occurred" to him.

Republican Sen. Marco Rubio called it "a tough issue" but said he hoped Apple would comply with the order, adding, "Ultimately I think being a good corporate citizen is important."

At a town hall meeting on MSNBC Thursday night, the two Democratic candidates also weighed in. Vermont Sen. Bernie Sanders, asked whose side he was on, Apple or the FBI's, responded "both."

Sanders said, "All of us would be very dismayed if we learned that we could've picked up information about a potential terrorist act and we didn't do that. People would not feel good about this."

But, Sanders added, "There has got to be a balance." Calling himself "a very strong civil libertarian," Sanders says he believes "we can fight terrorism without undermining our constitutional rights and our privacy rights."

Former Secretary of State Hillary Clinton's position was also nuanced. She called it "a very hard dilemma" that's "going to have lots of ramifications. But I see both sides. And I think most citizens see both sides."

Clinton said "there's got to be some way on a very specific basis we could try to help get information around crimes and terrorism."

But so far, no one on either side of the issue has figured what that way is.