Accessibility links
Financial Aid 101: Earlier FAFSA Provides More Time To Line Up Tuition This year, high school students will find out how much money they'll get from colleges well in advance. That's because FAFSA applications can be submitted as early as October. 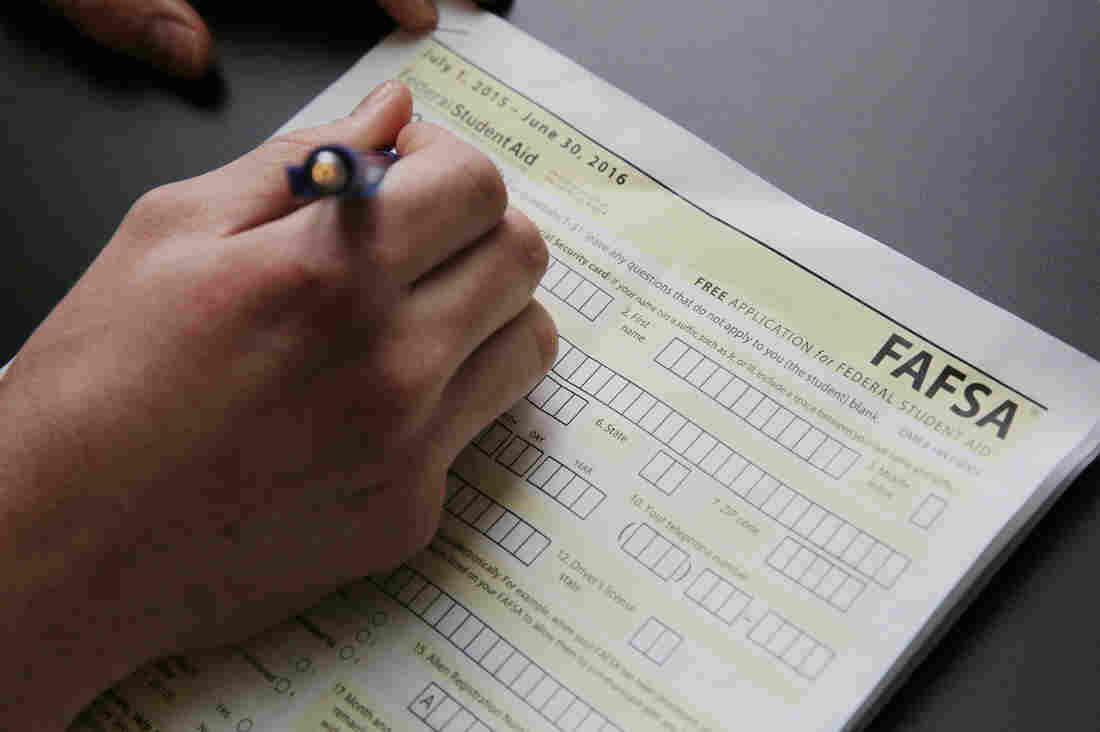 High school students fill out financial aid forms and are able to submit them as early as October. Elissa Nadworny/NPR hide caption 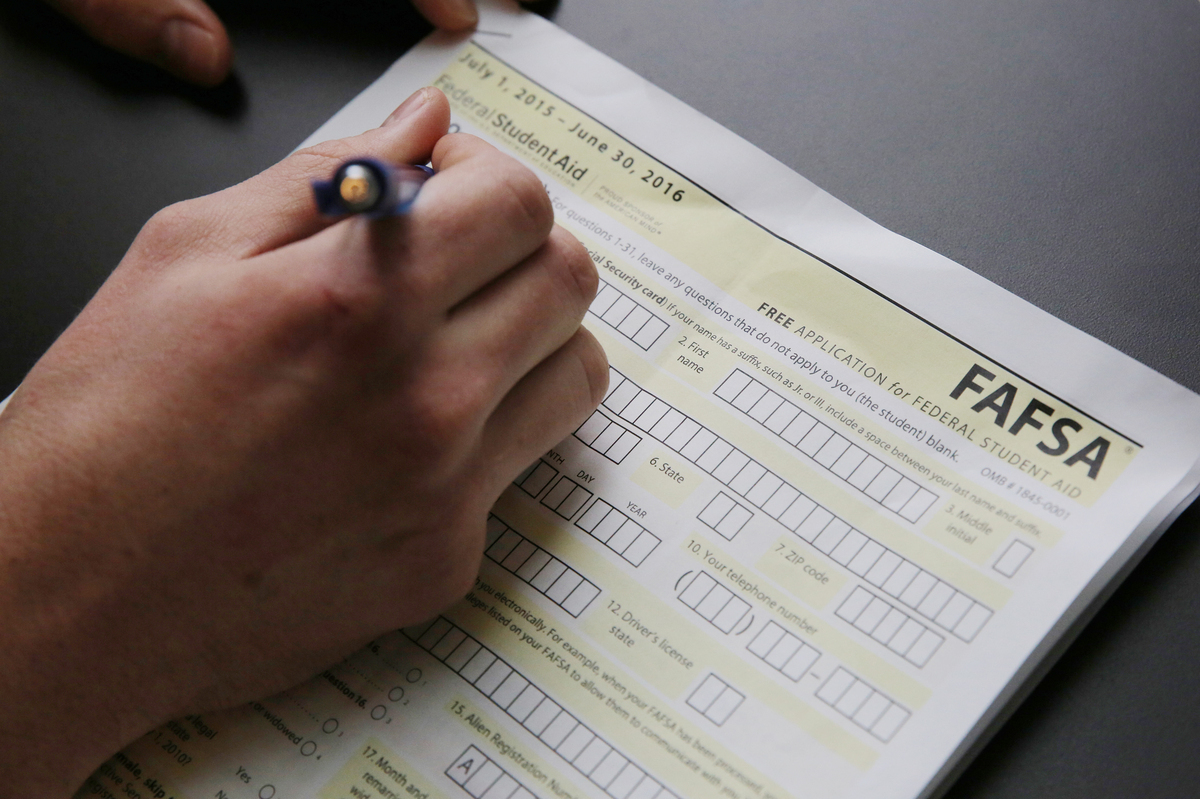 High school students fill out financial aid forms and are able to submit them as early as October.

High school students nationwide are filling out college financial aid forms — and it's not just seniors this year.

Some changes are on the horizon to the Free Application for Federal Student Aid, or FAFSA. For one, the form can be submitted much earlier. One student capitalizing on the early deadline is Isaac Horwitz-Hirsch, a junior at Santa Monica High School.

But Horwitz-Hirsch and his parents, Joshua Hirsch and Ruth Horwitz have found that the new changes to the FAFSA are hard to understand.

The family earns a middle class income and they made certain financial decisions before they knew about the new, earlier FAFSA deadline.

Horwitz worries those choices – like helping a relative buy a used car and paying for Isaac to go on an orchestra tour – will affect how much aid her son gets when he applies to colleges.

"It's complete anxiety producing and it makes me feel sorry for Isaac that we're not rich," she says.

But the FAFSA changes can be positive for middle class families like Horwitz-Hirsch's who are applying for aid. This year, students will find out how much money they'll get from schools a lot earlier. That's because the FAFSA can be submitted as early as October.

Patti Colston works for the California Student Aid Commission and her office determines how much aid students get if they go to a public university in California.

"As soon as we get the FAFSA and the GPA from the school, we can start making financial aid awards," Colston says.

She also says finding out about aid early is a big deal for students as they'll be able to make more informed decisions about the colleges they attend.

Students can even petition colleges for more aid if they need it, Colston says. There are other perks too.

"Students will know how much money they have to work with before they even apply to college in some cases," Colston says.

That's because the government will now use the previous year's income – something called "prior-prior year" income – to determine aid. In the past, colleges looked at a family's prior-year financial information to give aid. Starting this year, colleges will consider the family's income two years before the student starts college ­– a student's sophomore year in high school.

"If you have any control over putting off income, since income is by far the biggest determinant, do that," Levy says.

Another bit of advice is waiting to buy a car or home – since aid administrators consider large expenditures too.

Horwitz-Hirsch's father, Joshua, asks about some advice he got from his tax guy. He wants to know whether putting more money into his retirement account would impact how much aid his son gets.

Levy does his best to reassure him.

After two hours of meeting with Levy, the family is relieved.

"I couldn't do this without somebody who was holding our hands," Horwitz says.

Levy advises families to start thinking about financial aid much earlier than they do now. He says a student's freshman year is the right time to start the conversation about income and expenditure. That way, families can begin planning for decisions they'll make in the sophomore year – the first year colleges will use to start determining aid.

"This year's juniors, it's too bad. They've been given very little notice that this is going to be their base year," Levy says. "For future years, we'll be able to start these conversations earlier."