Accessibility links
Trump Wins South Carolina; Rubio Edges Out Cruz For Second Donald Trump will get 50 delegates from his Palmetto State win, but both Marco Rubio and Ted Cruz tried to spin their finishes as a victory as the field winnowed with Jeb Bush's withdrawal. 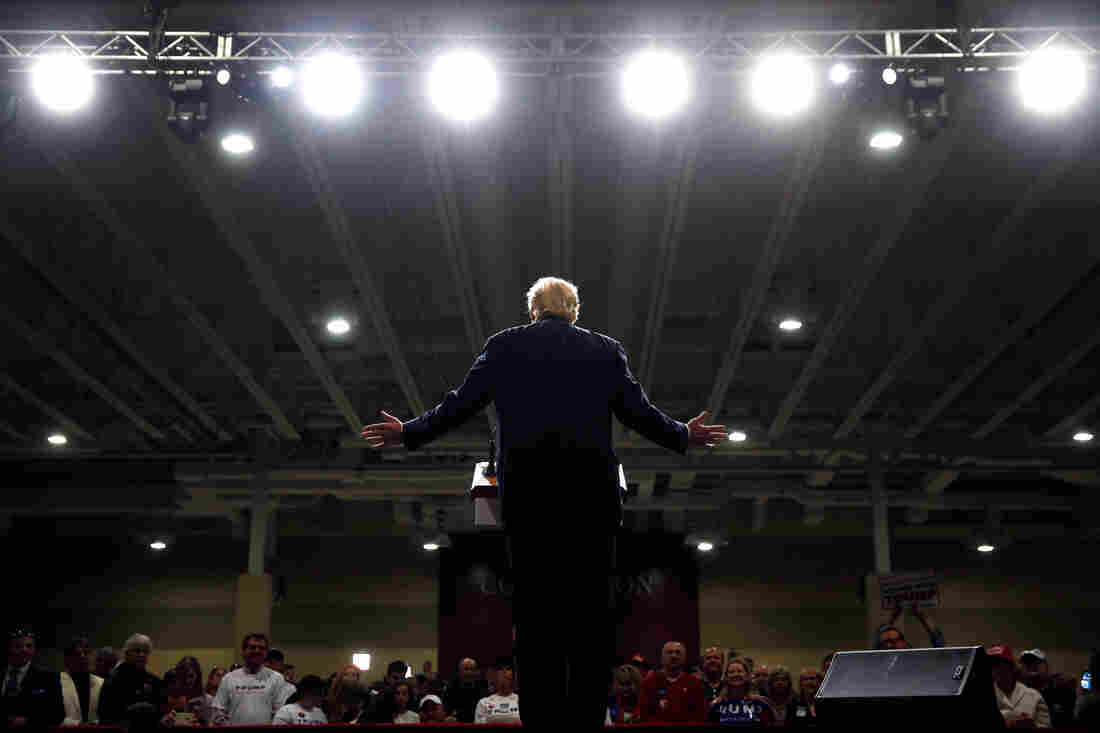 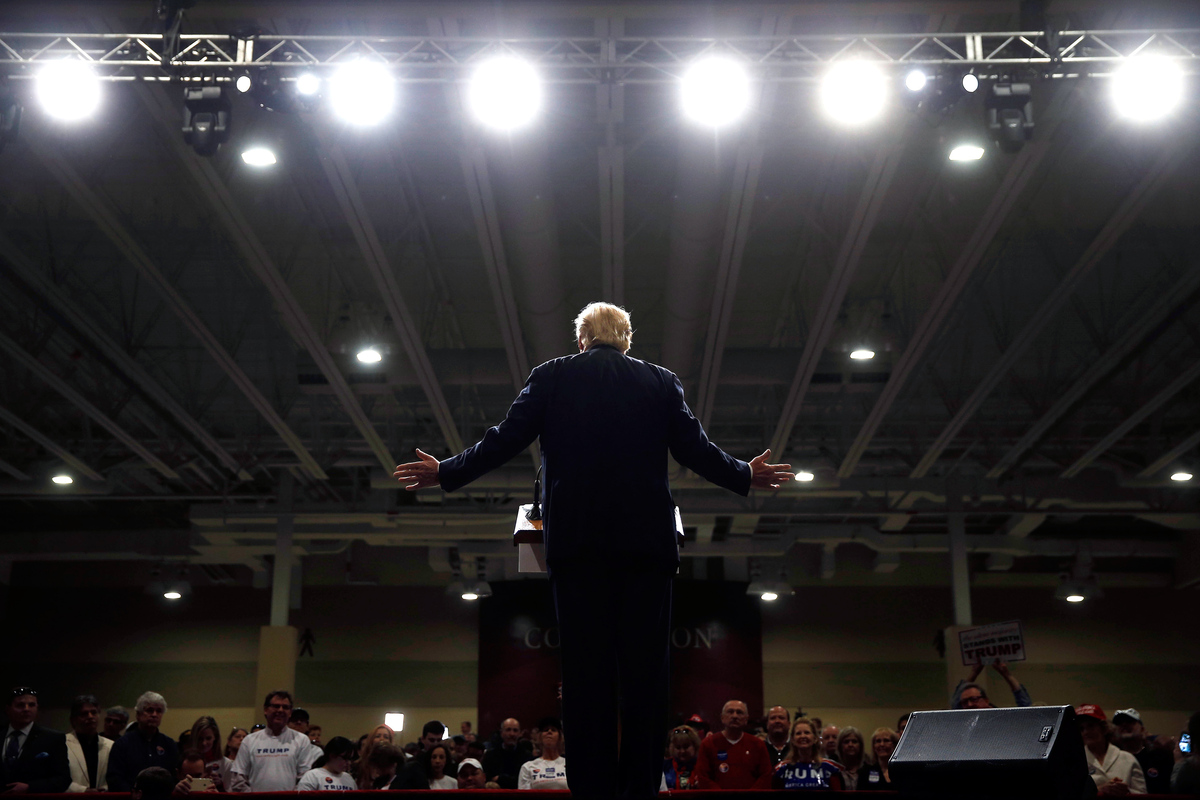 "There's nothing easy about running for president, I can tell you. It's tough, it's nasty, it's mean, it's vicious, it's beautiful," Trump declared to his supporters at his victory rally in Spartanburg, S.C.

Trump took 32.5 percent of the vote, while Rubio and Cruz were nearly even with 22.5 percent and 22.3 percent, respectively.

"Let's put this thing away," the real estate mogul crowed, looking ahead to Super Tuesday fights and boasting again of his big win last week in New Hampshire.

South Carolina will provide a big boost for Trump as he looks to do just that. It's the first winner-take-all state until March 15, and with his dominant victory in the state, sweeping every congressional district, Trump appears to have claimed all 50 delegates up for grabs. His other rivals will get zero.

Meanwhile, both Rubio and Cruz tried to spin their finishes in the state as victories.

"Tonight here in South Carolina, the message is pretty clear. This country is now ready for a new generation of conservatives to guide us into the 21st century," Rubio boomed, as Gov. Nikki Haley and Sen. Tim Scott stood behind him.

Their support may have helped buoy Rubio into second place, a solid finish he badly needed after a disappointing showing in New Hampshire. The message that his campaign was trying to send all week, and was reinforced during his Election Night speech, was that the Cuban-American senator — with support from the state's Indian-American governor and African-American senator — was the new face of the GOP and would be the most competitive general election candidate.

Cruz, meanwhile, had worked to turn out the state's sizable bloc of evangelical voters and had campaigned heavily in the very religious upstate region of South Carolina. He had run ads hitting Trump on his past support for abortion rights and cast doubt on whether he would appoint conservative justices to the Supreme Court, an argument that took on new urgency after Justice Antonin Scalia's death last week.

But in the end, Trump triumphed with religious voters, according to exit polls. The share of self-described born-again Christians increased from four years ago — up to 73 percent compared to 65 percent in 2012. Trump carried those voters with 31 percent of the vote, while Cruz won 27 percent and Rubio got a 22 percent share.

Given the state's dynamics, Cruz should have performed much better. But in his speech Saturday night, the senator wasn't shaken. He reminded voters he was still the only candidate who had been able to beat Trump, in Iowa.

"If you are a conservative, this is where you belong, because only one strong conservative is in a position to win this race," Cruz said.

Still, it was Trump who was the only real victor in South Carolina. He swept nearly every county in the state, though Rubio carried Charleston County and Richland County, which includes the state capital of Columbia. Trump has swept both New Hampshire and South Carolina now — something every eventual GOP nominee has done ever since 1980.

Most importantly, the New York billionaire proved he could win in a more conservative, southern state. And his win came in spite of several controversies in the past week, which have had little impact on his dominance — as usual this election cycle. In last Saturday's debate, Trump attacked former President George W. Bush over his handling of the Iraq War, and on Thursday he tussled with Pope Francis over immigration.

Trump's hits on the former president didn't hurt him with the state's sizable population of military veterans, who made up 17 percent of the electorate; he carried veterans with 35 percent of the vote.

And the state's GOP electorate agreed with his controversial proposal to ban all Muslims from coming into the country amid fears of a terrorist attack; 74 percent of Republican voters said they supported his proposal.

Ultimately, South Carolina will be remembered as the death knell for Bush. The former Florida governor had leaned heavily on his family connections to carry him in the state, bringing in his brother, former President George W. Bush, and his mother, former first lady Barbara Bush, this week to campaign for him.

Retired neurosurgeon Ben Carson has been fighting for conservative evangelical voters too, but he finished in last place with just 7.2 percent of the vote. He reiterated that he will remain in the race and will head to Nevada for its GOP caucuses on Tuesday.

Ohio Gov. John Kasich had an impressive second place finish in New Hampshire last week and didn't necessarily need a big win today in South Carolina, though he essentially tied with Bush, taking 7.6 percent of the vote. He also edged out Carson. Kasich has already turned his attention to delegate-rich Super Tuesday states, which will vote on March 1, and was in Massachusetts watching results tonight, not South Carolina.