Accessibility links
Profile: 'Inside Out' And 'The Good Dinosaur' Screenwriter Meg LeFauve At one point, Meg LeFauve was getting multiple studio executive job offers. But as her mentor says, "She knew she had a different path." Now her screenplay for Inside Out is up for an Oscar. 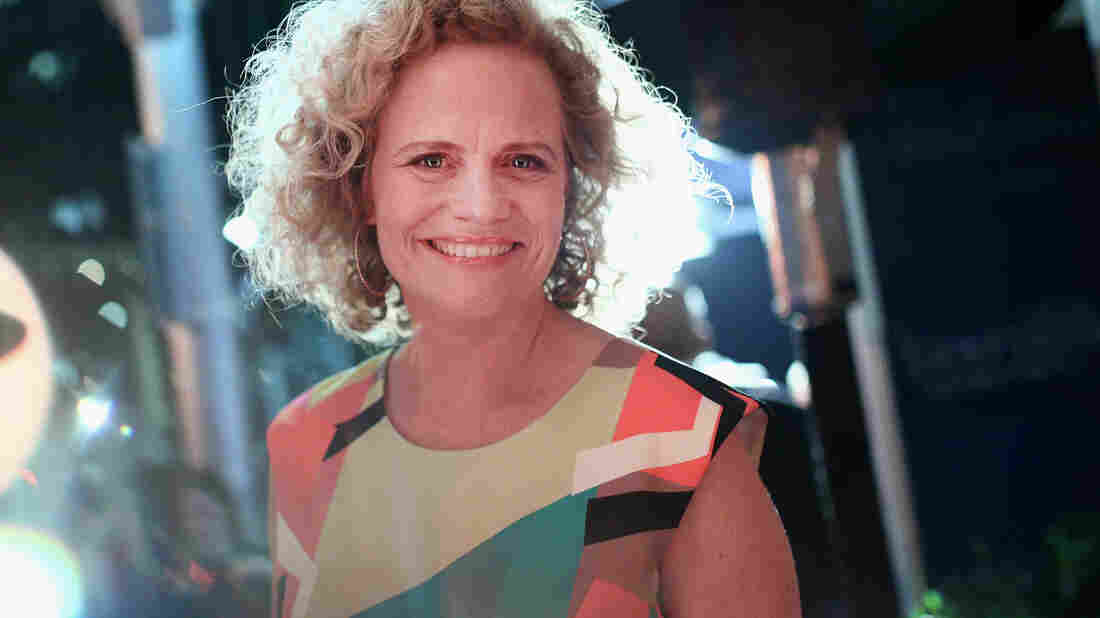 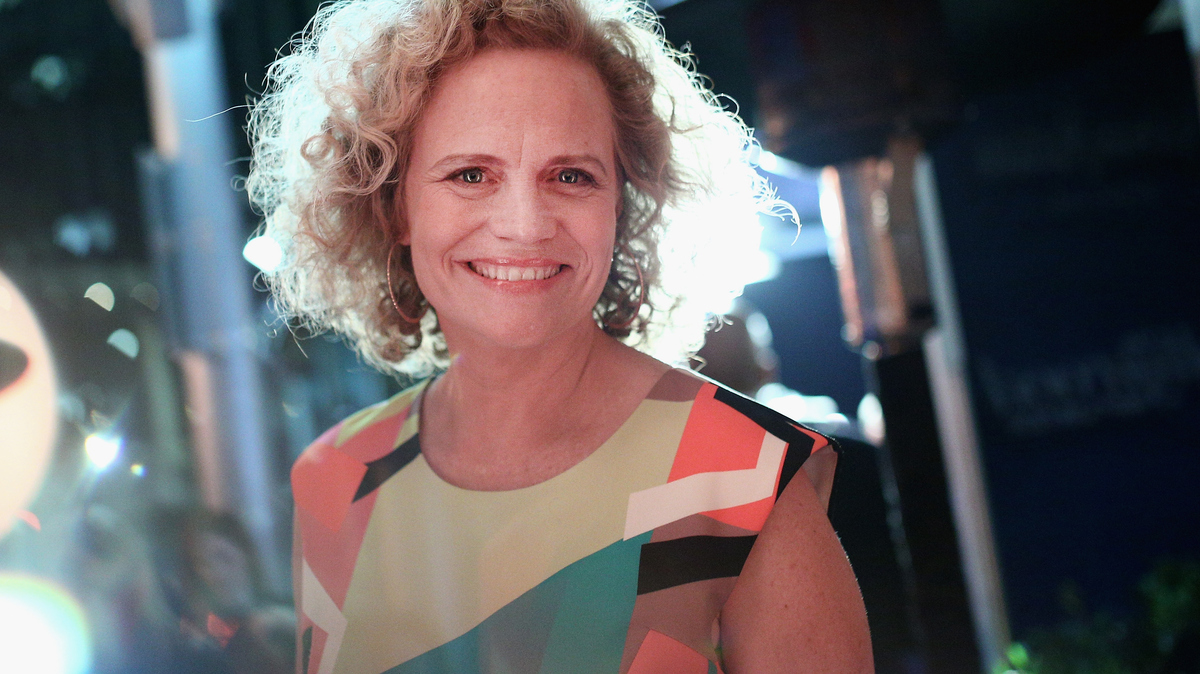 Screenwriter Meg LeFauve is having a very good year. She's nominated for an Oscar as one of the writers of Pixar's deeply original, animated movie Inside Out; she wrote the screenplay for The Good Dinosaur; and now she's co-writing the female superhero movie Captain Marvel. According to actress Jodie Foster, LeFauve's mentor and one-time collaborator, her gifts as a writer mirror her gifts as a person: sensitivity combined with a "keen, precise mind."

By now, a lot of people are familiar with the premise of Inside Out, which takes place largely in the mind of an 11-year-old girl named Riley. The main characters are her emotions: Joy, Sadness, Anger, Fear and Disgust. The original idea for the film came from the fertile imagination of Pixar director Pete Docter (Up, Monsters, Inc.), so LeFauve and her co-writer, Josh Cooley, needed to probe Docter's mind to understand his vision. Among the questions LeFauve remembers exploring are: "What is the mind? What does Pete see as the mind? What are the rules of this world?" 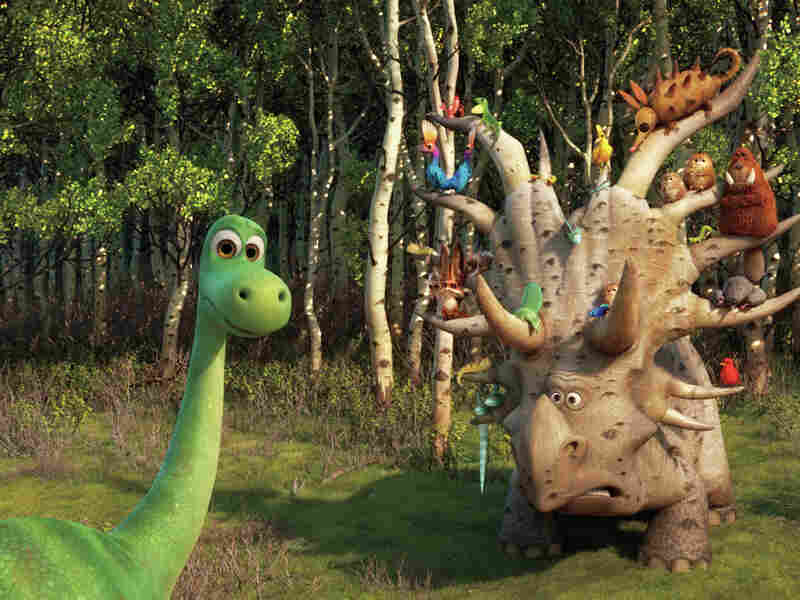 The Good Dinosaur is about an awkward, insecure dinosaur (Arlo, left) whose father tries to toughen him up. Disney/Pixar hide caption 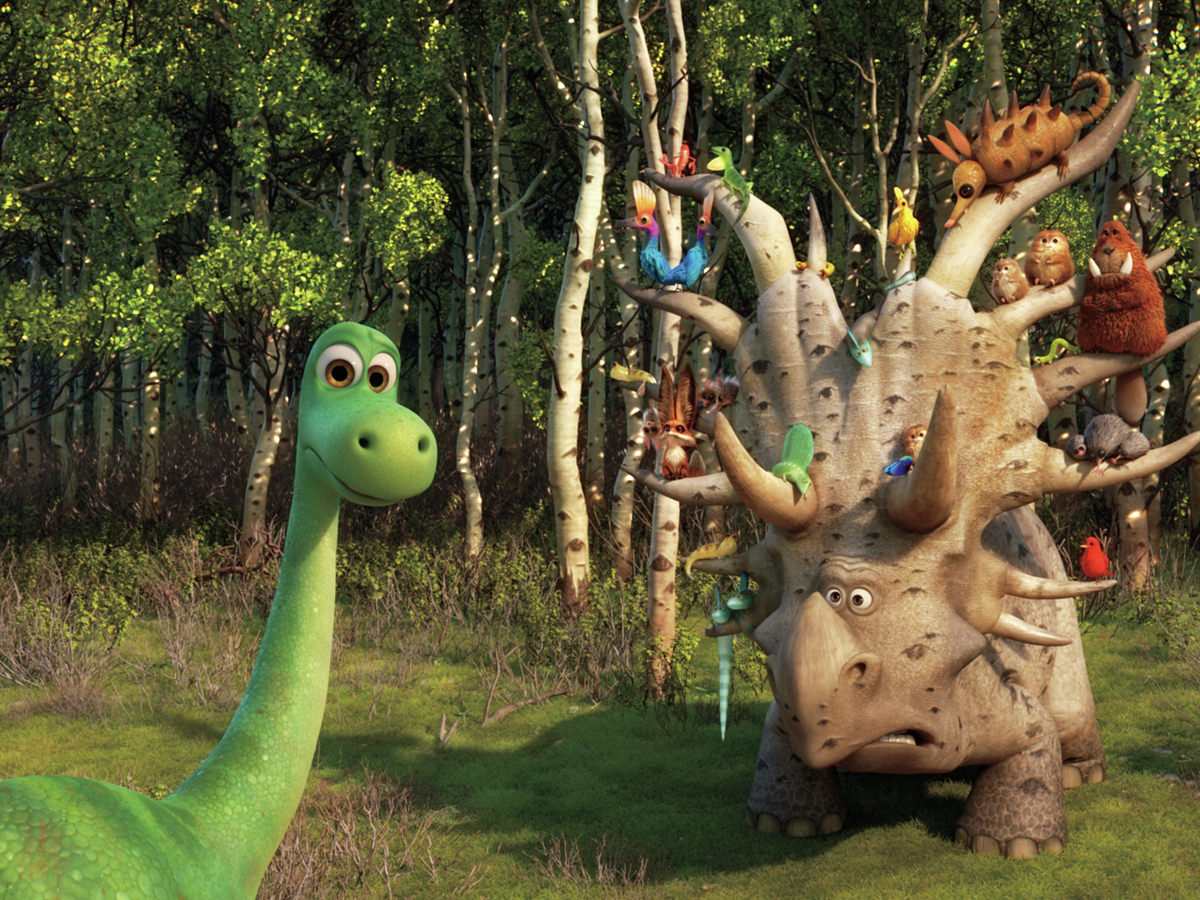 The Good Dinosaur is about an awkward, insecure dinosaur (Arlo, left) whose father tries to toughen him up.

LeFauve's own research took her to the Los Angeles area preschool her children once attended. At Children's Circle Nursery School, LeFauve says, teachers promote emotional intelligence. The theory goes that people learn better once they can regulate their emotions.

"We would sit down next to the child whose sand castle got kicked and ruined, which, to that child in that moment, would be like us doing a report on our computer and losing it, you know" LeFauve says. "You would be upset." Teachers would help the child by naming the feeling. "'Wow, you took a long time to build that. ... You're sad,' " LeFauve recalls them saying. "And then eventually they would move through it with you and regulate, just by you narrating back to them how they're feeling."

LeFauve was both moved and impressed by the process, so she included a similar scene in Inside Out between Sadness and Bing Bong, Riley's long forgotten imaginary friend. "We were best friends," Bing Bong says with a sniff. "Yeah, it's sad," Sadness replies.

Sadness empathizes with Bing Bong. She validates his feelings and lets him have a good cry. Eventually, his tears subside and he's ready to move on, helping Sadness and Joy find the Train of Thought that will take them back to the headquarters of Riley's mind. 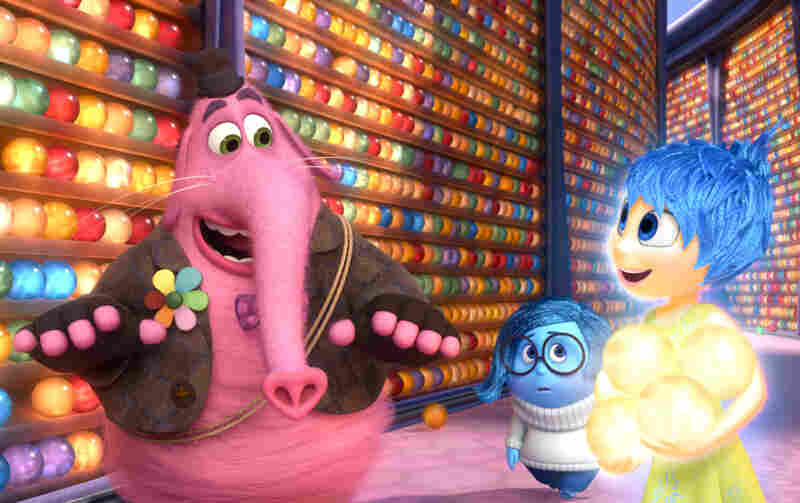 In one scene from Inside Out, Sadness (center) empathizes with forgotten imaginary friend Bing Bong (left) instead of trying to cheer him up, as Joy does. Disney/Pixar hide caption 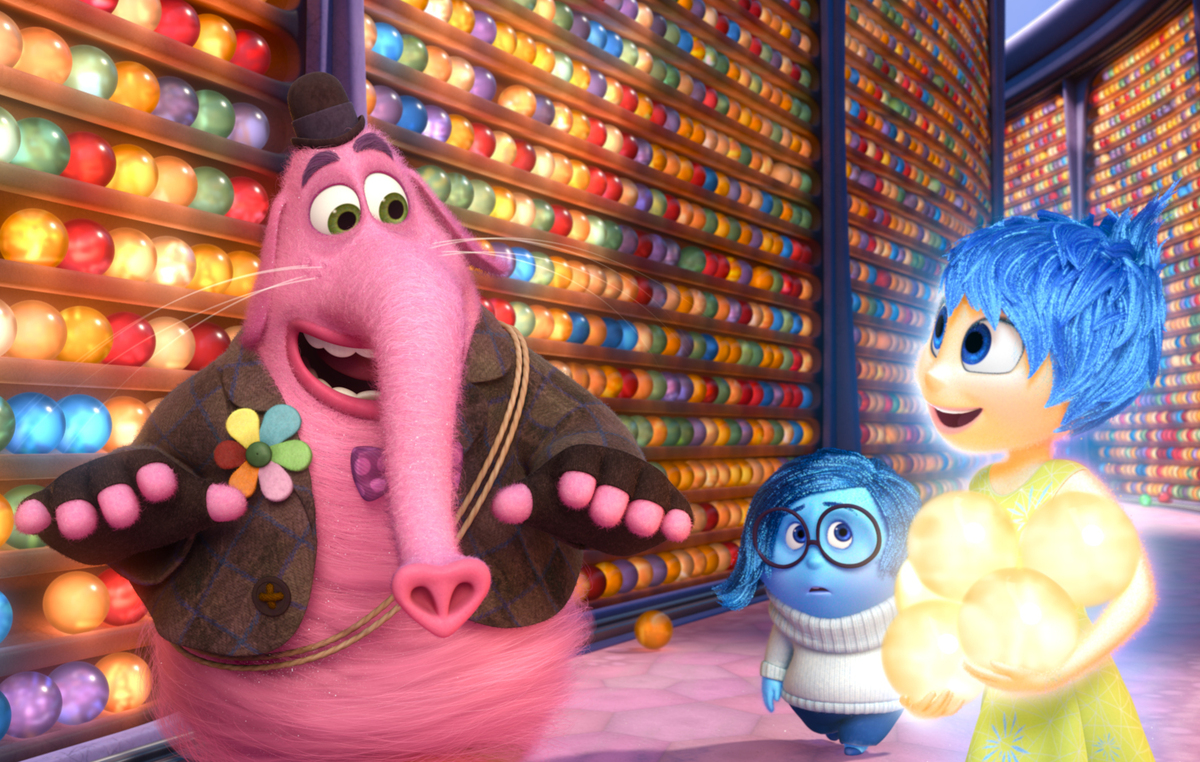 In one scene from Inside Out, Sadness (center) empathizes with forgotten imaginary friend Bing Bong (left) instead of trying to cheer him up, as Joy does.

Inside Out has enjoyed widespread praise from critics and it's already won several awards, including multiple Annies and a Golden Globe. Jodie Foster, LeFauve's mentor, is a big fan of the movie. "I loved Inside Out," she says. "And I was just so proud of her to have made a movie for kids and for families that doesn't talk down to them."

That emotional maturity is one of the reasons Foster hired LeFauve to run Egg Pictures, the production company she founded in the early 1990s. Foster wanted Egg to tell smart, independent-minded stories. "It was a way for me to see the intellectual and the emotional kind of come together in this perfect balance," Foster says.

Very quickly, she and LeFauve realized they shared the same mission and sensibility, and together they developed adventurous stories. The Dangerous Lives of Altar Boys (2002), for example, was a coming-of-age film that mixed animation with live action. In it, teenagers draw action-adventure comic books that come to life in wild and colorful animated sequences. Despite kudos from critics for its creativity, LeFauve had to work hard to defend the film. "It was a tough movie to get financed," Foster says. "We lost our financing once and we had to go out and get some more. And that was a real good example of Meg's elbow grease."

'Sadness Is Like A Superhero': Amy Poehler On Pixar's 'Inside Out'

With that kind of tenacity, Foster isn't surprised LeFauve is now a thriving writer, but she also could have become a studio executive. "I can't tell you how many opportunities she was given and how many people called me to say that they were offering her jobs," Foster says. "And she was very clear. ... She knew she had a different path."

But LeFauve says it took her a long time before she had the guts to say the words "I'm a writer," even though she'd been writing since she was a little girl. "I've found all the writings I did when I was in kindergarten ... and my mother was very supportive of me writing a lot," she says. "And then I hit the classic stage of graduating from college and thinking, 'I'm not a writer. I have nothing to say. I can't earn any money.' "

LeFauve, who now mentors many aspiring screenwriters, believes her reluctance to begin writing earlier was simply a case of not feeling ready. To write "authentically," she says, "You have to find a way to become comfortable with vulnerability."

After Egg Pictures closed, LeFauve attended the Sundance Screenwriters Lab. She worked with a writing partner and, like so many writers in Hollywood, penned a handful of unproduced screenplays.

She says all of those years working with writers, actors and directors taught her how to approach a story: "What I learned in those years that I wasn't writing, I now use in my writing." She sometimes wonders what her career would look like today if she'd started writing earlier, but she says, "I think that life always knows what it's doing." Many would say, given all the recent accolades, LeFauve's timing was just right.