Accessibility links
Review: Heron Oblivion, 'Heron Oblivion' Meg Baird leads a supergroup with the skills, the background and the vision to play dark acid-folk for a modern generation. 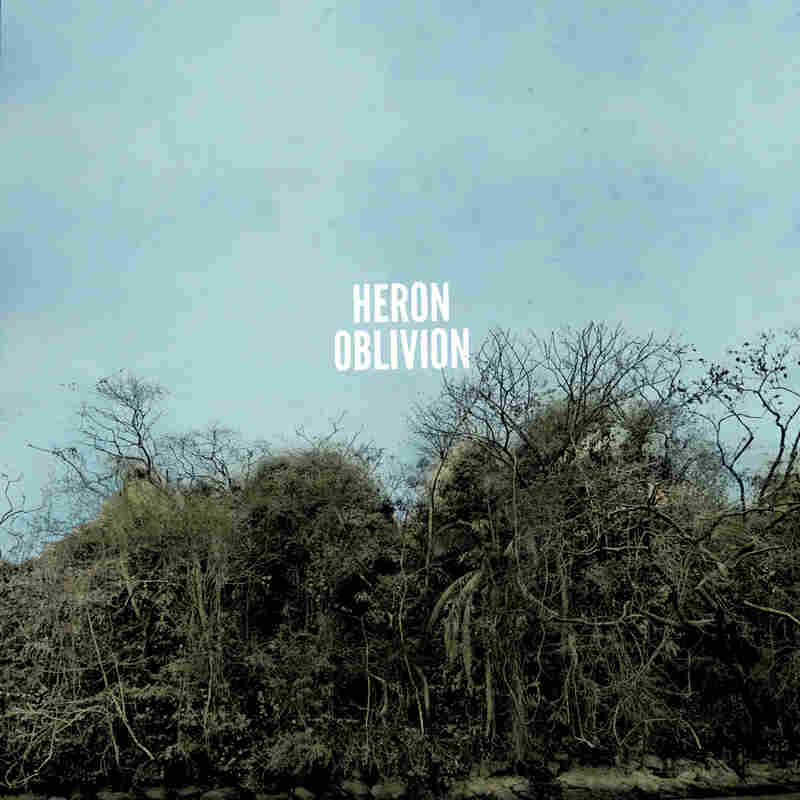 Now that it's been around for 50 years, it's worth asking: What is psychedelic music today? What does it mean? Is it another term for loud rock? Culturally appropriated dress? Tambourines? Trippy electro? Or is it something more?

The music of Heron Oblivion brings a full-force return to the peaks of psychedelic culture, a salvo from the other side; this is a supergroup with the skills, the background and the vision to play the undisputed prime cut of dark acid-folk for a modern generation. Featuring Meg Baird (whose solo career has taken off in the wake of her participation in groups like Espers and Watery Love) on drums and vocals, guitarists Charlie Sauffley (Assemble Head In Sunburst Sound) and Noel Von Harmonson (Comets On Fire), and bassist Ethan Miller (Comets On Fire, Howlin' Rain), Heron Oblivion restores both austerity and blistering excess to the form, following in the footsteps of Fairport Convention, Jefferson Airplane and the purists that came after (Major Stars, Vermonster and the rest of the Twisted Village roster, for starters, as well as Polvo and Sonic Youth, who cut their own trails throughout the '80s and '90s).

On their first album, Heron Oblivion shows an uncanny ability to merge and move between authentic forms of psychedelic expression, be they slow burners like "Beneath Fields" and the 10-minute "Rama," or in woollier offerings like "Oriar" and the whammy-bar-heavy "Faro," in which Baird enters a vocal trance from which many might never return. Across the whole endeavor, Sauffley and Harmonson display a shared language of dynamic shifts and withering, feedback-laden bursts of guitar that create a deeply unsettling effect. Miller hangs back, providing a near-perfect foil to Baird's minimalist, atmospheric percussion.

Still, it's Baird's voice that sets Heron Oblivion apart: Clear and breathy, it evokes the spirits of Sandy Denny, Trees' Celia Humphris, Judy Dyble, and the vocal performers from the Wicker Man soundtrack, among others. It cuts through even the grimiest displays of noise the band can muster, punctuating the band's doom-laden sentiments with bell-tolling finality and grave seriousness. Even if it's not what the group had envisioned as its calling card, that stern mood helps Heron Oblivion stand out. With any luck, this music will mark a sea change in how we approach psychedelic music in general: as a sound that's both rooted in history and geared toward the future.