Accessibility links
Book Review: 'Version Control' By Dexter Palmer Don't call it a time machine! Dexter Palmer's new novel follows a professor who's invented what he calls a "causality violation device" — and his wife, who suspects her world is going strange. 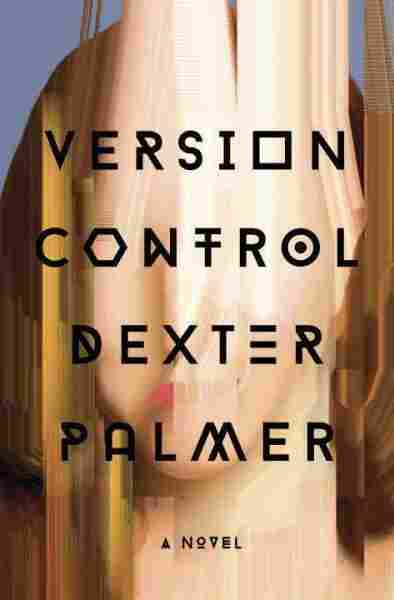 Dexter Palmer does not do simple. His debut novel, 2011's The Dream of Perpetual Motion, was a complex, intricate mechanism of a book, a postmodern steampunk sprawl set in a dreamlike world. His second (and unrelated) novel, Version Control, is equally complex. But Palmer picks a far less fantastic setting for his latest reality-distorting vision: A fictional college town in New Jersey called Stratton, just a handful of years in the future.

The relatively familiar backdrop doesn't make the book less elaborate. Version Control, like The Dream of Perpetual Motion, revolves around an invention: Instead of a perpetual motion machine, now it's a time machine. More precisely, a causality violation device — an apparatus designed by a middle-aged physicist named Philip Wright, who would prefer it if you didn't call his brainchild a time machine. Studious and serious, Philip knows how much baggage comes with that most hoary of science fiction clichés.

Palmer knows it too. Version Control is a thoughtful, powerful overhaul of the age-old time travel tale, one that doesn't radically deconstruct the genre so much as explore it more broadly and deeply.

Rebecca is Philip's wife, a call-center rep for an online dating service called Lovability. During the course of Philip's experiments, she begins to notice strange things: People and places are not exactly what she remembers or expects them to be. As her sanity starts to fray around the edges, she seeks refuge in margaritas and the suppressed memories of a past tragedy better left undisturbed. "This world is a dream," warns a Lovability client who contacts her at work one day — apparently the only other person who notices reality unraveling. When her situation can't seem to get any weirder, the wheels of her world fly off — and she's faced with a decision that's not only horrific, but impossible.

'Version Control' is a thoughtful, powerful overhaul of the age-old time travel tale, one that doesn't radically deconstruct the genre so much as explore it more broadly and deeply.

With its bold warping of chronology and consequence, Version Control itself is a kind of causality violation device. It takes a little while to get in gear, though. Large portions of the book involve extended emotional monologues, snail-paced developments, and lengthy speeches about philosophy, politics, culture, and technology. For a mystery story — which Version Control is at its core — it makes for a sometimes sluggish read.

But Palmer knows what he's doing. His distant, clinical voice morphs into a poignant drip of exposition. By the time he rewinds events to reveal, among other things, the online courtship of Philip and Rebecca — via Lovability, of course — what was sluggish has become captivating. Palmer peppers his otherwise dry narrative with well-timed bursts of humor and social satire. He even appears to poke sly fun at his own wordy tendencies: Just before Rebecca meets Philip, she replies to a would-be cyber-suitor's bloated, pedantic email with "tl;dr."

Every word of Version Control, however, is worth savoring — including its many intellectual asides, some of which throw down canny foreshadowing. Palmer tackles vast issues, from the way physics provides a form of secular spirituality to the way Big Data undermines personal identity. In the Information Age, people have become "little marionettes[s] made out of data," Palmer writes. Which begets Version Control's most staggering question: What makes us us?

Palmer has given us a vertigo-inducing peek behind the veil of existence, then distilled it into a quiet, intimate tale of a couple and the trauma that binds them. It's exhilarating. It's exhausting. And the ending is a virtuoso performance that yanks the brain as it disorients the heart. Palmer is a novelist with an abundance of things to say — about life, about time, and about the essence of the universe. Luckily, with Version Control, he also has the chops and eloquence to make those things sing.