Accessibility links
Pop Culture Happy Hour: Our 2016 Oscars Preview It's time once again for our annual Oscars Omnibus: a roundup of every Best Picture nominee, many notable performances, and the movies we'd have nominated to improve the awards' diversity. 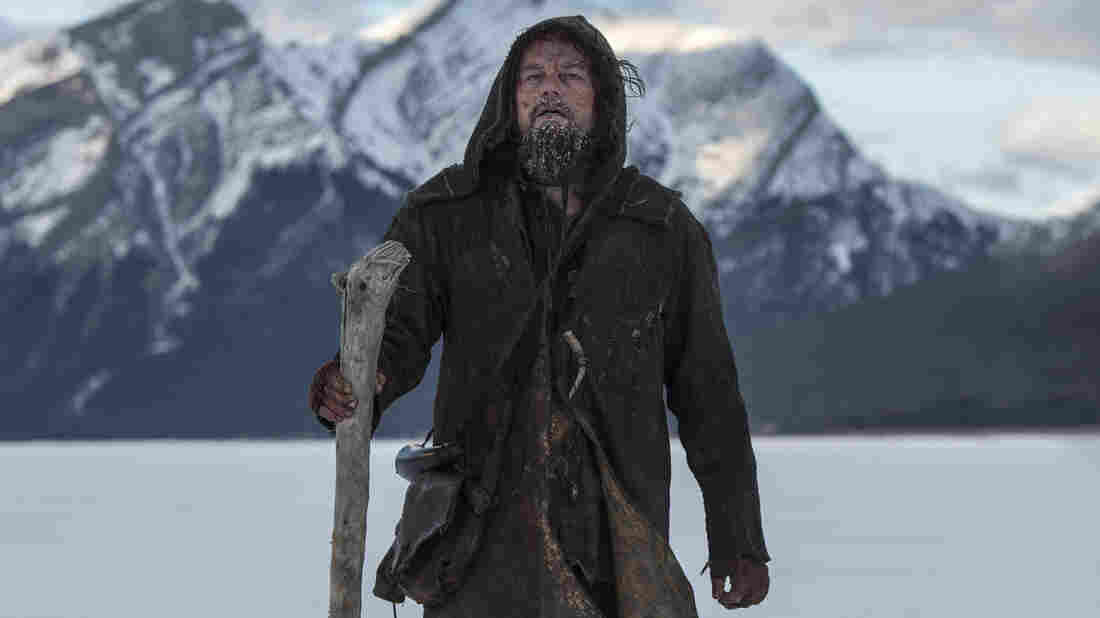 Leonardo DiCaprio is considered a frontrunner for an Oscar for his lead role in The Revenant. Kimberley French/Regency Entertainment/20th Century Fox hide caption 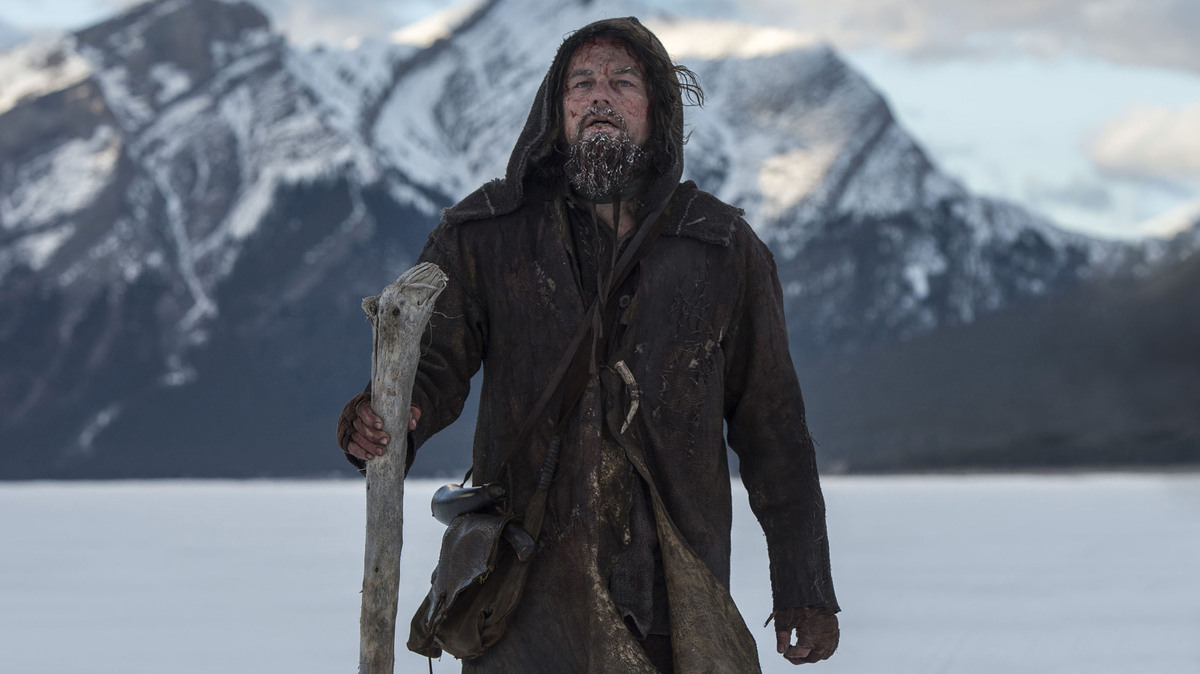 Leonardo DiCaprio is considered a frontrunner for an Oscar for his lead role in The Revenant.

At the end of a grueling Academy Awards race, we at Pop Culture Happy Hour like to unwind with a good, long talk we call our "Oscars Omnibus" — a roundup of our thoughts on all the Best Picture nominees, notable acting nominees, and issues and themes surrounding the prior year in movies. This year gave us plenty to chew on, as you can imagine, and as you can hear for yourself on this page.

Linda Holmes, Glen Weldon, All Things Considered movie critic Bob Mondello and I open with a dash through this year's Best Picture contenders, giving a little extra time to the movies we haven't discussed at length on the show before. Here they are, in the order we tackle them:

* We did a full segment on The Martian when it came out, so we're pretty brief here; the discussion mostly revolves around whether the film is too lively and entertaining to be considered "Oscar bait."

* Bridge Of Spies also got a long discussion around the time of its release — and, though we're fans of Mark Rylance's supporting performance, none of us could quite glean what (besides Steven Spielberg's name) the movie is doing on this list.

* The Big Short, about which we've quibbled in passing, gets a more substantial discussion here. I get to relaunch my defense of the movie — which makes a boring, serious subject zippy and fun — while Linda articulates, not inaccurately, the issues surrounding the audience it thinks is watching.

* All these months later, everyone's still effusive about Mad Max: Fury Road, which got a Small Batch with Glen Weldon and Chris Klimek back in May. We all marvel at its visual brilliance, its audacity, and what Bob calls "a demolition derby with content."

* Brooklyn gets us into a bit of a rumble: Bob feels largely indifferent and laments its tameness, Glen returns to a recurring liked-it-didn't-love-it refrain, and Linda and I take turns waxing rhapsodic about its charming, meaningfully grownup love story. (Linda, you'll note, waxes rhapsodic with far more eloquence than I've ever mustered in my entire life.) Seriously, though, what a lovely little movie.

* Room draws positive notices all around, with a few quibbles here and there, and we're all impressed with the tense and exciting scene that splits the movie in two. Praise for Best Actress frontrunner Brie Larson isn't hard to come by in general, and we're not about to reverse that trend.

* Spotlight is probably my favorite movie of the year (not counting Inside Out, which isn't nominated for Best Picture), but Bob found it formulaic and too straightforward. The rest of us, who are right, marvel at the way Spotlight eschews grandstanding in favor of a big, important story.

* And then there's apparent frontrunner The Revenant, about which our opinions are decidedly mixed. Bob loves it as a piece of grand filmmaking, Linda acknowledges that it's "Not For Lindas" upfront while describing it as "theatre of pain and agony," Glen favors Tom Hardy's performance over that of Best Actor frontrunner Leonardo DiCaprio, and I launch into a screed about why "degree of difficulty" in movie performances so often seems to revolve around how much an actor has suffered for his or her art.

From there, we move on to a generous grab bag of Oscars issues — most notably the fact that white actors went 20-for-20 in the acting categories for the second year in a row. This leads us into a discussion of films and performances that could and perhaps should have prevented that: Linda and Bob love Tangerine and its central performances, we've all got nice things to say about Creed and the work of both director Ryan Coogler and star Michael B. Jordan, and Linda wonders why Beasts Of No Nation (a movie she describes as "a wail of pain") would get shut out while The Revenant leads the field.

Then there's a whole bunch of quick-hit commentary on an assortment of films that got nominated for Oscars (The Danish Girl, Trumbo, 45 Years, Carol, Son Of Saul, Ex Machina), a note on stuff we wish had gotten more attention (like 99 Homes), a quick Inside Out vs. Anomalisa smackdown, praise for the animated shorts Sanjay's Super Team and World Of Tomorrow, and a quick diatribe about Sam Smith's dreary nominated James Bond theme.

Finally, we close, as always, with What's Making Us Happy this week. I'm excited about the imminent completion of The Austin 100, a free and fully downloadable 100-song SXSW sampler — look for that on the NPR Music site early next week — and about a recent appearance by my colleague and pal Bob Boilen on the freaking Simpsons. Glen is loving the second season of American Crime, Bob is thrilled to see Stephen Sondheim's Bounce revived and revitalized, and Linda is feeling smug about both knitting and her shiny galley of a new book by an old favorite of ours.