Accessibility links
Songs We Love: Parker Millsap, 'Heaven Sent' One of the leading, young singer-songwriters in Americana debuts music and talks about the characters he writes about. 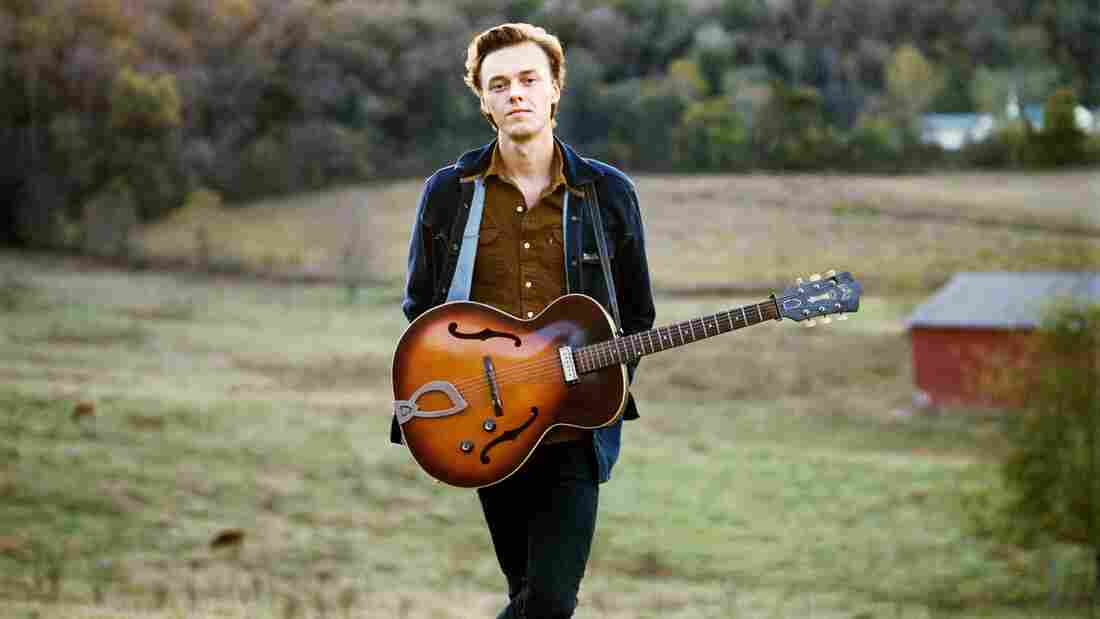 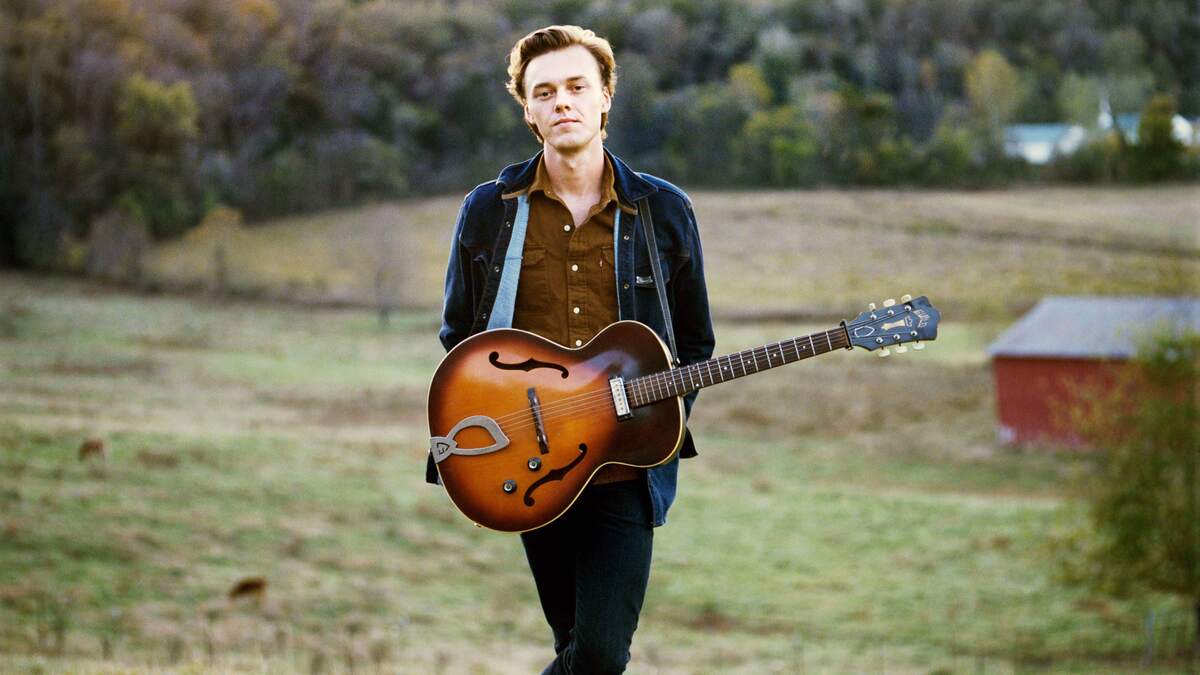 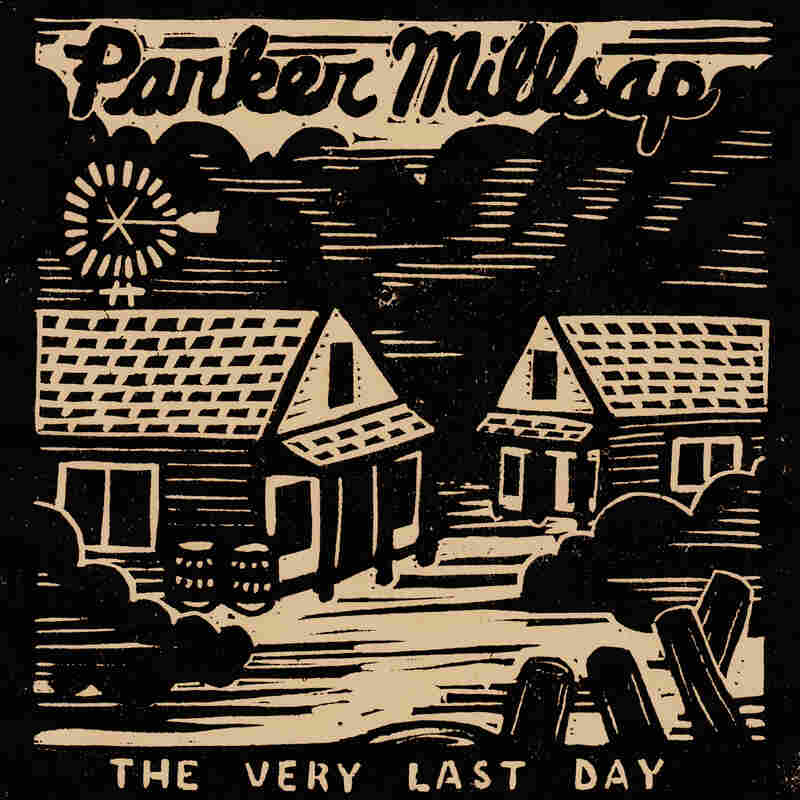 The great novelist Flannery O'Conner once wrote that, "To the hard of hearing you shout, and for the almost blind you draw large and startling figures." This was her way of explaining why she populated her fiction with grotesquely flawed characters, exaggerating their ugliest impulses in the funhouse mirror of writerly vision. Having emerged this decade as one of Americana's leading young singers and writers, Parker Millsap shares more of a kinship with O'Connor's thinking than with that of songwriters who lean on the genre's familiar approaches (confessional catharsis, observational storytelling and the like). His style is to blend the jarring with the jaunty, and use his inquisitive mind to deploy an assortment of striking imagery, plot twists and cultural symbols. He's got a highly developed sense of play and a touch of Tom Waits-style trickster theatricality.

Those qualities come into sharper focus on Millsap's excellent new album The Very Last Day, which he co-produced with Gary Paczosa, an engineer who has become a go-to for sophisticated acoustic musicians. Millsap delivers his toothsome hooks with raw-throated verve, and his wiry folk 'n' roll combo — the acoustic guitar/fiddle/upright bass trio that he tours with, plus drums and the occasional electric guitar — hurdles through kinetic, rhythmically juiced arrangements. An imaginative tweaking of Greek mythology emerges as the lurching boogie "Hades Pleads," nuclear apocalypse is confronted with impish swagger in "The Very Last Day" and "Tribulation Hymn" archly filters a post-rapture, left-behind scenario through Appalachian folk.

The Very Last Day's most down-to-earth track is, paradoxically, titled "Heaven Sent," and it makes an altogether different sort of impact. Millsap, who is himself a straight, Holiness-Pentecostal-raised, Oklahoma expat, imagines how a young, gay man might plead with his evangelical preacher father for reassurance that neither divine nor parental love are conditional. Millsap distills the protagonist's thoroughly realistic desperation to its most potent, personal form. "Daddy, you're the one that claimed that he loved me through the flame," he sings. "Now why can't you do the same?" Millsap sat down with NPR Music to talk about what he's up to here and on his other songs.

The new album starts in the underworld and moves toward some end times scenarios. What put you in that headspace?

A lot of it was living where I was living at the time. Guthrie is a cool little town, but it was Oklahoma in the winter...and Oklahoma in the winter is one of the ugliest places. [Laughs] There's not a lot of evergreen, but a lot of grey, a lot of brown. Because it was cold outside, I just holed up reading books (Stephen King's The Stand [and] Cormac McCarthy's The Road) and watching TV (a bunch of The Walking Dead). I just kind of went whole-hog into an apocalyptic mindset.

Your treatment of those themes is downright playful.

Hey, if nuclear apocalypse happens, what am I going to do about it? You have to be able to laugh at it, I guess.

On your previous album, there were certain songs, like "Truck Stop Gospel," that gave people the sense that when you write about religion, you're not going to do it in a dismissive way; you're going to take seriously the power that faith has in people's lives. How do you avoid those pitfalls in your writing?

Maybe it comes from reading books and listening to songwriters who are super-detailed — like, when a song or a book or something makes you identify with somebody completely different from you. You think, "Maybe they're not so crazy." I'm kind of attracted to that.

An exercise in empathy almost.

I think so. It's interesting to put yourself in someone else's shoes. But it's weird to be playing songs about it, because sometimes people think that you're the person [whose perspective you're singing from]. People come up after shows, and especially [with] "Truck Stop Gospel," they're like, "I like how you're sticking it to religion with this song." And then other people are like, "You're preaching the Lord's message. Keep doing it." What they take away from it, that's not up to me. Some people listen to the verses and some people listen to the choruses. That, I think, determines how they come out of the song.

Going into your singer-songwriter career, did you anticipate that inhabiting a character in a song might be heard as autobiography?

I never even thought about it. Because with a lot of songwriters I listen to, it's obvious that it's a story. In a lot of folk and blues music that I really love, it's obvious that the person singing isn't the person in the story — and if it is, that's bad-ass and scary, you know? [Laughs] You listen to Robert Johnson, and it's like, "If this guy's telling the truth, that's heavy. But if he's not, I can still enjoy the story." I just never really thought about it.

I listened to the World Café performance you gave last year. When you did "Heaven Sent," you introduced it as a love letter from a gay son to his preacher father. It doesn't really come from a place of anger; it's anguished over a very personal rejection. What made you want to tell that story, and tell it in that way?

Mostly it's just a story that I hadn't heard told in that way. ...You've got to keep your antenna up. So when you get an idea that seems unique, it's like, "Now that I have this idea, I have to pursue it." I grew up in a more conservative part of the United States. Oklahoma's kind of behind culturally, in a lot of ways. There are just a lot of really subtle double standards that struck me the wrong way — that was what inspired the song. And nobody was talking about it from a religious perspective, too. Lady Gaga had "Born This Way" and there are all these songs about sexuality and being OK with it. But when you are raised in a culture that unanimously shuns the way you feel, it's taxing.

It's not a protest song or an anthem. It's an intimate exchange. The protagonist is addressing himself to "Daddy" and "Papa." That's really affecting.

I find that specificity lends weight to a lot of things. A lot of songs and records I really love, they're very specific. I find that it's a more powerful storytelling tool.

There's a second layer to the story, too: how the protagonist is dealing with his faith. It feels like he's not rejecting it outright.

I grew up in a pretty religious home. There are things about it that just stick with you and you can't do anything about, things you learn before you're eight years-old that become so ingrained it's like, "Okay, this is a part of who I am." Then later on, as you're introduced to new information, you grow, you become an adult and face real life. So you have to kind of adjust, you have to find out how that [information] fits in this little mold that you were given that you had no control over.

I hear the protagonist sort of interrogating what he's been taught about God's love, and its limits.

The Very Last day is out on March 25 on Okrahoma/Thirty Tigers.