Accessibility links
In Alabama's Rural Black Belt, An Uphill Climb For Bernie Sanders Even though Sanders is breaking through in many places, Democrats in Greensboro, Ala. say they feel a connection to Hillary Clinton. 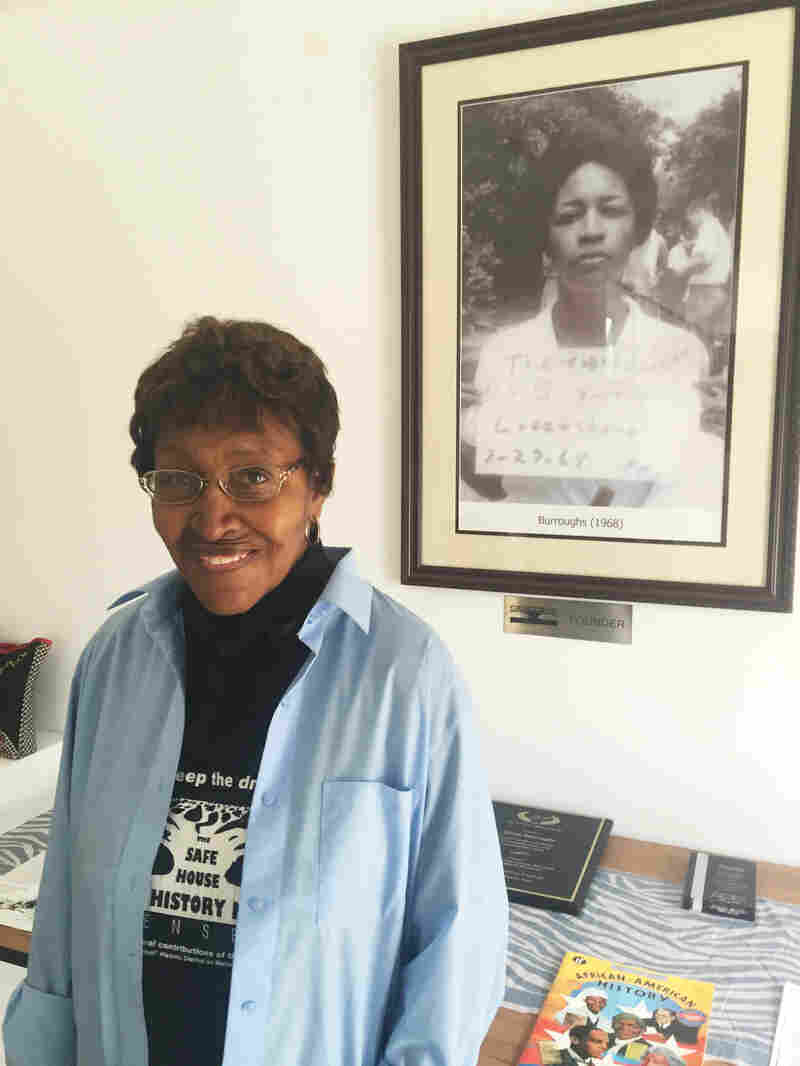 Theresa Burroughs, 80, stands by a photograph of her as a young woman getting arrested for trying to register to vote. The right is sacred to her today. "Every time there's a vote, I go," she said. Debbie Elliott/NPR hide caption 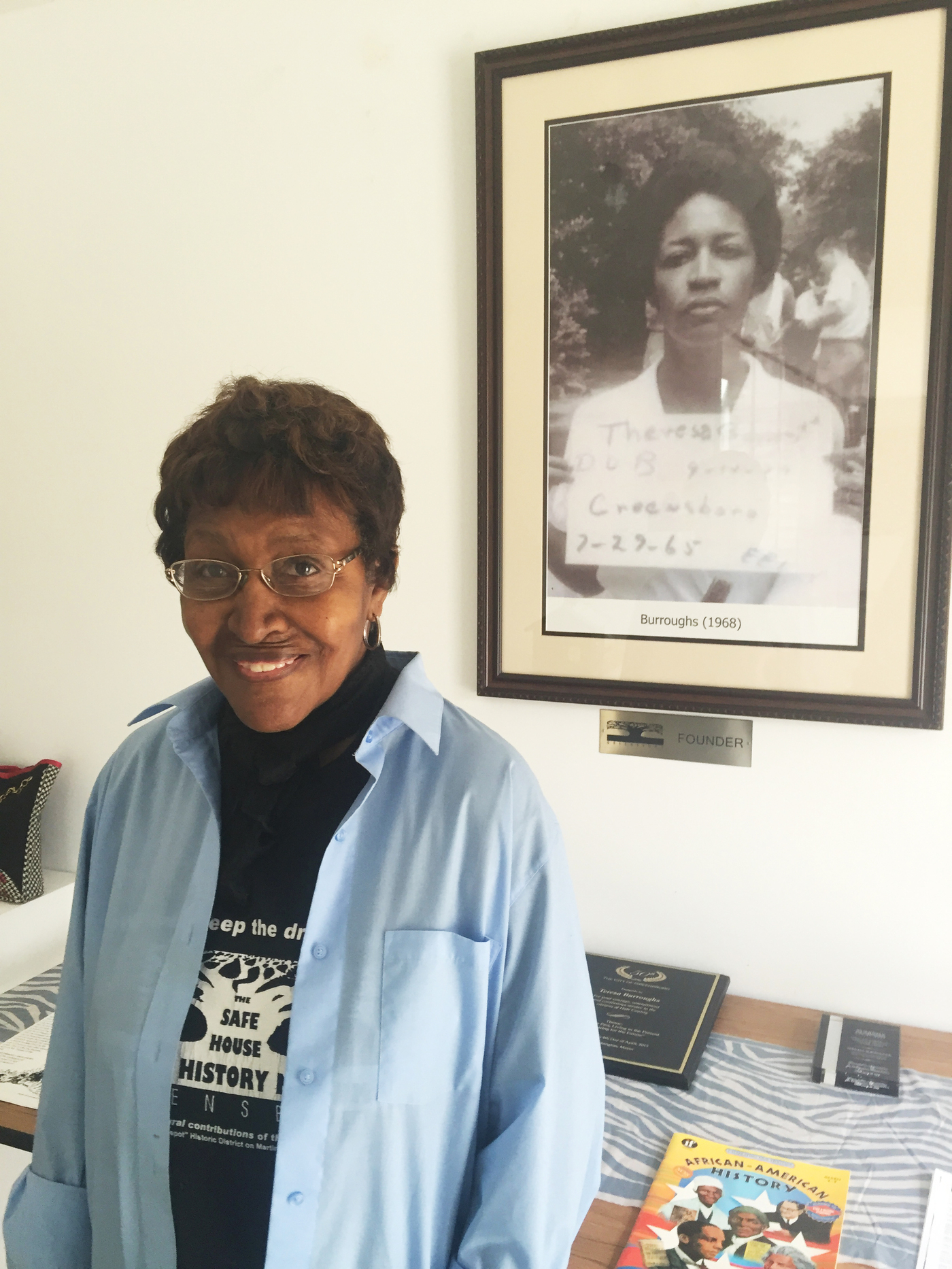 Theresa Burroughs, 80, stands by a photograph of her as a young woman getting arrested for trying to register to vote. The right is sacred to her today. "Every time there's a vote, I go," she said.

The presidential contest moves South on Super Tuesday, March 1. The region is considered a firewall for Hillary Clinton because of her strong support among African-American voters, a key bloc of Southern Democrats.

Greensboro, Ala. is in the heart of the black belt — named for its rich black soil and known as a place where the right to vote is sacred.

She marched from Selma to Montgomery for the right to vote in 1965, and was a member of the Hale County Civic Improvement League — one of the nation's first grassroots civil rights organizations.

Burroughs is founder of the Safe House Black History Museum in Greensboro, a clapboard shotgun house on the edge of town.

"This is the place where we kept Dr. Martin Luther King safe," she said.

Local activists hid him from the Ku Klux Klan on a visit to west Alabama in March of 1968, just two weeks before King was assassinated in Memphis.

Burroughs says there's still a struggle for voting rights in the black belt. The state has curtailed driver's license offices in the predominantly African-American counties here, yet requires an ID to vote.

"This is just another stage of harassing us and trying to get us ... to disappear," Burroughs says. "We're not going to do that."

Burroughs will be at the polls on Tuesday, and there's no question who she'll vote for.

"It's Hillary all the way," she says. "She's taken all the steps. It's no place up to go but president." 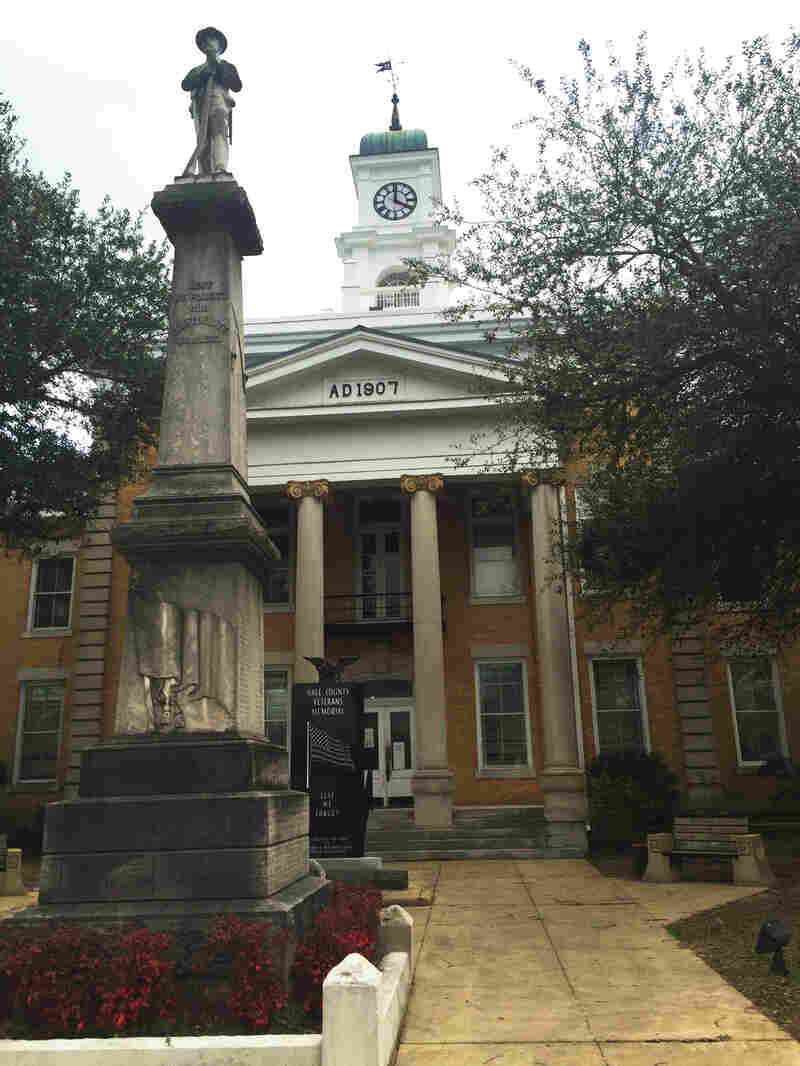 The historic Hale County Courthouse in downtown Greensboro, Ala. The county was home to one of the nation's first groups to advocate for equal voting rights — the Hale County Civic Improvement League. Debbie Elliott/NPR hide caption 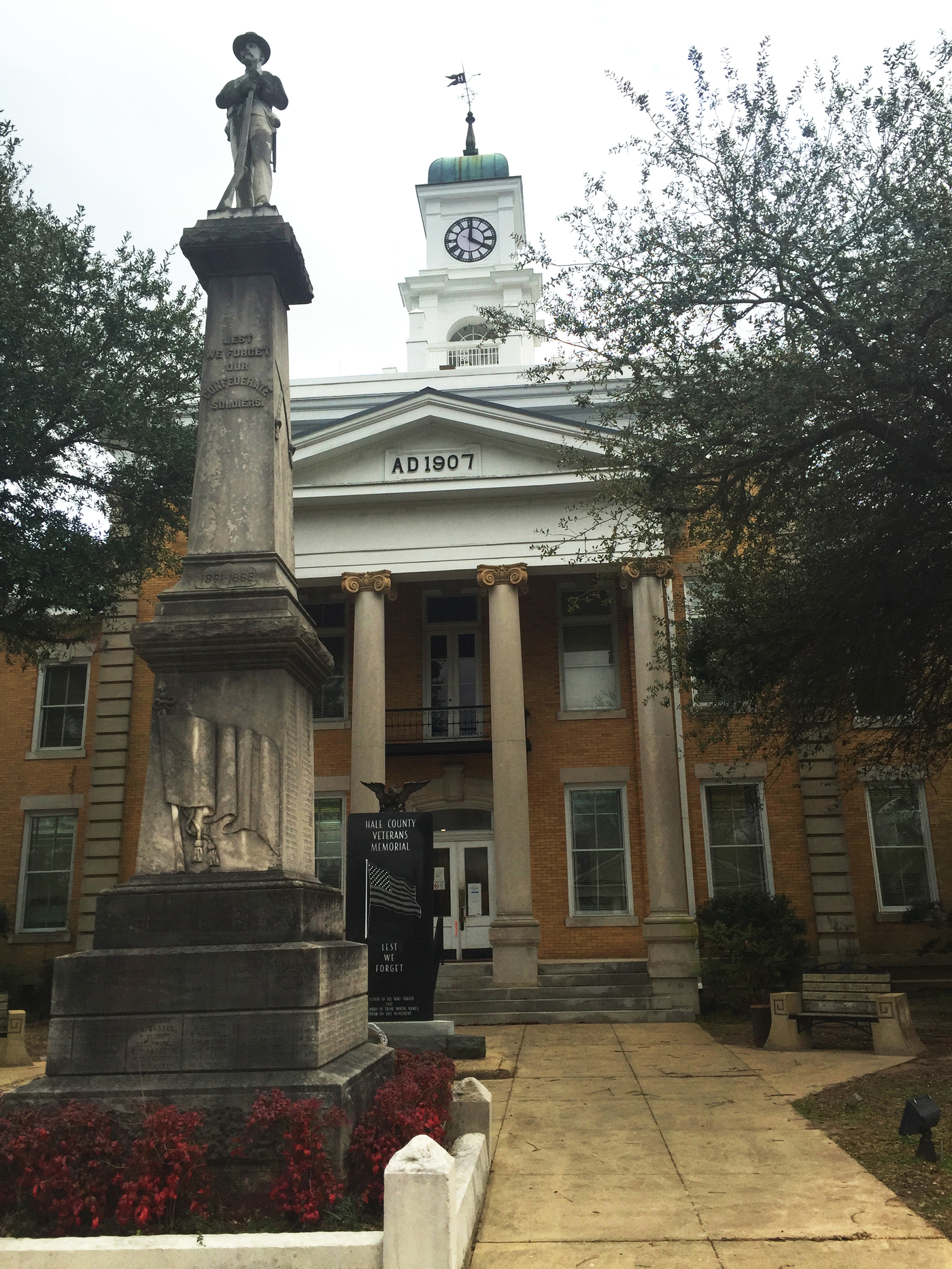 The historic Hale County Courthouse in downtown Greensboro, Ala. The county was home to one of the nation's first groups to advocate for equal voting rights — the Hale County Civic Improvement League.

Clinton has endorsements from Democratic Congresswoman Terri Sewell and a host of African-American mayors in Alabama. Burroughs says that's because active Democrats here feel a connection to the Clintons.

"She's been here," Burroughs says. "She knows us personally. She knows the condition."

The condition — this is one of the poorest areas of the country. Most counties in Alabama's black belt have double-digit unemployment, and more than a quarter of the population lives below the federal poverty line. As farm jobs have dwindled, towns have struggled to lure industry to replace them.

The historic Hale County Courthouse anchors Main Street in Greensboro. There's the furniture store, the hardware shop, and a few other businesses. Some of them are run by the non-profit HERO — the Hale Empowerment and Revitalization Organization. The group develops housing and runs a GED program for young adults.

"I just feel like Hillary Clinton would be a good president," says Drewquita Lanier, who is 22 years old, said recently as about a dozen students, most in their 20s, wrapped up a day of testing. They took a break to talk politics. "Not just because she's a woman but she knows a lot that low income people need help. That's why I'm electing her."

Most of her classmates are undecided, and express frustration that they've been left behind.

"I don't think we have a voice for us," said Jalisa Travis.

Raven Sewell wants a candidate who can help break the cycle of poverty.

"I can say honestly say I'm almost there," Sewell said.

"I have my own place to live. I'm working on a car. Some people really trying, they just need an extra hoist," says Sewell.

Unlike other places where Bernie Sanders has fired up young voters, his message has not reached these rural African-American students. Sewell is surprised to hear that he wants to make college free.

"Now that sounds wonderful," she said.

Bernie Sanders has to ramp up the message if he's going to cut through Hillary Clinton's support in the South come Super Tuesday.

She's strong not only with African-Americans but also with more moderate white Democrats.

"The pie is real good today," he says. "I don't know what kind of politics are cooking."

He's something of a political anomaly in Alabama – a white middle-aged man who still votes Democratic. And he's leaning toward Clinton.

"She's as close to we have being in the middle as anybody right now," Burt says. "I'd hate to see the decision coming down between the socialist and the billionaire real estate mogul from Manhattan."