Accessibility links
New Jersey Gov. Chris Christie Endorses Donald Trump Once Trump's adversary in the presidential race, Christie said Friday "he is a successful person that, like me, isn't afraid to tell it like it is." 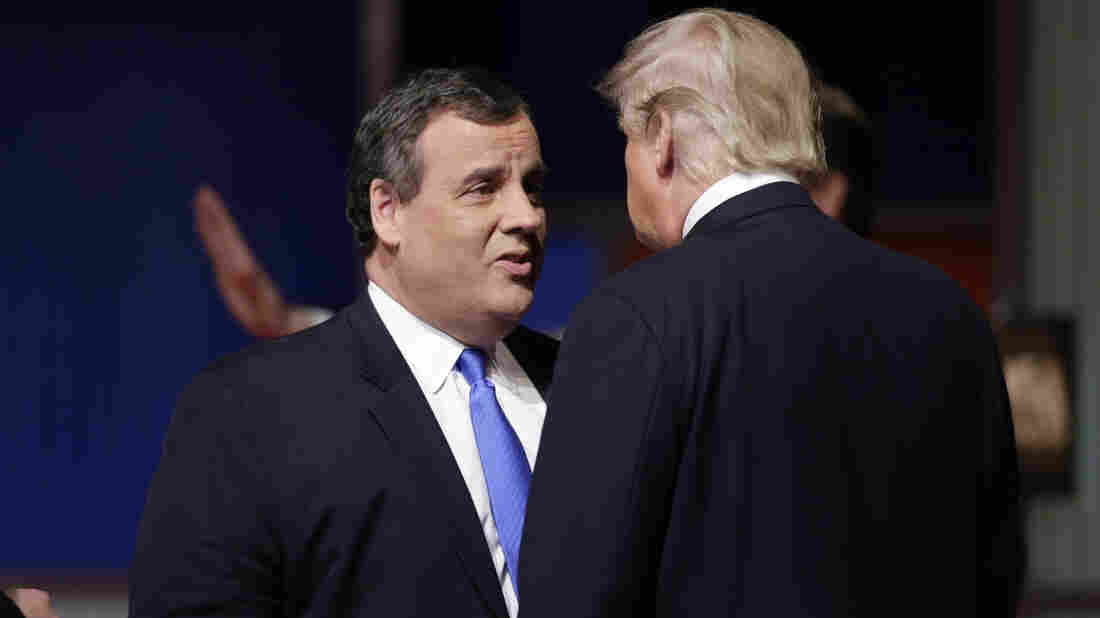 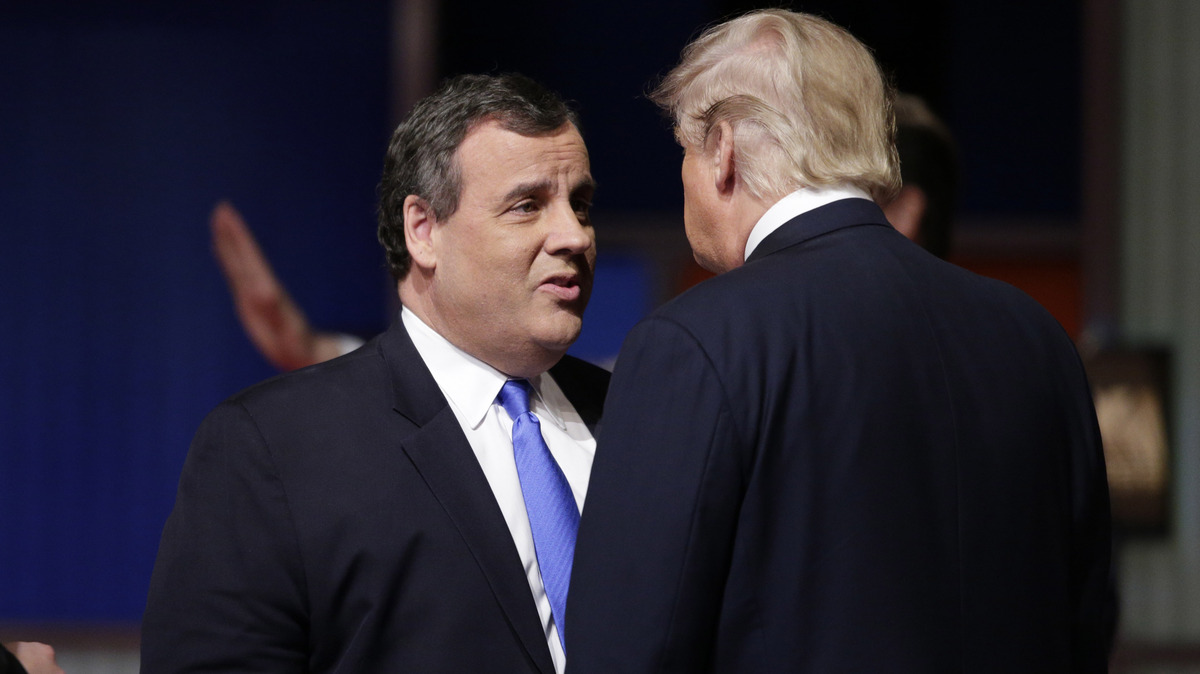 Donald Trump picked up his first congressional endorsements this week, and today he scored another major backer: one of his former rivals, Chris Christie.

"I've gotten to know all the people on that stage. And there is no one who is better prepared to provide America with the strong leadership that it needs, both at home and around the world, than Donald Trump," the New Jersey governor said at a news conference in Fort Worth, Texas.

Chris Christie dropped out of the GOP presidential race on Feb. 10. He said he made the decision to endorse Trump Thursday morning.

The endorsement represents a blurring of the so-called lanes in the 2016 election. Trump is often lumped together with Cruz as an "anti-establishment" candidate, while Christie and his fellow governors like former Florida Gov. Jeb Bush (who has also dropped out of the race) and Ohio Gov. John Kasich have been considered "establishment" candidates.

While Christie's campaign never managed to build up much steam, polling in the single digits nationally, the endorsement could provide Trump with still more momentum going into Super Tuesday. Fresh off three consecutive wins, in New Hampshire, South Carolina and Nevada, Trump now adds a nationally known, politically experienced former rival to his list of supporters.

Christie cited Trump's outsider status as an asset, saying that only someone with his unorthodox style could defeat Hillary Clinton in a general election.

"[The Clintons] know how to run the standard political playbook against junior senators and run them around the block," he said. "They do not know the playbook with Donald Trump because he's rewriting the playbook."

Trump said that while he doesn't care a lot about endorsements, he really wanted Christie's backing.

The men were warm toward each other on Friday, but Christie hadn't been shy in criticizing Trump when he was in the race. He called Trump's proposed ban on Muslims entering the U.S. a "ridiculous position" in December. He also took aim at Trump's approach to interviews on Sean Hannity's Fox News show in January: "He sits in his jammies in Trump Tower and phones in. You guys don't let any of the rest of us do that," Christie said, as reported by Politico.

Indeed, Christie last year said he didn't see Trump as presidential material — a contrast to his assertion Friday that there is "no one who is better prepared" than the real estate mogul.

"Donald's a great guy and a good person, but I just don't think he's suited to be president of the United States," he told Greta Van Susteren in August 2015. "I don't think his temperament is suited for that and I don't think his experience is."

But on Friday, Christie declared their rivalry in the past, saying that "that part of this is over."

When asked about the possibility of Christie as a running mate, Trump said they hadn't discussed it but that Christie "certainly has a lot of talent."

The two men were also united in attacking Marco Rubio. The Florida senator went on the attack against Trump in Thursday night's debate and continued his assault Friday morning, calling Trump a "con artist," making fun of Trump's misspellings in his tweets, and insinuating that he wet himself during the debate.

Trump himself swung back, saying that Rubio sweats excessively and calling him a "choke artist."