Accessibility links
Why Ted Cruz And Marco Rubio Can't Count On The Latino Vote The two candidates, both with a Cuban background, have little support among Latinos. Political scientist Maria de Los Angeles Torres says immigration policy lies at the heart of this trend. 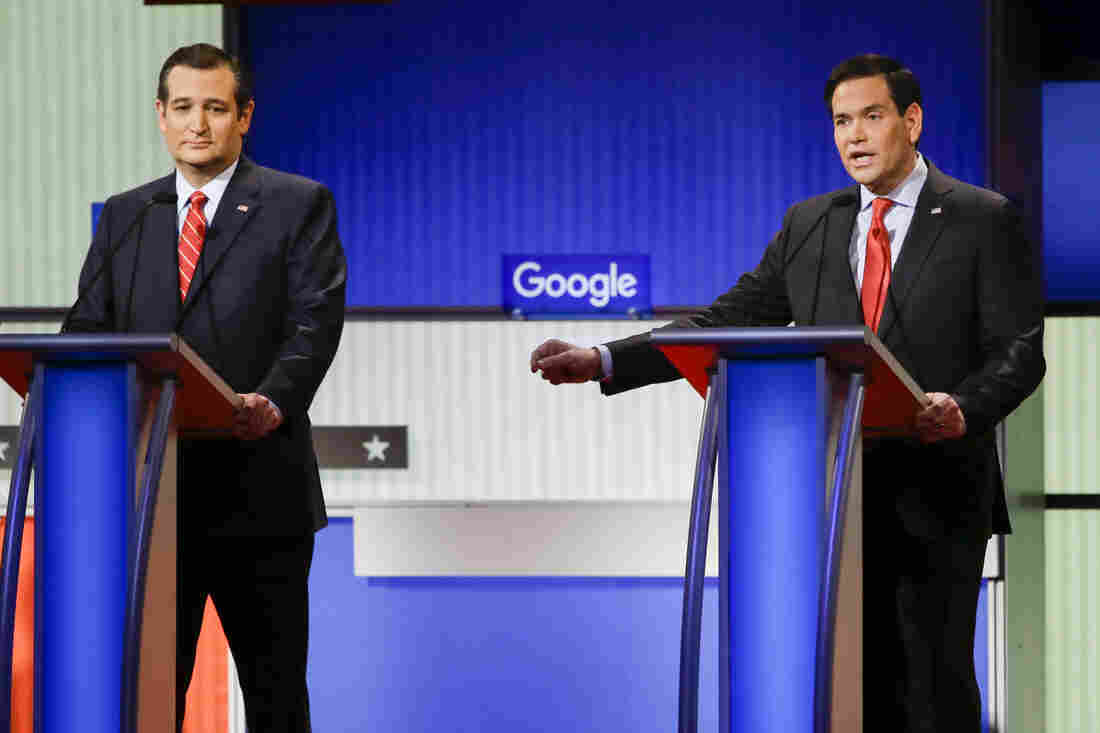 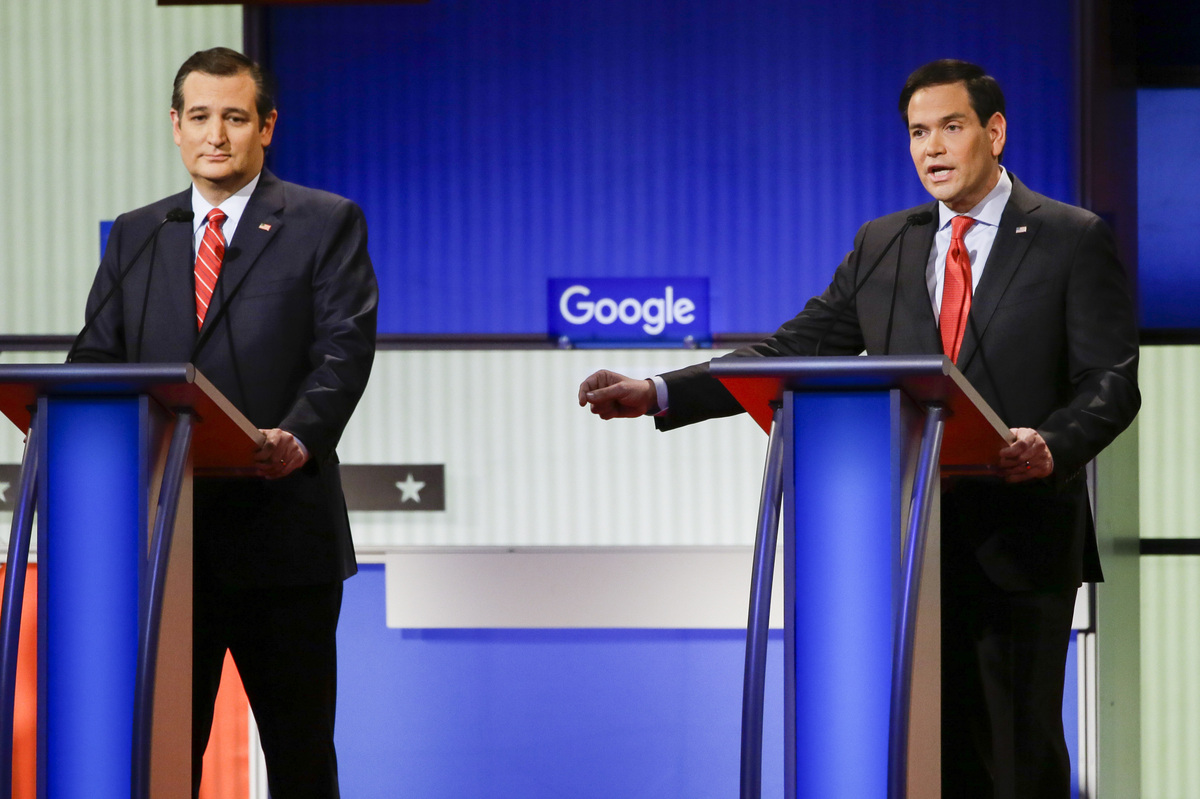 If Marco Rubio or Ted Cruz makes it to the White House, it will be historic — it would mean this country had its first ever Latino president.

Both have a Cuban background, but neither candidate can necessarily count on the support of Latino voters to win. That's because most Latinos in this country lean Democratic, even with no Latino candidate represented in the Democratic field.

During Thursday night's Republican debate in Houston, moderator María Celeste Arrarás of Telemundo asked Sen. Ted Cruz of Texas if his and Sen. Marco Rubio's campaigns were missing out on appealing to Hispanic and Latino voters with their stances on immigration.

Cruz countered by stating he had widespread Hispanic support during his senatorial campaign in Texas, while Rubio responded by saying Hispanic voters care more about more than just immigration. Rubio also noted the Republican dais had two Hispanic and one African-American presidential candidates, while the Democrats had two white candidates.

We turned to Maria de Los Angeles Torres, director and professor of Latin American and Latino Studies at the University of Illinois in Chicago, to walk us through some of the nuances.

On whether the candidates' Cuban heritage is relevant to their politics

Well, I think that they're clearly the background here, not only for the candidates themselves, but for a strategy that the Republican Party unleashed in the late 1970s — and that was their Southern strategy. Remember the South, including Florida, was Democratic. So part of the Southern strategy was obviously to develop a more conservative agenda and bring in Latinos. And they succeeded. Cruz and Rubio, I think, are a product of that strategy.

A Politician Walks Into King Taco ... A Look At The Political Term 'Hispandering'

I think that the Latino electorate is an electorate that votes policy. When you have candidates that have very clearly distinct agendas, particularly in immigration in today's electoral climate, I think that Latinos are not necessarily swayed by a person's background. ...

What has changed, I think, in the last 15 years is the fact that immigration, once a marginal issue for many Latinos or a nonissue for Cuban-Americans and Puerto Ricans, for instance, has become central to the Latino agenda — including Cuban-Americans and Puerto Ricans. And in part, that has to, I think, because of the wholesale deportations that we have seen under the Obama administration. In all national polls, including Cuban-Americans, immigration comes up to the top of their agenda, when asked, "What is the most important issue facing your community?" — not yourself or the country, but your community.

I think it's a problem for the Democratic Party. I think they have taken the Latino community, and for that matter, the African-American community for granted. And it is something that at least any one of the two candidates in the Democratic Party have a chance to correct with their choice of vice presidential candidate.

In the audio version of this story, we incorrectly attribute a comment about the diversity of the candidates onstage to Ted Cruz. It was actually Marco Rubio who made the remark.