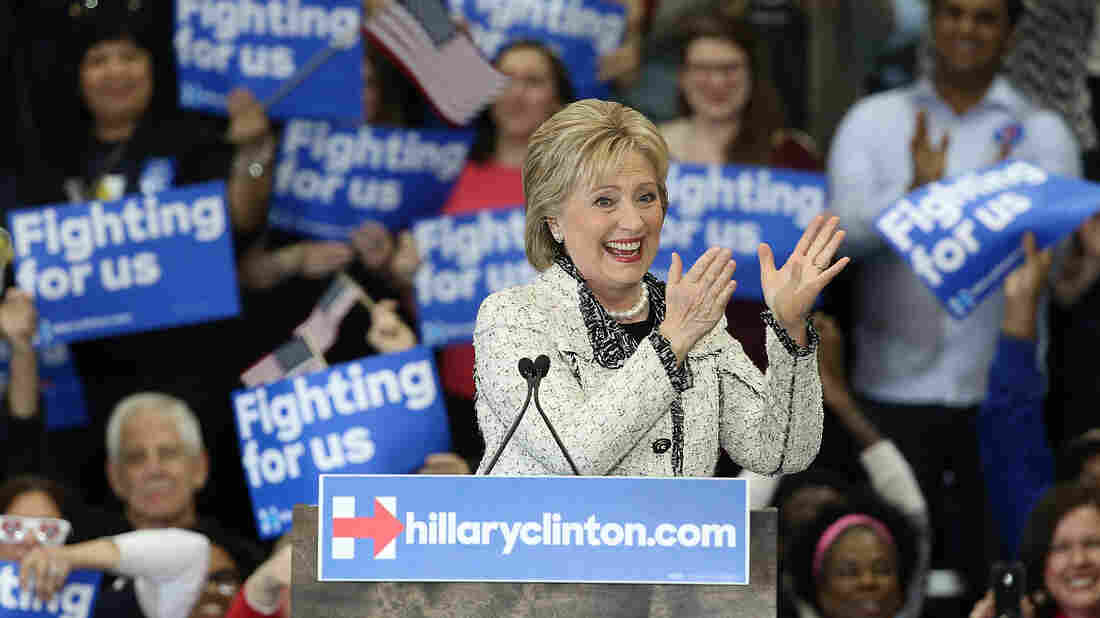 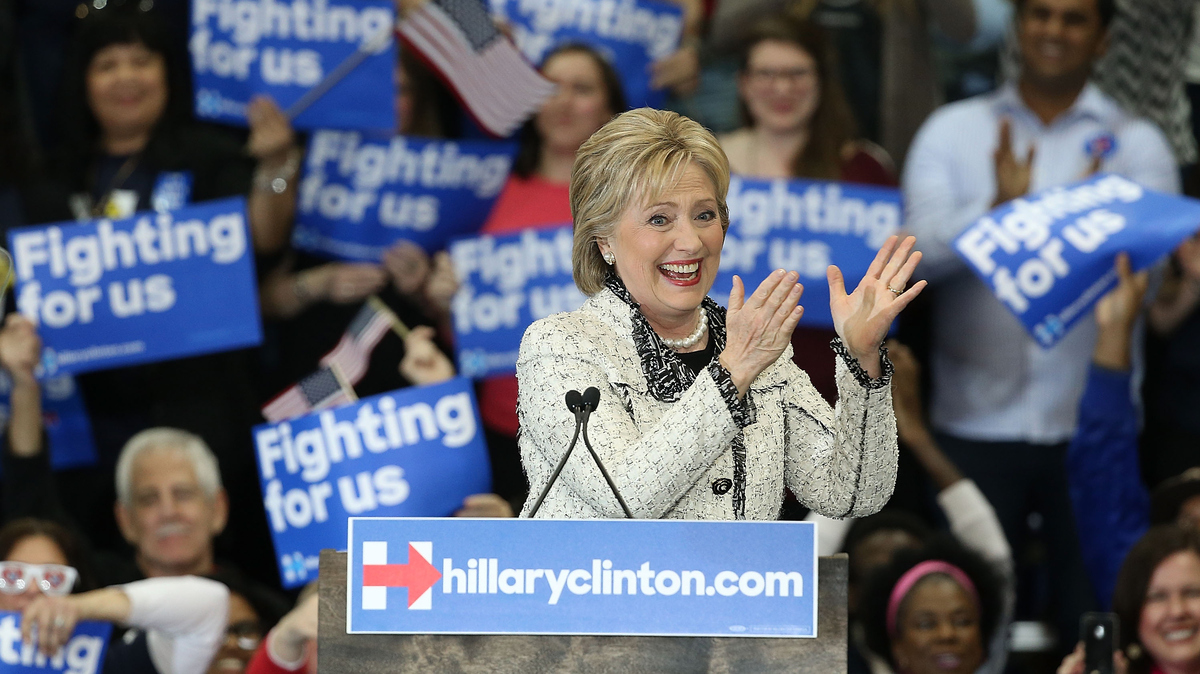 Hillary Clinton won the South Carolina Democratic primary on Saturday, notching a decisive win in a state where she suffered a devastating loss just eight years ago.

The Associated Press called the race for the former secretary of state over rival Vermont Sen. Bernie Sanders just seconds after the polls closed at 7 p.m. ET. With all precincts reporting, Clinton beat Sanders by nearly 50 points, winning 73.5 percent to 26 percent.

"Today you sent a message in America that when we stand together, there is no barrier too big to break," Clinton declared in her victory speech in Columbia, S.C. "Tomorrow this campaign goes national. We are going to compete for every vote in every state. We are not taking anything for granted."

Clinton struck a populist tone as she spoke too, backed by younger voters behind her on stage — a demographic she's struggled to capture over Sanders.

"Together we can break down all the barriers holding our families and our country back. We can build ladders of opportunity and empowerment so every single American can have that chance to live up to his or her God-given potential," Clinton thundered. "Then and only then can America live up to its full potential, too."

"We're going to work together to give people — particularly young people — the tools you need," she added.

A Clinton victory in the first Southern primary had long been expected, and even the Vermont senator's campaign seemed resigned to a loss as voting began. Instead of remaining in the Palmetto State to wait for results, Sanders opted instead to turn his eye toward Super Tuesday states voting March 1. He was campaigning in Minnesota on Saturday night and was en route when the polls closed.

Sanders congratulated Clinton in a statement shortly after the contest was called, but he shifted attention toward the other contests in just three days.

"In just three days, Democrats in 11 states will pick 10 times more pledged delegates on one day than were selected in the four early states so far in this campaign," he continued. "Our grassroots political revolution is growing state by state, and we won't stop now."

When Sanders landed in Minneapolis, he told reporters the loss was all part of the process.

"In politics, on a given night, sometimes you win, sometimes you lose. Tonight we lost," he said. "I congratulate Secretary Clinton on her very strong victory. Tuesday, over 800 delegates are at stake, and we intend to win many, many of them."

Clinton wins black voters big, but turnout was down

The South Carolina victory is an important one for Clinton and gives her a boost of momentum heading into Super Tuesday, when voters in more than a dozen states will go to the polls and 865 delegates are up for grabs.

South Carolina was the first contest in which a majority of the electorate had been made up of minority voters, and Clinton won black voters handily.

According to early exit polls, a record 62 percent share of Democratic voters were African-American, an increase from even the previous 55 percent benchmark eight years ago. Clinton was on track to capture 84 percent of those votes. In 2008, President Obama won 78 percent of black voters.

Younger voters — a key part of the Sanders base — were a much smaller share of the electorate than in previous contests this year. In Iowa and New Hampshire, voters under 30 made up just under 20 percent of the primary vote.

The South Carolina electorate was heavily supportive of President Obama, who beat Clinton in the state in the 2008 contest. Seventy-four percent of the Democratic electorate said the next president should generally continue Obama's policies, and Clinton won those voters 81 to 19 percent, per exit polls. Sanders carried the 17 percent of voters who wanted the next president to implement more liberal policies.

Turnout in the state was significantly down for Democrats from 2008's record turnout. Just over 365,000 voters came out Saturday, compared to 532,151 eight years ago. It continues a trend of lower turnout for Democrats while GOP turnout has increased.