Accessibility links
For Some Trump Supporters, KKK Questions Are 'Overblown' As he campaigns through Southern states in advance of Super Tuesday, Donald Trump has downplayed the endorsement of former KKK leader David Duke. 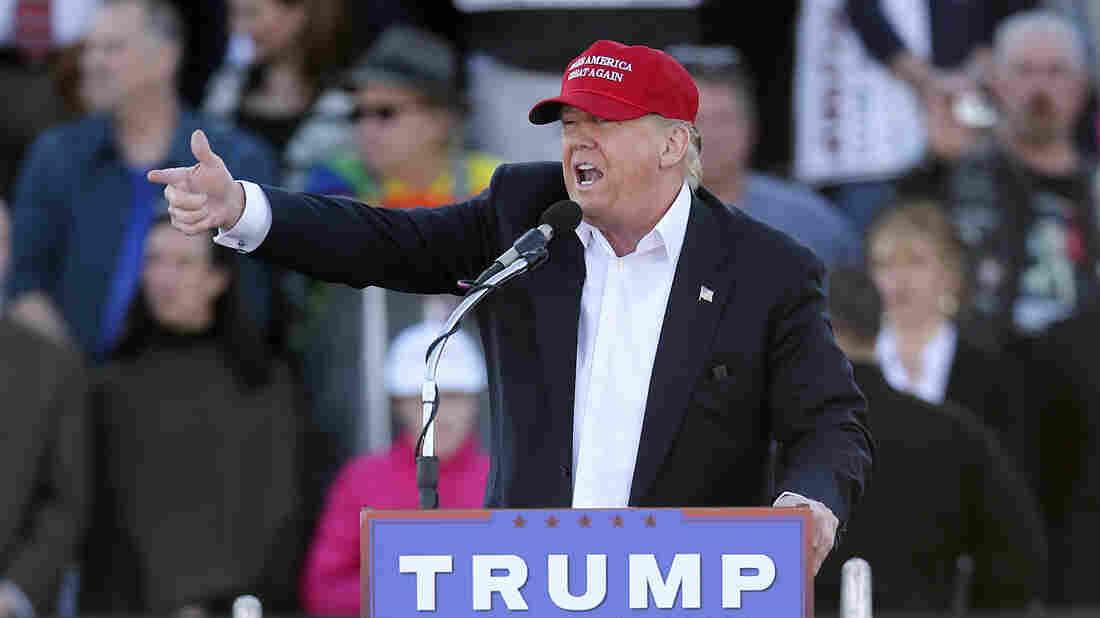 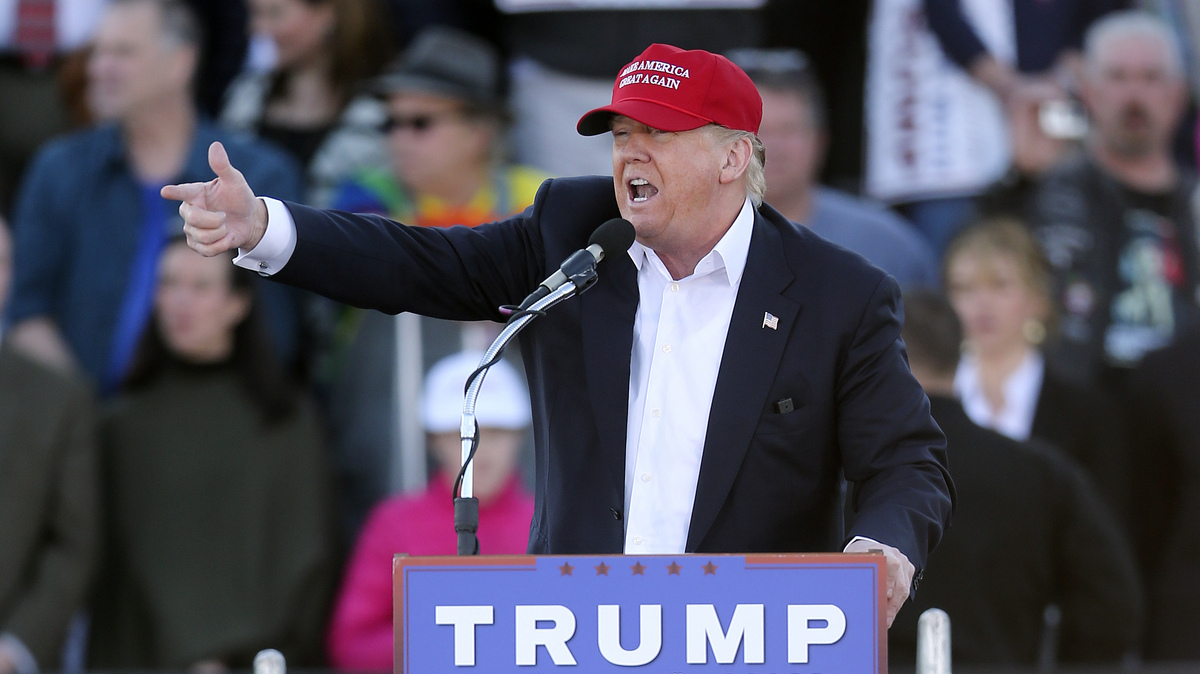 Republican presidential candidate Donald Trump at a campaign rally in Madison, Ala., on Sunday.

Politicians of all stripes have to sometimes contend with attracting supporters that don't quite fit the image they are trying to portray.

Donald Trump has received support in recent days from governors and a U.S. senator, but also a well-known white supremacist.

It was late last week when David Duke, a former Ku Klux Klan leader, urged his radio listeners to vote for Trump.

"Voting against Donald Trump at this point is really treason to your heritage," he said.

So Sunday, CNN's Jake Tapper asked the billionaire businessman if he would disavow that endorsement. Trump dodged.

"Honestly, I don't know David Duke. I don't believe I've ever met him. I'm pretty sure I didn't meet him, and I just don't know anything about him," Trump said, even though he was quoted calling Duke a Klansman 16 years ago.

Attacks poured in from Hillary Clinton and Bernie Sanders, as well as Ted Cruz and Marco Rubio. Rubio released a statement calling Trump "wrong" and "unelectable."

Trump didn't mention the controversy during a rally near Huntsville, Ala., Sunday night. He's on a campaign swing through states, including Alabama and several other Southern states voting on Super Tuesday, March 1.

Trump was introduced in front of thousands at a football stadium by Mark Burns, a black televangelist from South Carolina who defended the candidate and shot back at Rubio.

"You, Alabama, are gonna make sure come Tuesday you're gonna put Marco Rubio out of this race for good!" he said to loud cheers.

Trump was interrupted several times by protesters, including a Black Lives Matter group.

He responded, "We have to love everybody. All lives matter. Remember that."

Afterward, Bill Clingin, a retiree from Marshall County, Ala., said the media were berating Trump.

"Does he have to keep repeating it every time? I mean, if I say I believe in something, why do I have to continue?" Clingin said. "There's a point in time that's enough is enough. I said what I mean."

Trump had disavowed Duke before the CNN interview. After the interview, he tweeted a video of that statement, made at a press conference on Friday where he received the endorsement of New Jersey Gov. Chris Christie.

As I stated at the press conference on Friday regarding David Duke- I disavow. pic.twitter.com/OIXFKPUlz2

Trump told a reporter who asked about Duke, "I didn't even know he endorsed me. David Duke endorsed me? All right, OK. I disavow, OK?"

It was not the first time during this campaign that Trump has had to deal with support from white supremacists. In Iowa, voters received robocalls in support of Trump voiced by an avowed white nationalist, though Trump's campaign was not involved in those calls. Trump has gotten himself into trouble by retweeting calls of support from people who identify online with white supremacists.

At the rally in Alabama on Sunday, another Trump supporter, Paul Noel, a research scientist from Madison, Ala., said the whole thing was overblown.

"That is only intended by certain persons to split us apart as a nation rather than solve problems," Noel said. When asked if he was concerned by the fact that there were hardly any people of color at the Trump rally, he responded, "The problem is the black people in America."

Noel said he believes African-Americans are too quick to vote for Democrats.

"American blacks are unsophisticated in understanding that they need to make people earn their vote," he said. "We have had a batch of people who played like race was an issue. I don't see anybody here wanting to hurt a black person or cut their opportunities or anything."

To Noel, the crowds coming out to support Trump feel like their own opportunities are going away, and they're sick of politicians who allow it to happen.