Accessibility links
When Coal Companies Fail, Who Pays For The Cleanup? The U.S. coal industry is fading. As more companies declare bankruptcy, they may not be able to pay for land restoration projects — and taxpayers could be left with the cleanup bill. 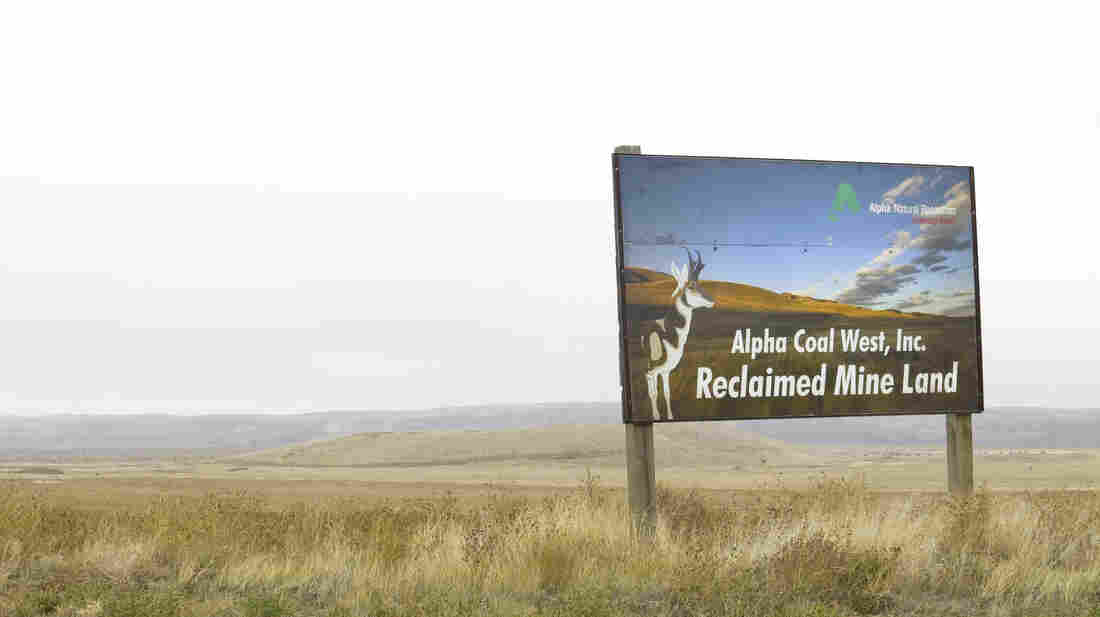 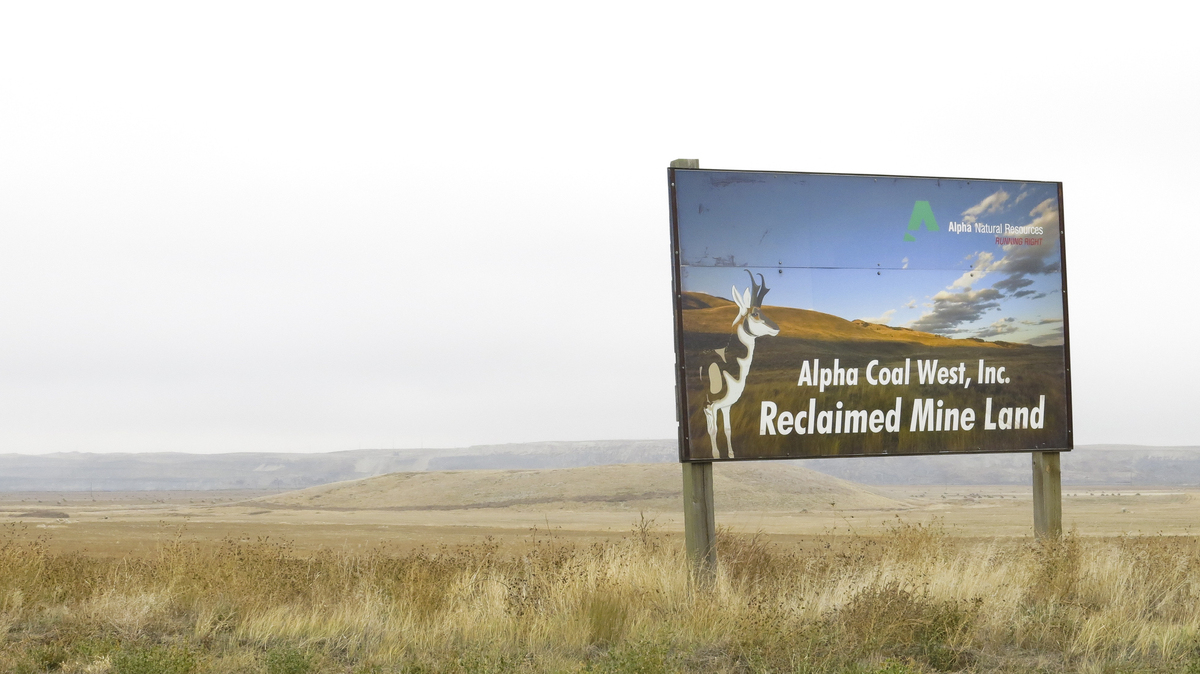 Reclaimed land that was once mined for coal in Wyoming's Powder River Basin. When coal companies declare bankruptcy, funding for land reclamation becomes a question 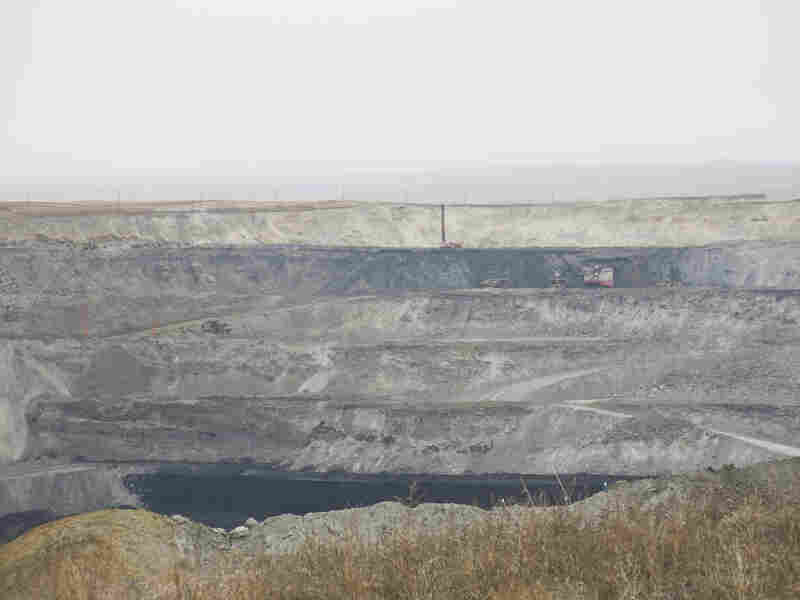 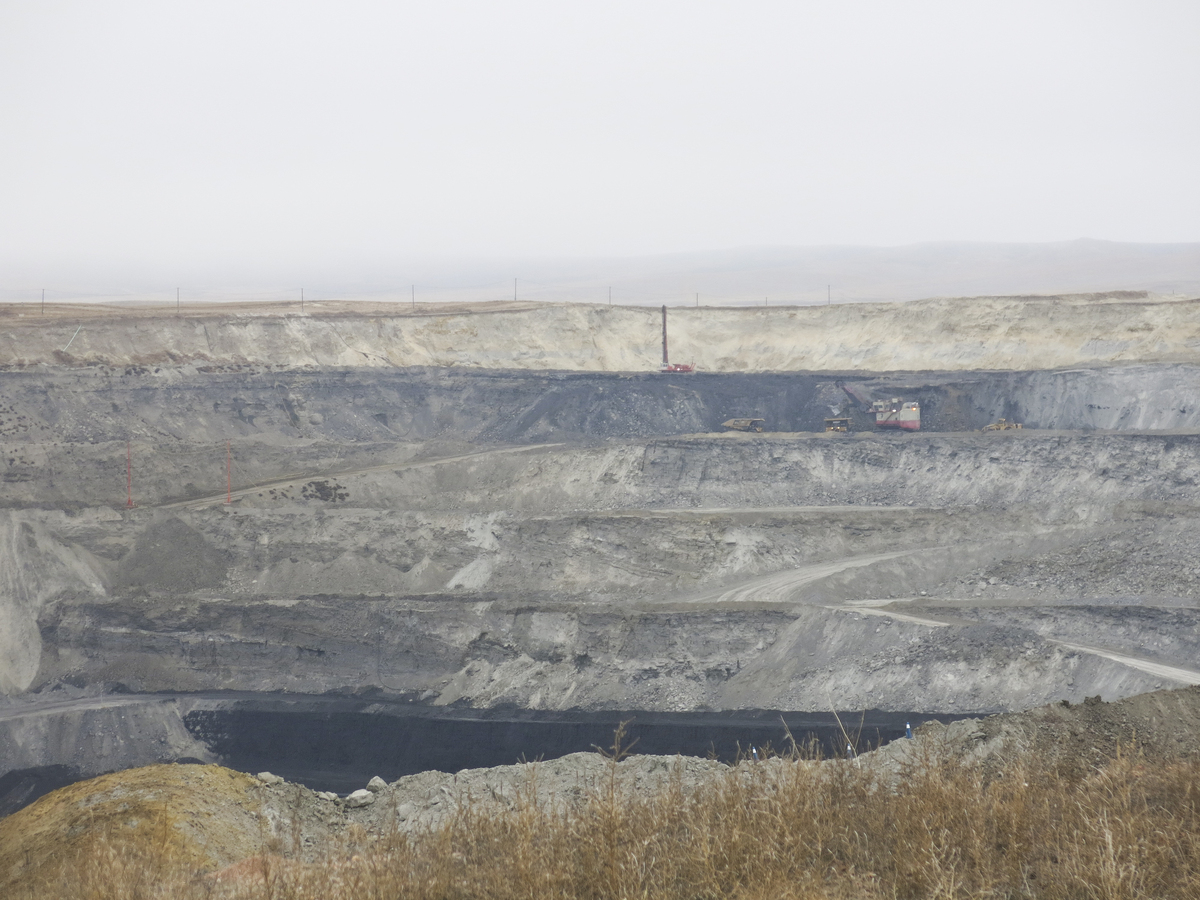 Although Alpha Natural Resources filed for Chapter 11 bankruptcy in August, operations at its Eagle Butte mine continue.

For decades massive, open-pit coal mines have been feeding the country's appetite for energy. Once coal companies are done with the land, they're supposed to restore it. But as America's coal industry declines, it may not have the funding to keep its cleanup promises.

Restoring a mine to its original state is an elaborate and expensive process, one that some say makes the land better than before. The coal companies, however, often don't have to set aside money for future cleanup processes thanks to a provision called "self-bonding" — an assurance for companies to pay for reclamation based only on their financial health.

Virginia-based Alpha Natural Resources, a coal company with mines in Appalachia and Wyoming, declared bankruptcy in August. Operations still continue at the company's Wyoming mines, and regulators estimate it would cost over $400 million to clean up those sites once mining is complete. But Alpha was approved to ensure its cleanup costs with self-bonds.

"A self-bond isn't much more than a wink and a promise," says Clark Williams-Derry, director of energy finance at Sightline Institute, a Seattle-based think tank that focuses on sustainability. "A promise that ... when the time comes, you'll be good for it."

But some of these companies may no longer be good for it. Federal regulations require that a company pass a test of financial strength to qualify for self-bonding, although some companies have been approved despite their questionable financial status.

In September, a second major company, Arch Coal, was reapproved to self-bond and filed for bankruptcy four months later.

From The Ashes Of Some Coal Plants, New Energy Rises

These questions extend far beyond the Powder River Basin. Three-quarters of Wyoming's cleanup costs are self-bonded. In Colorado, North Dakota, Indiana and Texas — in each state — it's more than half.

Greg Conrad, executive director of the Interstate Mining Compact Commission, says he doesn't sense that there is a huge crisis yet.

"I think we're still trying to get a handle on that," he says. "What I will say is that it doesn't appear that the sky is falling."

Conrad says regulators might hesitate to make coal companies put real money aside for fear that the additional expense could put them out of business, thus bringing mining and ongoing reclamation to a halt. In some states, coal is crucial for revenue, funneling in money for school construction, jobs and a way of life. Conrad said for all those reasons, regulators are wary to "push that button."

It's a complex issue full of lawyers, Chapter 11 filings, and corporate press releases. But on the ground, in coal communities, reclamation matters.

Dave Edwards and his son Kean are ranchers near Gillette, Wyo., who lease reclaimed land from a coal company to graze their cattle. They live right across the road from a coal mine and have watched it grow from the day it was built.

Dave Edwards also works on reclamation himself. The reclaimed land blends in with the rest of the prairie but is slightly flatter and more manicured, resembling a golf course. The Edwardses expect the reclamation will continue. Someday, Dave Edwards says, the ground will be grazed by livestock and wildlife.

"Mule deer, rabbits, sage grouse. Bald eagles will be roaming and hunting these areas. Hopefully my grandkids are watching all of it," he says.

But for the moment, predicting the future for coal cleanup is nearly impossible. Wyoming has over $2 billion in reclamation costs backed by self-bonds, and right now, the coal industry is showing no sign of a comeback.