Accessibility links
Refugees Say N.Y. School District Blocked Them From Going To High School Utica City School District is facing two federal lawsuits that say it is illegally diverting refugees away from its high school, instead funneling them to other programs, mainly to learn English. 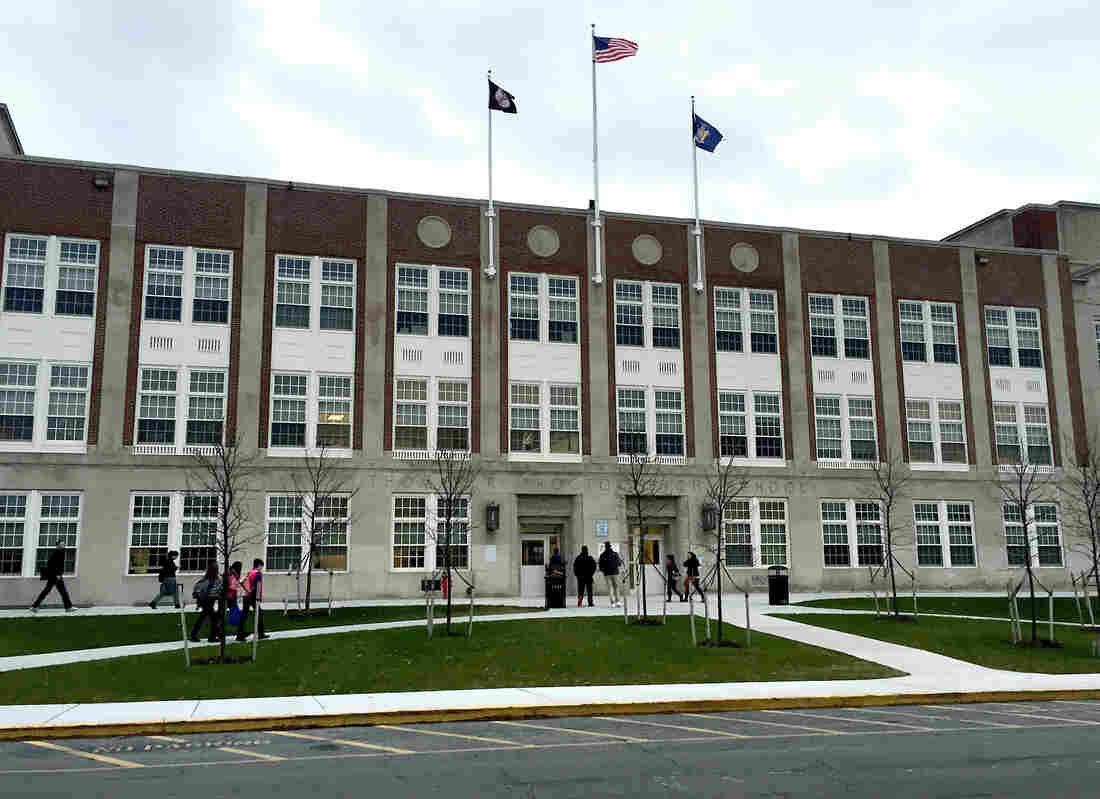 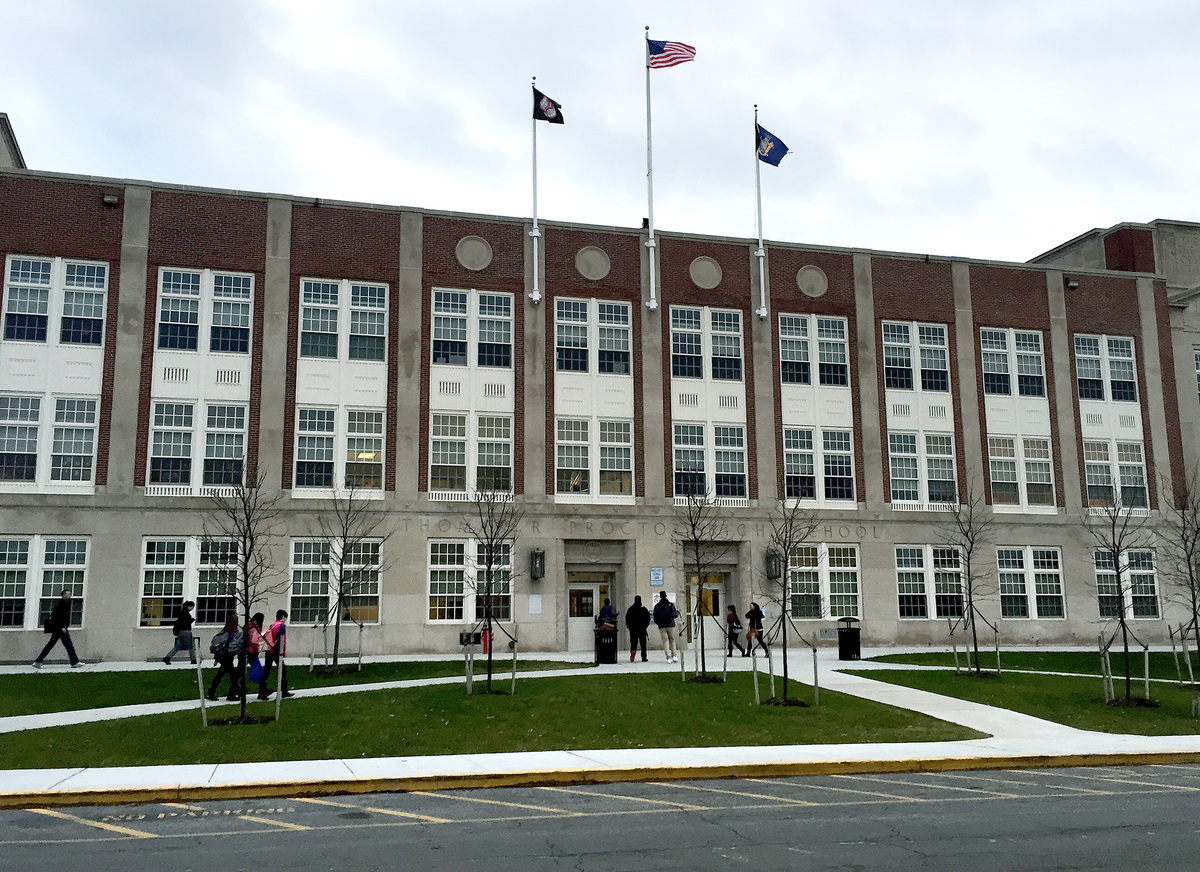 Whether or not you're a citizen in New York state, you have a right to attend a public high school and earn a diploma until you're 21. That was Pawsansoe Bree's plan after she left a refugee camp in Thailand when she was almost 19.

She resettled about four hours north of New York City — in the small, Rust Belt city of Utica, N.Y., which the United Nations High Commissioner for Refugees once called "The Town That Loves Refugees."

Bree says she knew she had a lot of work to do when she arrived.

"I did not speak any English at all. I could barely say my name in English," says Bree, whose family fled Myanmar, also known as Burma, as refugees from the ethnic Karen community.

In Utica, Bree went to a newcomers program, where a teacher from the local school district taught English to young refugees like her. Eventually, the students asked to move on to Thomas R. Proctor High School, Utica's only high school.

That conversation took place about eight years ago. Bree says since then, other district employees have given similar explanations to refugees who speak little or no English and want to go to high school. That's why she helped organize a group of students to sue the Utica City School District in federal court. Their class-action lawsuit, filed last April, says that for almost a decade, the district has discriminated against refugee students over 16, who are not required to go to school under New York state law.

"It was an open secret that refugees just knew within the community that once you were at a certain age and you're arriving in the country, you're just not going to get a chance to go to high school," says Phil Desgranges, an attorney with the New York Civil Liberties Union, which is representing the students along with Legal Services of Central New York.

Desgranges says the district funneled his clients to alternative programs, mainly to learn English. While some students could attend GED classes, he claims none were given the choice to earn high school diplomas.

NPR asked for an interview with the district's superintendent, Bruce Karam. His office directed requests to the district's attorney, who did not respond to multiple requests before publication.

But in a sworn statement filed in federal court, Karam says that the district has not "denied enrollment to any eligible students based upon their age." He is also asking a judge to dismiss a second, similar lawsuit filed by the New York state attorney general in November. 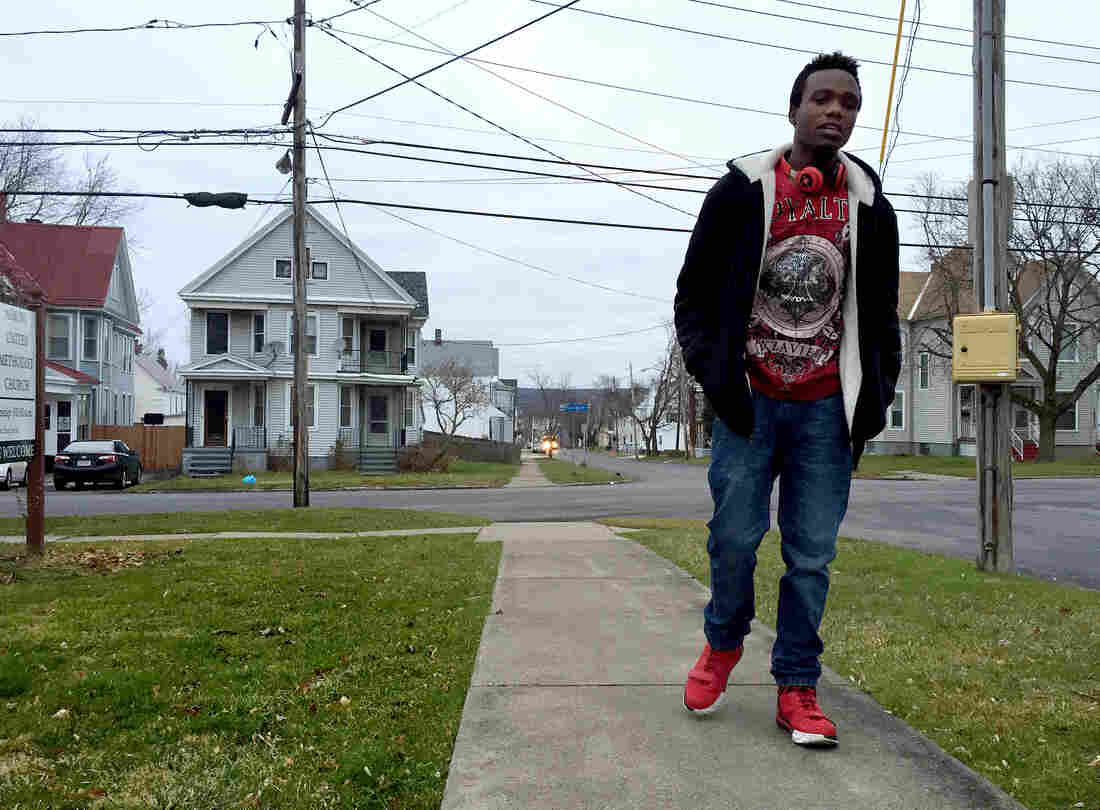 Patrick Tuyizere, 19, sued the Utica City School District in New York after he says the district would not let him attend the local high school. Hansi Lo Wang/NPR hide caption 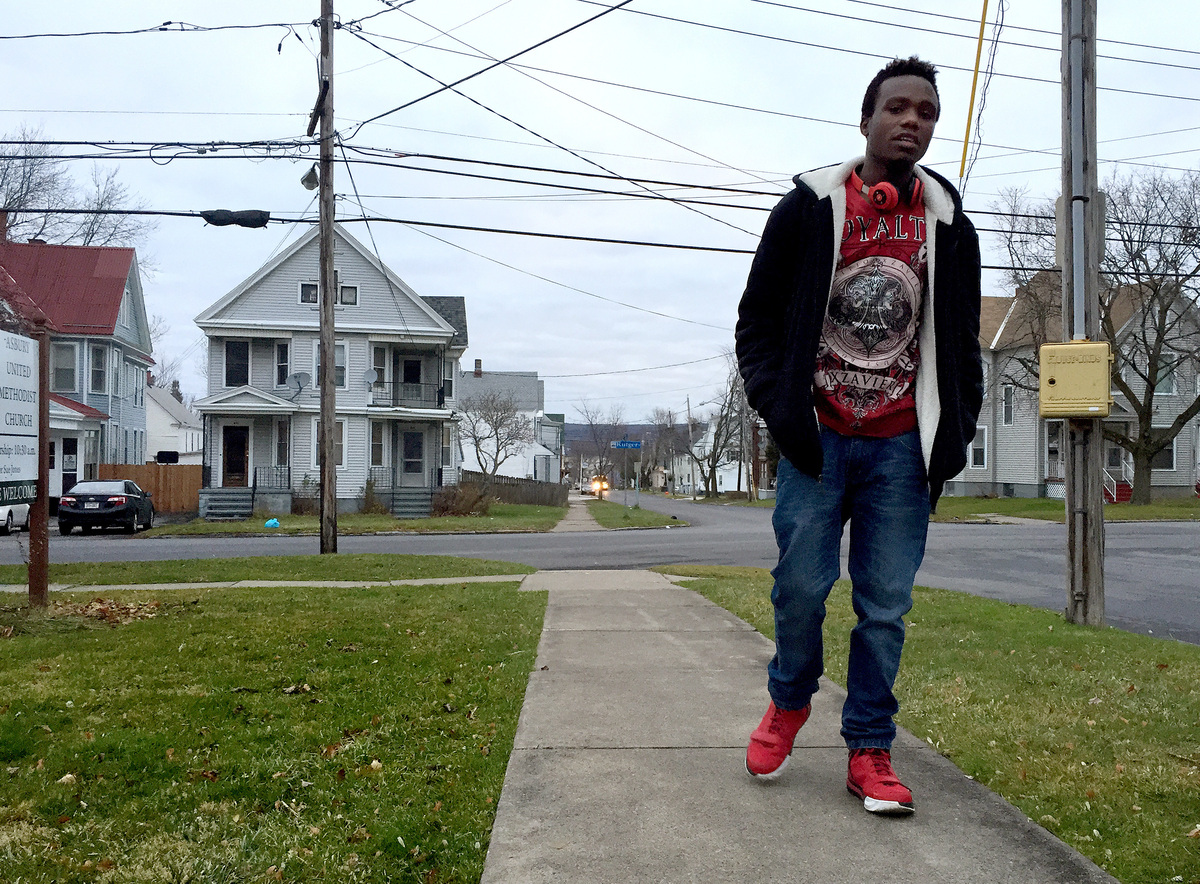 Patrick Tuyizere, 19, sued the Utica City School District in New York after he says the district would not let him attend the local high school.

"We want to be able to provide the sound basic education, which is guaranteed under the state constitution to all students, including our refugee population," Karam recently told Utica radio station WIBX. "But in order to do this, the funding formula has got to be fixed, and Utica needs to get its fair share."

Utica is one of New York's poorest school districts. It has faced hundreds of layoffs and regular budget deficits. In fact, it's involved in a separate lawsuit that says public schools in Utica and other small cities in New York have suffered from underfunding by the state.

'The Children Have A Right To Study'

"The settlements that our office has reached have spanned northern, western New York, southern New York," he says. "We see these problems cropping up all over New York state, not simply in Utica."

More than 20 school districts have settled with New York's attorney general's office, which announced its latest agreement on Monday after an investigation found that the Westbury Union Free School District on Long Island was excluding immigrants over 16 from high school.

Deabler says Utica is the first school district the state has taken to court on this issue.

It's also the first district Patrick Tuyizere, 19, has ever sued. He's one of the refugee students who filed the class-action lawsuit claiming the district prevented them from going to high school.

But now Tuyizere leaves his family's apartment most mornings with a backpack strapped on. After he filed the lawsuit, the district contacted him about enrolling at Proctor High School, which he and four other refugee students in the suit recently started attending.

"We have a right to be in class to study. The children have a right to study," says Tuyizere, who was born in a refugee camp in Rwanda after his family fled from violence in the Democratic Republic of Congo.

Both cases against the Utica City School District are still ongoing. Tuyizere's attorneys say they want to make sure other refugees can go to high school — even if they don't have lawyers backing them up.