Accessibility links
Our 'Golden Mole' Winner Used To Paint Wasps For A Living NPR's Skunk Bear blog received 300 nominations for our Golden Mole Award for Accidental Brilliance. We have a winner: Elizabeth Tibbetts found her luck, and scientific insight, in tiny insect faces.

You sent us hundreds of stories of mistakes, coincidences and surprises that recently led to new discoveries. Last week we shared the top nominees, and we now have a winner: Elizabeth Tibbetts, a biologist at the University of Michigan.

In graduate school, Tibbetts spent hours watching footage of wasp colonies, trying to understand how the insects cooperate. To be able to tell the wasps apart, she would paint each one with a color-coded dot.

"You use model airplane paint," Tibbetts tells us. "That's the gold-standard wasp paint." 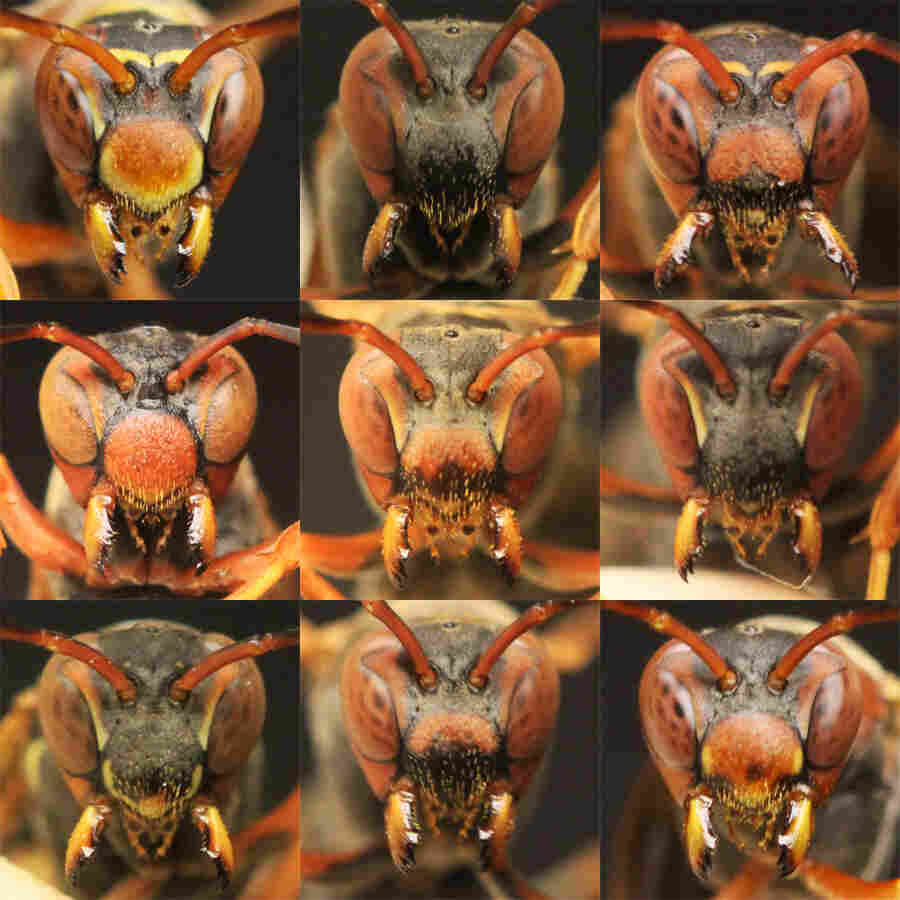 While watching a video one day, Tibbetts realized she had forgotten to paint a few of the wasps. She was annoyed — a wasted recording, with no good data. But then she noticed something.

"I could still tell them apart, just by their natural patterns," she says.

Looking closely, she realized that each wasp has a unique face. There are wasp "eyebrows" of different sizes, and a variety of colors, spots and stripes.

That made Tibbetts wonder: If she could distinguish between individual wasps, could they tell each other apart? Established wisdom held that social insects don't care who's who — they're interchangeable.

"Maybe if I had more experience, I wouldn't have pursued it," Tibbetts says, "because maybe I would have thought it was implausible."

Luckily, Tibbetts was not burdened by experience. And her experiments have shown that wasps can recognize each other. They are capable of personal relationships.

That was a dozen years ago. Since then, Tibbetts has learned much more about the complexities of wasp social life. And she made another discovery. Wasps' tiny, tiny brains are actually wired to recognize faces, just as human brains are.

Tibbetts turned a chance observation into a career, and she is the winner of the 2016 Golden Mole Award For Accidental Brilliance.

But it was a close call. We received so many great stories. You can read about 12 of our favorites here.