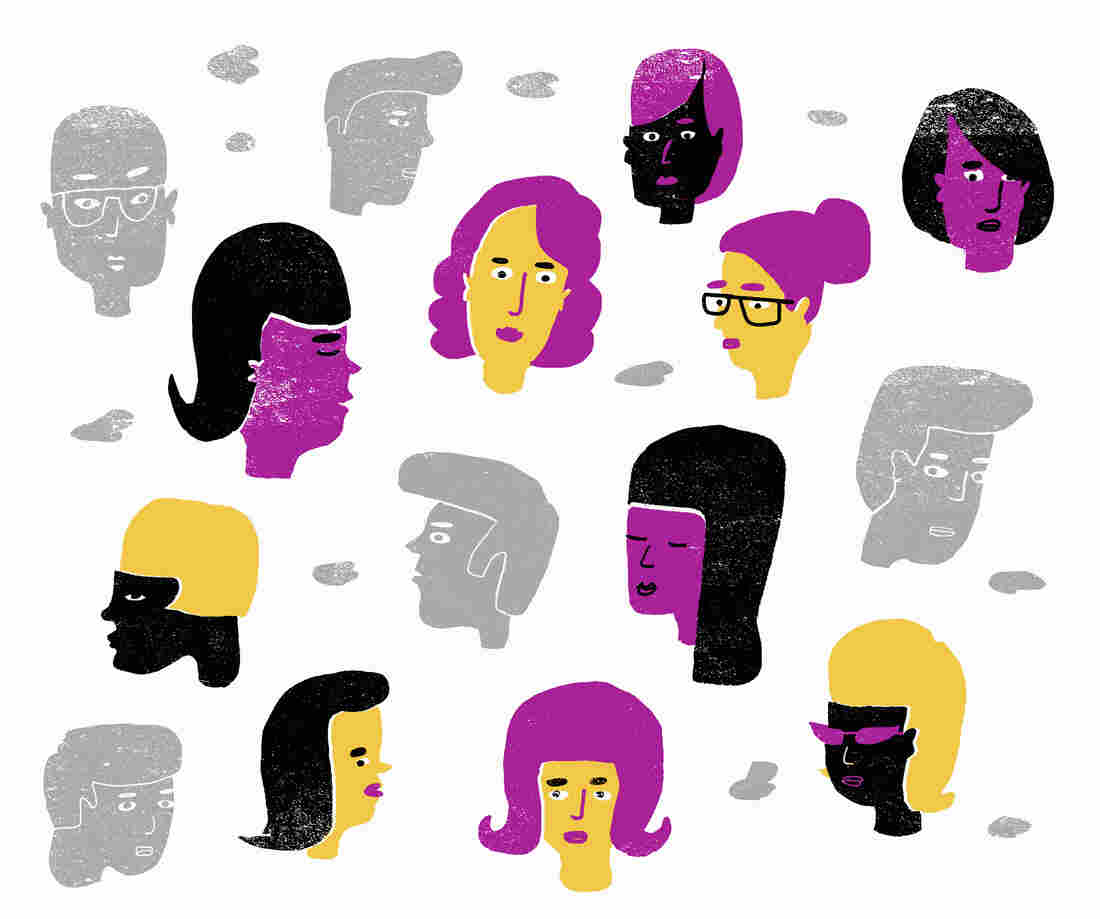 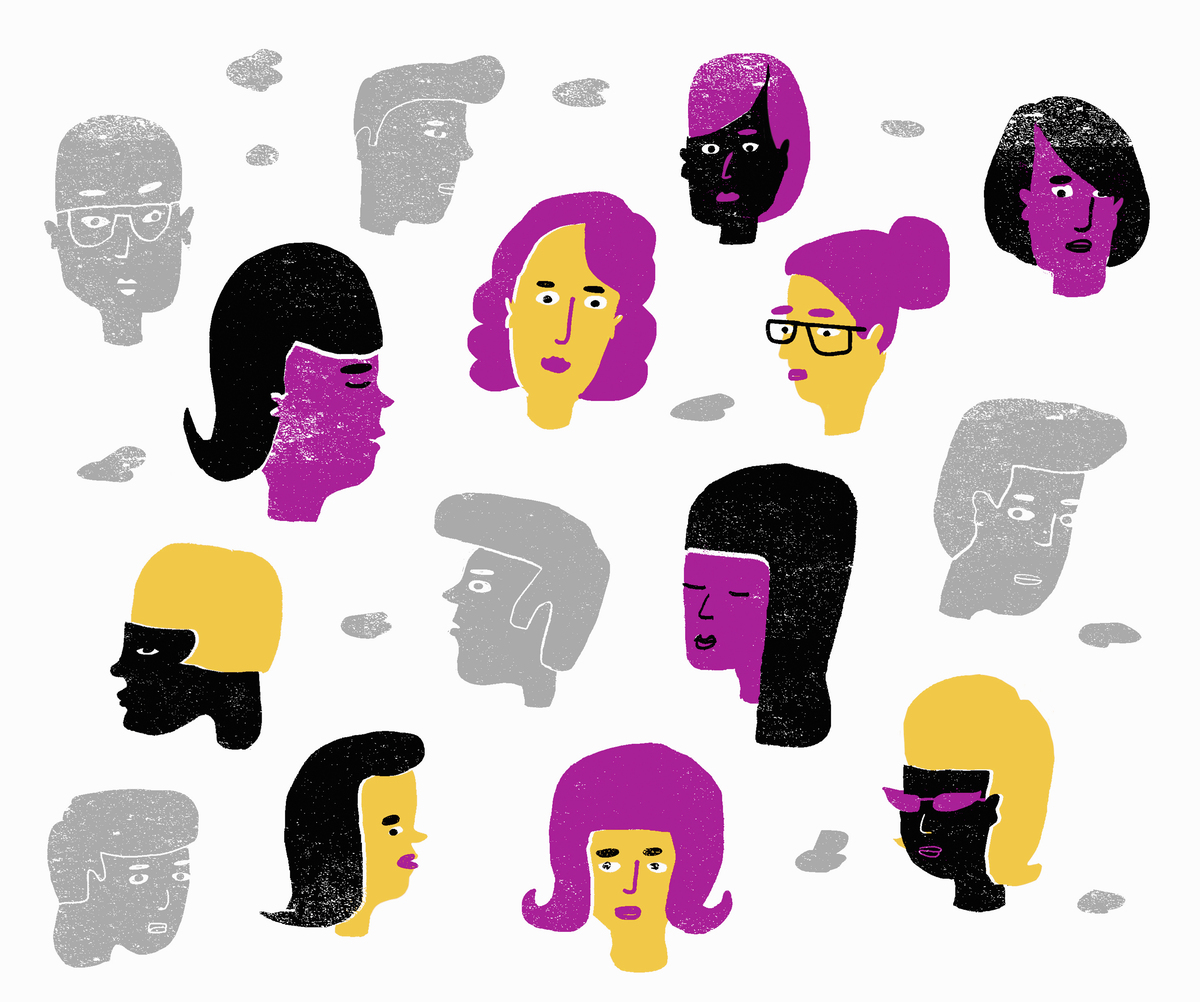 Rebecca Traister says the declining marriage rates among adult women are less about the institution of marriage and more about the choices available to women today.

"The choice not to marry isn't necessarily a conscious rejection of marriage," Traister tells Fresh Air's Terry Gross. "It is [about] the ability to live singly if an appealing marriage option doesn't come along."

In her new book, All the Single Ladies, Traister draws on historical research, interviews with about 100 women and her own experience to examine how delaying or abstaining from marriage affects women's lives. She notes that the shift allows women to build up "our economic and professional bases," which can result in greater autonomy and a more equitable distribution of domestic work in marriage.

But women still have a ways to go before they achieve full parity with men. "There are a whole bunch of structural and systemic factors we need to address in order to move away from the model in which women really are still dependent on men," Traister says. "Women are living independently, but we don't yet have the social and economic policies behind us to support that independence." 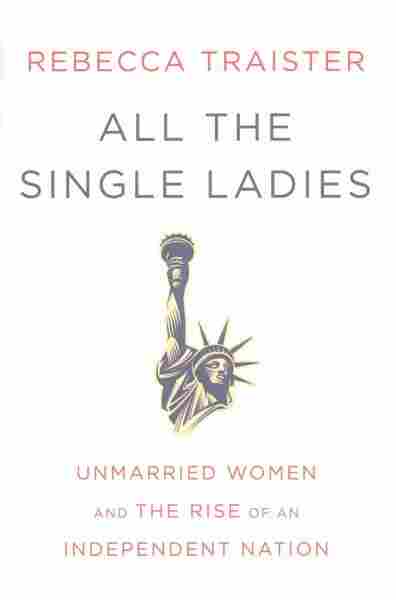 All the Single Ladies

Unmarried Women and the Rise of an Independent Nation

On what she means by "single by choice"

When I say "the choice to not marry," that doesn't always translate into "I am a woman and I am deciding that I am not going to get married," or "I am rejecting marriage." The choice to not marry can also mean: "I would really like to marry or to fall in love or to meet someone, but I haven't met someone who I feel is going to improve on the life that I am building and making on my own."

For so long, for so many generations and so many centuries in this country and in many places across the world ... women had less freedom and less economic opportunity [and] were not sexually liberated. ... There were great social and economic tolls for having children outside of wedlock. Women were dependent on their husbands, and that's one of the reasons why marriage had to happen so early, and so frequently did happen early, because women couldn't be economically independent and they had to rely on having husbands who were earners.

Now, thanks to a lot of the political battles that were waged in the mid-20th century ... women have much more opportunity to earn on their own. Though we're still not close to equal pay, women can be economically independent. Thanks to the sexual liberation, thanks to developments within birth control, thanks to an expansion of reproductive rights, women can have sexually liberated lives. Increasingly, having children outside of marriage is a socially accepted norm.

On women getting married later

One of the most startling statistics is that today only 20 percent of Americans aged 18 to 29 are married, and that compares to 60 percent in 1960. The other figure that I find very startling, in part because it was so resilient for so long, is the median age of first marriage for women. From the time they started recording it — which was 1890 — until 1980, that median age of first marriage for women fluctuated only between 20 and 22. ... In 1990 it jumped to over 23, which is a huge jump from having been in that small range for so long. Today, for women, it is over 27. So if you're just looking at the sort of historical picture, there's this relatively flat line for almost 100 years and now there's not just a jump over that line, but way over that line.

On how later marriages affect the division of domestic work

What happens is that men and women wind up living more independently in the world for more years, and both of them wind up accruing skills. ... It's much more likely that the woman knows how to use a drill and do the laundry and that the man she may be meeting and partnering with also knows how to do his laundry and feed himself and use a drill, and that they both are earners and they both have careers. I think that goes a considerable distance toward leveling the playing field when it comes to domestic labor, though it certainly hasn't fixed things, as time-use surveys show us. Women are still doing the lion's share of the domestic work, but it is changing slowly.

On how her experience of getting married differed from her mother's 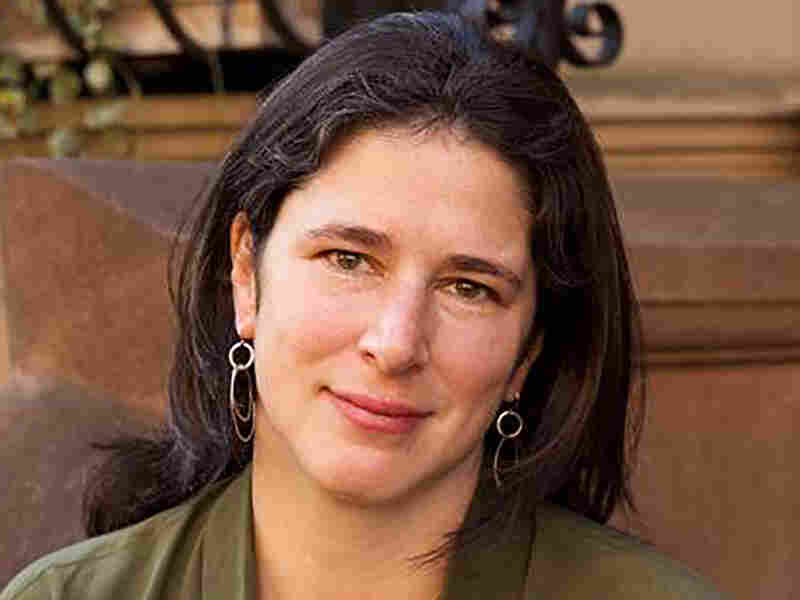 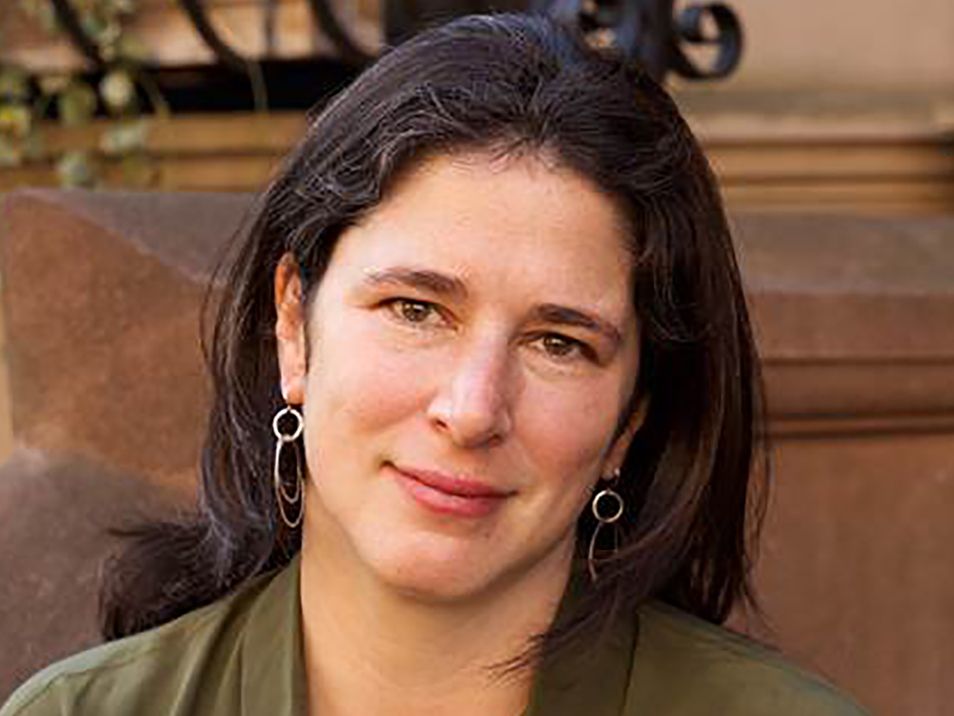 I was 35 years old. I had just published or was about to publish my first book, which was about women in the 2008 election. I had a career that I was extremely committed to, that was at its most robust point at that time. I had just given up the apartment that I had rented and where I had lived by myself for five blissful years of living by myself in a relatively small studio apartment; and I was so keenly aware of how different this transition in my life — from being a single person to a married person — was for me than, I believe, it had been for my mother.

My mother also had a thriving career. She got a Ph.D. and was an English professor and was one of the first four women hired by her English department. But she had been married to my father at 21, days after she graduated from college. Marriage had marked the beginning of her adult life, and she had done all of the professional development, the making of friends, the building of the social circles, within the institution of marriage, while married to my father. They're still married; they've had a very happy marriage. But marriage was something I was doing well into my adult life. It felt that it meant something different to me.

On how Susan B. Anthony predicted the future in 1877

Here I was making what I thought was this very original argument that ... normalizing adult women's independence from the marital institution ... was one of the ways in which women were getting closer to social and economic and sexual equality. ... And one of the great humbling experiences in my research was, first of all, discovering that there were lots of women in the 19th century who were making this exact argument in the popular press.

For Single Women, An 'Infinite Variety Of Paths'

I came across this speech by Susan B. Anthony. It's called "The Homes of Single Women," and in it she predicted that on the path to gender equality, there must needs be an era in which women cease to marry. ... It was like reading someone from 150 years ago truly predicting the very work that I was in the midst of at this moment. She says, "As young women become educated in the industries of the world, thereby learning the sweetness of independent bread, it will be more and more impossible for them to accept the ... marriage limitation that 'husband and wife are one, and that one the husband.' "

And what she goes on to argue is that even if we change the laws, even if we change our social policies, even if we find all of these other official ways to acknowledge women's equality — which is something that we have now done by many measures — after both the suffrage movement's success and the second wave's successes, we will still have to adjust our personal biases and expectations, and that the way to do that will be to live through what she calls an epoch in which women and men cease to marry each other and thereby adjust to each other and begin to view each other as true equal independents.

On how Hillary Clinton's marriage defines her as a candidate

She really is a bridge. Her life really is a bridge between a kind of earlier set of marriage patterns and gendered expectations, and the new world. ... Bill [Clinton] now says, "I told her not to marry me. She should pursue her own career."

But she didn't. She went to Arkansas with him ... [and] she really did put her ambitions second to her husband, and she functioned as a loyal wife. In fact, even in that role she still managed to be a threatening lightning rod when she came into the national eye in the early '90s. ... There was enormous pressure on her to be supportive and to support him and to show that she was submissive to some degree — to a degree that would make the American people more comfortable with her.

She played that role, and she's paying for it right now. ... [Now] she is being asked to answer for her husband's sexual behavior, also for the policies he and his administration enacted during the years before she herself held her own independent elected office, when she became the senator from New York after he left the White House. And it is a very interesting contrast. She is really paying for her role as traditional, faithful and supportive wife in a world that far better understands female independence than the world in which she came of age.