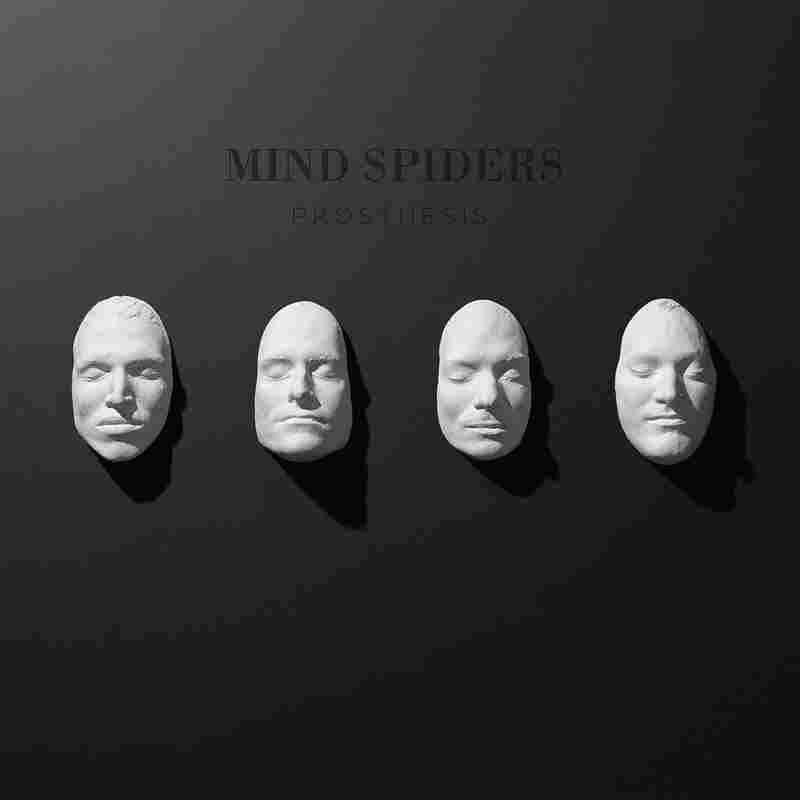 As one of the two guitarists and principal songwriters in the Denton, Texas, bands The Marked Men and Radioactivity, Mark Ryan indulges his gifts for heart-on-the-sleeve melodic punk and power-pop, respectively. But his band Mind Spiders seems to act as the warehouse in which Ryan stores his other obsessions: vaguely sci-fi-influenced, tightly wound, good-time rock 'n' roll, set off by dual drummers and the occasional synth. Mind Spiders' three albums prior to Prosthesis did little to deviate from this path, but technology has caught up with Ryan and his cohorts: Daniel Fried, Gregory Rutherford and Marked Men bandmate Mike Throneberry.

Prosthesis is Mind Spiders' darkest release yet, both in themes and atmosphere, and electronics feature more prominently in its eight songs than ever before. "Cold," "Ulcer" and "No Filter" hit a particularly doomed note, but the synths and drum machine provide a presence rather than drive the proceedings; if anything, Mind Spiders uses them as pace-setting devices for the guitars and live drummer to outrun, in sprints of strident downpicking and on-the-beat hi-hat/snare work. Even "Split In Two" — in which the digital tones create jarring tone clashes that bear a resemblance to Devo — also reflects the group's insistence on precision, a foil for the band to continue attacking the beat.

As for its dystopian concept, that's for Mind Spiders to explain, but it's telling that the group's most engaged record to date is also its most brooding. Prosthesis provides a modern soundtrack to the world inspired by the film Logan's Run, with Ryan and his bandmates seeking an escape and ultimately getting someplace worth going.