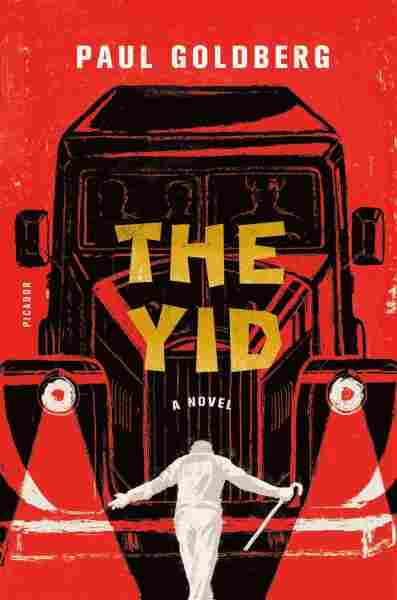 "Had there been a Yiddish-speaking audience present, it would have surely rolled with laughter," Goldberg writes. As the three arrive at his house, Levinson performs as if in a vaudeville skit, first baffling his antagonists, then killing all three in a "pirouette with smallswords," a stunt he perfected as an actor in 1937.

Goldberg, who came to the U.S. in 1973 at 14, builds upon historic fact. He includes details of the rumors of Stalin's genocidal solution to "Russia's Jewish Question" gleaned from interviews with family and friends who were witnesses to the anti-Semitism and violence of the era. He adds scenes and characters inspired by Yiddish theater, merging "comedy, tragedy, absurdity, fantasy, reality," and ties the whole thing together with an inventive through-line, a fictional madcap plot to assassinate Stalin before March 5, 1953, when, it was speculated, the Soviet leader planned to launch a pogrom against 2 million Soviet Jews.

Levinson, the "old Yid," escapes before dawn in the Black Maria, now loaded with the corpses of the team sent to arrest him. Embarking on his plot, he enlists as a driver his friend Friederich Lewis, a Yiddish-speaking African-American who had come to the USSR 22 years before (Marxism was his "escape route from the construct of race"). The two also pick up Kima Petrova, a young woman bent on vengeance, and Aleksandr Kogan, a former surgeon, who answers Levinson's knock at 4:39 a.m., expecting to be hauled away by state security. Although he's a fictional character, Kogan resembles the six Jewish doctors who were among those jailed and tortured in January 1953, accused of poisoning Kremlin officials.

Other settings and characters in Goldberg's blend of history and fantasy are also inspired by real people and places, including the great Yiddish actor Solomon Mikhoels, who was murdered by Stalin's secret police. Goldberg gives us scenes of Stalin, drinking into the night, musing among specters and visions, plotting "a Kristallnacht times ten, or times a hundred!" He has Levinson and his "band of partisans" drive to Kogan's dacha in Malakhovka, once a summer colony for Moscow's Jewish illuminati. This era of Soviet history lends itself to Goldberg's theatrical approach. Even Stalin had a dramatic bent, overseeing every detail of his infamous show trials.

As the little group hurtles toward Stalin's death, Levinson and his "ensemble of actors" improvising the last act in their deadly serious plot, Goldberg orchestrates a resounding finale to complete his dazzling tragicomic debut -- all of it enhanced by the book's echoing refrain: "Has it begun?"