Accessibility links
Yosemite Contractor Leaves — And Takes The Landmark's Names With It Some of the most iconic names in Yosemite National Park have been taken down. It's the result of a trademark dispute between the park and its outgoing concessionaire. 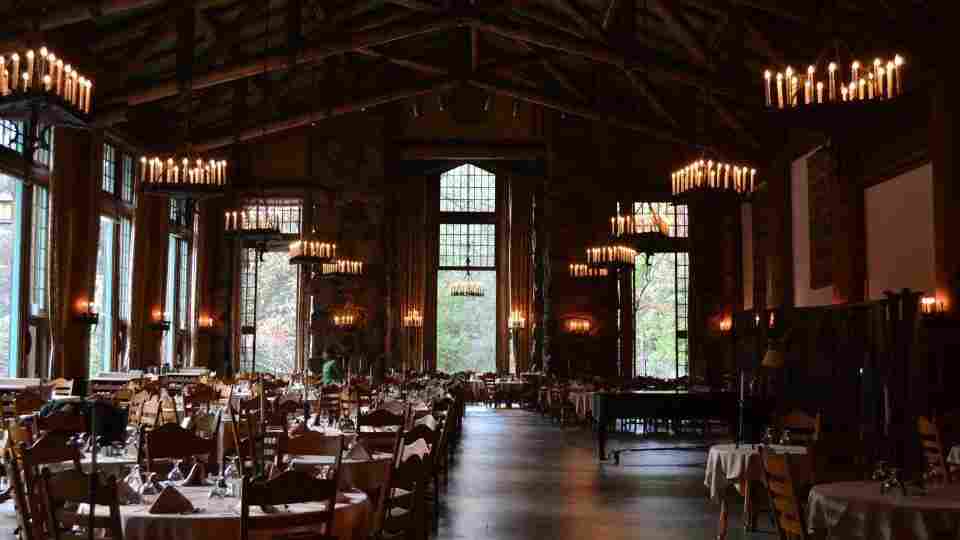 The historic Ahwahnee Hotel in Yosemite Valley is now being called the Majestic Yosemite Hotel as a result of a trademark dispute. Kirk Siegler/NPR hide caption 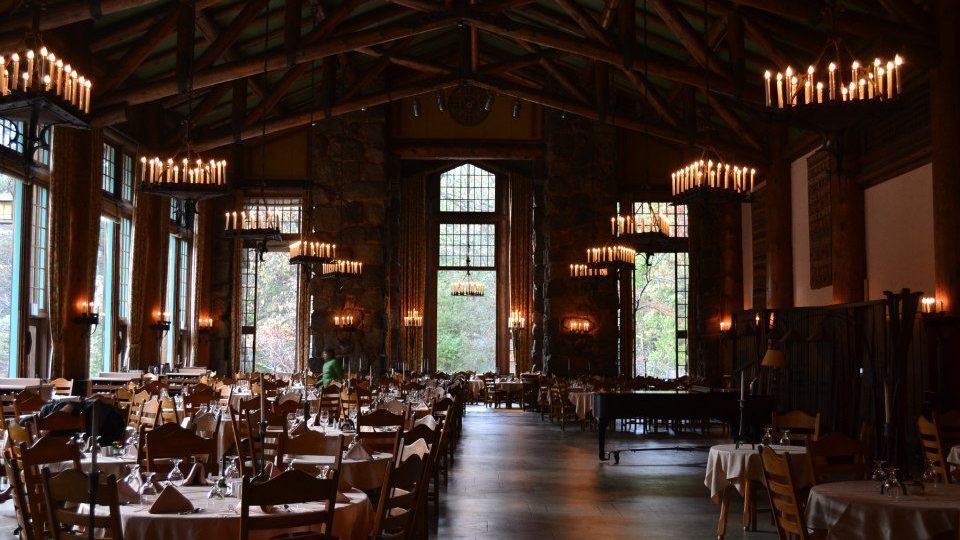 The historic Ahwahnee Hotel in Yosemite Valley is now being called the Majestic Yosemite Hotel as a result of a trademark dispute.

Visitors to Yosemite National Park could be forgiven for not recognizing those hostelries' names.

They used to be called — and were famously known as — the Ahwahnee and Wawona hotels.

"It's just really surreal," said Monica Hubert, a former manager of the Wawona. "I mean, it's a National Historic Landmark."

The hotels and other Yosemite landmarks have been renamed because of a contract dispute.

The outgoing concessionaire, Delaware North, lost its bid for a new contract to manage the properties to Yosemite Hospitality, LLC, a subsidiary of Aramark. Delaware North sued, saying the bidding process was unfair.

As the case progressed, it came out that Delaware North had trademarked many of the names of properties it managed.

"When we used the Ahwahnee Hotel in marketing, we always put a little 'R' by it," said Dan Jensen, who managed Yosemite properties for Delaware North. "The existence of the fact that these names are protected and trademarked is just not a surprise to anybody. It wasn't sneaky."

This week Yosemite Hospitality took over and all the signage is being changed. The dispute has created a huge uproar.

The National Park Service maintains the name changes are temporary. Meanwhile, it's asking the U.S. Patent and Trademark Office to nullify the trademarks.

"I mean those names are all oriented towards the [Native American] tribes that were in Yosemite," she said. "There's reasons why they're actually named those things."