Accessibility links
Movie Review: WHISKEY TANGO FOXTROT Tina Fey stars as a war reporter in a film that struggles to attain a complicated tonal balance between comedy and commentary that it can't quite manage. 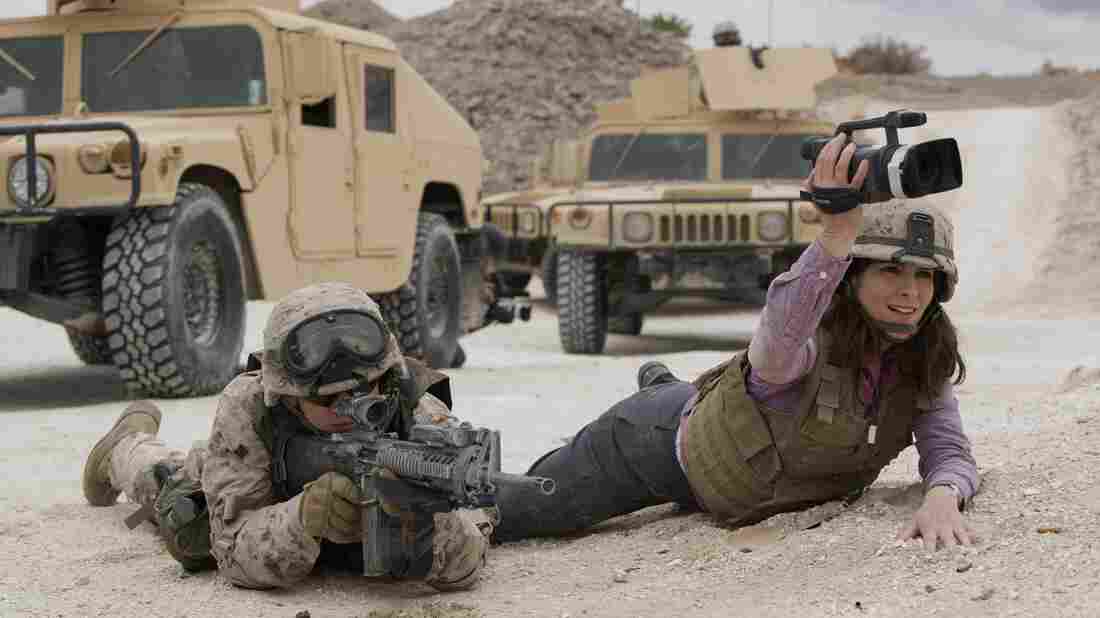 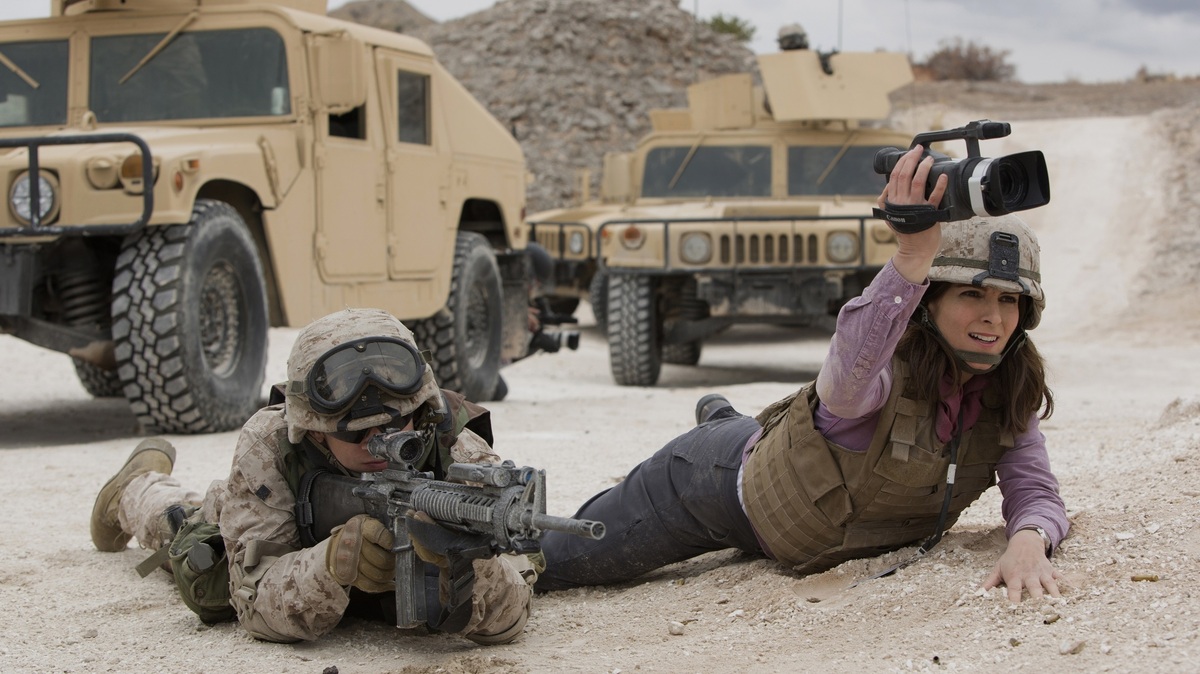 Based on The Taliban Shuffle, a 2011 memoir by Chicago Tribune reporter Kim Barker, Whiskey Tango Foxtrot opens many fronts on the war in Afghanistan: It's a fish-out-of-water comedy, with 30 Rock's Tina Fey fumbling through a different brand of chaos; a satirical riff on the absurdities of America's military presence in the Middle East; a feminist statement on the marginalization of women in journalism and fundamentalist pockets of Afghanistan; a love story in the heightened arena of Kabul (called "the Kabubble"); and a scathing critique of American commitment to an increasingly forgotten war. Being all these things at once isn't impossible, but the degree of difficulty on this particular high dive would be enough to make Greg Louganis tremble on the platform.

Written by Robert Carlock, Fey's partner on 30 Rock and Unbreakable Kimmy Schmidt, and directed by Glenn Ficarra and John Requa (Focus, Crazy Stupid Love), the film does everything just well enough to make you wish it were better. Maybe a rewrite or two, a few dropped subplots, a couple of different casting choices, a little more comedy, some bolder direction — any number of combinations might have given Whiskey Tango Foxtrot that elusive tonal balance it's trying so earnestly to strike. The laughs are scattered, the emotions are muted, and the politics are largely toothless. Yet it still doesn't take much squinting to see the M*A*S*H that might have been.

With name ever-so-slightly changed to forgive some tweaks to Barker's story, Fey stars as Kim Baker, a network news desk jockey who seizes the opportunity to report from Afghanistan in 2004 but comes to the field with little experience. Her naivete lands her in immediate trouble — if she knew the language, she would have understood a woman screaming, "Cover yourself, you shameless whore," for not covering her head — but Fahim (Christopher Abbott), her interpreter and fixer, patiently steers her in the right direction. She gets help, too, from Col. Hollanek (a terrific Billy Bob Thornton), a cantankerous Marine who protects her as an embedded reporter and offers up a colorful array of unprintable quotes.

What was originally supposed to be a three-month stint turns into something closer to three years, and as Kim establishes solid contacts on the ground, including a highly placed Afghan official (Alfred Molina), the downtime ensnares her in the rowdy, frat-house culture of other press embeds. She gravitates toward the glamorous and aggressive reporter Tanya Vanderpoel (Margot Robbie), one of her few female colleagues, and soaks in the party atmosphere of hookahs and hookups, leading to a relationship with Iain (Martin Freeman), a roguish photographer from Scotland. But as the years drag on and the American public loses interest, her scoops get ignored and her presence in Afghanistan becomes red ink on the ledger.

Any one of these angles is compelling in isolation: The surreal disconnect between journalists' quarters and the streets of Kabul suggests a cultural gap that reporters can never bridge, despite their best efforts. The relationship between Kim and Tanya, when considered alongside their reporting in Kabul and the much more restrictive Kandahar, reveals a broad spectrum of women trying leverage power in male-dominated worlds. And there's satire and tragedy in the truth that the same media that amplified the U.S. government's case for war in Afghanistan find their interest waning once it turns into a quagmire.

At its best, Whiskey Tango Foxtrot turns Kabul into a purgatorial no man's land for American reporters and troops, who are stranded in a war zone without a mission or an exit strategy. But that creeping apathy infects the film, too, which is never as sharp as it needs to be. Carlock and Fey can't fall back into their old 30 Rock rhythms, lest they turn Kim into too much of a self-deprecating bungler and undermine her professional bona fides. And the busyness of the film's agenda leaves several subplots undernourished, particularly the casual "Kabubble" romance between Fey and Freeman, which bleeds into search-and-rescue action climax that strains credulity.

Then again, credulity is already strained past the breaking point by casting Abbott and Molina, two conspicuously non-Middle Eastern actors, in the two most prominent Afghan roles. Abbott and Molina are brilliant performers, and at least a glimmer of the sensitivity and emotion of Abbott's beautiful turn in last year's James White is on display here. But in the year 2016, as Hollywood's struggles with diversity have come under increasing scrutiny, the casting not only strikes a sour note in the culture but actively harms the film's mission. If audiences are to believe that Whiskey Tango Foxtrot reveals the true face of our misadventures in Afghanistan, it has to better reflect the faces of those who are there.