The Ordinary World Shares Space With Ghosts, Spirits And 'Splendor'

The Ordinary World Shares Space With Ghosts, Spirits And 'Splendor' 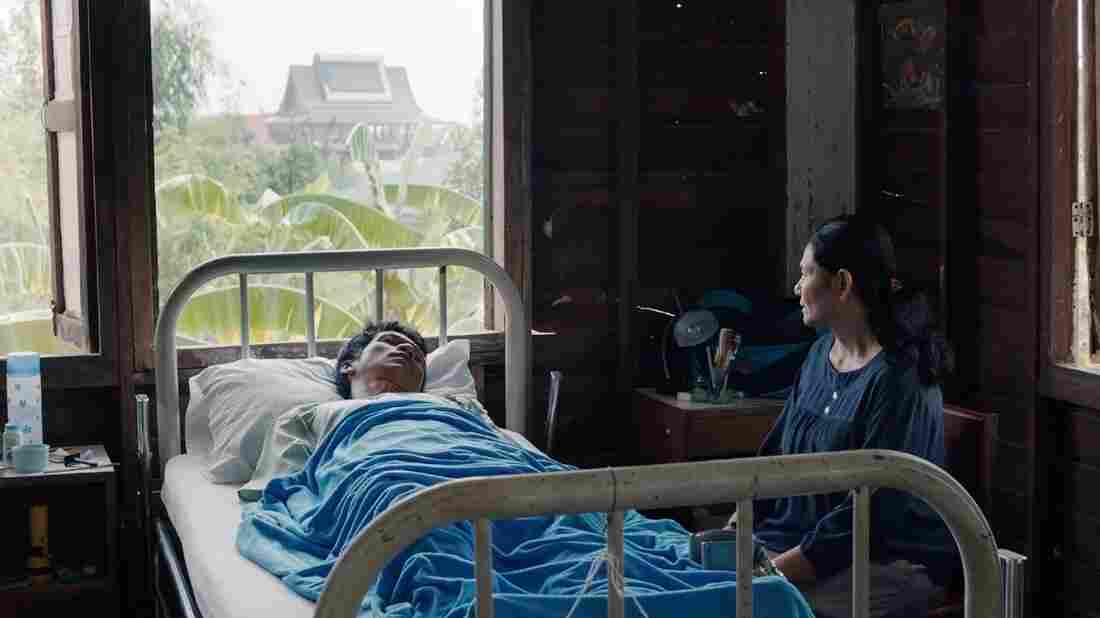 Jenjira, a volunteer, watches over Itt, a handsome soldier with a mysterious sleeping illness, in Cemetery of Splendor. Courtesy of Strand Releasing hide caption 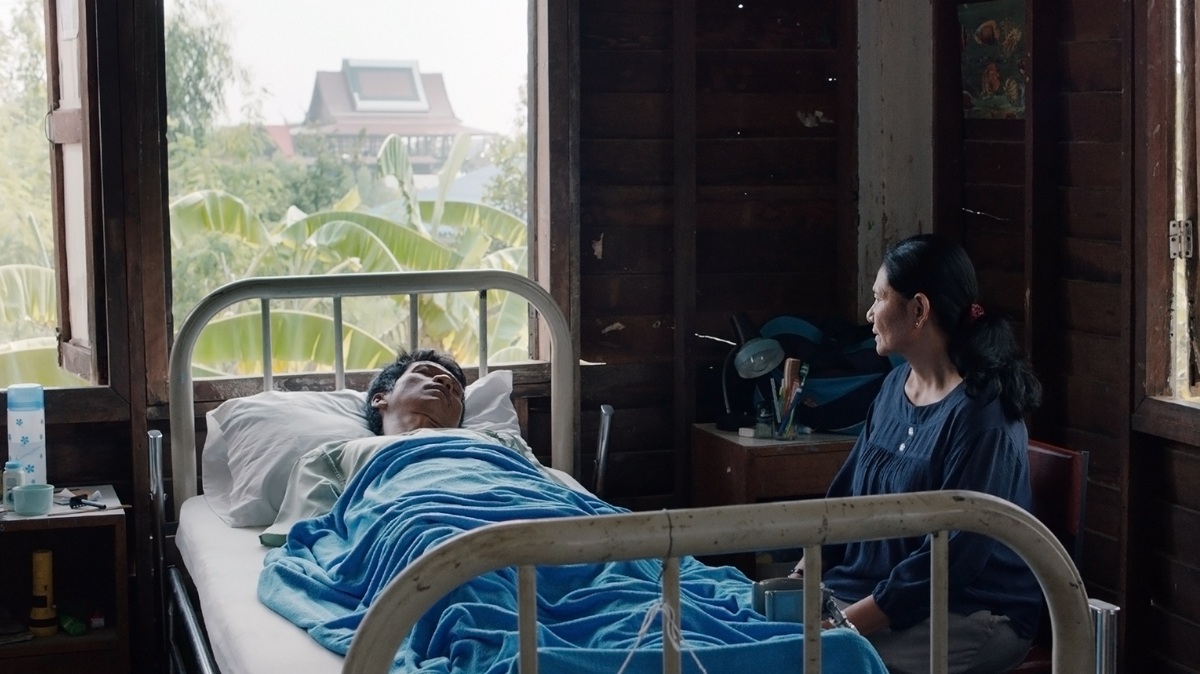 Jenjira, a volunteer, watches over Itt, a handsome soldier with a mysterious sleeping illness, in Cemetery of Splendor.

In Cemetery of Splendor, a new film by Apichatpong Weerasethakul, an older Thai woman, Jen, is led around the grounds of a ramshackle building in provincial Thailand by an ecstatic young psychic named Keng. As they move about, we see only piles of dead leaves and old or broken statues, the detritus of a hospital that was once a school attended by the older woman, which she remembers fondly. The psychic, however, sees a former palace that, it seems, is buried beneath the building. She describes it in such opulent detail that even her somewhat skeptical companion is won over. To say nothing, we learn, of the FBI. Impressed by Keng's skill at winkling out secrets and lies, the Bureau has been after her to join the company with full benefits.

Weerasethakul raises that kind of goofy eyebrow early and often in Cemetery of Splendor, as he does in all his films. Fundamentally though, he believes in believers, especially those who, like Keng, channel subterranean layers of memory not visible to the eye. Which is why we'll also witness the long-dead cheerily materialize on a park bench to lunch and, as it were, chill with the living. And why at least one of the hospital's patients, most of whom are soldiers afflicted with a mysterious sleeping sickness, periodically wakes to exchange gossip with Jen and squire her to a cheesy horror movie at the multiplex, only to slump back into slumber without warning.

To enter the multiple worlds of Weerasethakul, you have to slow down and bracket your Hollywood training in plots, endings, psychologically motivated characters and the like. As in all the Thai director's films, the workaday world shares equal space and time with the ghosts, spirits, and memories of a richly decorated past — and, he never says outright, Thailand's troubled political present.

The son of physicians, Weerasthesakul often takes illness and its treatment as his foreground. If that's a metaphor, it's also a tangible reality he's explored before in his lovely 2010 Uncle Boonmee Who Can Recall His Past Lives. Cemetery of Splendor is set in the director's childhood home town of Khon Kaen, a sleepy backwater where a beautiful park and lake are disfigured by dump trucks shifting earth in order to lay cable. Nothing much happens — it's almost boring, until you give yourself over to the long, atmospherically still takes that cover every scene. The mood is serene, with an undertow of sadness. The soundtrack is ambient noise — the clack of trucks, the quiet to and fro of nurses moving around a ward full of sleepers, the rustle of trees that cue us into fresh spheres of memory and spirit. The soldiers lie on their backs with whirring fans overhead and healing lights that change color beside every bed. Tenderly cared for by Jen (played by Weerasethakul regular Jenjira Pongpas Widner and Keng (Jarinpattra Rueangram), the handsome young soldier (Banlop Lomnoi) is, puckishly or not, named Itt.

Weerasethakul will never let on if there's a thematic link between the palace and Thailand's successive monarchies or its current political turbulence. Should we hate the soldiers or thank them for their service? Who knows? But it occurred to me that film may be the only place one can put the military to sleep without fear of reprisal. For his part, this most implicit of filmmakers never actually says anything. He makes art with a sense of time and place at once viscerally concrete and sublimely soulful, where the memory banks of our subconscious surge into the light, bringing unease, and a strange peace.