Accessibility links
#MemeoftheWeek: Was It Just Resting Christie Face? Chris Christie stole the internet spotlight from all the presidential candidates on Tuesday when he appeared behind Donald Trump looking mournful. 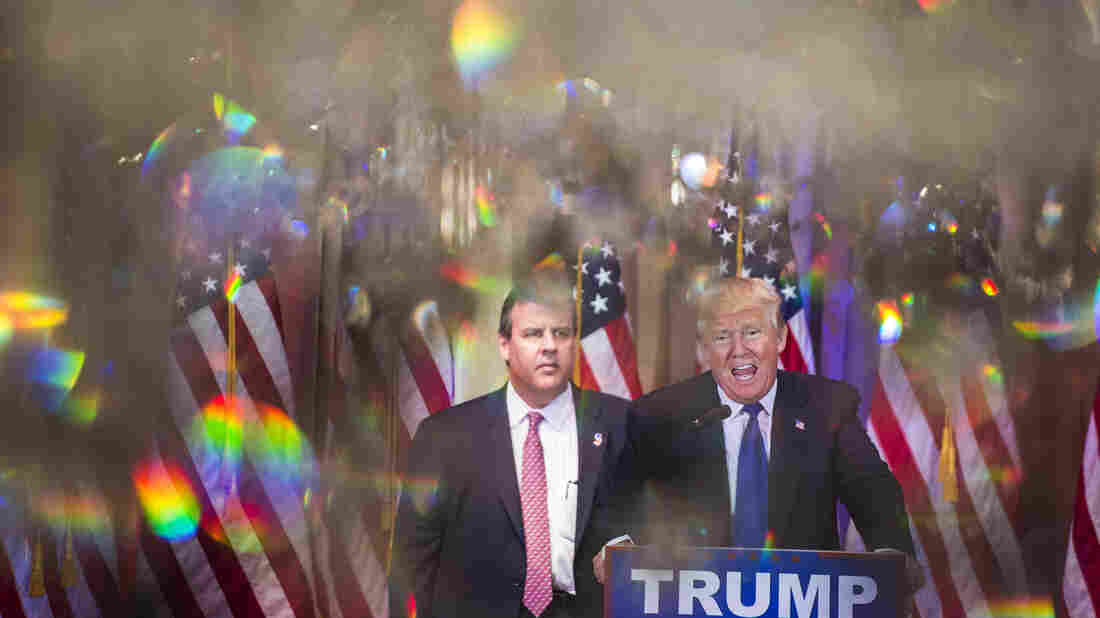 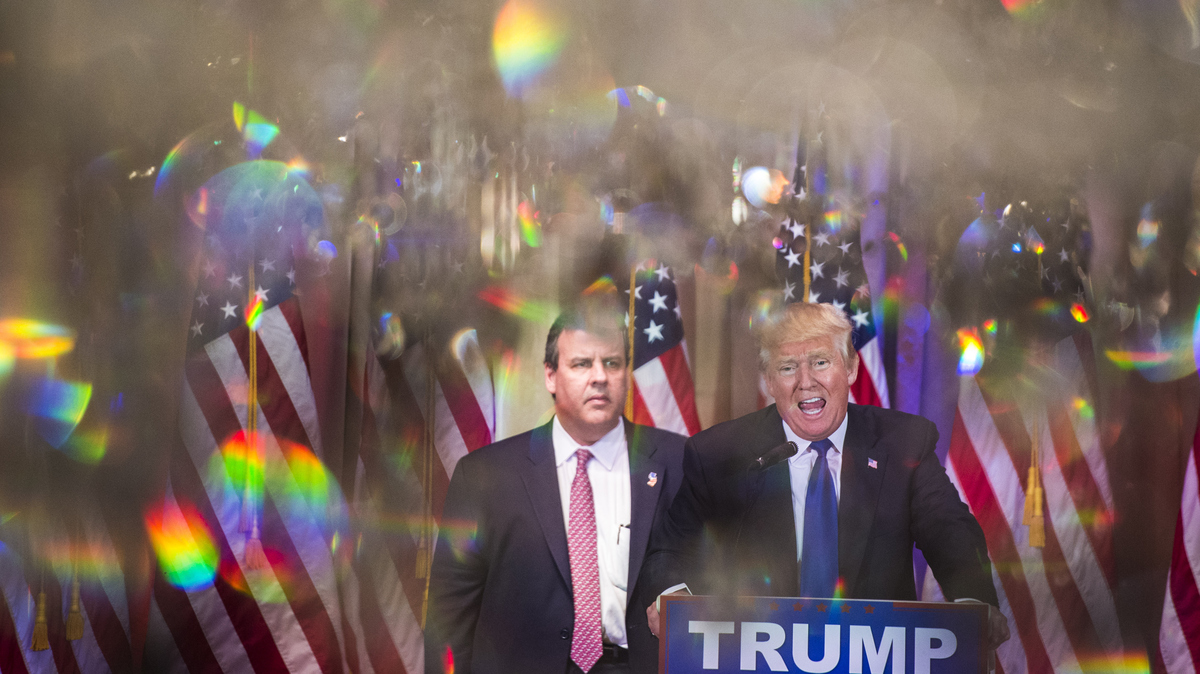 Super Tuesday wasn't so super to New Jersey Gov. Chris Christie, whose dour face during Donald Trump's press conference that night was all Twitter could to talk about — and make fun of.

Christie endorsed Trump last week, so come Tuesday night he had a prime spot just over Trump's right shoulder at the opulent Mar-a-Lago Club in Palm Beach, Fla. Trump had won several states, Christie was in Palm Beach, there didn't seem to be much to be sad about. And yet:

So why the face?

"That's his resting Christie face," said Matt Katz of NPR station WNYC. He's covered Christie for five years and watched the governor — and that face — countless (probably hundreds, he says) times on stage at press conferences. Tuesday night's face wasn't at all new to Katz, who describes Resting Christie Face as: "Darting eyes, dour expression, looks like he's thinking about other things or like he's not happy to be there."

Twitter jumped on the meme, depicting Christie as a hostage who needed to be freed or imagining he had made a terrible mistake in endorsing Trump:

"Gov. Christie are you happy to be here?" -- via @JesseYomtov pic.twitter.com/V4ifBsholc

Ok, so he has a sad-looking face. But he didn't just trend because of the face — he trended because he's Chris Christie.

"He has a way of just consuming people's fascination ... and there's an increasing amount of disdain, hate, disappointment with him," Katz said.

He's a walking contradiction who these days, people kind of love to hate.

"He sold himself as a tell-it-like-it-is guy, and then he's endorsing someone who he disagrees with," Katz said. While Christie was still in the race, he had hit at Trump's foreign policy, business acumen and temperament, calling him a "carnival barker."

"There's a sense that he's full of it," Katz said. "And that definitely made him an easy target."

Also this week, six New Jersey newspapers wrote a joint editorial calling for him to resign and a poll showed his approval rating at 27 percent, an all-time low.

Christie, for the record, said on Thursday that he wasn't in pained or upset at all. "No I wasn't being held hostage, no I wasn't sitting up there thinking 'Oh my God, what have I done?" he said.

All the attention may not have been a bad thing for Christie, though, according to Katz. When Christie dropped out of the race, away fell the debates and public appearances as a candidate — but here he is, still getting attention and an audience.