Accessibility links
In 1975 Small-Town Arkansas, Gay Couple Stayed In The Closet Dick Titus and Zeek Taylor have been a couple for more than 40 years. They had to keep their relationship a secret when they moved to Fayetteville, Ark., in 1975. They lived there for 13 years.

Dick Titus and Zeek Taylor have been a couple for more than 40 years. They had to keep their relationship a secret when they moved to Fayetteville, Ark., in 1975. They lived there for 13 years. 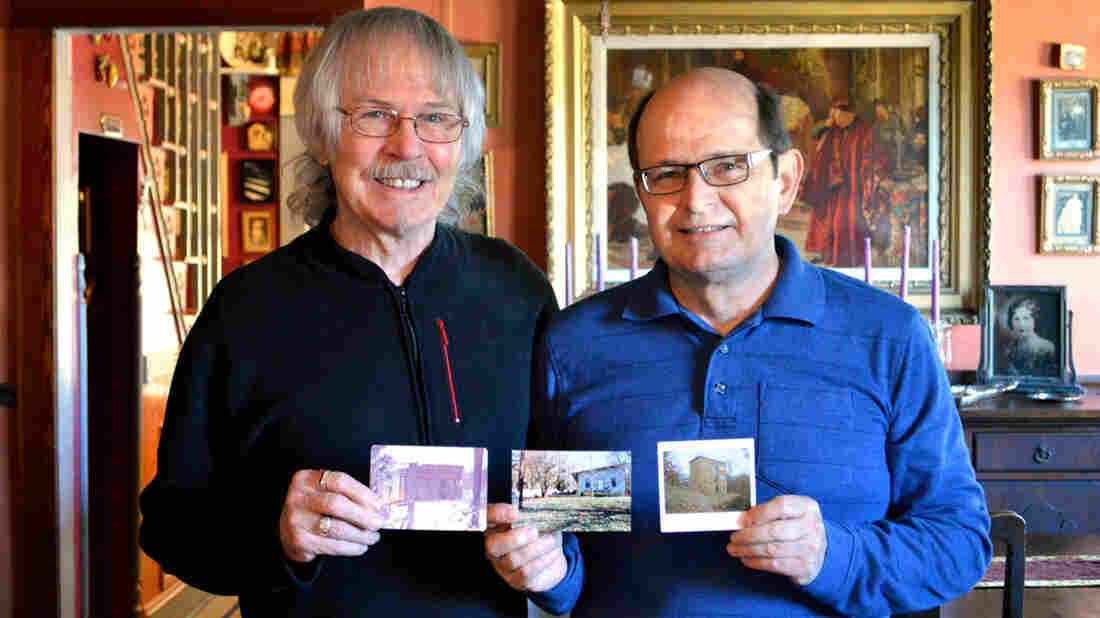 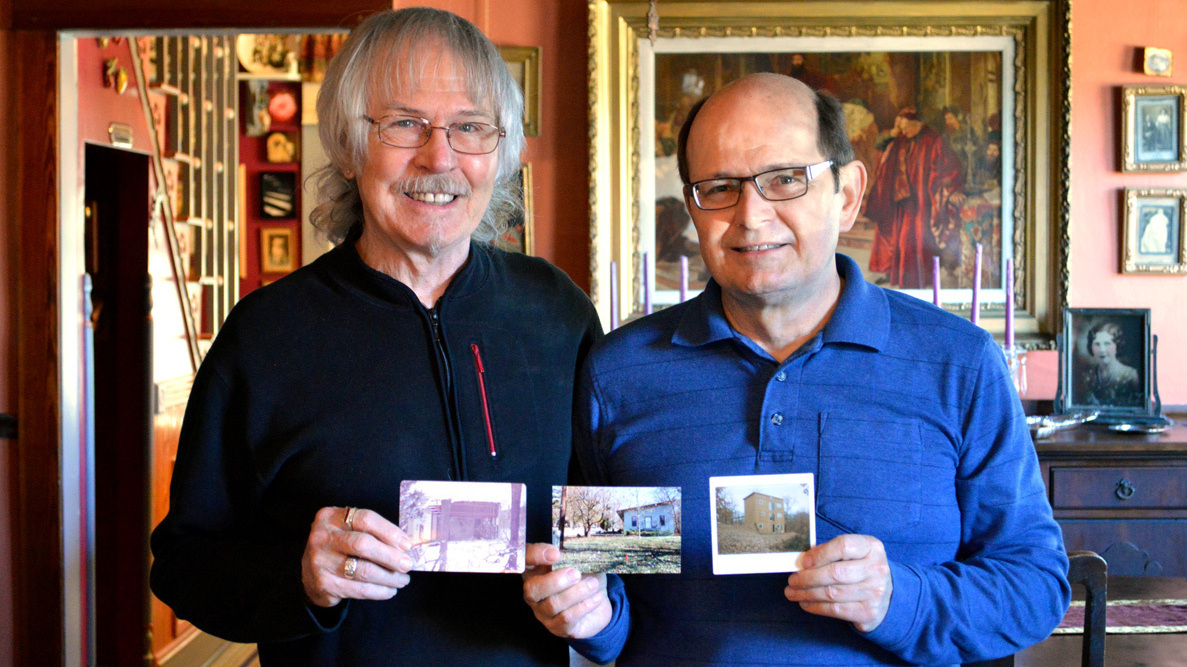 Time now for StoryCorps. Today, a conversation from their Out Loud initiative, collecting the history of LGBT life. Dick Titus and Zeek Taylor have been a couple for more than 40 years. In 1975, they settled in Fayetteville, Ark. Dick, who was an electrician, quickly realized that to get work, he had to say in the closet. At StoryCorps, they talked about how they kept their relationship hidden.

DICK TITUS: I always referred myself as the invisible gay guy because people that I worked with didn't know I was gay. And I heard every gay joke and slur. You know, it hurt because these are people I liked. And in a small town like Fayetteville, everybody would know I was gay and nobody would hire me. So we had two houses because I needed a place so people could come after work and have a beer or hang out.

ZEEK TAYLOR: Kept the Miller Lite cold in the fridge for when the guys came over.

TITUS: Even though it had clothes in it and food, you could open the door and swear I slept there last night, but I never did.

TAYLOR: It was pretty to run into people that you worked with at the grocery store or wherever.

TITUS: Do you remember the things we had to do when somebody came up and talked to me?

TAYLOR: Oh, sure. You chose the name Oscar as your work name. And when would go out, if someone said hey Oscar, I just kept walking like we were strangers. I never questioned having to do it. I didn't like it. But it would have been so hard on you if we had lived in the open at that time.

TITUS: Did you ever feel like I was ashamed of you or embarrassed by you?

TAYLOR: No, I never felt that at all. I felt more that you were ashamed of yourself.

TITUS: That's probably pretty true. You know, I've never really told you how brave I think you are. You were this openly gay ballet dancer, and I was always the chameleon. And I think that I took the coward's way out.

TAYLOR: But I felt like this is the price we have to pay to be together.

TITUS: You know, even though I come across as a strong one, you're really the strong one in our relationship. And I admire you for being your own person all these years.

TAYLOR: I appreciate knowing that. It means a lot to me.

TITUS: Well, you deserve all that and more. I've known you a long time, and you just constantly amaze me.

MONTAGNE: Zeek Taylor and Dick Titus in Eureka Springs, Ark. They married two years ago. Their conversation will be archived at the Library of Congress. Get the podcast on iTunes and npr.org.