Accessibility links
Donald Trump Pulls Out Of Conservative Confab The GOP presidential front-runner was expected to face a hostile crowd at the CPAC gathering, with some threatening a walk-out of his Saturday morning speech. 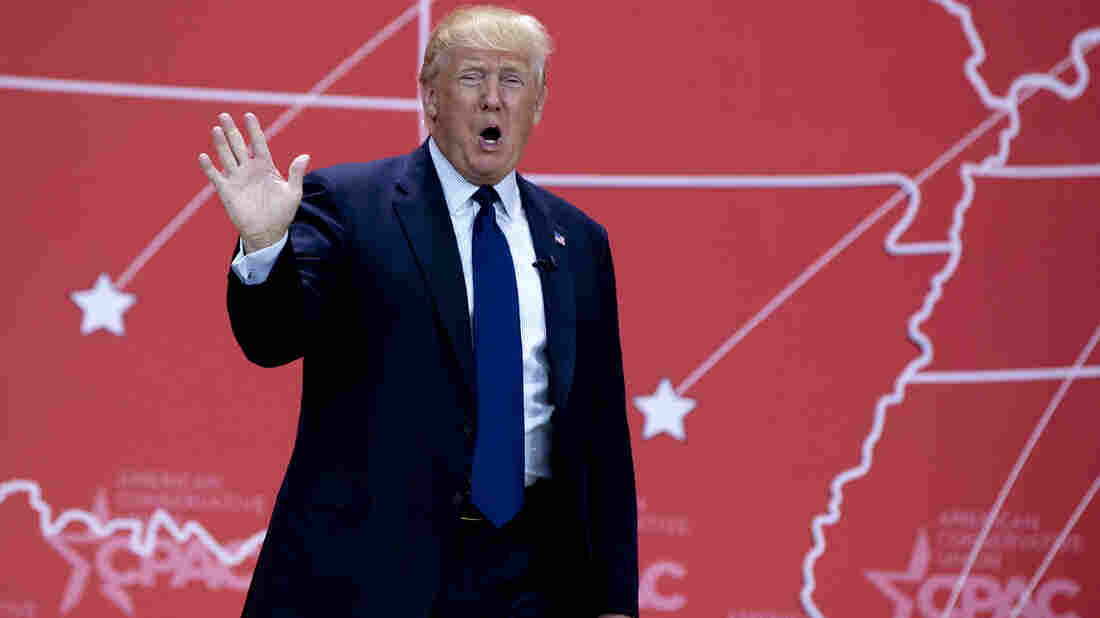 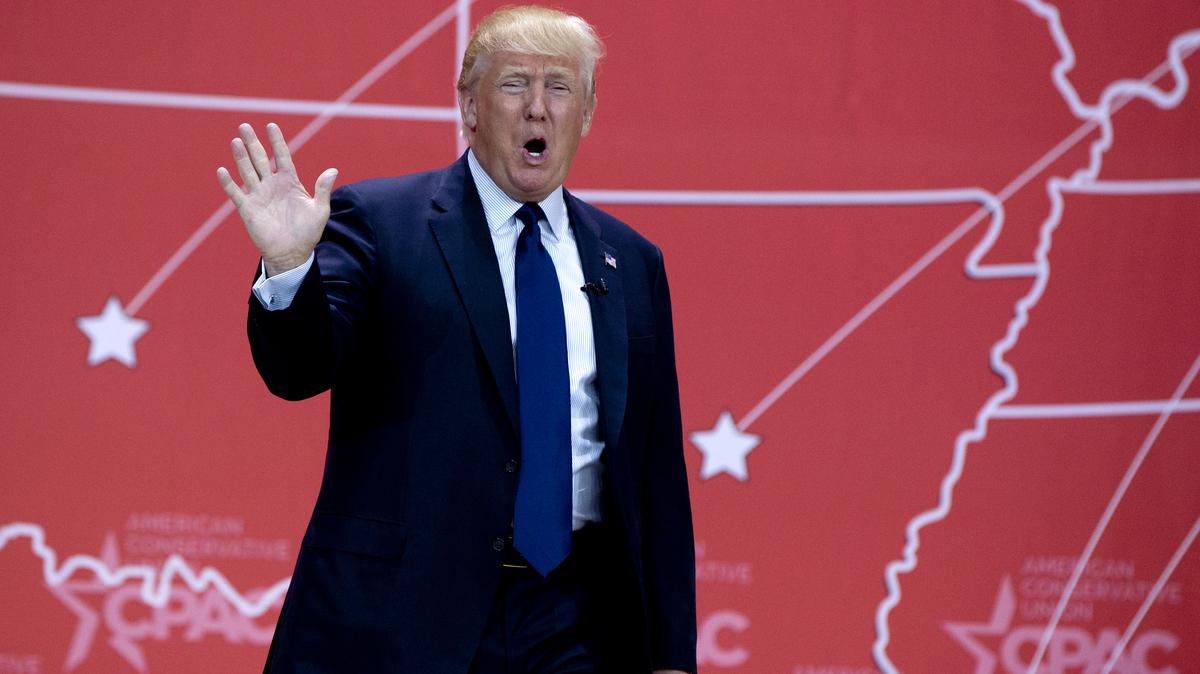 In a Friday afternoon typo-ridden statement, the GOP presidential front-runner said he instead will be holding a "major rally on Saturday prior to Caucus" in "Witchita, Kanasas" [sic].

"Because of this, he will not be able to speak at CPAC as he has done for many consecutive years. Mr. Trump would like to thank Matt Schlapp and all of the executives at CPAC and looks forward to returning to next year, hopefully as President of the United States," his campaign said.

There had been rumblings that the real estate mogul could face a hostile crowd at the conference sponsored by the American Conservative Union in National Harbor, Md., just outside of Washington.

"We're having [a] massive walkout on Saturday when [Trump] comes to speak," one activist, dressed as a Revolutionary War soldier, told the National Review. "We already have over 300 people who are going to get up at one time to go the bathroom."

The conference's official Twitter account expressed their disappointment and said the snub was an affront to conservatives.

Very disappointed @realDonaldTrump has decided at the last minute to drop out of #CPAC -- his choice sends a clear message to conservatives.

Despite leading polls nationwide and racking up a series of wins in primaries and caucuses so far, Trump has yet to win over many conservative leaders, who view his change of heart on abortion, health care and more as inauthentic.

CPAC attendee Matt Colleran from Nashville, Tenn., supports Rubio, but said he was "disappointed that one of our leading candidates will not be speaking to us here."

"We are people here who believe in free markets, traditional values and a strong national security," Colleran said. "And when we decide who to vote for, we need a candidate who is willing to speak to us and who respects our values and is really a member of the conservative movement."

Richard McCormick of Kettering, Ohio, is undecided who to vote for in his state's important primary on March 15th, but was still considering Trump.

"I'm disappointed," he said. "I think it should be an inclusive event, but he's running his own show that's evident in his tactics so far. This is just another example."