Accessibility links
Here To Stay: How Indian-Born Innkeepers Revolutionized America's Motels Indian immigrants and their children comprise about 1 percent of the U.S. population, yet they own roughly half of all American motels. And 70 percent of those moteliers hail one same state: Gujarat. 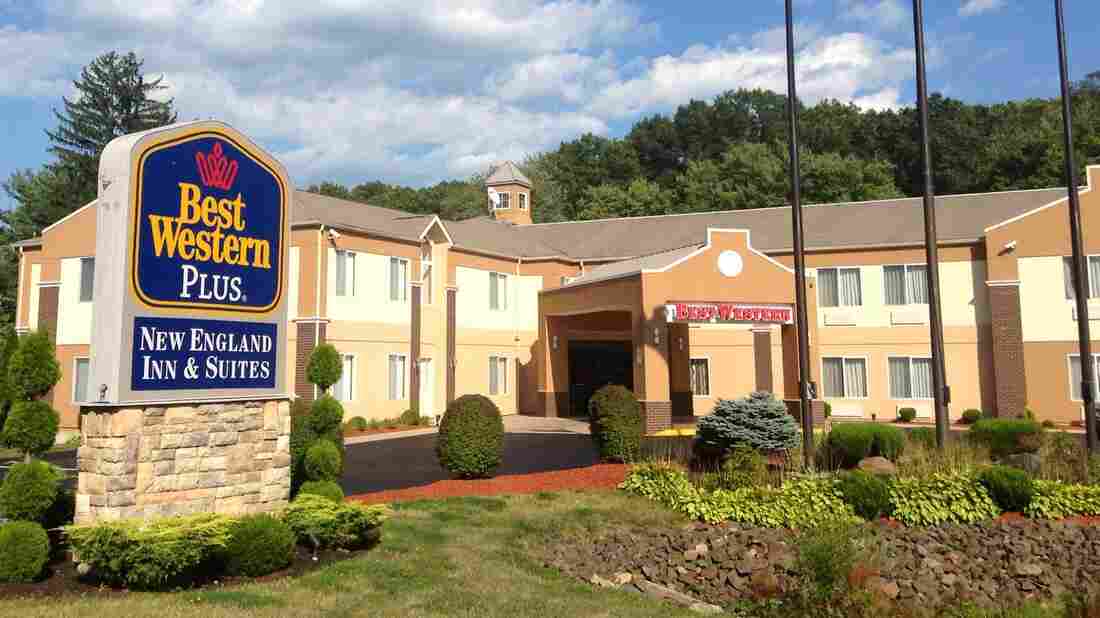 Gujaratis played a huge role in the expansion of Best Westerns and Days Inns across the country, according to one scholar, partly because they were willing to relocate to places like Berlin, Conn., pictured here. Mike Mozart/Flickr hide caption 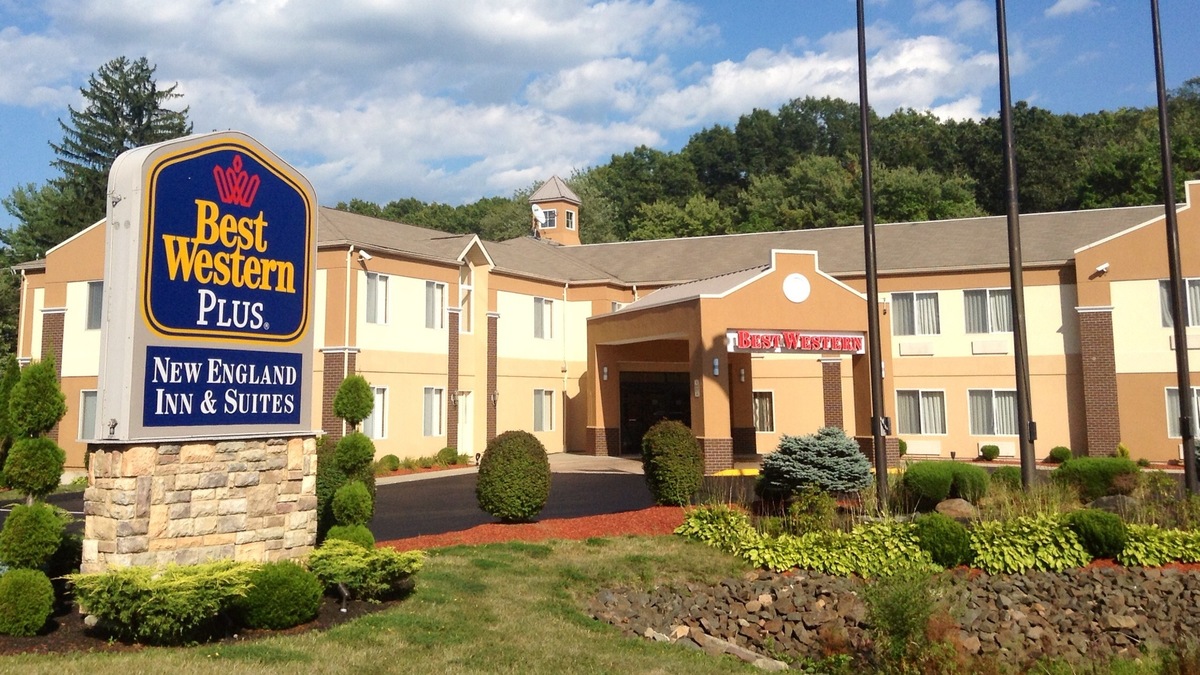 Gujaratis played a huge role in the expansion of Best Westerns and Days Inns across the country, according to one scholar, partly because they were willing to relocate to places like Berlin, Conn., pictured here.

In midtown Manhattan, 48Lex towers over the crowded street at its feet. The high-rise, luxury hotel offers a singular experience — serving complimentary wine at happy hour — but it's just one of 52 hotels owned by Hersha Hospitality Trust.

The company, named for founder Hasu P. Shah's wife, grew from modest origins. At one of the family's first properties, the 23-room Red Rose Motel in rural Pennsylvania, Shah and his family lived behind the lobby.

"There were a lot of chores to do," remembers Jay H. Shah, Hasu's son and current CEO of the company. "There was a lot of grass to cut. We had to skim the pool every morning."

Now, the Shahs help comprise an impressive statistic: Indian immigrants and their children make up about 1 percent of the U.S. population, but they own roughly half of the motels in the country. And about 70 percent of those motel proprietors can trace their heritage to just one state in India: Gujarat.

In fact, the story of Hasu P. Shah — a former electrical engineer who reinvented himself as an entrepreneur — is common among the Gujarati community, according to Pawan Dhingra, chairman of the sociology department at Tufts University.

"They have a long tradition of working for themselves, rather than someone else," Dhingra says.

But the fact that so many Gujaratis became motel proprietors, in particular, is something of a historical accident. It started with Kanjibhai Desai, an undocumented Gujarati immigrant who bought a motel in San Francisco in the early 1940s.

As Dhingra explains, his example inspired Indians who followed.

"Some of the pioneers stayed at his hotel, where they got the idea of pooling their resources to buy one themselves," he says.

"They really did change franchising," says Jan deRoos, who teaches at Cornell's School of Hotel Administration.

He says Gujaratis played a huge role in the expansion of Best Westerns and Days Inns across the country, partly because they were willing to relocate to out-of-the-way places like Canton, Miss., or Plainville, Ohio.

"Every small community in America today has a hotel or two, as a result of this community taking a business risk and establishing a hotel."

Being the only Indian immigrants in these isolated communities could be tough, though.

"It was hard," says Binita Patel, whose parents owned hotels in North Carolina in the 1980s. "I remember someone pulling their window down and yelling, 'Go back to your own country,' as we were walking home."

Yet many Gujarati families stuck it out, and they did innovative things to make their motels profitable. They started the now-common practice of placing a washer and dryer in the room behind the lobby. That way, the person working the front desk at night would have the sheets and towels ready for the next day. They also economized by doing a lot of the upkeep themselves.

Patel and her brother, for example, were in charge of vacuuming her parents' Holiday Inn on the weekends.

"We would vacuum as a team because neither one of us would be strong enough to push the entire vacuum on our own," she recalls.

As she got older she graduated to actually running some of her family's properties. And now, as an adult, Patel wants to take the business to the next level.

She takes inspriation from her friend and fellow second-generation Gujarati, Jay H. Shah. Hersha Hospitality Trust, which began with that modest motel in Pennsylvania, is a now a $2.5 billion company.