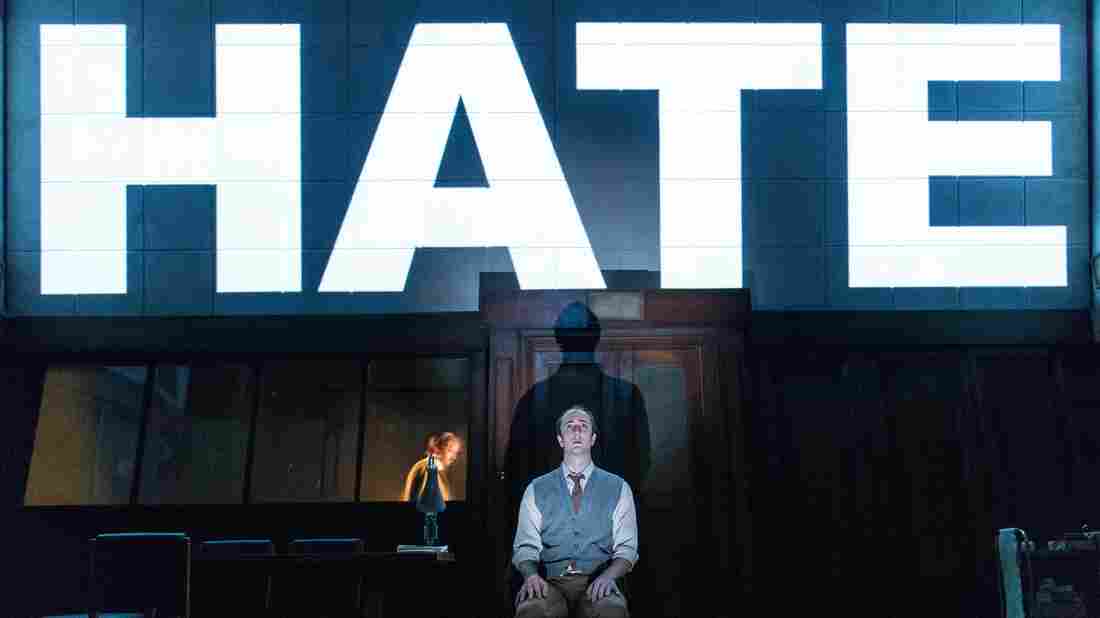 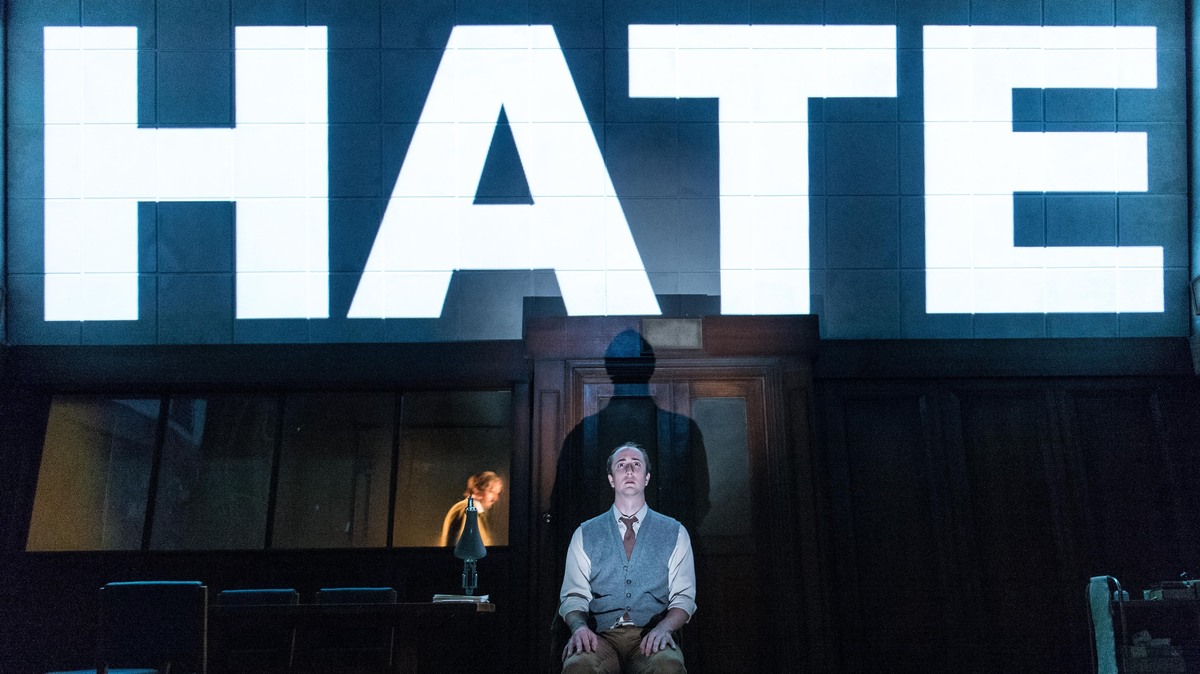 It seems George Orwell's Big Brother never gets old — and he's still watching us. Right now, he's in Cambridge, Mass., where a theatrical adaptation of Orwell's novel 1984 is on stage at the American Repertory Theatre. The production was a sold-out hit in London.

Orwell's dystopian tale remains ominously relevant today — think about NSA wire-tapping, FBI iPhone intrusion, cameras on inner-city streets, cyber security — or insecurity. But consider this, too: "So much surveillance is kind of self-surveillance," says actor Matthew Spencer. "Selfies of where you are or whatever. I've definitely become more aware of monitoring that a little bit."

Getting paranoid? Spencer says his eyes have been opened a little wider since being cast in 1984. For one, he started rethinking those incessant location requests on his iPhone. "No one's forcing you to give that! You know, you can choose to have it on and off, and most people just go, 'yeah, I'm fine with that.'"

Spencer plays the main character in Orwell's cautionary tale. Winston Smith — or Comrade 6079 — lives in a bleak world where an Inner Party controls everything. Its slogan? "War is peace. Freedom is slavery. Ignorance is strength." Independent thinking is called "thoughtcrime" and Winston commits it, knowing full-well the act is punishable by death.

The show's Cambridge production ends on March 6 and moves to Washington, D.C., next week.

"I'm writing a diary," Winston tells the audience at one point. "An account — evidence — that in all this insanity one person held tight to the truth. I can see what the future will look, a future free of the party, people free to talk and think. All this will change, it has to change."

While the parallels to our current world might be obvious, law professor Jonathan Zittrain says times are different from when Orwell created his novel in the years following World War II.

Zittrain is the co-founder of Harvard's Berkman Center for Internet & Society, so he was eager to see the play. He was struck by the large screen above the stage showing the action belo; it made him think about how we experience so much of our real lives through screens. And while technology may give us a certain sense of freedom, Zittrain cautions that "that freedom shouldn't make us complacent about the ways in which our perceptions still are shaped quite subtly by what a search engine chooses to offer up when we search for something."

There's something for everyone to worry about in 1984, says 29-year-old director Robert Icke, who helped adapt the novel for the London stage. "At every period of history a different bit of it has come into focus, which I suppose in some ways is characteristic of great art, but, I think particularly now our fears about being recorded, about the way we sign away our privacy, about what liberty means, but also about the distrust of the systems which govern."

Icke says both liberals and conservatives embrace 1984's story for their own reasons. After all, adds actor Matthew Spencer, everyone's read it, right? "It's one of those books that I think everyone thinks they've read, or says they've read. I thought Oh yeah I must've read that at school at some point, but I actually hadn't," he laughs.

But now — fortunately or not — Spencer gets to live with Big Brother every night.