Accessibility links
MLB Hopes New Openness Will Ease Players' Path From Cuba To The Majors The league's plan, which needs approval from the players' union and both governments, would allow direct pickups of Cuban players — no defections — in exchange for cash support for the sport there. 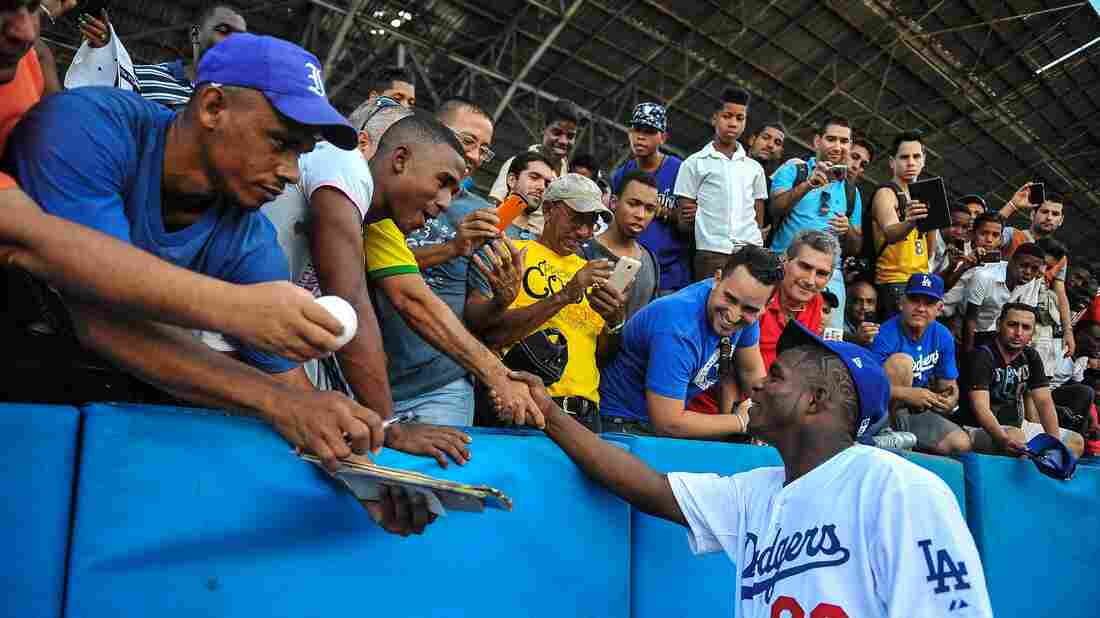 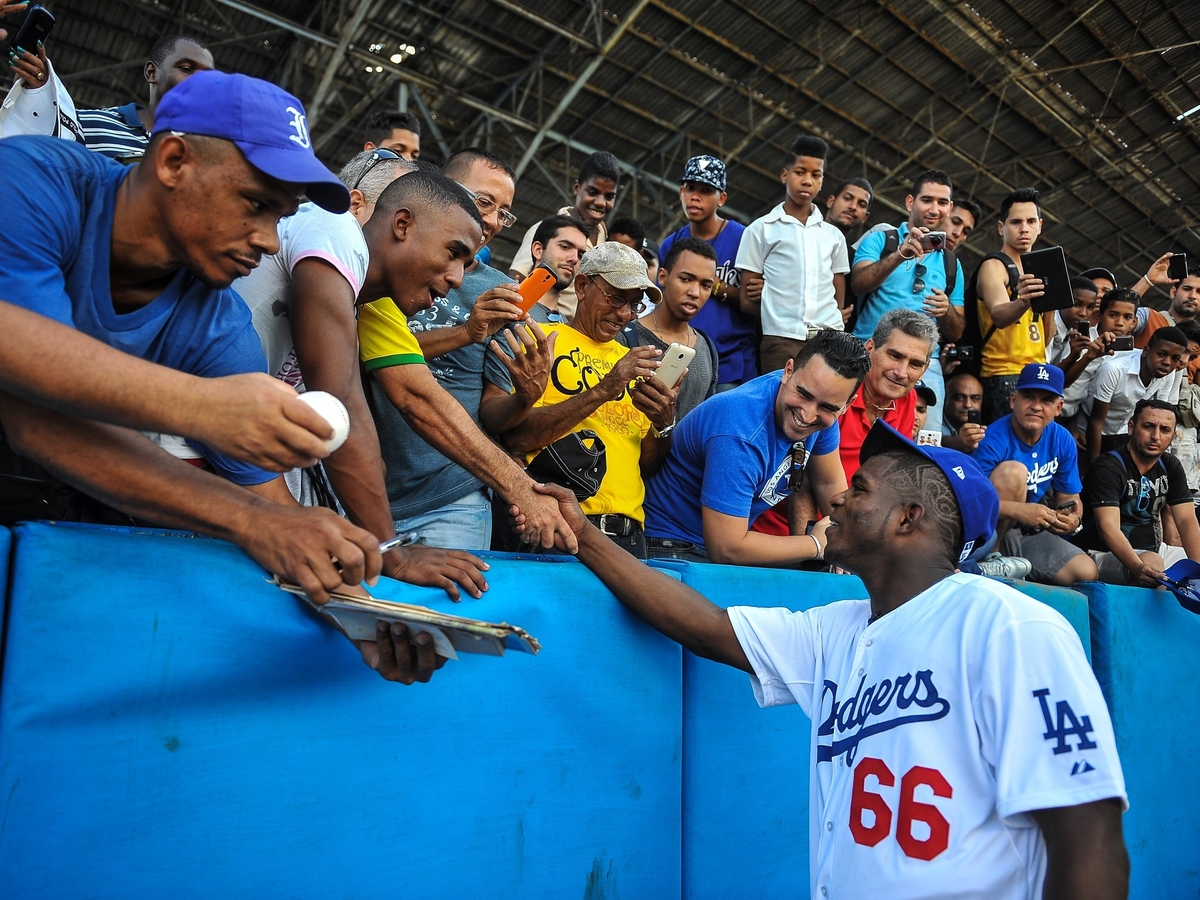 When President Obama heads to Havana later this month he is expected to take in a baseball game featuring the Cuban national team against the visiting Tampa Bay Rays. Cuba has long been a hotbed of the sport and more than a dozen Cuban-born players are now on major league rosters. That number could grow by a lot and soon, if Major League Baseball has its way.

Baseball has long been a mutual passion for the United States and Cuba There have been Cuban born players in America from the game's earliest days, in the 1800s. In the 1940s and 50s there was a minor league team in Havana, eventually known as the Sugar Kings.

Fidel Castro is a well known baseball enthusiast who, on occasion, even took to the pitcher's mound himself.

But for a Cuban player to make it to the majors now is an arduous and sometimes dangerous ordeal. He must defect from his native land, leaving family behind. There have been cases of players being smuggled out, then held for ransom by traffickers.

Peter Bjarkman, a historian of Cuban baseball and author of the forthcoming book Cuba's Baseball Defectors: The Inside Story, says the the major leagues would love to have better access to the country's players.

"The whole history and tradition of Cuba has demonstrated that this is an island that produces tremendous baseball talent, and the assumption is that it will continue to do so," he says.

So Major League Baseball has proposed a way around the trade embargo with Cuba that doesn't force the players to defect: It wants the U.S. government to allow Cuban players to sign directly with American teams. In return, MLB would pay a portion of the players' salaries to a Cuban-controlled organization that would support baseball on the island.

White House spokesman Josh Earnest acknowledged the discussions earlier this week, saying "it is not at all uncommon for the administration to offer advice to U.S. businesses that are seeking to ensure that their actions are firmly in compliance" with regulations enacted to normalize U.S.-Cuba relations.

But there are a lot of bases to touch. The baseball players' union, the MLBPA, must sign off, as well as the Cuban government. And Bjarkman says it might be a tough sell in Havana, because defections have already taken a toll on Cuban baseball.

And American critics of normalized relations between the United States and Cuba, like Miami human rights activist and blogger John Suarez, say sending money into Cuba will only benefit the Castro government. Cuba's baseball program, he points out, is run by Fidel's son Antonio.

"I think what you're going to see now is Major League Baseball — and more shockingly the players association — going into business with the Castro family and exploiting Cuban baseball players," Suarez says.

MLB's current contract with the MLBPA runs out in November, and it's expected the issue will be part of upcoming negotiations. That means the new Cuban connection for baseball won't be happening before next year's opening day.