Accessibility links
'Love, Loss' And Spicy Pickles In Padma Lakshmi's New Memoir Top Chef host Padma Lakshmi grew up hunting for jars of fiery Indian pickles in her grandmother's Chennai kitchen. She writes about food and family in her new memoir, Love, Loss and What We Ate. 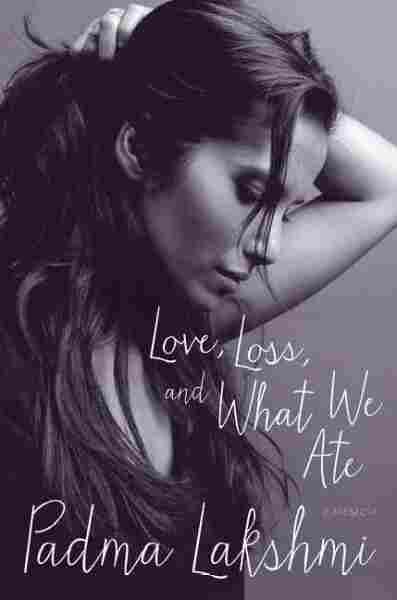 Love, Loss, and What We Ate

Title
Love, Loss, and What We Ate
Author
Padma Lakshmi

Padma Lakshmi is probably best known as the host of the TV show Top Chef on Bravo, but she's also worked as a model and an actress. Lakshmi was born in India, and moved to America to be with her mother, who'd moved to the States after the breakup of her arranged marriage.

Raised between two countries, she developed a love of food and family. And then, in her 20s, she met and fell in love with the author Salman Rushdie.

"He's an extremely brilliant and charming and layered and complicated man," she tells NPR's Rachel Martin. "If you're someone who's like me, and especially Indian, it's sort of like meeting Hemingway in your twenties, you know?"

Lakshmi came out the other side of that marriage, had a child, lost a partner to brain cancer — and still kept working on TV and writing cookbooks. She writes about it all in a new memoir: Love, Loss and What We Ate.

On being a supertaster

From my earliest childhood memories I can remember being in the kitchen, and my grandmother and my aunts and my older cousins, and my mother, certainly, all taught me about food. I only found out recently from a scientist in Seattle at the Science Museum that I am a supertaster, and I never knew that was actually a thing ... I bring it up because from a very early age, I was always very curious about eating foods that normally toddlers don't eat. Very sour things like mango and tamarind, very bitter things like fermented foods or certain Asian vegetables. And you know, you don't really give a bowl of fiery indian pickles to a 2-year-old! And yet I was climbing up on my grandmother's shelves in the kitchen like a monkey, sort of like a temple monkey, to try and get at the pickle jars ... I think my young palate needed that stimulation.

I was very used to a lacto-vegetarian Hindu Brahmin diet, and so I found it hard to eat American foods. So we would have to seek out restaurants that had rice — whether it was a Chinese restaurant or a Mexican restaurant, or whatever. And luckily we lived in New York City, and I experienced the city through my palate, and it was an exciting place to grow up as a child. It gave me great independence, but it also allowed me to really experience a lot of the world in a much less sheltered way than I would if I was living anywhere else.

Getting to rub shoulders with all of these great chefs, from Thomas Keller to Daniel Boulud to Jacques Pepin and on and on, it does inform my thinking about food — I mean, how could it not? But our show is really about professional chefs who command a kitchen that puts out 200 plates of food that are all different, and hot, and come out at the same time. But, you know, it has informed me immensely. I would consider myself a culinary spelunker, and I love nothing more than to go to a new town or city, and discover that city through its food.