Accessibility links
Pastor Max Lucado Baffled Over Evangelical Trump Supporters The prominent evangelical pastor talks about his recent denunciation of Donald Trump. He says he's puzzled as to why other evangelical leaders seem to give the Republican candidate a "free pass." 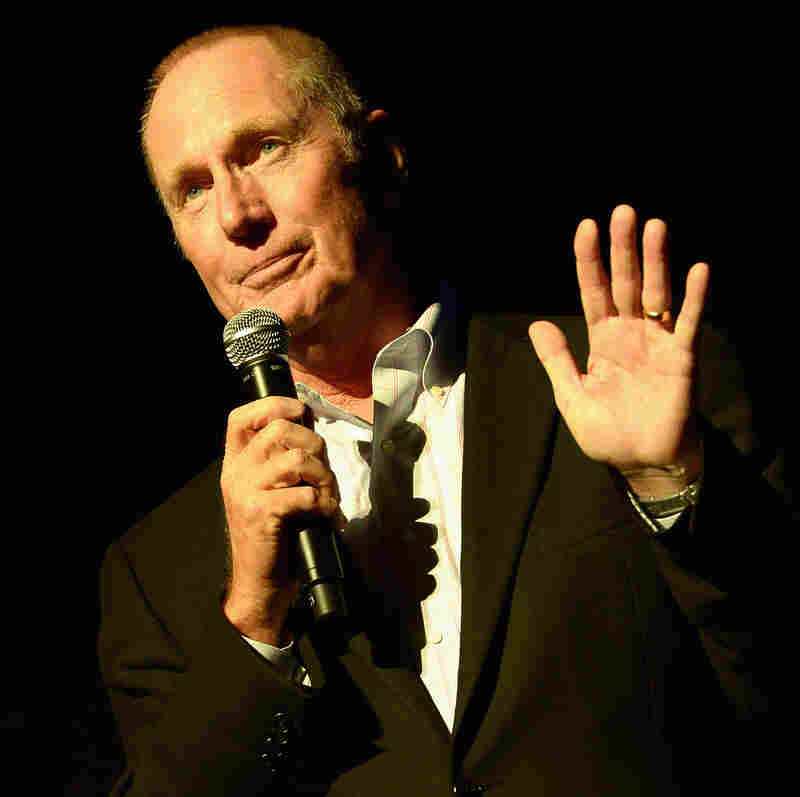 Pastor Max Lucado blogged about what he views as inappropriate behavior from a presidential candidate who calls himself a Christian. Rick Diamond/Getty Images hide caption 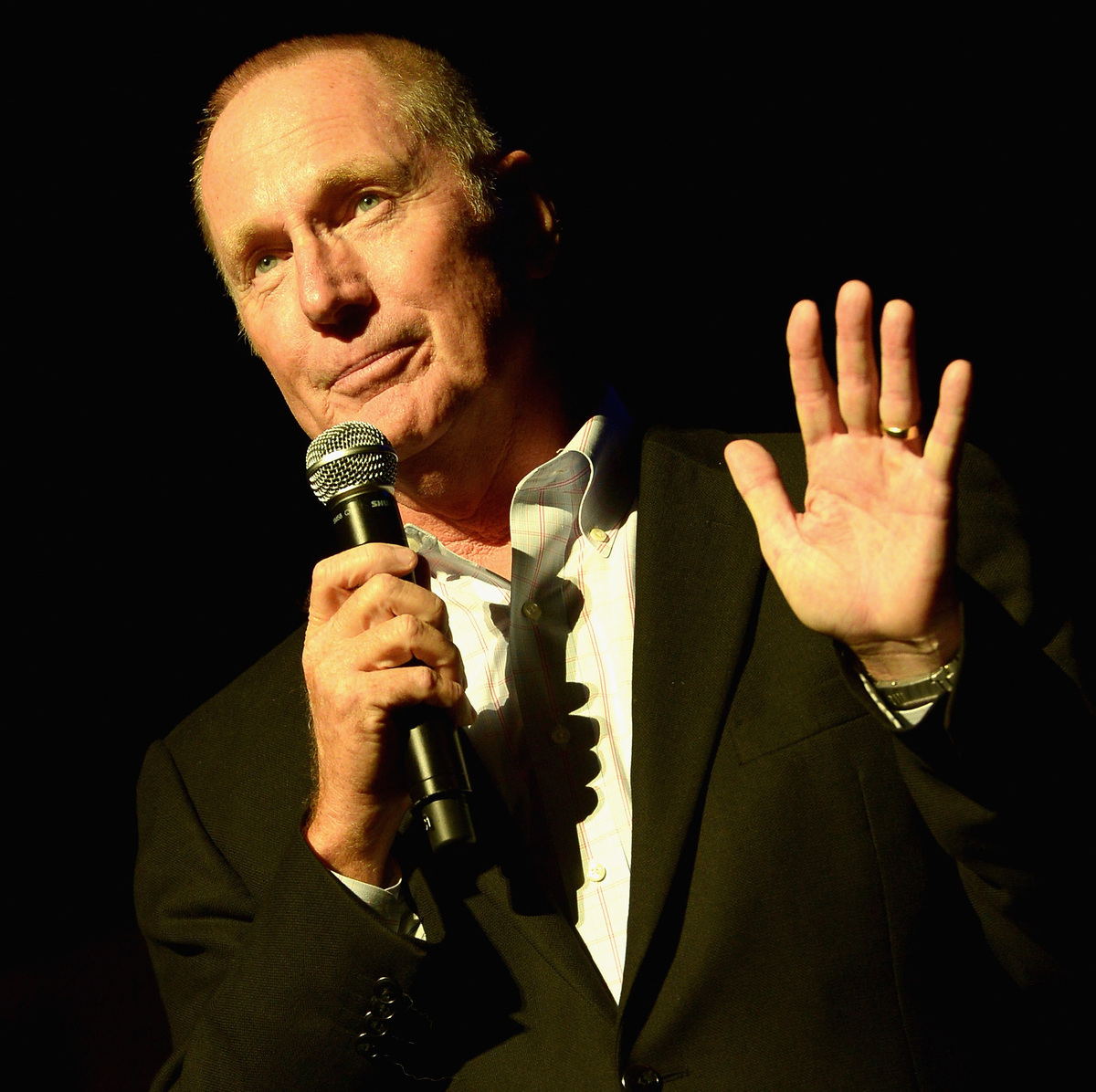 Pastor Max Lucado blogged about what he views as inappropriate behavior from a presidential candidate who calls himself a Christian.

If you've been following the presidential campaign, you have probably heard some talk about the power of the evangelical vote.

Pastor Max Lucado is a prominent evangelical pastor and a prolific best-selling writer who almost never writes about politics. And that's one reason millions found a recent essay of his so interesting.

Lucado took to his website to describe all the reasons he says Republican front-runner Donald Trump's tone and decorum fail the decency test, in a blog post titled "Decency for President."

He cites Trump's belittling of women and people with disabilities, among other people, and his constant name-calling. He says such comments "wouldn't be acceptable even for a middle school student body election ... but for the oval office?" His essay, also published in the Washington Post, has now been shared millions of times.

Lucado spoke with NPR's Michel Martin about his blog post and the response. Here are some of the highlights of their conversation:

Michel Martin: What is it that made you want to weigh in here? Why now?

Max Lucado: Kind of the bottom line for me, I don't think people come to the church where I preach to hear my view on politics. I'd like to think I'm going upriver in talking about world-view topics rather than particular political or controversial topics. So I've just stayed away from it through the years, which is funny because there was a time I wanted to go into politics. And so all of a sudden, here I am, I guess. I'm in the thick of it.

I would not have said anything about Mr. Trump, never — I would never have said anything if he didn't call himself a Christian. It'd be none of my business whatsoever to make any comments about his language, his vulgarities, his slander of people, but I was deeply troubled ... that here's a man who holds up a Bible one day, and calls a lady "bimbo" the next. Here's a man who calls himself a Christian and yet just has the audacity to make fun of a lady's menstrual cycle. ... He didn't just do this on occasion, but repeatedly, unrepentantly. Somebody sent me a list of 64 people he's called loser. Just this week it's continued. ...

It deeply concerns me that somebody who knows little or nothing about the Christian faith would hear Mr. Trump call himself a Christian and then make a decision based on the Christian faith, based on his behavior. And so I just felt like I should say something. I did not expect to stir up the dust storm that this blog has stirred up.

Tell me what struck you about the reaction.

We were stunned by the amount of response. ... It really struck a nerve. We had so many responses, we had to quit publishing second-generation responses because people were beginning to argue with each other. ... Not what I intended for it to be. ... Most of it has been positive — many people have said, "This is what I was thinking, thanks for saying it on my behalf." But there are many people who were just really ticked off that I would dare to suggest that this behavior is inappropriate.

One thing that you noted in your follow-up post is there seemed to be a deep undercurrent of worry.

There is, and you could sense that, you could almost taste it. There's an angst in the country, and I think there's a fear. I think there's a fear of we don't know what's next. And I've tried, maybe you can help me, I've tried to put my finger on the root of this fear. I feel like really we're better off than we were eight years ago, 10 years ago in many ways. There's certainly things we can do better at, but the economy is somewhat stable. We're not engaged in the level of international conflict that we've been involved; still, you would think we were. There's just a level of anxiety.

Many people say in fact that they're puzzled about the appeal of Donald Trump, especially to professing Christians. The fact is, he has racked up many votes and endorsements from leaders. For example, on Super Tuesday, every state that Trump won, he received the majority of the evangelical vote. What do you think the appeal is?

I'm curious why we're giving him a free pass on this behavior. Typically, evangelicals have tried to hold our leaders up, if they call themselves Christians, to a standard consistent with the faith and then of course consistent with whatever office they hold. But it seems like we're more than willing to give Mr. Trump a free pass. The classic one was in Iowa when he was asked, "Do you ever ask for forgiveness of sins?" and he said, "No, I don't need to." I nearly fell out of my chair. That's right at the heart and core of the Christian faith, that we're all sinners, we all need forgiveness of sins. I do not have an answer for your question. I've asked people who support Mr. Trump, "How do you reconcile the disconnect between what he claims to be and what he says?" ... I'm as baffled as anyone as to why. ...

If President Obama had used the language and spoken with the same disrespect that Trump has, and identified himself with a Christian, there is no doubt in my mind that I would've expressed the same concern. ...

What would you say to people who are fed up with the government and think that it's gone too far on social issues like same-sex marriage and abortion, and feel that Trump is the only candidate who is willing to do something about it?

My concern is that somebody would make a decision against Christianity because of Mr. Trump's behavior. And that's my high concern here. And to that person I would say, the way he speaks about people is not the way our master, our savior has taught us to speak; it's not the way our scriptures urge us to speak. The Bible urges us to be respectful to all people, especially people with whom we have disagreements, to never libel people, to never label people. Now, this is a huge deal in scripture, and so I would encourage that person, and the reason I've gone so verbal and vocal with this is because I'm protective of the reputation of Christ and the church, and I would ask that person not to interpret the Christian faith through the words of Mr. Trump.