Accessibility links
Colin Powell: GOP Candidates 'Belittling' The Country And Presidency In an interview with NPR, the former secretary of state reflected on the state of the GOP and the legacy of former first lady Nancy Reagan. 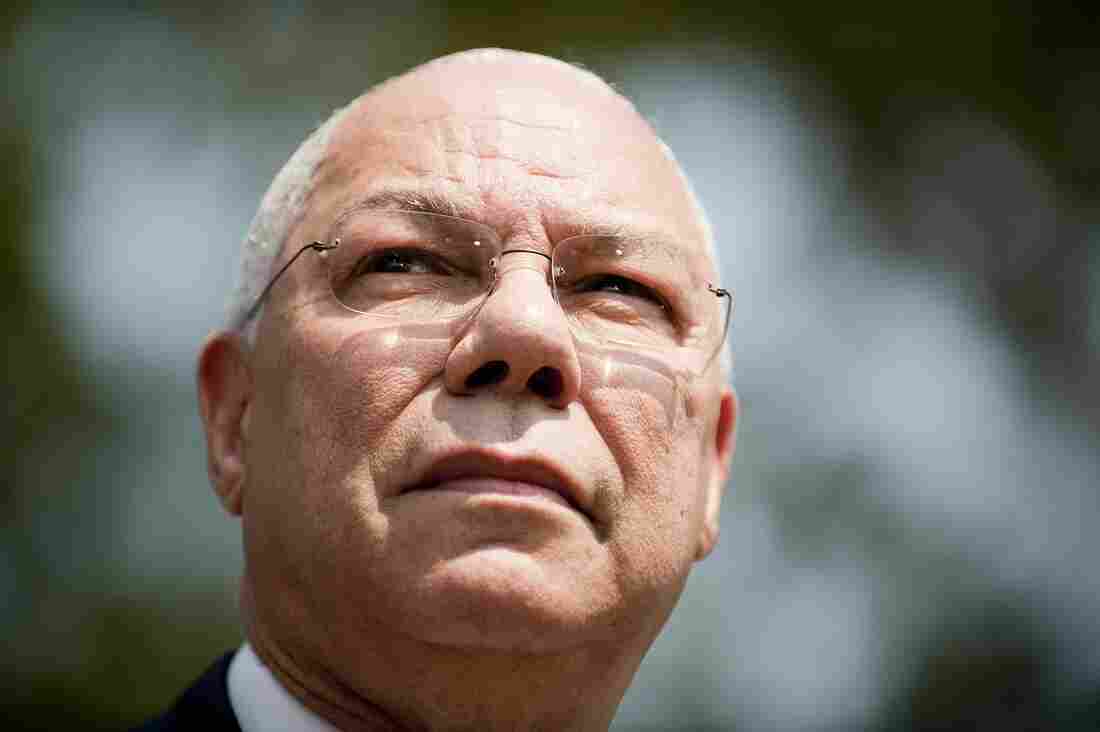 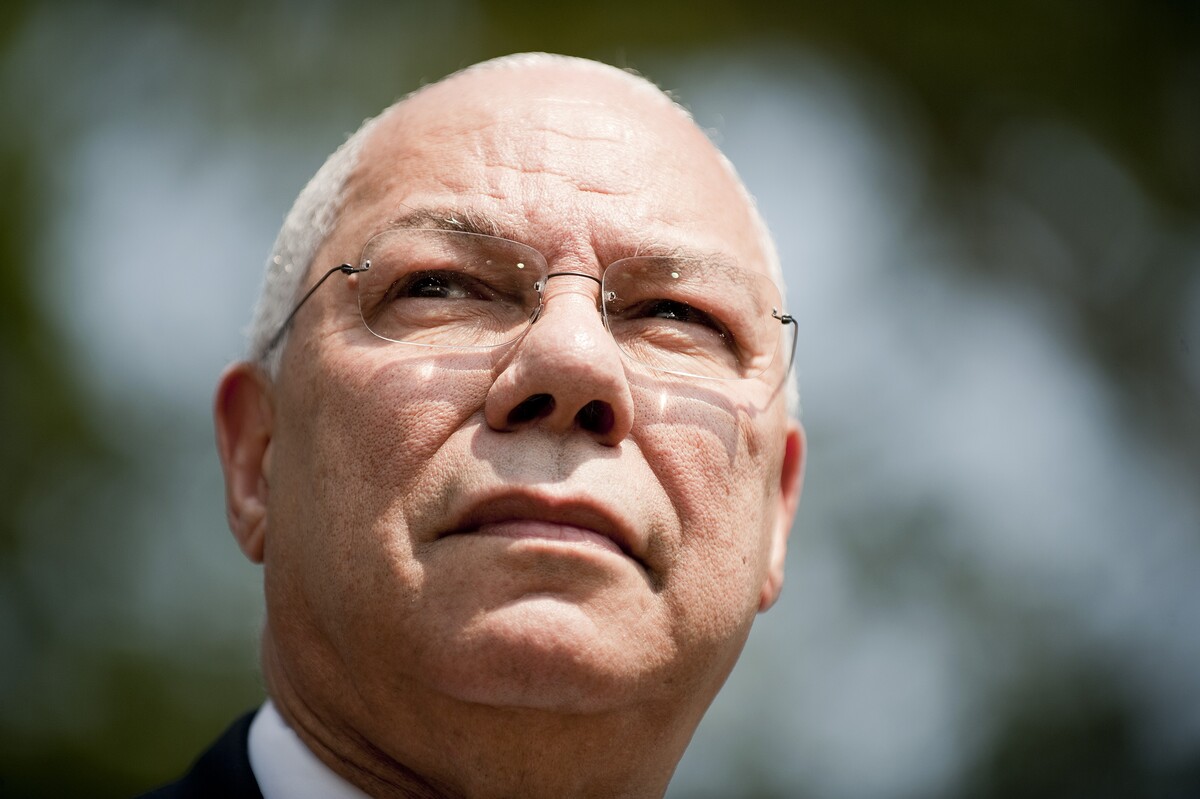 Former Secretary of State Colin Powell has a message for the Republican Party: "We have to become more respectful of each other."

Speaking on the death of former first lady Nancy Reagan, Powell said he believed she would be "disturbed" by the way her husband's legacy is invoked by some people today. Powell spoke in an interview with NPR's Michel Martin on All Things Considered.

Referring to the "civility" and "lack of any nastiness" he saw in Ronald Reagan, Powell, who served as Reagan's national security adviser, decried the tone of the current Republican presidential campaign. "To stand there and do junior high school tricks on one another is belittling the country and belittling the office to which they are striving," he said.

As recently as last Fall, Powell insisted that he remains a Republican, even though he supported Barack Obama in both the 2008 and 2012 presidential elections.

In both of those campaign years, Powell spoke out critically about the rhetoric of the GOP. "In 2008, I spoke out against calling the president a Muslim as if that was a curse. I don't know anything in the Constitution that says Muslims are bad," Powell said.

In 2012, Powell spoke out against "a level of intolerance in some parts of the party — and there was. And I think there still is."

Powell did not name any specific candidates while laying out his criticism.

There was huge buzz around a possible run by Powell for the GOP nomination in 1996, when he enjoyed immense popularity after serving as chairman of the Joint Chiefs of Staff during the 1991 Gulf War.

Powell declined to run and later served as secretary of state under President George W. Bush from 2001 to 2005. Powell delivered to the United Nations the administration's evidence that Iraq possessed weapons of mass destruction, which proved faulty. Powell later referred to that episode as a "painful" memory. 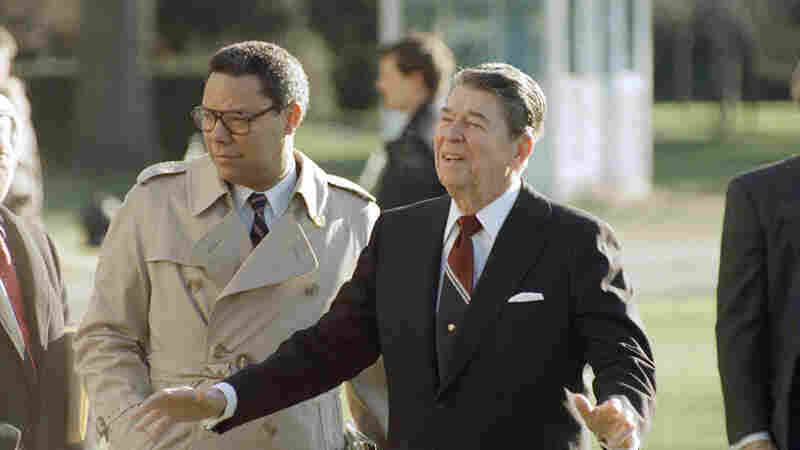 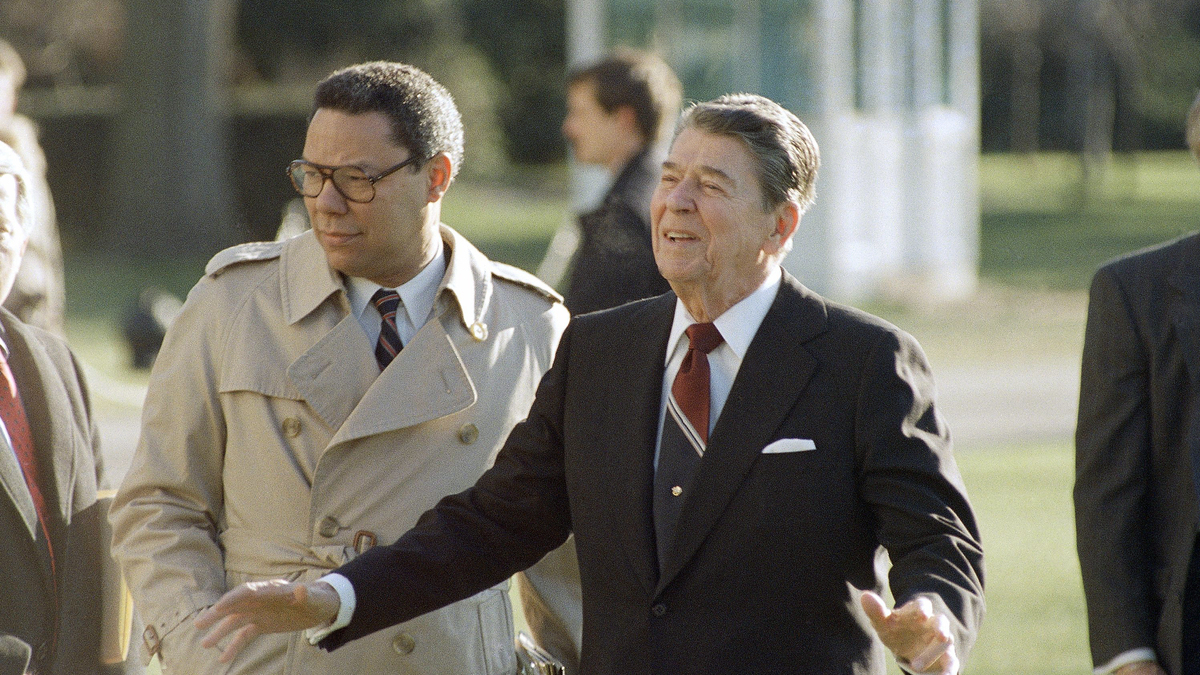 Colin Powell, during his time as national security adviser, accompanies President Reagan as he leaves the White House on Dec. 16, 1988.

He stepped into the Reagan White House during a time of embarrassment over international affairs. Powell became national security adviser in 1987 at the height of the Iran Contra scandal, which erupted over secret operations that included an arms sale to Iran in exchange for American hostages being held in Lebanon.

Powell recalled it was the late first lady, Nancy Reagan, who finally got President Ronald Reagan to admit to and apologize for the operation. "A lot of people went in to tell him, 'Mr. President, you've got to do this,' but at the end of the day I think it was Nancy who finally pushed him over the edge," he said.

He remembered Mrs. Reagan's role in the White House positively: "Her instincts were usually very, very good — politically, in common sense and in terms of how the public would respond, and she was the one who would sort of push the issue, and she'd push him."

Mrs. Reagan has often been referred to as her husband's protector, a role Colin Powell saw up close. "It was important for us to keep both of them happy, and I think we did a pretty good job," he said.

The times when Nancy Reagan wasn't by her husband's side were not good, according to Powell.

"She would occasionally go off to New York to visit with friends and to do shopping, and she'd be gone for several days. By day two, we could see the president starting to fret," Powell said. "By day three, we would chat with each other and somebody would say, 'Call New York and get her home,' doing it in the most polite, proper way, of course."

After leaving the White House, Powell said, Mrs. Reagan let her guard down a bit, and their friendship grew.

"I think they were the most gracious and charming president and first lady," Powell added.

As the political world once again reflects on the example set by the Reagans in the wake of Mrs. Reagan's death, Powell said he hopes "perhaps this would calm the temperature a bit in our public debate now."