Accessibility links
Live: Reinventing The American City — Who Wins, Who Loses? The transformation of Pittsburgh echoes the triumphs and challenges of cities across the country where gentrification is changing neighborhoods after a generation of economic decline.

Pittsburgh was named as one of the most livable cities in the United States by the Intelligence Unit of The Economist magazine. That title makes many residents proud, but who exactly is the city "livable" for?

Decades of industrial power and production made Pittsburgh into the steel capital of the world, beginning in the late 19th century. However, the city suffered a steep economic decline in the 1980s after America began importing more steel. Today, Pittsburgh is rebuilding with a new focus on research, technology and the arts. That's bringing prosperity for some, but it is displacing long-term residents and threatening the identity of established — and even historic — neighborhoods. 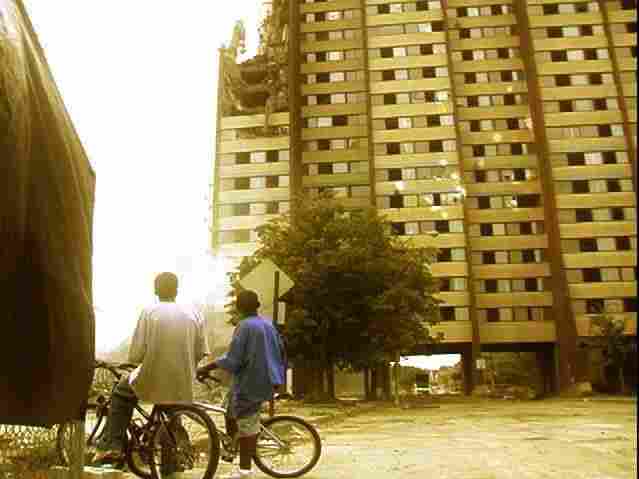 This still from the documentary film East of Liberty shows two young boys in Pittsburgh looking up at a building facing demolition. Courtesy of Chris Ivey hide caption 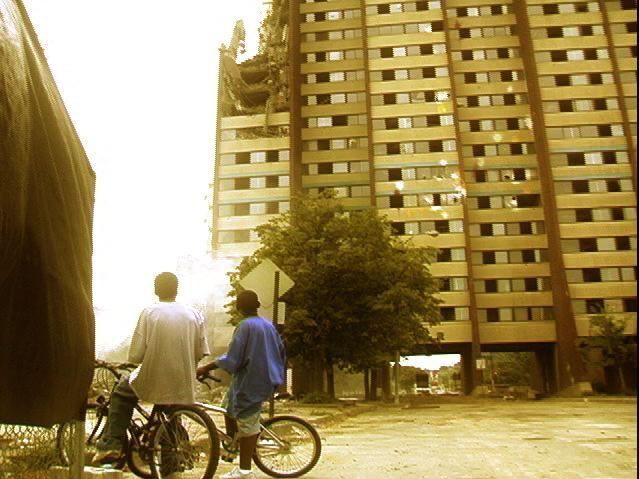 This still from the documentary film East of Liberty shows two young boys in Pittsburgh looking up at a building facing demolition.

Tonight, Tuesday, March 8 at 7 p.m. ET, I'm in Pittsburgh to focus on these issues with the people who know the city best. In collaboration with Pittsburgh member station WESA, Going There: Reinventing the American City will feature a night of lively storytelling with established residents and passionate newcomers, music and more. We also take the conversation to social media with a live Twitter chat, beginning at 6 p.m. ET with the hashtag #LivableCity.

Betty Cruz @WelcomingPGH, deputy chief of special initiatives in the office of Pittsburgh Mayor William Peduto. One of the projects she manages is Welcoming Pittsburgh, an initiative focused on improving the lives of immigrants in the community.

Karris Jackson @karrismjackson is vice president of programs at the POISE Foundation, an organization focused on supporting the African-American community.

Sue Kerr @PghLesbian24, founder and editor-in-chief of Pittsburgh Lesbian Correspondents blog. She is also currently curating the #AMPLIFY project, an archive of Q&A posts with queer and trans neighbors from the 26 counties of Western Pennsylvania.

Justin Laing @jdlaing is the senior program officer in the Arts and Culture Program of The Heinz Endowments, a private foundation that supports programs in Southwestern Pennsylvania.

Kim Lyons @SocialKimLy, writer and editor at NEXTpittsburgh, a website dedicated to the latest innovations in Pittsburgh.

LaToya Ruby Frazier is a photographer and visual artist with a focus on a range of topics including Rust Belt revitalization, environmental justice and family history. Frazier was a 2015 recipient of the John D. and Catherine T. MacArthur Foundation Fellowship, also known as the MacArthur "genius" fellowship.

Bill Generett Jr. is president and CEO of Urban Innovation21, a partnership that links successful innovation economy clusters with the needs of inner-city communities.

Chris Ivey is an award-winning filmmaker, known internationally for his documentary series East of Liberty, which focuses on race, class and gentrification fears in Pittsburgh.