Accessibility links
On Race, Sanders And Clinton Stumble But Engage The Vermont senator has been drawing criticism for saying at Sunday's debate, "When you're white, you don't know what it's like to be living in a ghetto."

On Race, Sanders And Clinton Stumble But Engage

On Race, Sanders And Clinton Stumble But Engage 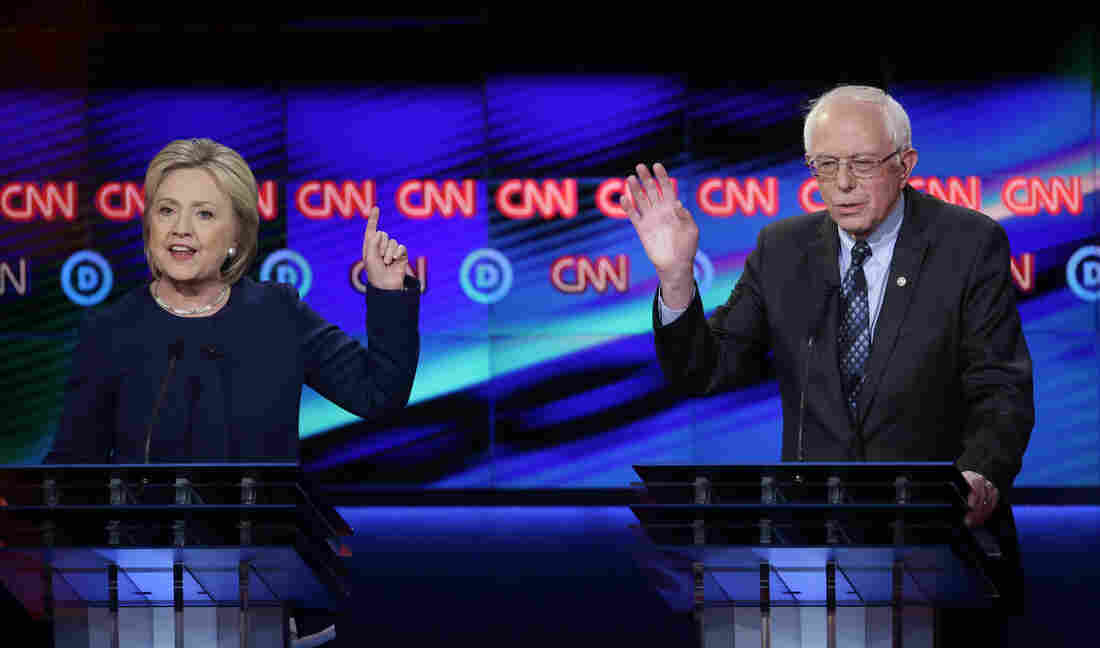 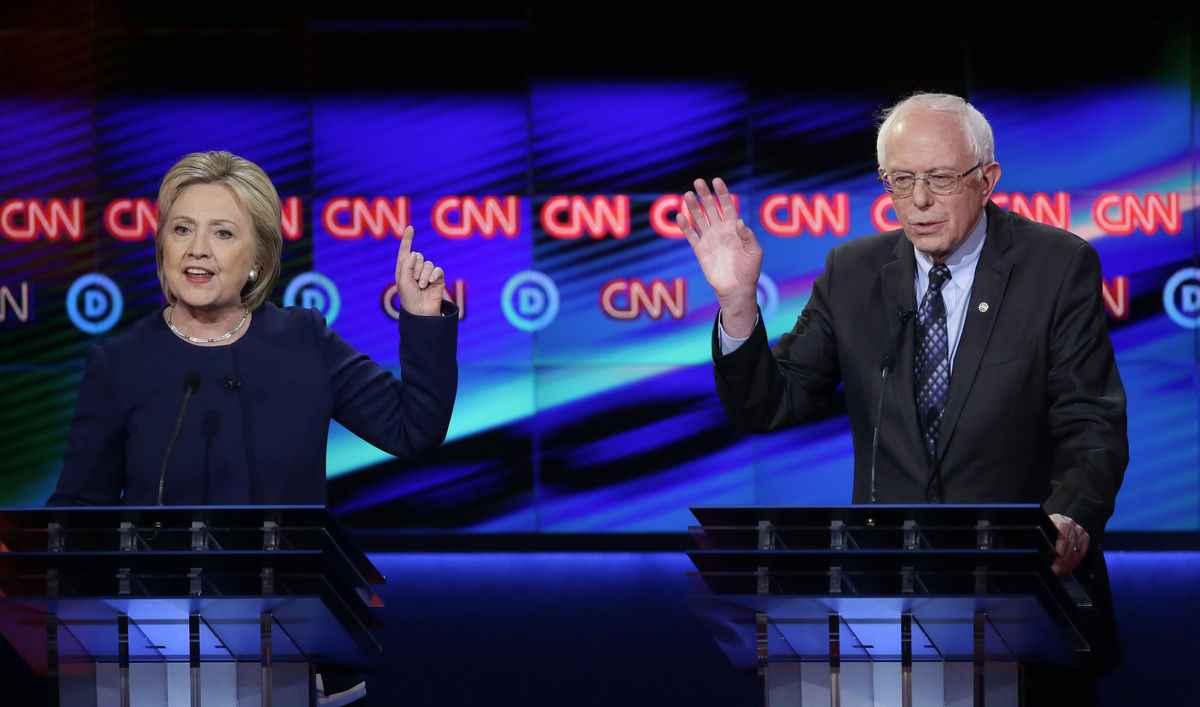 At Sunday night's Democratic debate in Flint, Mich., the candidates spent a considerable amount of time talking about that city's water crisis, as lead poisoning continues to affect Flint's majority black population. Hillary Clinton and Bernie Sanders also spent a lot of time talking about race and disparities endemic to the black community.

At one point toward the end of the debate, CNN's Don Lemon asked both candidates to talk about any "racial blind spots" they might have. Both seemed to give thoughtful answers, but one particular line from Sanders drew rebuke.

Some of Sanders' wording was pointed out as problematic. For one, lots of white people are poor, too. And not all black people are poor, either. (The Kaiser Family Foundation found the poverty rate for blacks in America to be 26 percent in 2014, the highest percentage of any racial group, but still, not a majority of blacks.) And the word "ghetto" itself is seen by some as problematic, racially coded and outdated.

The stumble comes at a time when Sanders is trying hard to appeal to black voters in Michigan ahead of that state's primary Tuesday. His campaign is hoping that Sanders' message of economic equality and his opposition to free trade deals like NAFTA and the Trans-Pacific Partnership will help him win over black voters in the Great Lakes State.

Sanders' comment speaks to a problem he has been encountering throughout the entire campaign, according to Andra Gillespie, who studies race and politics at Emory University — difficulty in disconnecting race from class. "That's kind of the fundamental problem between some blacks and white progressives," she told NPR, "this notion that white progressives think about class so much, that they forget there there's class diversity within African-American communities. And that there are ways that racism affects blacks regardless of their class status."

Another part of Sanders' difficulty in talking about race might come from his background. As a senator from Vermont, he has not had to serve a large black constituency. Of course, Sanders was very active in the civil rights movement in the 1960s, even being arrested for his activism; but that was decades ago. Clinton, on the other hand, has spent time in Arkansas and South Carolina over the course of her career, states with sizable black populations. And she is married to Bill Clinton, a man many claim has a special relationship with black voters.

Clinton stumbled over race Sunday night, too. She was challenged on her support of two of her husband's signature policies: the so-called crime bill of 1994, and his welfare reform bill of 1996. Critics say both of those laws disproportionately hurt black families and sent large numbers of black people to prison for nonviolent offenses.

Clinton was also questioned over her use of the word "superpredators" in supporting that crime bill. In a 1996 speech, she argued that America must take back its streets from "crime, gangs and drugs" and organize against "the kinds of kids that are called superpredators," who according to her have "no conscience, no empathy." Clinton said law enforcement had to "bring them to heel."

During the debate, Clinton said that that was a poor choice of words and that she wouldn't use that phrasing in the future. She also said she had some problems with the '94 crime bill.

For months now, Clinton has faced questions over those two bills, and her husband's record. And it seems to have caught her campaign off guard; in previous presidential elections, things like the crime bill and welfare reform were either seen as positives or almost entirely forgotten by Democrats. And Clinton's relationship was thought to be airtight.

Sanders, for his part, has sought to clarify his use of the word ghetto since the debate. On Monday, he said, "What I meant to say is when you talk about ghetto, traditionally, what you're talking about is African-American communities. There's nobody on this campaign ... who has talked about poverty — whether it is the white community, the black community, the Latino community — more than I have. We have 47 million people living in poverty in America. And in the wealthiest country in the history of the world, that is a disgrace. I've talked about that more than anybody else."

However voters respond to Sanders' comments on race, and Clinton's comments on Bill Clinton-era policies, one thing stood out: This election cycle, Democrats are talking about race and issues important to black people a lot. Flint, race and inequality dominated Sunday's debate; at the latest GOP presidential debate, Flint occupied only one question.

Some of the discussion on race is a direct result of Super Tuesday and the way that calendar prioritizes Southern states like South Carolina that have large numbers of black voters. That's ironic, because when it was initially created, Super Tuesday was meant to give more voting power to Southern conservatives.

Something else stood out Sunday night as well: the way Sanders and Clinton both felt fully empowered to engage on race and issues affecting black America almost the entire night. One could imagine a 2008 presidential candidate Barack Obama, struggling to appeal to white moderate voters and not appear "too black," being reluctant to do the same.